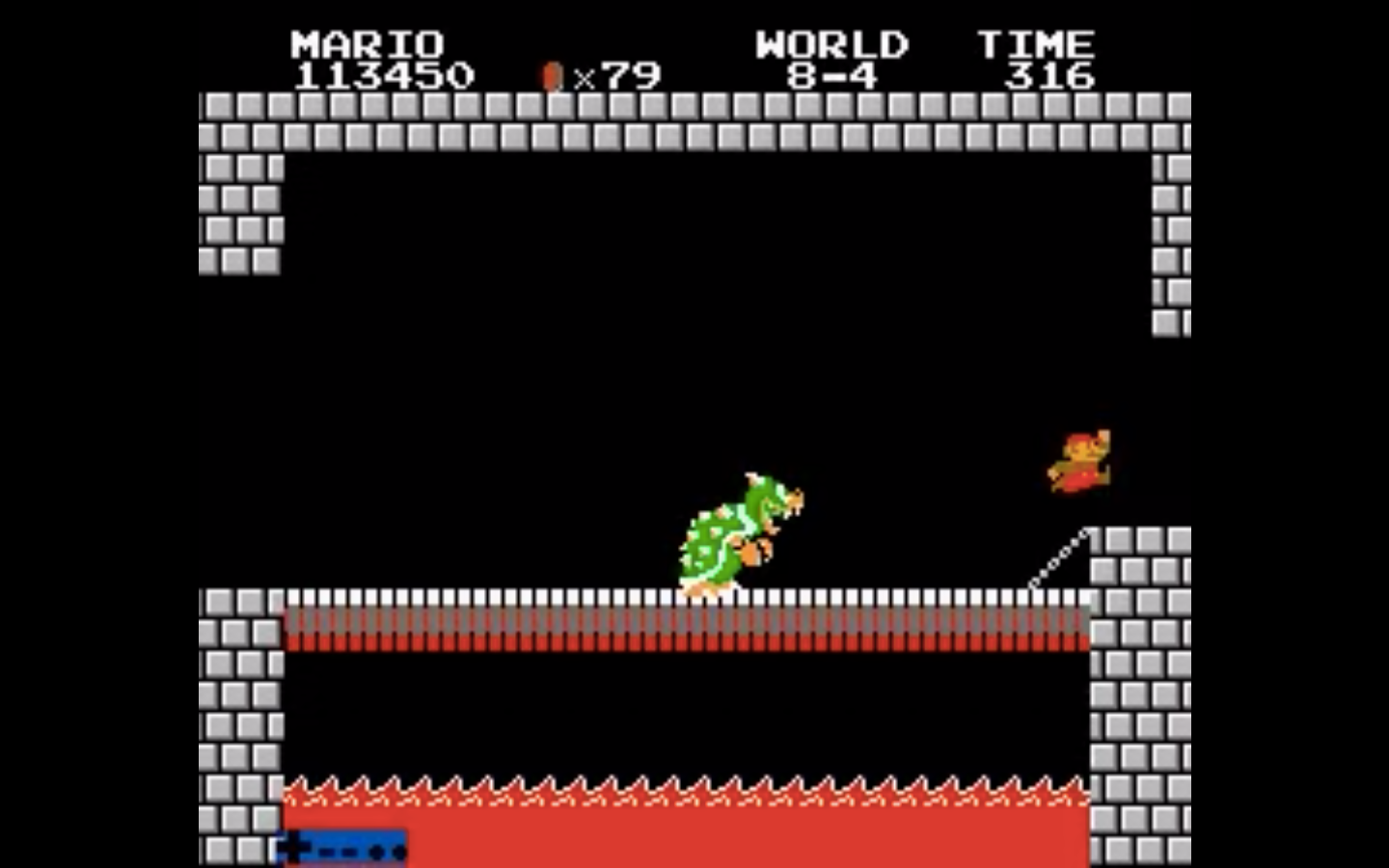 A tool-assisted Super Mario Bros. speedrun category that had seen no significant improvements for years may be getting a second wind after a single-frame improvement submitted by runner Maru370.

Super Mario Bros. speedrunning is a highly popular activity, and today has hit a point where every significant improvement made is down to a matter of milliseconds. The current record for an RTA, or “real-time attack” speedrun performed by an actual human, is 4 minutes, 55 seconds, and the first- and second-place runners are separated by only a couple hundred milliseconds.

If it’s that tight for runs done with human hands, you can see how a single frame could make a difference in a TAS, or tool-assisted speedrun, in which a sequence of programmed inputs is used to get extremely precise results, allowing for tricks that might be too fast, precise, or otherwise not worth the risk of failing for a human runner.

Maru370 has submitted a new record for the “tool-assisted speedrun with real-time-attack rules.” That means that the speedrunner can’t use anything in the run that a human wouldn’t theoretically be able to do on an NES controller. In the case of Super Mario Bros., the run can’t use a trick in which the left and right inputs are pressed at the same time to increase Mario’s movement speed. Since the run uses these rules, one could consider it a theoretical best time for regular RTA runs, meaning the potential best time in the category has improved by just that much. Of course, that doesn’t make it any more likely that a player will perform the run perfectly enough to reach that time.

What keeps these strictly timed runs close is a mixture of years of optimization and what’s known as the “21-frame rule.” There are essentially set intervals which affect the loading time upon completing a level. As the TASVideos website explains it, “every time the screen blacks out (entering a new level), the game delays for a varying amount of time. The delay is actually calculated so that the current playing progress will be rounded up to [the] next 21-frame boundary.”

In other words, any time you finish a Super Mario Bros. level and move on to the next one, there’s a sort of frame timer that must run out the rest of the way before the next level begins. Therefore, it won’t help to shave off one or two frames on most levels, since those frames will just be added in to the screen blackout time before you start the next one. The only exception is the final level of the game, Bowser’s castle, since the speedrun timer stops at the precise moment that Mario touches the axe at the end of the level.

Therefore it was that final level, World 8-4, that Maru focused on. Specifically, he found an improvement in what is known as the “turnaround room,” a section of the level in which Mario needs to double back on his path and go down a pipe that he already passed to continue. “The improvement comes from the turnaround room in 8-4 and stopping on the floor one frame earlier while still being able to scroll the screen far enough for the wrong warp to work,” Maru explained on the game’s Speedrun.com forum.

As a result, the theoretical best possible time for these runs has improved by exactly one frame, or 20 milliseconds according to RTA timing. The previous record, held by runner HappyLee, had been in place for at least a few years.

According to Maru, there are also unoptimized frames in other levels, like 1-2 and 4-2. These were left as-is in Maru’s run because they wouldn’t have actually affected the frame rules and therefore wouldn’t have affected the overall timing of the run. It’ll be interesting to see if the new discovery bolsters interest in the category, which still garners plenty of interest and gets a number of new run submissions.