AVerMedia’s Live Gamer Mini is a small, black box. Plug its USB cable into your PC. Run an HDMI cable from your game console to its HDMI in, then another HDMI from its HDMI out to your TV and monitor. Load the software and boom: You’re recording 1080p, 60-frames-per-second game footage.

There are external capture cards on the market that are more powerful than the Live Gamer Mini. Some have internal storage and can record to an SD card. Others are capable of recording 1080p at up to 240 frames per second, or 4K at 30 or 60. But the higher the resolution, the higher the PC system requirements. The more features a card has, the more it costs.

The Live Gamer Mini runs $179 at retail, on the very low end of good-quality HDMI capture devices. It also does not require much of a user’s PC.

The capture box I regularly use, the AVerMedia Live Gamer Ultra, is a beast compared to the Live Gamer Mini. It’s does 4K. It supports HDR video, even passing it through to my television. It also requires at least an Nvidia Geforce 1060 card in a desktop and a 1050 Ti when attached to a laptop.

It also requires USB 3.0, which can be finicky even in recent systems, and unless I use exactly the right cable, it won’t work at all. When it all comes together, without lag or the strange audio desyncing issues I get occasionally, it’s excellent. When it doesn’t, I like having the Live Gamer Mini as backup. 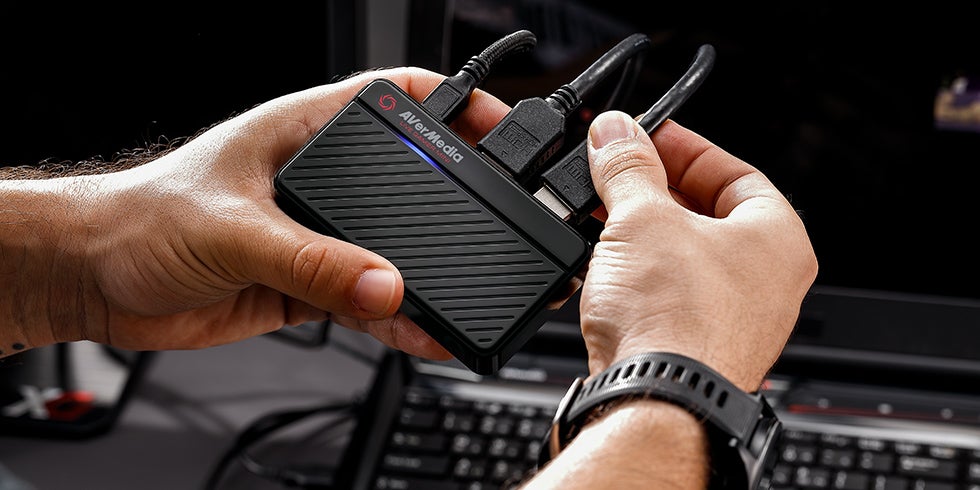 For me, the best thing about the mini is it uses a USB 2.0 connection. It doesn’t need a lot of bandwidth or speed to record simple 1080p video. I can reach behind my computer and plug it in blindly, not worrying that I might be plugging it into an incompatible USB port. 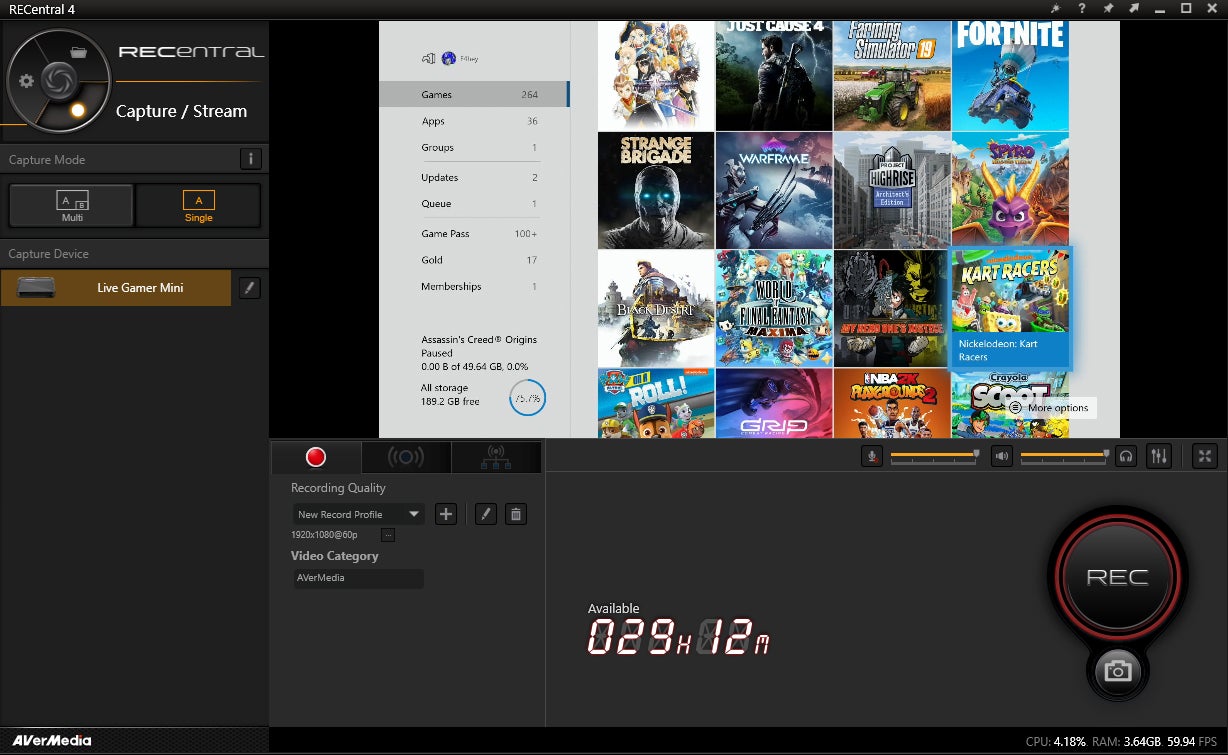 The software, the same Recentral program used with all of AVerMedia’s capture hardware, is super simple to use. See the big “REC” button? Push that. Or hit the camera button for a screenshot.

The results are great. Not perfect, not the end-all, be-all of video capture, but good enough to embed in this post and show off not once…

It’s easy and relatively worry-free. If you know absolutely nothing about streaming or capturing gameplay footage, the AVerMedia Live Gamer Mini is an excellent way to get started.