It’s one thing to convince yourself that you want to know the truth about a situation — and another to actually follow through on that desire and seek out revelatory information.

There are times when having a fear of the truth is justified, because the consequences of learning it might be devastating. But for the heroes of this week’s best new comics, the situations they’ve found themselves in make it so that running from the true nature of things isn’t an option. A group of talking animals explaining that a horde of demonic rats are lurking in the ground of a graveyard. (Image: Jill Thompson, Dark Horse Comics)

Beasts of Burden: The Presence of Others

In writer Evan Dorkin and artist Jill Thompson’s Beasts of Burden: The Presence of Others, teenagers Sabina and Russell follow their dad into the strange town of Burden Hills, where each of them experiences all manner of psychic phenomena related to the powerful magic coursing through the land.

When a local man turns up dead, all signs point to his being murdered by dogs — which isn’t all that out of the ordinary, considering Burden Hills is home to more than a few intelligent talking dogs who’re embroiled in an ongoing war with other anthropomorphic animals aligned with the forces of evil.

As kitschy as Beasts of Burden’s premise is, Thomoson’s brutally-rendered gore never lets you get too comfortable with the story, and reminds you just how dangerous and horrific a place Burden Hills is for humans and animals alike (Evan Dorkin, Jill Thompson, Dark Horse Comics) 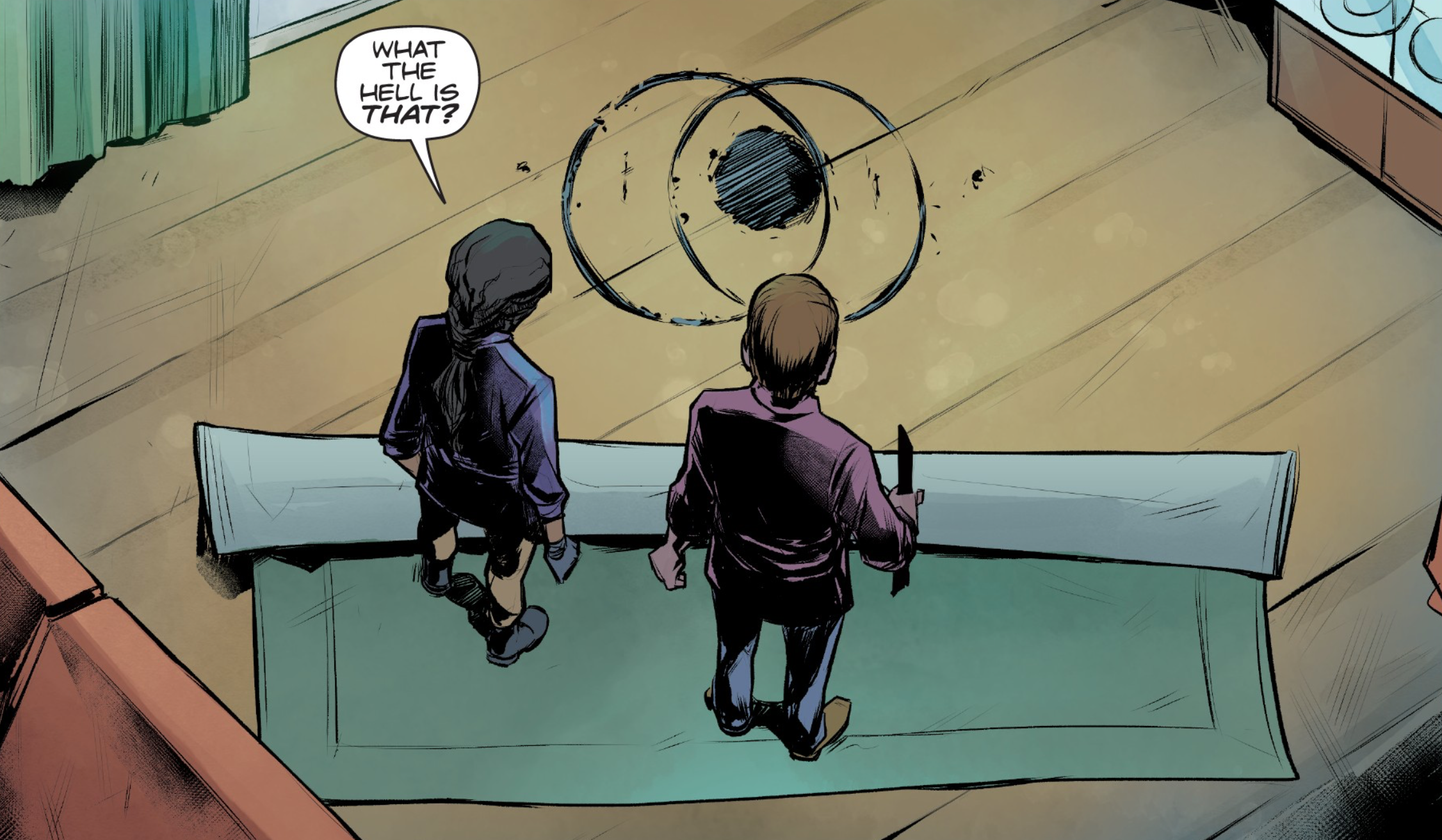 Before David and Amanda, the heroes of Aftershock’s Descendent — from writer Stephanie Phillips, artist Evgeniy Bornyakov and colourist Lauren Affe — became estranged, the pair bonded over their shared fascination with conspiracy theories.

Though Amanda is reluctant to admit it, David’s willingness to believe in the unbelievable was a large part of what originally drew the two together, and it’s what reunites them after the child of a high-profile senator is kidnapped and held for ransom.

Strange as it is to believe, the sole clue about who kidnapped Senator Carter Miller’s child lies in the past, specifically in the symbol that was signed onto each and every single one of the letters allegedly written by the people who kidnapped the Lindbergh baby back in 1932.

After years of being told that his faith in conspiracies was wholly misguided, David is presented with a puzzle he’s been waiting his entire life to unpack, but as he and Amanda embark upon their task, it quickly escalates into a race against time as more children begin to go missing. (Stephanie Phillips, Evgeniy Bornyakov, Lauren Affe, Aftershock Comics) 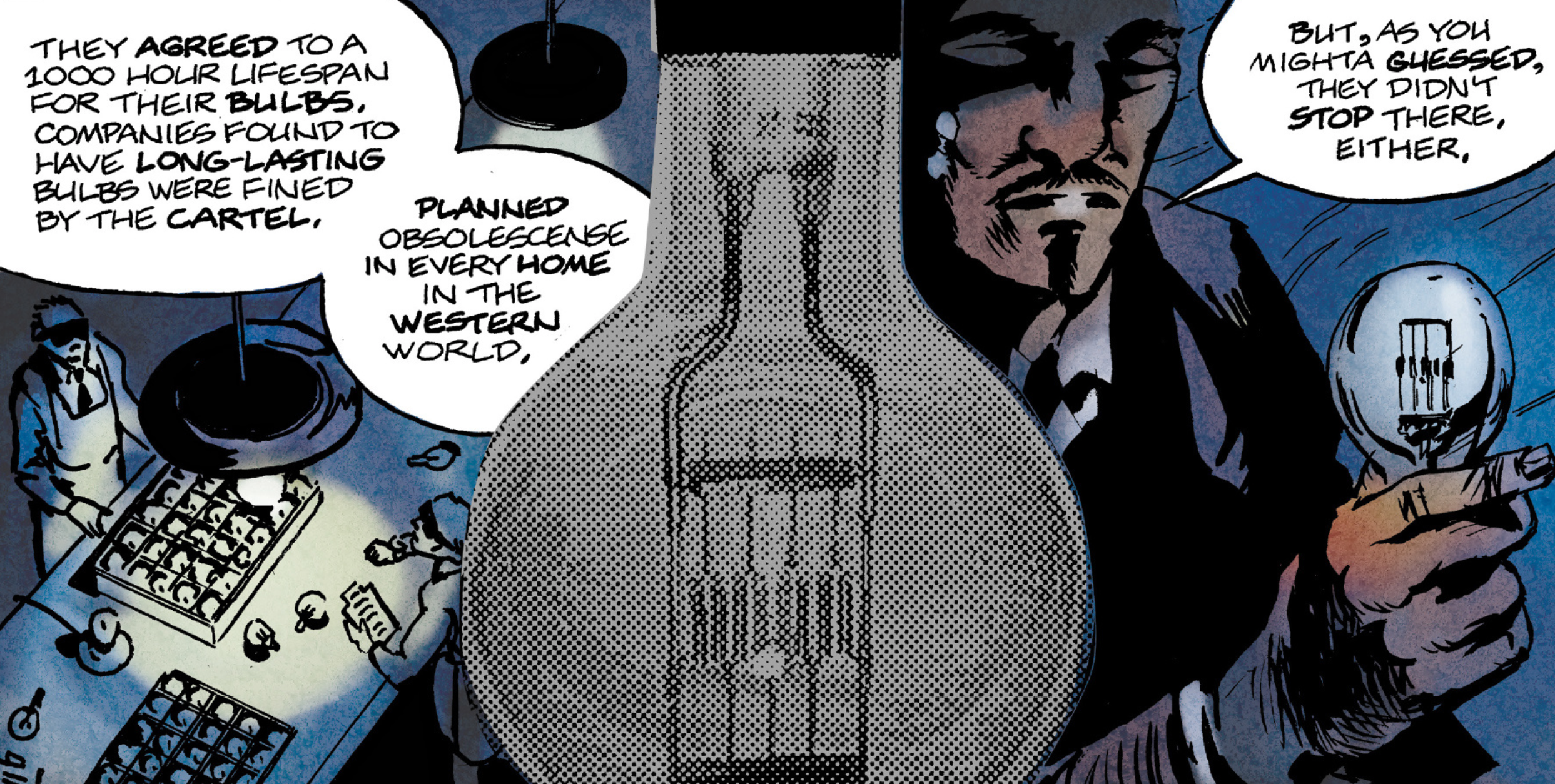 Nobody Is in Control

After working a long career in radio for years, the only thing Richard wants out of life to be able to relax in peace on his tranquil Georgia property located deep in the woods — a place where he isn’t at all accustomed to encountering other people.

But as Black Mask Studios’ Nobody Is in Control (from writer Patrick Kindlon and artist Paul Rucker) opens, a strange person is exactly what Richard finds skulking around, and when he cautiously asks the man who he is, he’s met with a barrage of bizarre theories about all sorts of secret societies, assassinated presidents and chemtrails.

Against his better judgement, Richard follows the man, Nick, deeper and deeper into the woods, all the while becoming less and less confident in the stranger’s sanity, and perhaps his own.

By the time the pair have made it to wherever it is that Nick’s leading them, Richard’s no more confident in his own grasp on reality than Nick’s, but it’s in that moment that the truth reveals itself to the both of them. (Patrick Kindlon, Paul Tucker, Black Mask Studios)