Everything We Learned Today About Google Stadia

The upcoming streaming platform Google Stadia won’t just follow the Netflix model, as many fans had hoped. It will instead have both a subscription and games for sale individually, as Kotaku previously reported. Here’s everything we learned today during Google’s “Stadia Connect” stream.

Stadia, which was announced in March, is a streaming platform designed to let you play games without a high-end console or computer. If it works as promised, it’ll let you plug a Chromecast into your television and access games through the cloud, no hardware required. The base subscription price is $US10 ($14)/month, with a free version planned for next year, and a Founder’s Edition bundle available for $US130 ($186) this November when Stadia launches.

It’ll be a slow rollout, Google says—you’ll need that Founder’s Edition to play in 2019—the platform won’t open up further until 2020. You won’t be able to subscribe to the standard Stadia Pro subscription until next year, either.

In an official stream today, Google detailed the pricing, game lineup, and other specifics. First of all, here’s how your connection will correlate with your Stadia resolution: 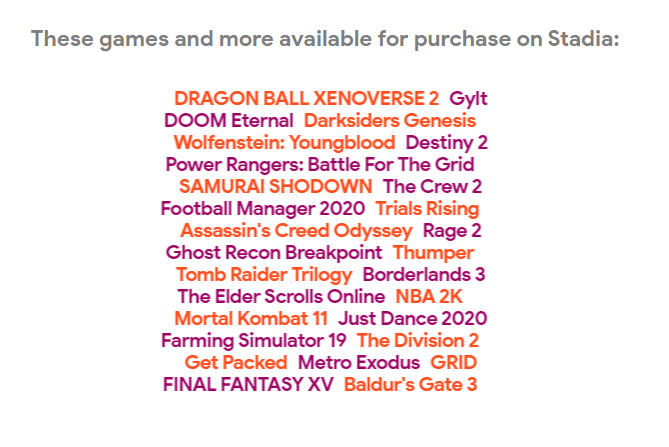