Powerful sorcerer, vile betrayer and all-around not nice guy, Shang Tsung returns in Mortal Kombat 11 as a downloadable fighter. Sporting both the voice and the look of Cary-Hiroyuki Tagawa, the actor who famously portrayed him in 1995’s Mortal Kombat movie, this version of Shang Tsung’s got the moves and magic to make him a formidable foe. There’s both an older and a younger looking version of the character, as well. Yesterday’s Kombat Kast stream dropped these and other fresh details on the menacing magician.

According to lore delivered by Netherream’s Stephanie Brownback during the Kombat Kast presentation, Shang Tsung isn’t technically a new addition to Mortal Kombat 11. When the villain Kronika pulled kombatants from the past into the present, Shang Tsung was there. Knowing Shang Tsung’s rocky history with allies (he betrays everybody!), Kronika decided to lock him away for safekeeping. Now that Kronika’s been defeated, Shang Tsung is free to enter the fray once more.

Well, he’s not free, exactly. He’s part of the game’s first Kombat Pack, a season pass that gives players access to six new fighters over time. He is the first, to be followed by Mortal Kombat fan favourites Sindel and Nightwolf, guest character Spawn (voiced by the legendary Keith David) and two unannounced guests.

Without knowing those last two guests, I’m still most excited for Shang Tsung’s return. Fans seem pretty impressed as well. Redditor Kageoth is impressed by how well the developers have captured Cary-Hiroyuki Tagawa’s likeness, putting together this image for easy comparing and contrasting. 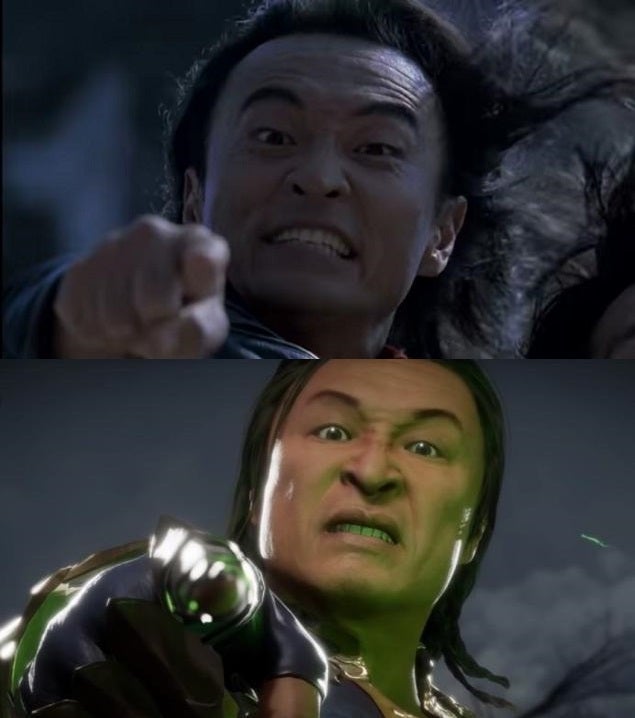 He’s missing a few wrinkles, but that’s nothing a few decades of ageing can’t fix. Like many other time-tossed characters in the game, players can choose between young Shang Tsung, as seen in the Mortal Kombat movie, or an older, more wizened version. 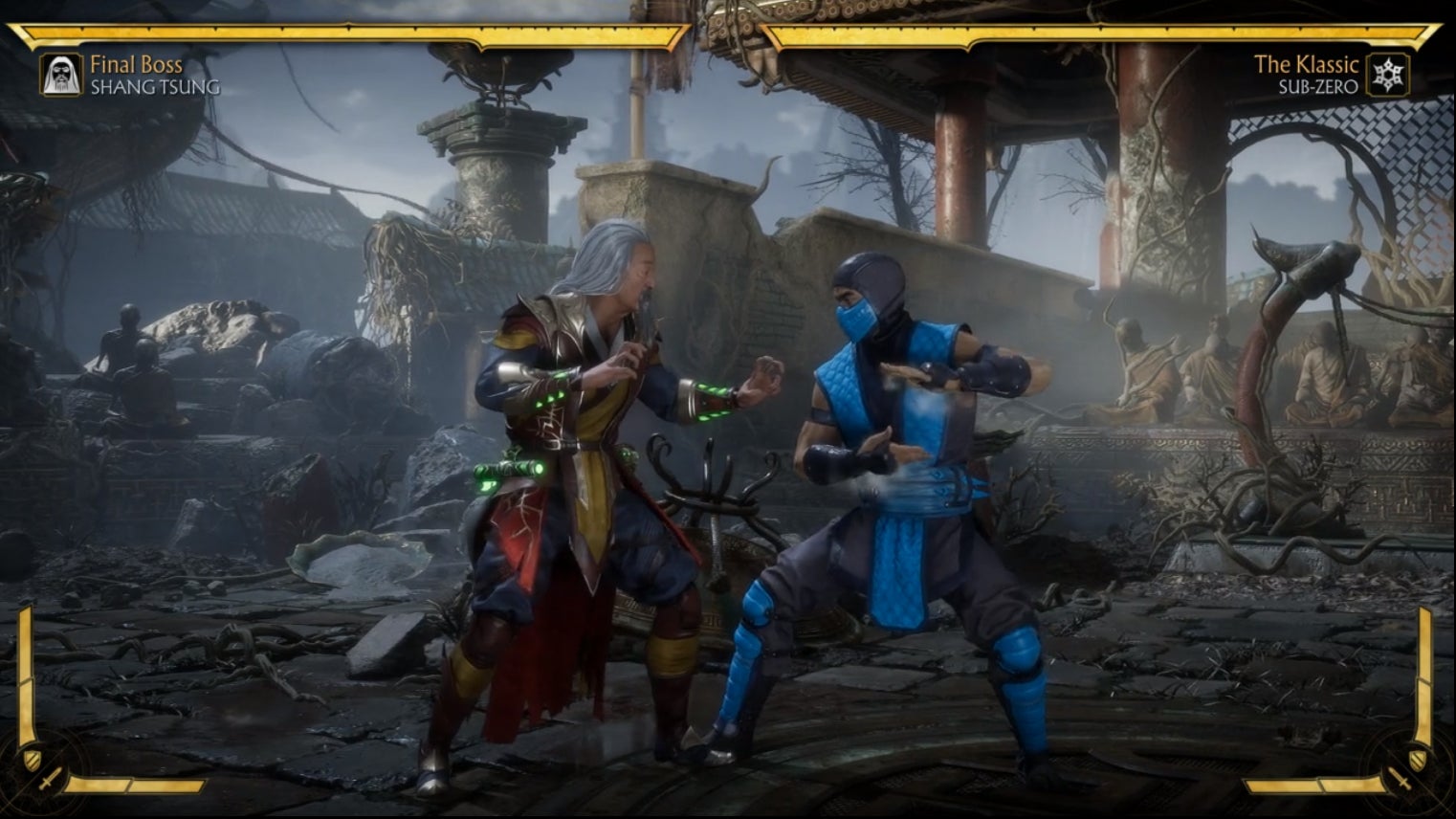 Not bad for an old man. My Shang Tsung, however, will be sporting this awesome ensemble lifted straight from the film. 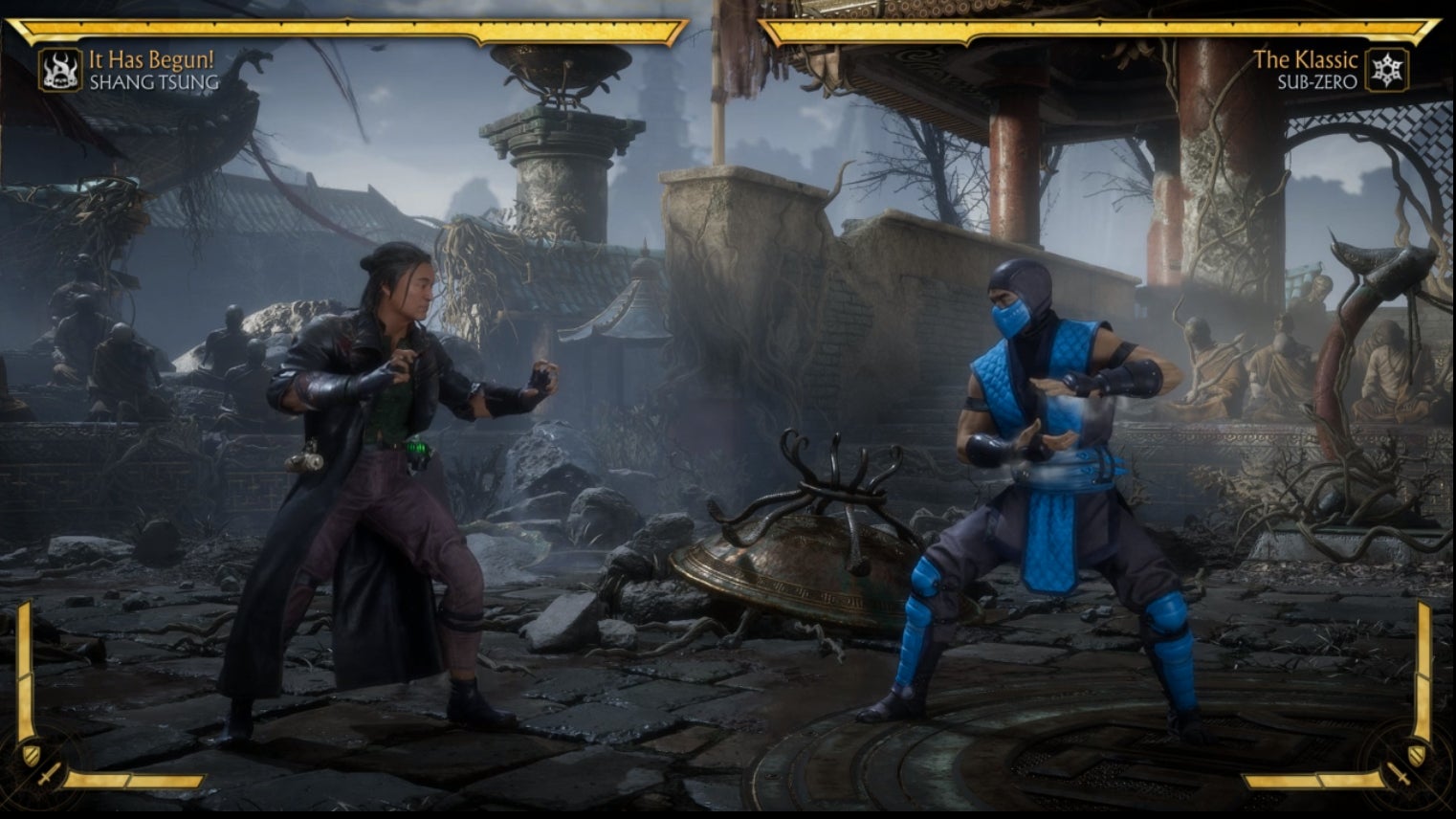 It’s not just the look at movie tie-ins that have me excited about Shang Tsung. Netherrealm has given the characters moves a strong magical focus. He still hits and kicks as per normal, but there’s a lot more fire and soul-draining going on. One of his moves involves summoning a wall of flame after reading a magical scroll. His basic throw does less damage than other characters but heals the sorcerer for the difference. He’s shaping up to be the most Shang Tsung ever.

Now all we have to do is wait for Netherealm Studios to FINISH HIM.