Amidst Controversy, Twitch Confirms That Breastfeeding On Stream Is Allowed 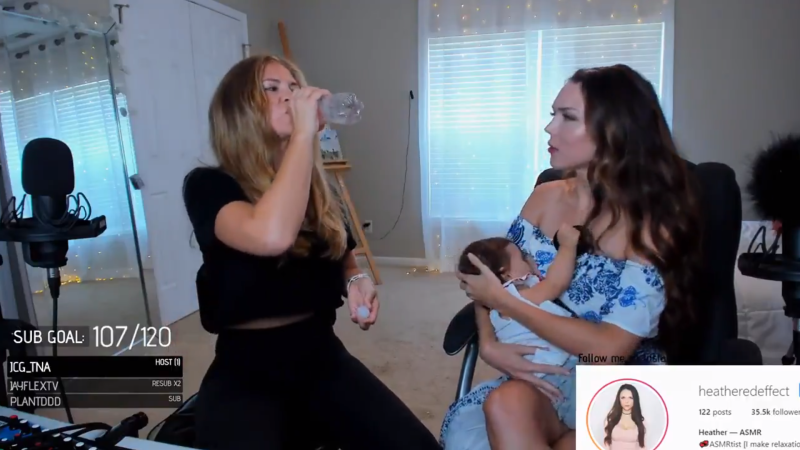 Last week, Twitch partner Heather “HeatheredEffect” Kent breastfed her baby while talking to a friend and streaming on Twitch. She didn’t try to draw attention to the act. She did it then and there simply because babies gotta eat, too. However, Twitch ended up deleting a clip of the moment, and the incident sparked a debate about whether or not breastfeeding should be considered sexual content. Now Twitch has weighed in, saying that breastfeeding does not violate its terms of service.

“I think it’s amazing that we were able to influence a huge company like Twitch,” Kent said in an email to Kotaku. “This is such an amazing win.”

Twitch reached out to Kent in an email, which she forwarded to Kotaku. In it, the company explained that the Safety Ops team member that decided to remove the clip was put in a “difficult position,” since they had to make a judgment call about something “that has not previously occurred on Twitch.” Discussions between internal Twitch teams followed, and they collectively decided that breastfeeding on the platform is, in fact, allowed by Twitch’s terms of service

“As you so eloquently put it ‘breastfeeding is not lewd’ and we agree with you,” read the email. “I hope that clears your mind of concern, you did nothing wrong.” In the near future, Twitch plans to update its community guidelines to be more explicit about what is and isn’t allowed.”

On Twitter, Kent thanked streamers and others who had her back while people accused her of using her child as a means of bypassing Twitch’s rules around sexualised content.

“Moral of the story: Never back down for the things you believe in regardless of the backlash you receive,” she said. “You can make a difference.”