A Look At The Next Wave Of Comixology Originals 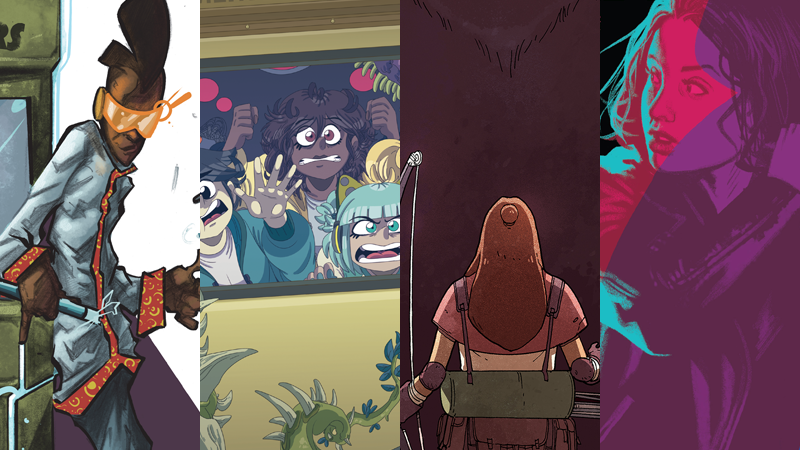 San Diego Comic-Con only gave us a small snifter of what was to come out of Comixology’s latest round of creator-owned comics series, but we can reveal four more titles coming to the digital retailer’s line of original books.

We’re excited to reveal that the next wave of Comixology Originals will kick off next month. One of each title — all five-issue miniseries — will debut every week in September, so you’re never going to be far away from a new series to discover as the month progresses, from cyberpunk futures to mystery thrillers, it’s going to be a fun time!

Starting on September 4 there’s Breaklands by The Strange Talent of Luther Strode’s Justin Jordan, with art by Tyassetta, colours by Sarah Stern, and lettering by Rachel Deering, a story set 150 years in the future where everyone in the world has powers — except a young woman named Kasa Fain, on the hunt for her missing brother.

It’ll be followed on September 11 by Field Tripping from James Asmus and Jim Festante, with art by José García and lettering by Ryan Ferrier, which essentially sounds like Rick and Morty meets The Magic School Bus, as a teacher and her students travel across the multiverse exploring alternate worlds in an interdimensional school bus, constantly seeking a way to return to their own reality. Next up on September 18 is mystery thriller The Black Ghost, from Lethal Lit creators Alex Segura and Monica Gallagher and featuring art by George Kambadais, colours by Ellie Wright, and lettering by Taylor Esposito, which sees a journalist on the trail of a masked activist known only as The Black Ghost, forced to contend with her own personal demons as she gets ever closer to her big story.

Finally, on September 26, there’s Vita Ayala and Danny Lore’s Quarter Killer. Featuring art from Jamie Jones and lettering by Ryan Ferrier, Quarter Killer follows Quentin Kidd, a computer hacker navigating a seedy cyberpunk world who only accepts quarters — one of the last remaining untraceable currencies of the old world — as payment for their work. 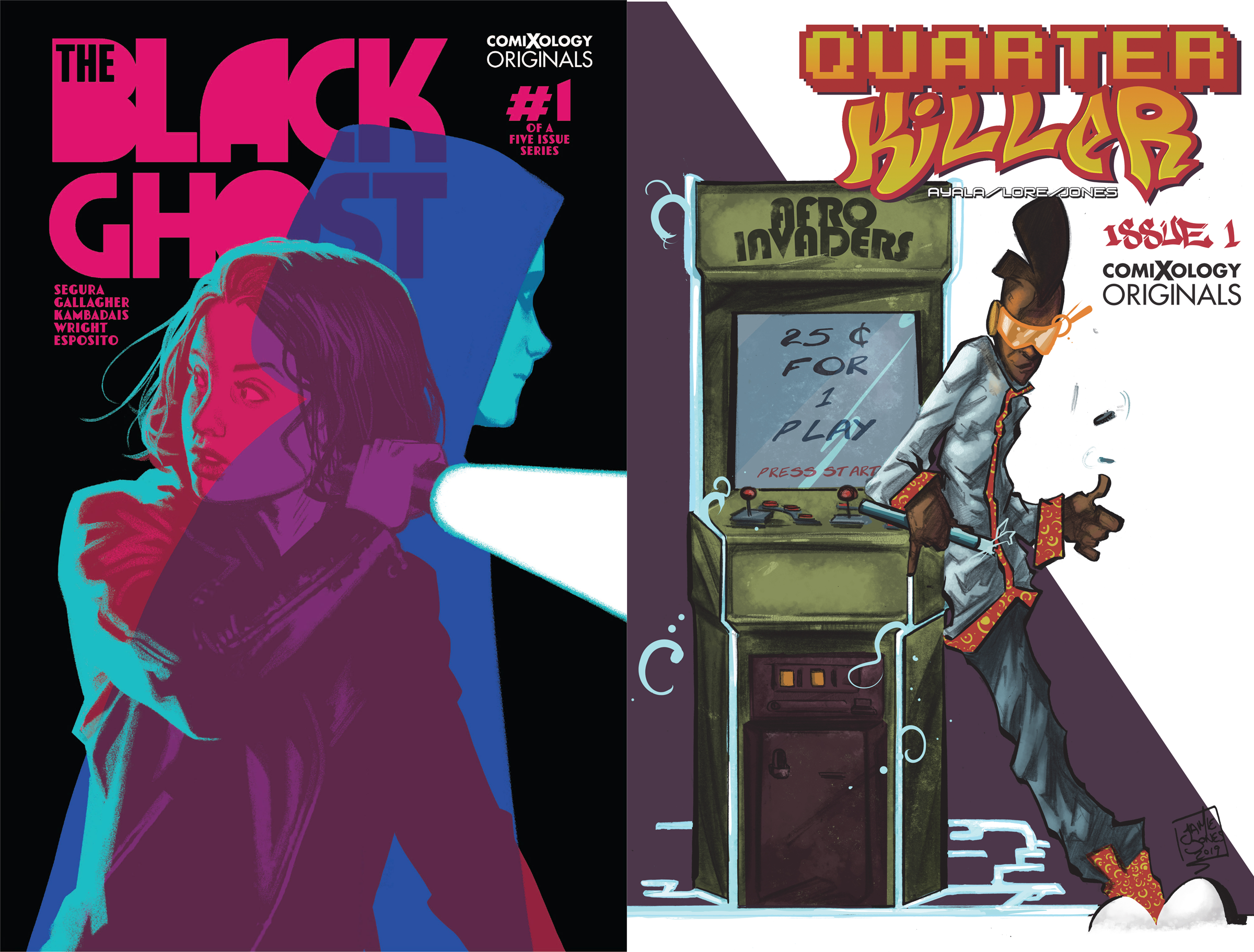 ... and the covers for The Black Ghost and Quarter Killer! (Image: Greg Smallwood and Jamie Jones, Comixology)

“We couldn’t be more thrilled with these exciting back-to-back-to-back debuts on comiXology Originals,” Chip Mosher, Comixology’s Head of Content, said in a press statement. “Whether it’s a new take on the post-apocalyptic adventure with Breaklands, a multi-verse hopping dark comedy with Field Tripping, the rise of a new masked vigilante with The Black Ghost, or a cyberpunk mystery with Quarter Killer — our roster of incredible writers and artists, and everyone at comiXology are thrilled to bring readers new and exciting comic series to dive into every week in September.”

Breaklands, Field Tripping, The Black Ghost, and Quarter Killer’s debut issue will all be available for free as part of the Comixology Unlimited subscription service, or for Amazon Prime subscribers through Prime Reading and Kindle Unlimited, as well as available for purchase through Kindle or Comixology directly.

Upon completion, each series will also receive a physical trade paperback collection that will be available exclusively from Amazon.

We’ll bring you more on Comixology’s plans for its Originals lineup as we learn it.