Princess Mononoke is one of Hayao Miyazaki’s finest, but its epic tale of gods can only be matched in fantasy for the weird story behind its arrival on Western shores in 2000. One notable part of that often forgotten history? Neil Gaiman wrote the English script… although it was pretty hard to find his credit.

There are many notable tales about Mononoke’s journey outside of Japan — and how, despite a poor box office performance, its revival on home video helped grow the audience for Studio Ghibli films in the U.S. that has since gone on to see Miyazaki and the studio rightly lauded as one of the pioneering forces of the animation industry across the world.

Perhaps the most infamous is that Miyazaki’s longtime production partner Toshio Suzuki sent a katana to Disney subsidiary Miramax, which (at the time under the stewardship of alleged sexual harasser Harvey Weinstein) was in charge of distributing the film in America, with “No Cuts” etched into the blade.

But another, lesser-known story is that beloved author Neil Gaiman actually wrote the English script for the film’s dub — and actually did so on the recommendation of Quentin Tarantino, who was initially approached by Miramax to handle the film.

The script is often considered one of the better English adaptations of Miyazaki’s works, even if it’s not as directly literal as some fans would prefer, adapting elements of Japanese mythology and folklore that were considered too esoteric or without direct translations for American audiences to understand at the time.

But the fact that the mind behind American Gods, Sandman, and so many other iconic fantasy tales had a hand to play in a Miyazaki movie is a weirdly little-recalled fact.

Mainly because, as Gaiman himself recently highlighted in response to a fan question, his writer credit was scrubbed from the film’s posters. Gaiman wrote, “My biggest secret. (Studio Ghibli asked for some of the Miramax execs to be removed from the poster and credits. The execs looked at all the names, determined that theirs would remain, and realised that mine was contractually expendable.)”

My biggest secret. (Studio Ghibli asked for some of the Miramax execs to be removed from the poster and credits. The execs looked at all the names, determined that theirs would remain, and realised that mine was contractually expendable.) https://t.co/fm7BRFpp1W

Another aspect of Studio Ghibli’s rigorous demands for the film’s theatrical release in the U.S. was that only the credits for Ghibli executives appeared in the film’s advertising in theatres. Miramax bristled, and, as Gaiman puts it in the tweet above, realised that as a writer he was “contractually expendable.” And so, Gaiman’s poster credit for Mononoke was cut, so that the Miramax executive board’s names could remain. 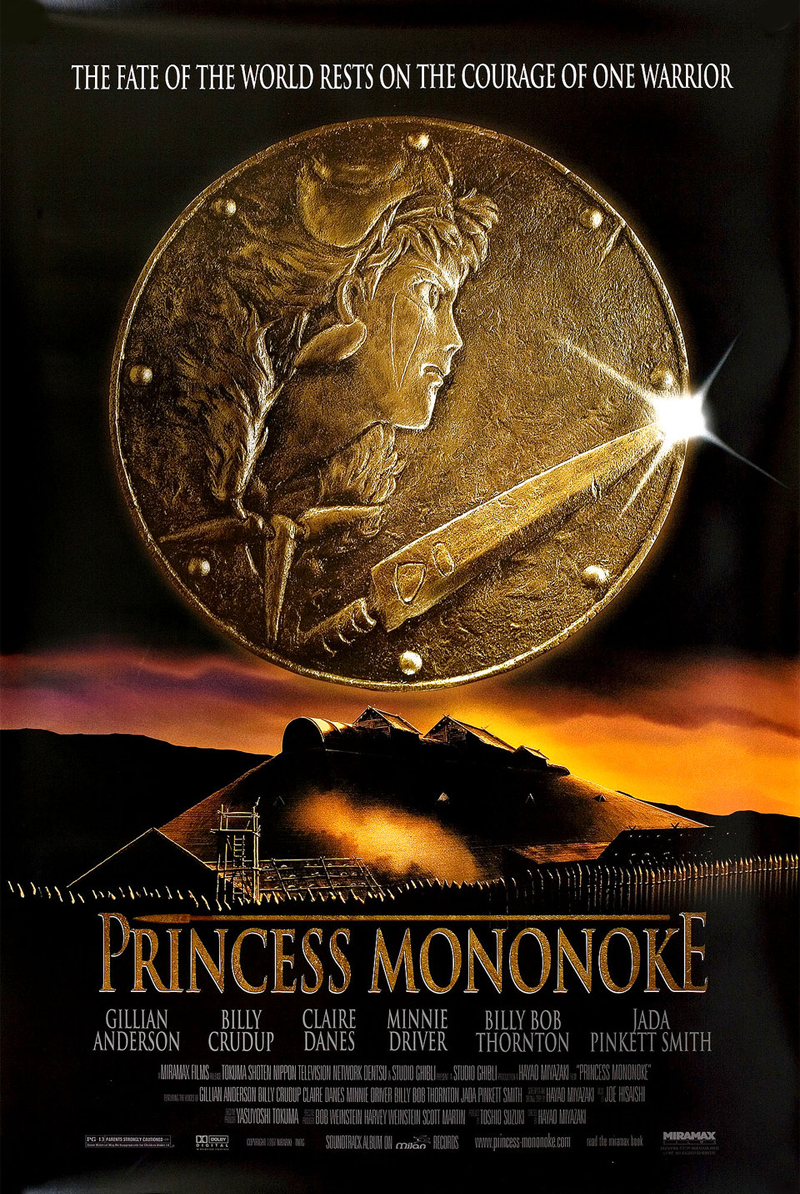