Carole & Tuesday Is A Must-Watch Anime With The Catchiest Music 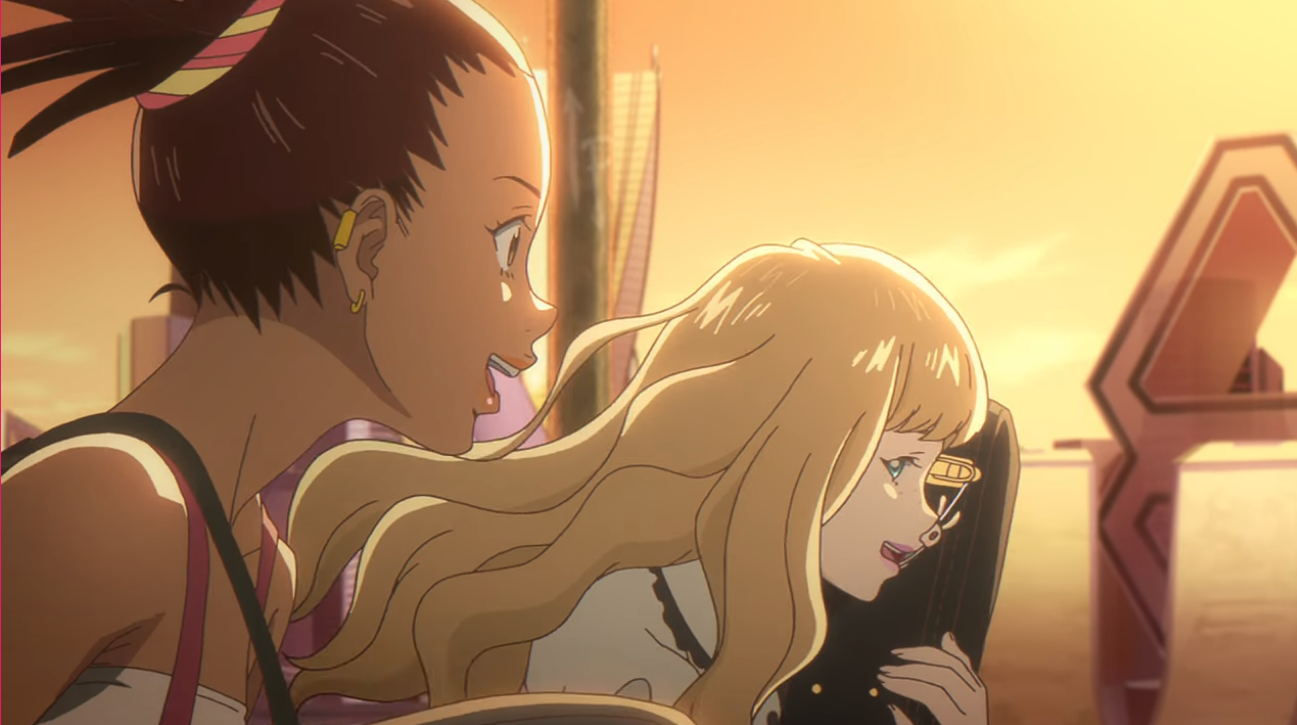 Early on in Carole & Tuesday, runaway rich girl Tuesday and orphan Carole drag bloated bags of laundry to a laundromat on a terraformed Mars. Inside, watching the machines spin, the broke aspiring musicians begin tapping on the ground and drumming on their plastic stools. Round and round, the dancing laundry / Let’s lose our minds, forget the time, the improvised pop tune begins. A stranger joins in, completing the whimsical New York moment cast in its sci-fi light.


This new anime series, released worldwide on Netflix last week, has everything going for it. It’s directed by Shinichiro Watanabe, who also directed Cowboy Bebop and Samurai Champloo. The music will worm its way into your ears and refuse to leave. (Surprisingly, the songs are in English.) Its backgrounds are exquisite, all chrome skyscrapers and Martian dunes. Its sweet, simple plot is easy to binge. It effortlessly features people of colour and queer relationships.

If you’re waiting for a but, there isn’t one coming. Carole & Tuesday is a rare and spectacular gem. 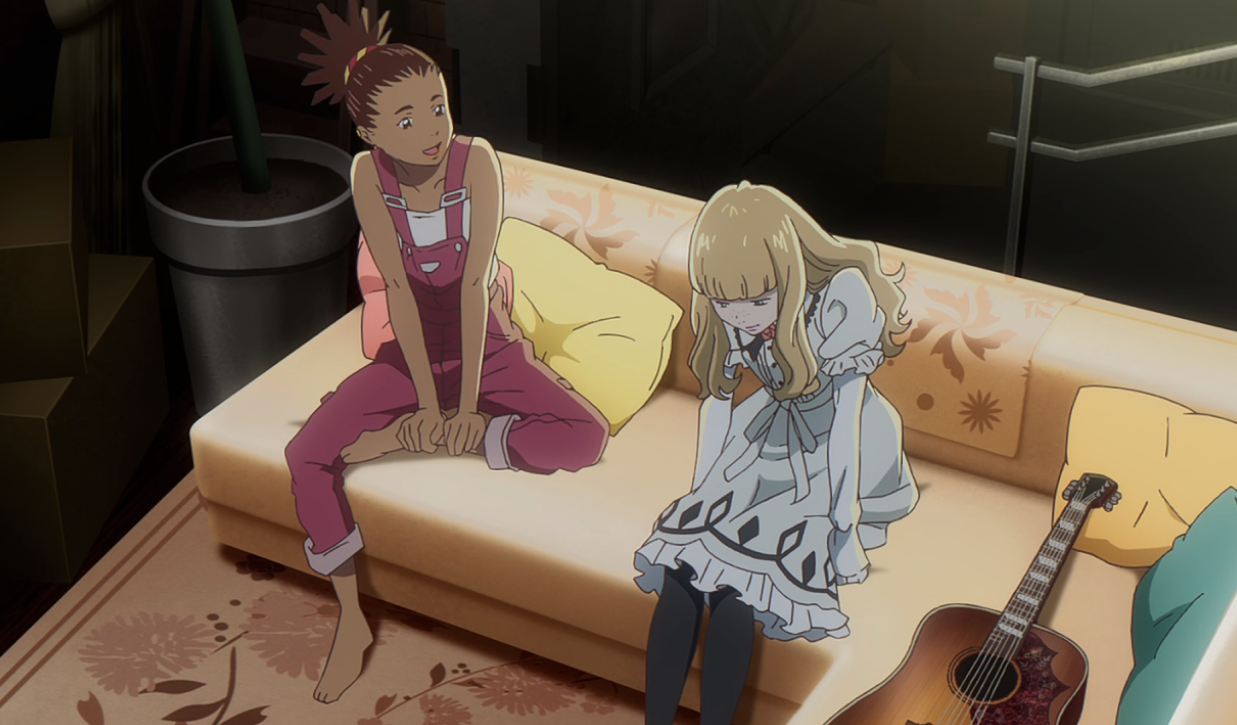 When a pretty blonde named Tuesday runs away from her enormous mansion to pursue music in the big city, she encounters Carole, a gig worker and busker. Carole takes Tuesday in, and they write and sing songs together on the keyboard and guitar.

In this future, artificial intelligence writes most music. EDM is huge, bringing hundreds of thousands to ecstatic festivals headlined by cult music personalities whose music, for the most part, is produced by algorithms. Carole and Tuesday’s organic singer-songwriter dynamic runs against this, and at the same time, births their by-the-bootstraps entry into the music business once a video of them sneaking into a venue to play a fancy piano goes viral on a YouTube-like site.

World-building details echoing today’s tech-driven culture make Carole & Tuesday feel weirdly believable and, at the same time, a little fantastical. There’s a Banksy painting in one rich guy’s mansion. Instagram, Google, and YouTube all make an appearance in some form.

Packages are delivered by drones. The anime is a subtle comment on today’s post-human music industry, where pop stars are avatars for teams of technicians and stylists, while never completely denigrating it. At one point, a model-turned-popstar tells the man who develops the AI for her songs: “The lyrics reveal what I’m thinking about. It’s like it can read my mind.” There’s a sort of human power in that, too. 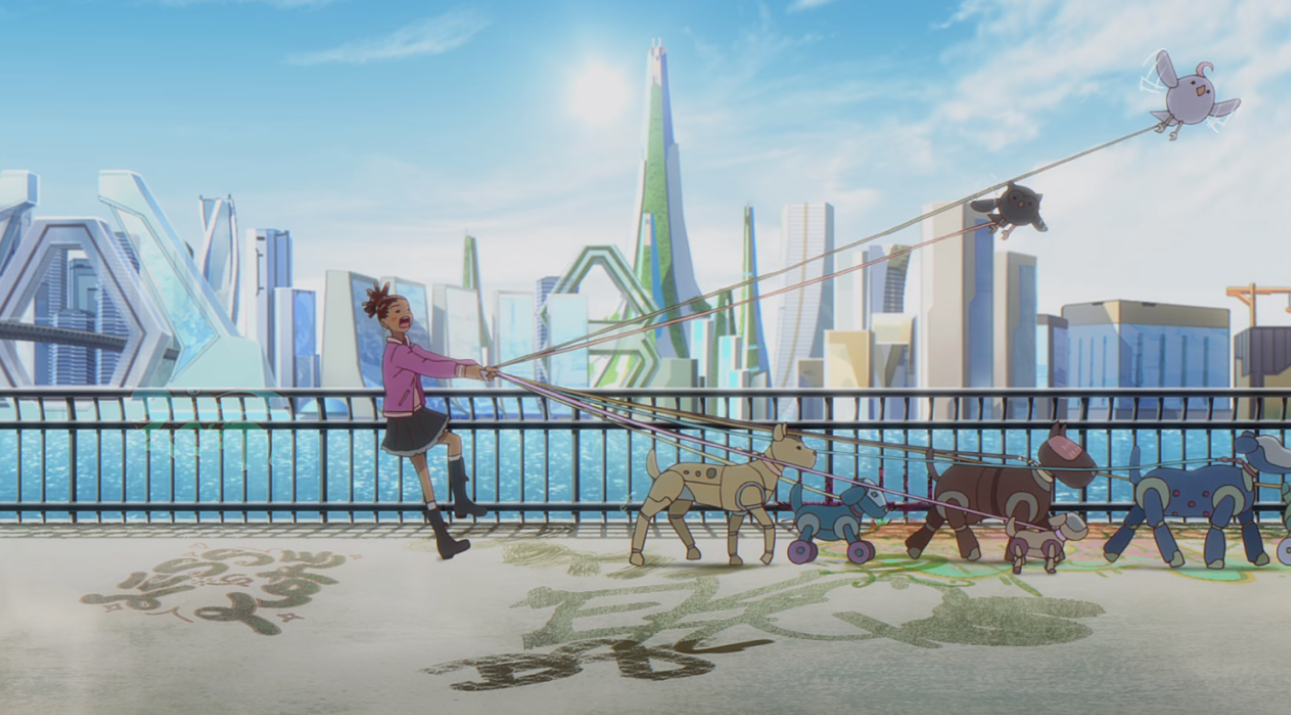 It’s easy to wonder whether this anime itself was produced by a similar sort of “pop” team, a scientific amalgamation of straight-to-the-heart themes and personality types. Its plot carries along at a quick clip, sometimes not fleshing out things we’d expect a drama to delve into.

At first, I was expecting more nods toward Nana, an all-time-great anime drama about a budding musician named Nana and her roommate, but with 47 episodes, it has time to make its characters feel like more than avatars.

Carole & Tuesday’s 24 episodes, 12 of which are available now, don’t have the time to get too much into the slice-of-life moments necessary for that. Its protagonists aren’t really flawed. Important scenes’ stakes can feel low. Toward the end of the show, it drops a couple plot points a little too easily.

All of this makes Carole & Tuesday feel a little frictionless, which can easily be forgiven during moments when, for example, a group of bebop musicians called the Mermaid Sisters sings the song Fucking Bullshit.