How A Colorblind Artist Makes Magic Cards And Video Games

Paul Scott Canavan is one of the best artists working in entertainment today, with a list of clients and employers ranging from Wizards of the Coast to Valve to Games Workshop.


He also used to be an art director at Axis Animation, a company responsible for cinematic video game trailers and intros. So if you’ve ever played Magic, or Destiny, or League of Legends, you’ll likely have seen something he’s worked on.

Canavan is also colourblind, and shared the news of his condition recently on Twitter, to the shock and amazement of peers who had no idea. Which was kind of the point; he’d decided that it was time to show that, hey, despite whatever superficial hangups others might have about a colourblind person working as an artist, it actually wasn’t an obstacle to pursuing a successful career in the field.

oh hey, now that I'm just working for myself and some amazing clients, I feel comfortable talking about a big old thing which has plagued me throughout my life and career as an artist and art director:

I just want you to know that hey, if you are colourblind and think that a career in art is impossible because of this silly disability YOU CAN TOTALLY DO IT. It's going to be tough, you're going to have to learn a lot of stuff and work incredibly hard, but you'll get there ❤️

I’ve followed Paul’s work for years, and was just as surprised as his fellow artists to read the news, but I was also interested in finding out just how he managed to work around it. If his lavish illustrations for things like Magic cards required lush sunsets and light-filled skies, how did somebody who didn’t see colours like most other people work with modern software and the principles of colour get those right? 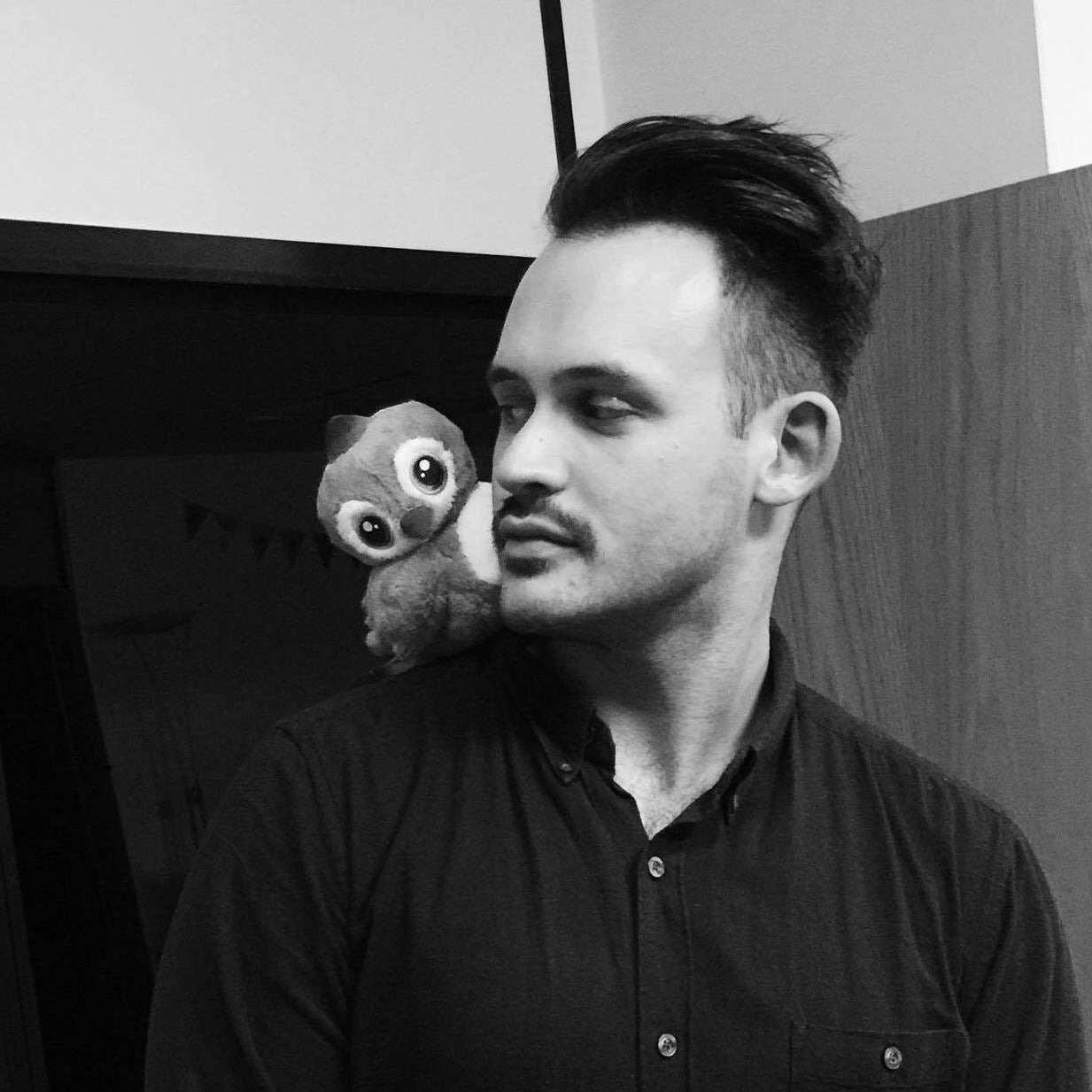 Based in Scotland, Canavan’s work can also be seen in series like Guild Wars and Dawn of War.

“I have never had a formal diagnosis from an eye doctor”, Canavan tells me, “as it seemed a bit pointless (there is no real treatment for colour blindness outside of glasses which work for some people, but alas, not for me). My family and I first realised I was colourblind, however, when I was in primary school; I was painting a landscape in art class and the teacher yelled at me for painting the sun green. I think she thought I was being a troublemaker. It’s one of those strange conditions which affects every aspect of your life, however, so it’s hard to avoid – you just need to find mechanisms to deal with it!”

While there are names for certain different types of colour blindness, Canavan has found that his particular condition rests somewhere between protanopia (which means he sees less red hues) and deuteranopia (otherwise known as “green blindness”. “In practice I essentially can’t tell the difference between yellow and green”, he says, “and other combinations like green and brown and blue and purple can look the same to me. It’s one of those things which is extremely difficult to express to someone who does not have colour blindness, but I could not, for example, confidently tell you what colour your wallpaper was unless it was a very obvious shade. 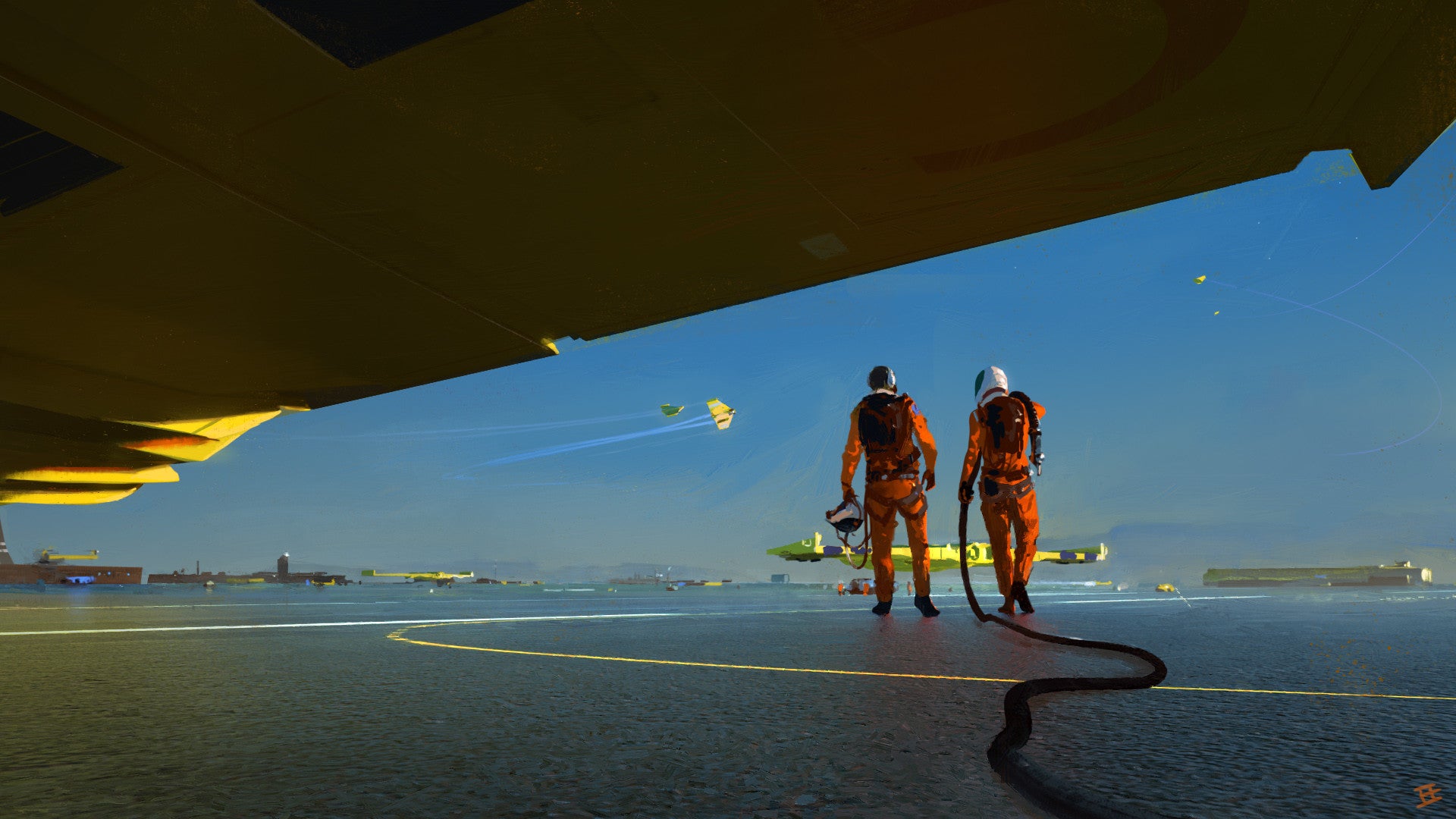 As for how Canavan is actually able to get his work done, he says there are a few different ways a colourblind artist can get by. “The first, and most important, is knowledge of colour theory; the scientific study of how colours work, how they are affected by light and the environment, and how to mix and apply them to create images.”

“Colour theory is one of those fundamental skills which all artists learn, but for a colourblind artist it becomes even more important as you can’t really trust your eyes: you need to think almost like a 3D program.”

As an example of how he would approach a piece, and assuming that he’s working (like most artists do) from some kind of reference image, he says to imagine he wants to paint a seagull standing on a beach. For most people, the colours involved in that would be immediately obvious: there’d be golden sand, a blue ocean, a bright blue sky, a bird drenched in sunlight.

But for Canavan, he has to approach it like the aforementioned “program”. “First off, I think about the diffuse colour of the gull (the “true” colour if seen under white light); it’s probably off-white. Next up, what colour is the sky?

That is going to change the overall ambience and mix with that diffuse colour. You might add a little cool blue to the top of the bird if it’s a sunny day with clear skies. Next, from what direction is the sun shining? That’s going to add a light, warm hue, for example, and cast a shadow over the bird and on the ground.”

“The shadow’s colour will be influenced by the ambient light we mentioned before. Finally, we think about bounce light; light rays bounce around depending on the material they are interacting with, so you might find that the warm, bright sunlight is bouncing off the sand, casting a subtle warm glow to the underside of the bird. With that knowledge, it becomes a lot easier to realistically render the animal”.

Aside his knowledge of colour theory, Canavan says he also studies other reference materials as often as possible, from photos to master paintings to film stills. “It’s super helpful having finished images to look at, to be able to explore the colour relations you’re seeing to understand why they are happening, or why the artist chose to paint them that way.”

And as a last resort, he always has his partner or friends on hand to check his stuff, in case a mistake slips through into a semi-finished piece of work. Like, say, a green sun. 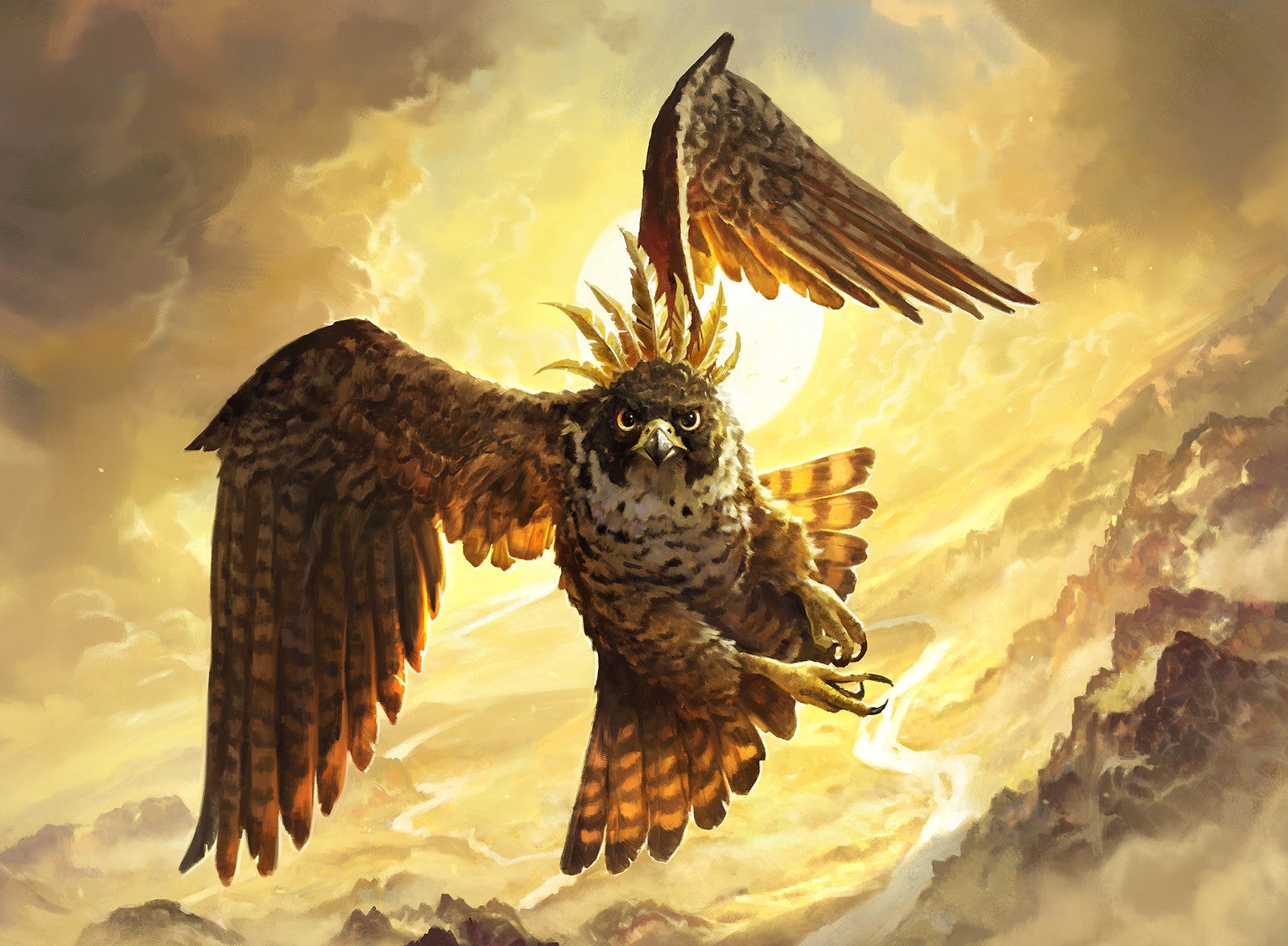 Canavan’s illustration for Rustwing Falcon, a Magic: The Gathering card

While overcoming his condition has obviously been a big challenge for Canavan throughout his career, he’s found it much easier to deal with as time has gone on, to the point where his methods have become so second-nature that he rarely thinks about it.

“I still experience some paranoia every time I show people my work if I haven’t been able to check it, however, and I get the feeling that fear will never go away.”

If he has one piece of advice for anyone with colour blindness who also has an interest in art, it’s that “this isn’t an uncommon condition, which means there are a lot of artists out there struggling and questioning if they can even pursue art as a career. Take it from me: you can. It’s a long, hard road, but you can absolutely overcome your disability and be just as successful and happy with your work as you want to be.”