Sega was always more loved than it was successful. At no point was the maker of the Genesis and Dreamcast the worldwide leader in video games. When it succeeded in America, it fell short in Japan, and vice versa. The Genesis Mini is an encapsulation of that moment when it came closest to victory — a reminder of what the Genesis was, but also what it could have been.

To be released on September 19, the $139.95 Sega Genesis Mini includes 42 classic games from the 16-bit system’s lifespan. That’s a hefty amount, exactly double that of Nintendo’s SNES Classic. It also includes two of the classic three-button Genesis controllers, an HDMI cable, and a USB cable with AC adaptor — in other words, everything you need to play right out of the box.

The SEGA Mega Drive Mini isn't the first time a mini SEGA console has gone on the market, but it's the first one that's worth your money.

The hardware is a thing of beauty, a perfect little recreation of the 1989 launch model Genesis. The Genesis Mini goes a step further than other classic mini-hardware with interactive elements. The volume control slides up and down, the spring-loaded dust-cover flaps covering the cartridge slot open and close, and you can even remove the cover for the port that would connect the real Genesis to a Sega CD. 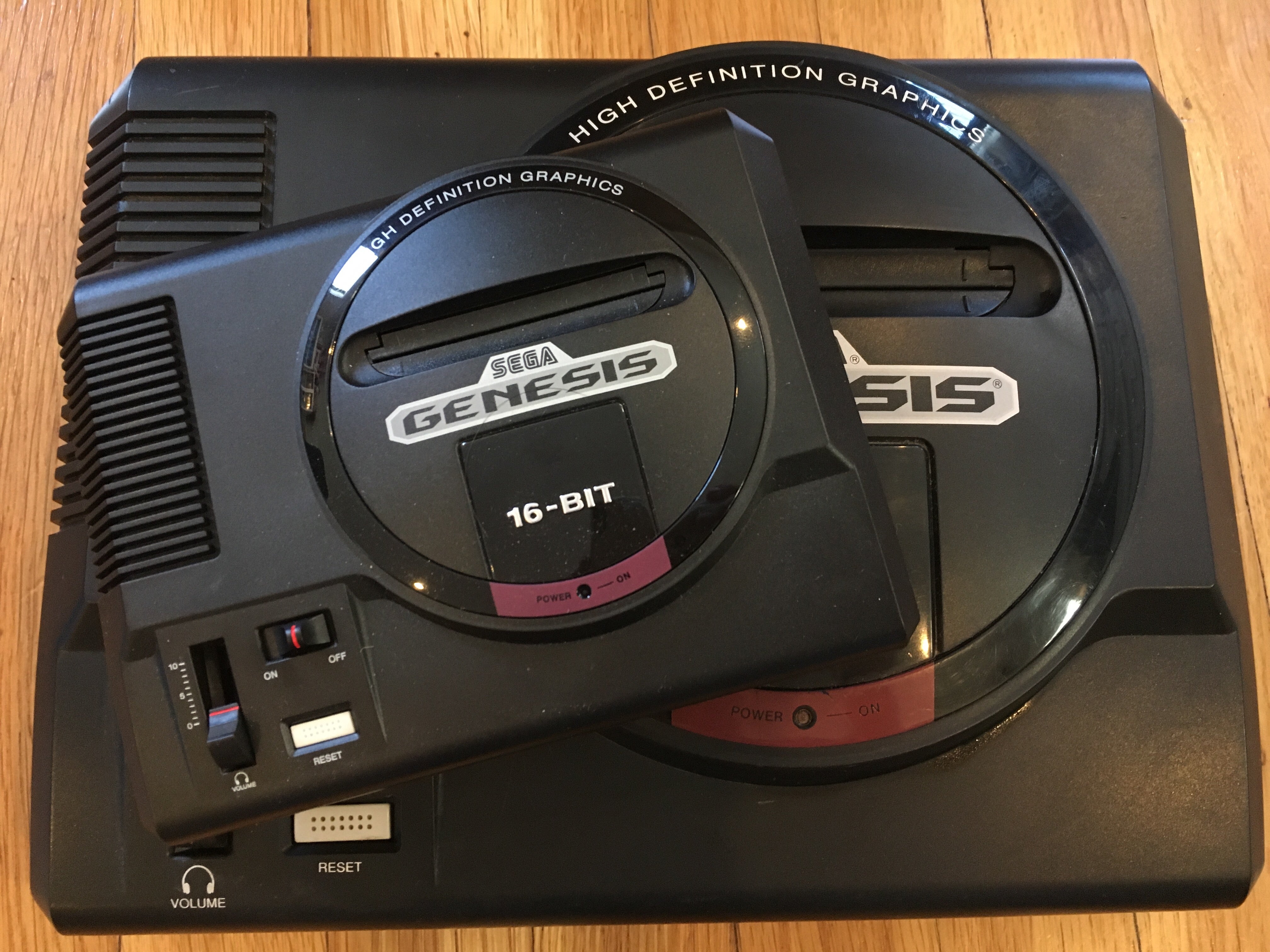 Here’s one of those photos you always have to have in these reviews, with a picture of a Mini on top of the real thing. (Photo: Chris Kohler, Kotaku)

None of these things actually function, of course. You can’t play Genesis cartridges on this machine, nor is there a proportionally-sized Sega CD attachment that will let you play Sewer Shark (although surely we can all agree that we would immediately buy such a product). But they make the Genesis Mini itself into a fun little toy even before you turn it on.

The included controllers feel like exact replicas of the original, massive, croissant-shaped pads that shipped with the first model of the Genesis. This is where you may feel that Sega has made a misstep with the Mini, since it includes these 3-button pads and not the 6-button controllers that were produced later.

In Japan, the 6-button pads are included; here, they are an extra $30 purchase. Most of the games only use three buttons anyway, but for the ones that offer 6-button support (most notably Street Fighter II Special Champion Edition), you’ll have to pay up.

Even though the controllers use USB, you can’t just plug in any old USB controller and have it work on the Mini — you’ll need an officially licensed controller from Retro-Bit. Sega sent samples of the 6-button controllers, which were excellent.

They were helpful even for games that don’t need six buttons, since you can press the “Mode” button to open the system menu. To get to the menu with a 3-button pad, you have to hold down the Start button for three seconds, which is annoying. 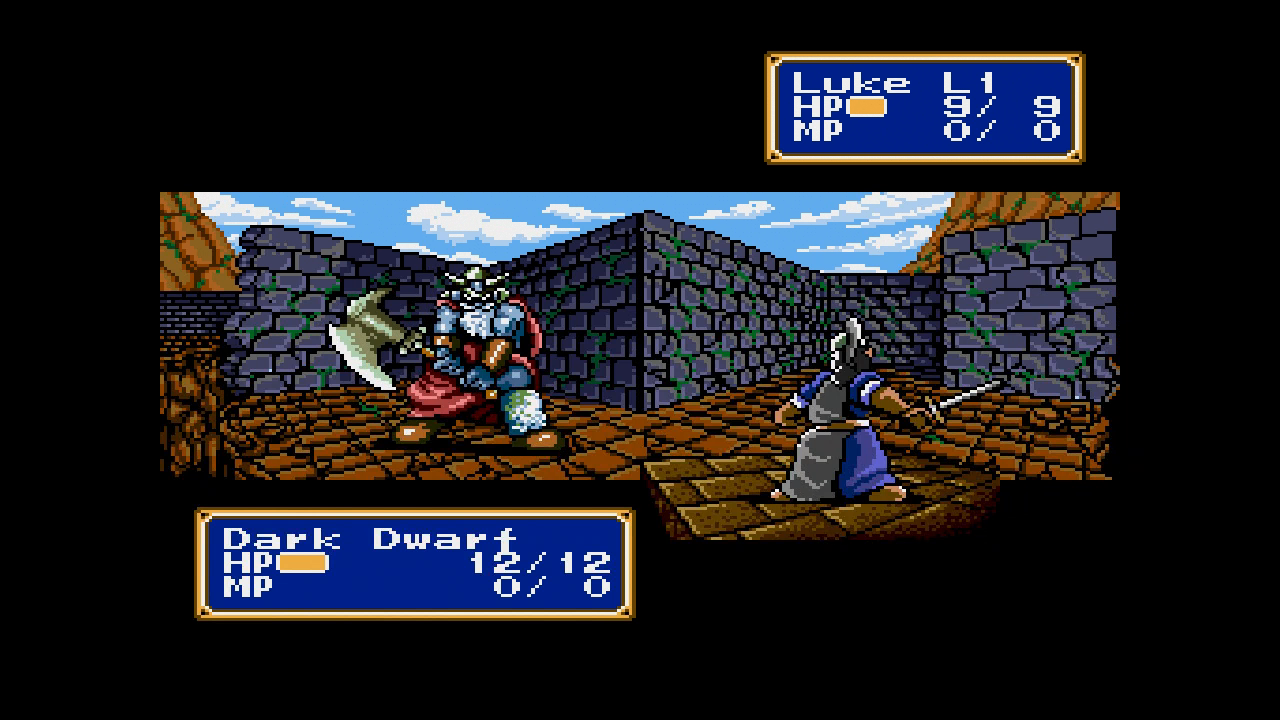 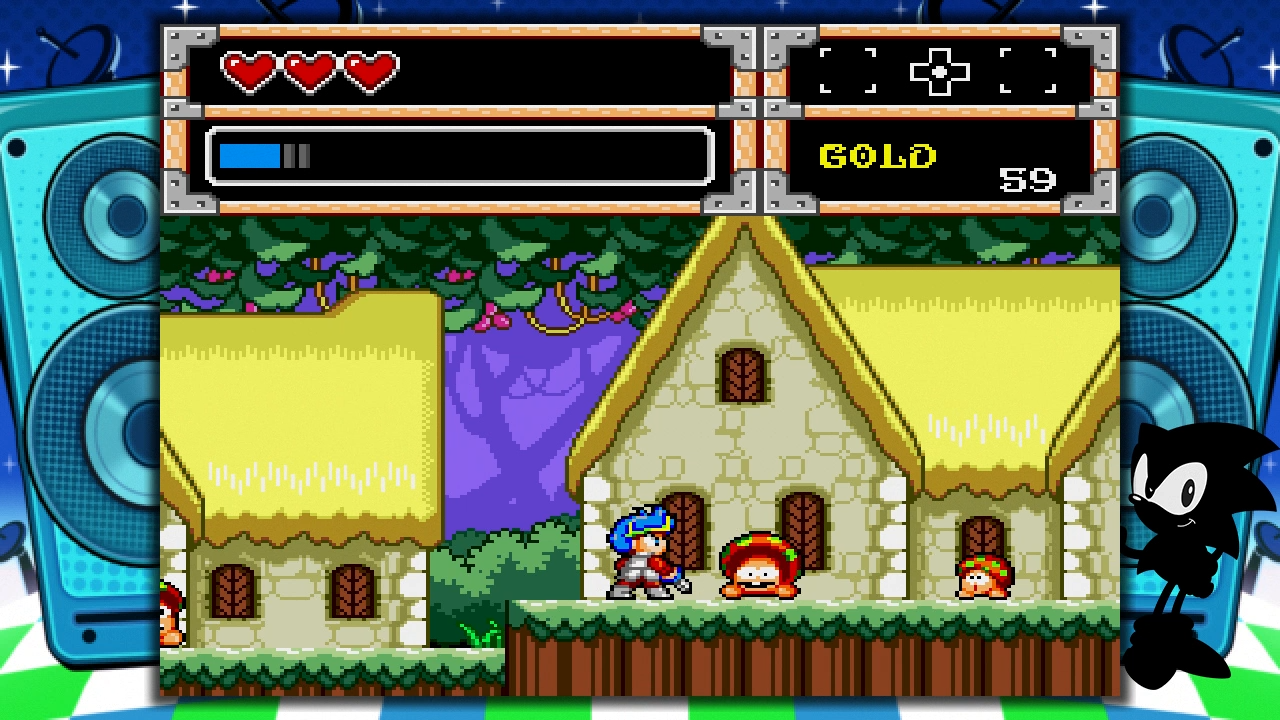 best-selling games for the SNES, most of the games in the top 20 are on the SNES Classic.

But look at the best-selling games for Genesis and you can see the problem: sports licenses, movie licenses, and fighting games that would earn this box a “Mature” rating.

Going hard after hot licenses and pumping out games branded with big-name movies, pro athletes, and sports franchises was all part of Sega’s game plan in the 1990s. And it worked! But it also left modern-day Sega with a library of software that’s practically unreleasable today. This means that if, like many American Sega fans, you did a lot of sports gaming on your Genesis, you won’t find that experience here.

Sega definitely made an attempt to get some games made for Western audiences onto the Mini, like Earthworm Jim, Vectorman, and Road Rash II. But by and large, we’re looking at a lineup of stylish Japanese action games, JRPGs, and shmups. 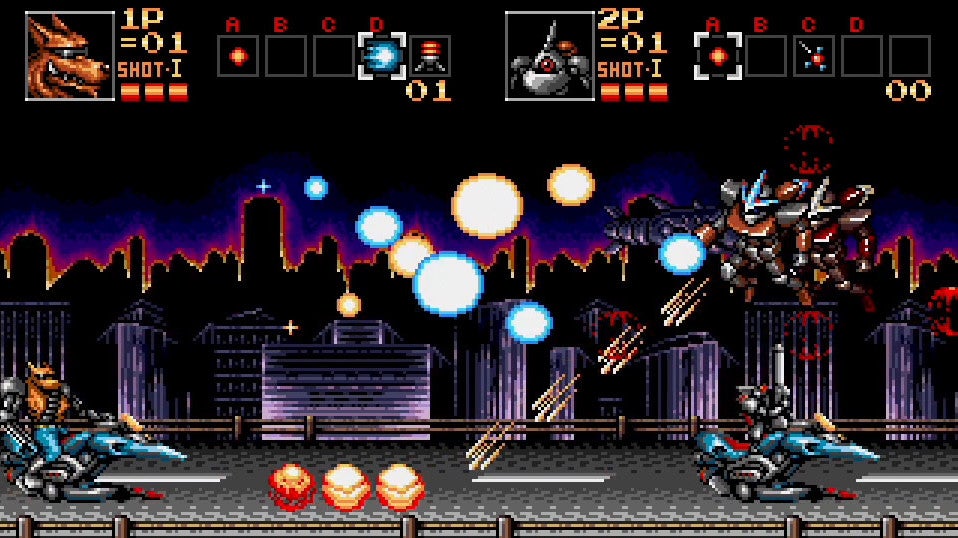 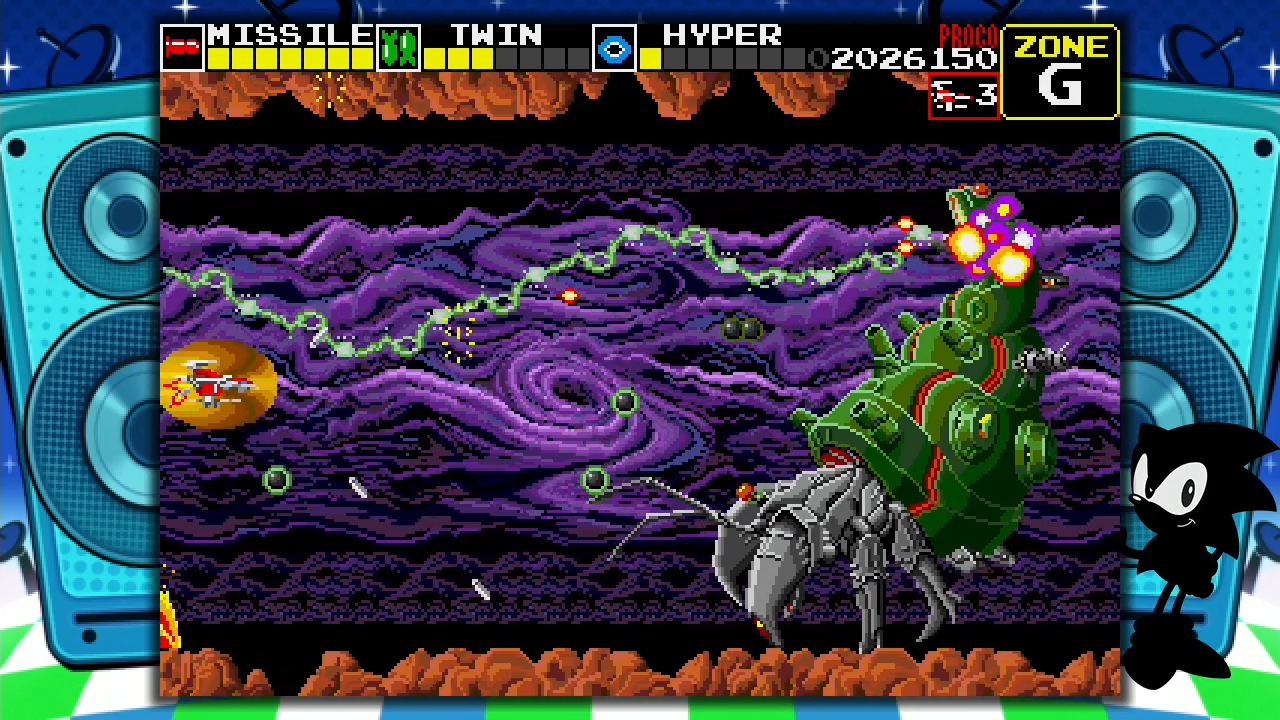 We skip to the end of the Wonder Boy in Monster World series to get to the two that are basically side-scrolling JRPGs, underappreciated in their own time but still sharp today.

SNES Classic featured an unreleased game from the 1990s, Star Fox 2, so of course the Genesis Mini had to double that count as well, adding the unreleased Genesis version of Tetris and a hardcore fan’s ported version of the arcade game Darius.

Since we’re throwing back to the 1990s here, I’m going to reach back into my turn-of-the-century video game enthusiast magazine vocabulary and pronounce these a “mixed bag.” Darius is lots of fun but this port of Tetris is fairly anemic. SNES Classic wins the “unreleased game” wars, but that’s probably because only Nintendo would have ever shitcanned a perfectly good game in the first place. 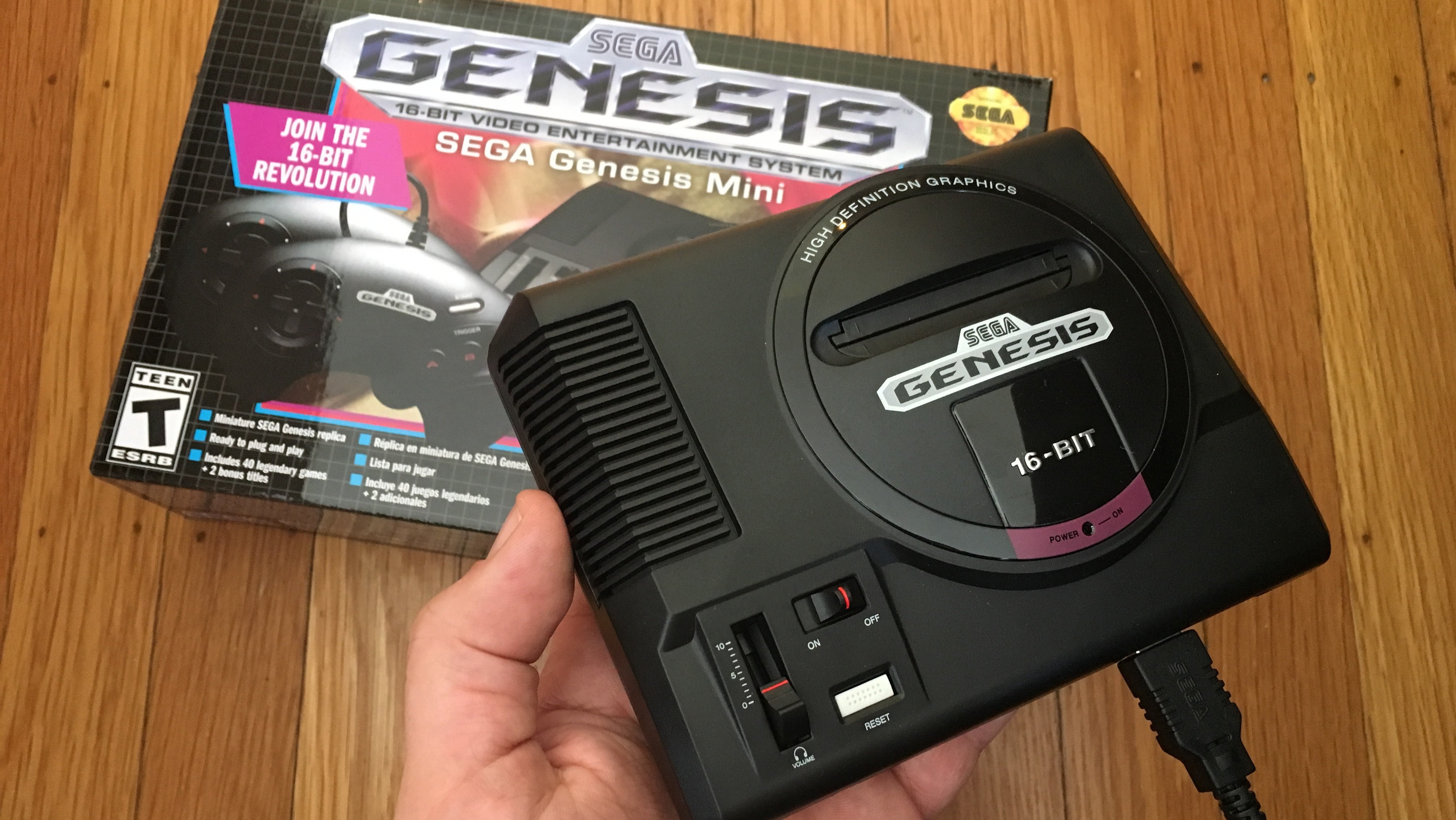 All the games you didn't buy in the ’90s, but should have.

Left off some true classics to make room for worse games, could have used more features like Rewind.

About 10 hours; played at least a bit of every game.

There’s one other important bonus feature that exemplifies how the Genesis Mini feels like more of a passionate fan project than a bland marketing tool. You can set the menu to display in many different languages, which changes the entire menu design.

The menu’s look will match that region’s Genesis logo and design, switching to the “Mega Drive” name for Europe and Japan. And if applicable, the games themselves will play in that language, using alternate ROM files. Beyond Oasis actually had, for example, a French-language version.

Some games differed in more than just their languages. If you switch the language to Japanese, Dr. Robotnik’s Mean Bean Machine will revert back to its original Japanese version, Puyo Puyo. Other differences are more subtle but still significant, like how the Japanese version of Contra: Hard Corps gives the player a three-bar life metre instead of one-hit kills.

Or you could just play the Japanese version of Street Fighter II because you want “M. Bison” to be named “Vega.” I’m not here to judge. This extra-mile approach makes Genesis Mini a much more thorough exploration of the era than competing tiny boxes. 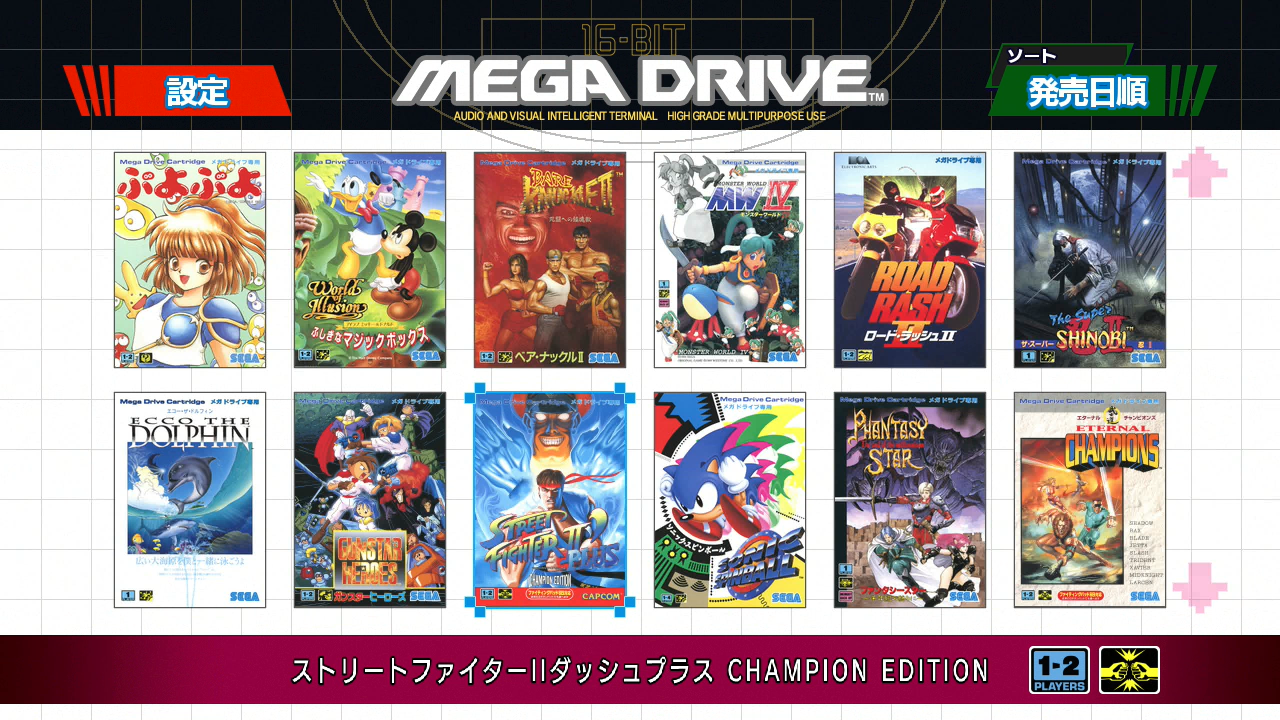 The Genesis Mini’s menu screen when the language is changed to Japanese. (Screenshot: Kotaku, Sega)

One wonders, on the eve of this very cool device’s release, if Sega has missed the window on the mini-console craze. The market was positively flooded with copycat devices in the wake of the NES Classic’s huge success, and the bad taste of the ill-done PlayStation Classic still hasn’t fully washed out of our collective mouths.

Will people line up to buy another tiny console this holiday and reward Sega for its Herculean, if belated, efforts here? Those who do add another Mini to the pile will, at least, not be at all disappointed with this one.