So, What Can A Force Ghost Do?

In the mythos of Star Wars‘ cosmic energies, the ability to exist after death as a Force Ghost is one of the most rare and powerful abilities a wielder of the Force can master. Or rather, attempt to master. Because if anything, despite its importance to the Star Wars saga at large, what we think we know about Force Ghosts is not all that much.

With The Rise of Skywalker months away, it stands to reason that we’ll be getting some Force Ghost action.

The trailers have already given us Luke communicating messages to Rey and then there’s the whole however-the-hell Emperor Palpatine is going to worm his way back into existence (although we’ll get to that in a bit). But perhaps most fascinating to ponder over is that, in fits and starts, current Star Wars has been quietly establishing that there’s so much more to Force Ghosts than simply showing up in a nice translucent shade of blue ” in fact, they’ve become more powerful than we could possibly ever imagine.

So what can they do? The short answer is we have no true idea. The long answer is, well… below. 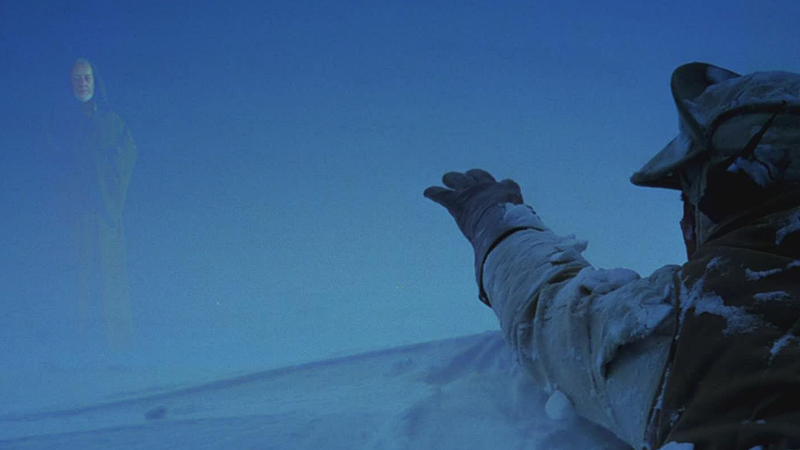 As far as we know, only Light Side practitioners can do it…

In terms of the current Star Wars canon, technically every being, especially those strong in the Force, returns to the Living Force when they die (slightly different from the Cosmic Force, but that’s a tale for another time). But to return from death as a spirit with your own sentience in tact requires not just strength in the Force, but a dedication to the Light Side’s concepts of selflessness and sacrifice.

As far as we’re currently aware, only four Jedi beyond the mysterious Force Priestesses at the Wellspring of all Life have ever learned how to do it: Qui-Gon Jinn, Yoda, Obi-Wan Kenobi and Anakin Skywalker. Luke will no doubt join them in The Rise of Skywalker, given that Mark Hamill has previously said he’ll be playing a Force Ghost in the movie, instead of just cryptically whispering in Rey’s ear Ã¡ la Obi-Wan in A New Hope.

But what about Anakin, you ask? He murdered a bunch of kids, was involved in the rise of a fascistic Empire, and was pretty dang evil for a good chunk of his life. Well, aside from being the Chosen One, a seeming manifestation of the will of the Cosmic Force from birth, Anakin’s redemption in Return of the Jedi was basically so powerful and complete, and done in a moment of total sacrifice ” killing himself and Palpatine to save his own son ” that he basically just naturally had the ability without having trained in it. …but Sith can cheat a little.

So yes, while Dark siders can’t necessarily manifest as a spirit ” we don’t really know what it is about the ability that makes it explicitly connected to the dichotomy of light and dark (beyond, like, y’know, the moral repercussions of being a dick) ” that doesn’t mean they haven’t tried. Sith covet earthly power and ways to cheat death before they’ve popped their clogs for a reason!

The one way we really know that dark practitioners of the Force can gain some semblance of Force Ghost powers is a bit of a cop-out method. Instead of being able to manifest as a spirit, the Force user instead binds their spirit to a specific artefact ” like a Holocron or, in the case of the ancient Sith lord Momin from Charles Soule and Giuseppe Camuncoli’s Darth Vader comic, his own mask. After death, some semblance of that spirit persists, although it is inherently linked to that physical object forever.

Of all the cases we know of with this, Momin is the most detailed and most interesting: from his mask, if people wore it his spirit could overwhelm their body and take control, killing the unfortunate victim while Momin gained physical form and sentience again.

It’s how, using what looked an awful lot like the World Between Worlds glimpsed in Star Wars Rebels, Momin managed to use his bound mask to reach back into the past while he was still alive, and bring his old body into the present… if only for a brief time before Darth Vader smeared him against the side of a wall. Womp womp.

Sometimes, not even binding can work for a Sith ” Darth Atrius’ spirit was bound to then overwhelm anyone who used his blades with those emotions. Not quite living on after death, but at least some level of influence. 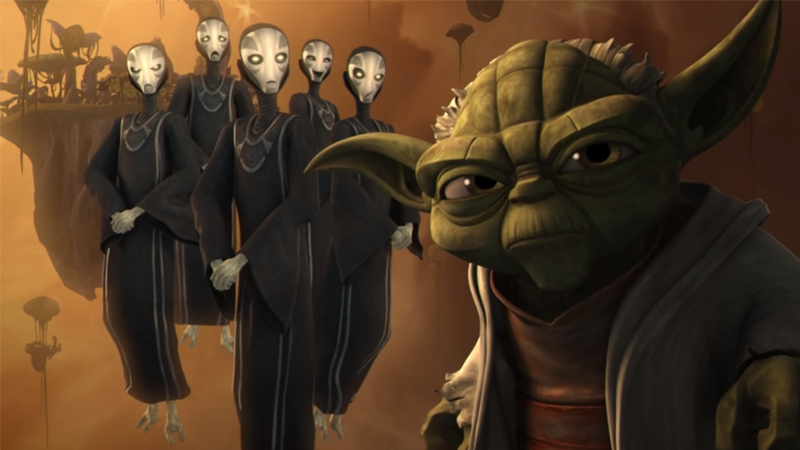 Yoda goes through the trials of the Force Priestesses at the Wellspring of Life. (Image: Lucasfilm)

It takes years to learn…

Beyond requiring an alignment to the Light Side, even learning how to manifest as a spirit takes years of training. Even Qui-Gon, the first to successfully utilise the ability after being taught it by the Force Priestesses he discovered at the Wellspring of all life ” a mysterious planet that acted as a seeming nexus of the Force itself ” had not fully mastered the ability by the time Darth Maul struck him down.

It’s only through his advance knowledge of it that Yoda and Obi-Wan got to actually take the time to take the time to learn it themselves: in the latter days of the Clone Wars, Yoda also sought out the Wellspring of Life and, like Qui-Gon before him, learned of the secret from the Force Priestesses. Obi-Wan, in turn, spent at least some of his exile on Tatooine learning it from Qui-Gon’s own spirit. I mean, what else was he meant to do, stare at sand all day long? 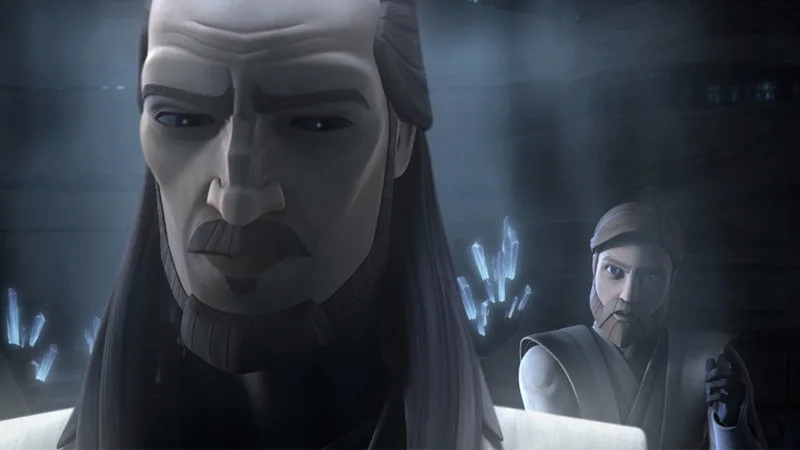 …but you can kinda keep learning to control it.

It’s not a be-all-and-end-all-thing, either. You don’t just learn how to live on and then womp, you’re done ” that’s the funny thing about retaining your sentience after you’re dead, it means you can still learn.

And what better way to learn how to physically manifest yourself in the Force than when you’re actually, intimately part of it again? Which is good ” because if Qui-Gon hadn’t continued to build on his own mastery of the ability, no one beyond him might have ever actually got the hint to try and learn it themselves in the first place. 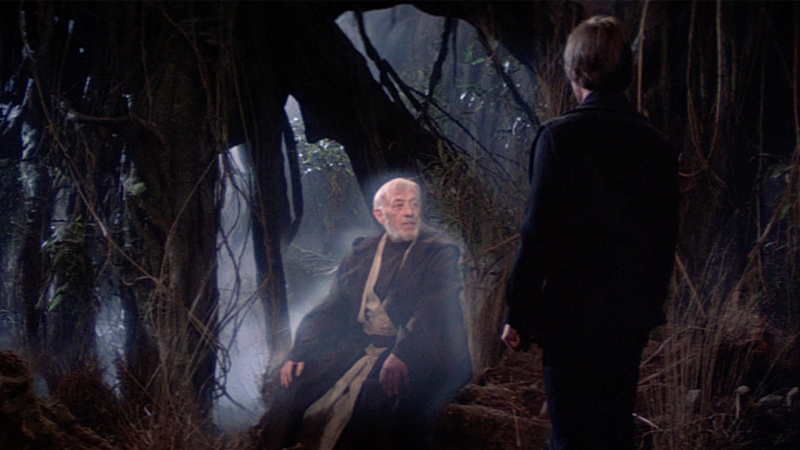 Even a spirit likes to rest their ghost-legs, every once in a while. (Image: Lucasfilm)

Being a Force Ghost actually has almost distinct stages of evolution ” like a Pokémon, but it’s your soul. Initially, Qui-Gon could only manifest himself as a disembodied voice, making himself known to Yoda and pushing the Jedi Master to go on his own quest to learn the ability (the Qui-Gon spirit we see in The Clone Wars‘ Mortis arc was actually a different situation altogether, a vision amplified by Mortis’ peculiar position as a nexus of the Force itself).

Eventually, by the time of Obi-Wan’s exile on Tatooine though ” approximately half-way through it, according to the anthology book A Certain Point of View ” Qui-Gon had taught himself to retain his former form in the Force, appearing to his former apprentice as almost solid enough to be real and could even subtly interact with the world around him, like retain his sense of smell.

We see Obi-Wan himself go through a similar process in the movies, of course ” first appearance to Luke as a disembodied voice after his death in A New Hope and then as a spirit in Empire and Jedi. He could even, like his master before him, interact with the real world in some particular ways, if not truly be corporeal. After all, we did see him sit down on that log. 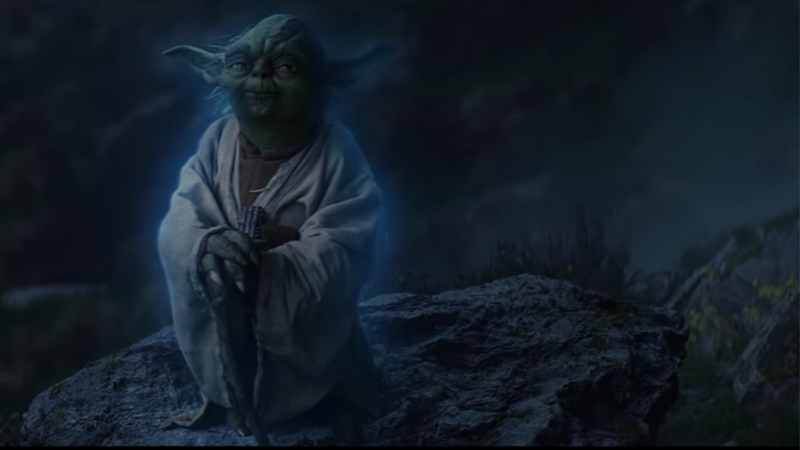 While Obi-Wan and Qui-Gon apparently got pretty good at forming there spirit, Yoda is the only Force Ghost we’ve really seen so far that has almost mastered essentially becoming back to life whole hog ” in The Last Jedi, he physically interacts with objects and living beings around him and can can have a physical impact on the world beyond merely showing up in it again.

Presumably he had a much longer time to teach himself the ability than Qui-Gon did and simply because he himself may have already been stronger in the Force than Qui-Gon was at the point of his death, meant he kind of got a running start on the whole learning curve. But it bears remembering: just because we call them Force Ghosts doesn’t necessarily mean they’re ghostly in the sense we’d expect.

Yoda conjures a bolt of lightning to seemingly destroy the sacred texts of the Jedi. (Gif: Lucasfilm)

Being pure manifestations of the Force that were born of masterful practitioners of it, it should be no surprise to learn that Force Ghosts can indeed use Force powers as they did when they had actual physical forms.

While we’ve not seen Force Ghosts push and pull things around like your average Jedi, we know they can communicate telepathically. We also know they can perform some form of astral travel, manifesting themselves across different planets ” we don’t know for sure, but it might require a familiarity with that place or someone there to do so though. We’ve only ever seen Force Ghosts appear before people they knew while they were living, of course.

That’s the basic stuff, too. In The Last Jedi, Yoda could summon lightning ” previously shown as a distinctly Dark Side ability, but presumably his came about through more of a manipulation of the atmosphere on Ahch-To rather than the manifestation of electrical energy as a weapon.

Qui-Gon, according to his appearance in A Certain Point of View, could get even weirder: he could see through time, literally all at once. A passage in the anthology describes a moment where Qui-Gon looks at Obi-Wan and sees him as he was during his exile, as a Padawan, as a Jedi General during the Clone Wars, and even his impending death, all at the same time.

So, at the end of the day, what can a Force Ghost do? Kind of anything, with enough time and practice.

There are still many mysteries as to what a Force Ghost is really capable of that we are yet to truly understand ” not just because a select few Force users have ever been able to achieve the ability to manifest as spirits in the first place, but because, like the Force, our understanding of what a Force Ghost is constantly growing and evolving.

Luminous beings, are we all. It’s just that some can shine a little brighter than others, even when they’re gone.