Image: Disney
To sign up for our daily newsletter covering the latest news, features and reviews, head HERE. For a running feed of all our stories, follow us on Twitter HERE. Or you can bookmark the Kotaku Australia homepage to visit whenever you need a news fix.

When Star Wars: The Rise of Skywalker hits theatres this December, the galaxy will be much different. The Last Jedi showed the Resistance getting crushed, the First Order gaining a new leader, and now only one show will be able to bridge the gap between the two movies. That show is Star Wars Resistance, which returns for its second and final season on October 7.

“It’s bittersweet for us because we want to see these characters live on,” executive producer Justin Ridge told Gizmodo at a press day in Los Angeles last month. “But we felt that this was a really nice conclusion that fits in between Last Jedi and The Rise of Skywalker.”

Season one of Star Wars Resistance ended with most of the characters heading towards D’Qar, the site of the General Leia Organa’s hidden Resistance base, hoping to become part of something bigger. Of course, we know from The Last Jedi, that the base was destroyed and the Resistance was forced to flee. The first few episodes of season two will likely clarify Resistance’s timeline in regards to that event, and therefore the movies in general, which was a huge factor in choosing to end the show with this season.

“We knew that Rise of Skywalker was coming out and we wanted to fit neatly in between the movies and just live in this new sequel era,” executive producer Brandon Auman told Gizmodo. “So we were playing out how we could tie up the story and then, obviously, you roll right into Rise of Skywalker.”

Before that can happen though, Resistance has a lot of stories to tie up. The biggest one, at the start of the season at least, is that our heroes’ former friend Tam (voiced by Suzie McGrath) defected to the First Order, betraying Kaz, Yeager, and the rest of her Colossus friends.

“It’s something that we’ve never seen in Star Wars before,” McGrath said told Gizmodo. “We’ve seen people leave the First Order but we’ve never seen people be recruited. So we can look forward to seeing more of those types of scenarios and see where our heroes and our beloved characters end up.”

And they could end up anywhere, which is another big bonus this season. While season one of Resistance took place mostly on the same planet and the same ship (the Colossus), season two sees all of the characters out in the galaxy and it opens things up in a much more familiar, Star Wars way.

“Season two is the opportunity to move into different planets, explore new characters, new creatures and all the conflict that season one left behind,” executive producer Athena Portillo told Gizmodo. “Now you have to try to figure out how to resolve that conflict. The platform doesn’t have food. It’s running out of fuel, constantly being chased after the First Order. So we have the opportunity to tell those stories in season two and I can’t wait for everybody to see that.” 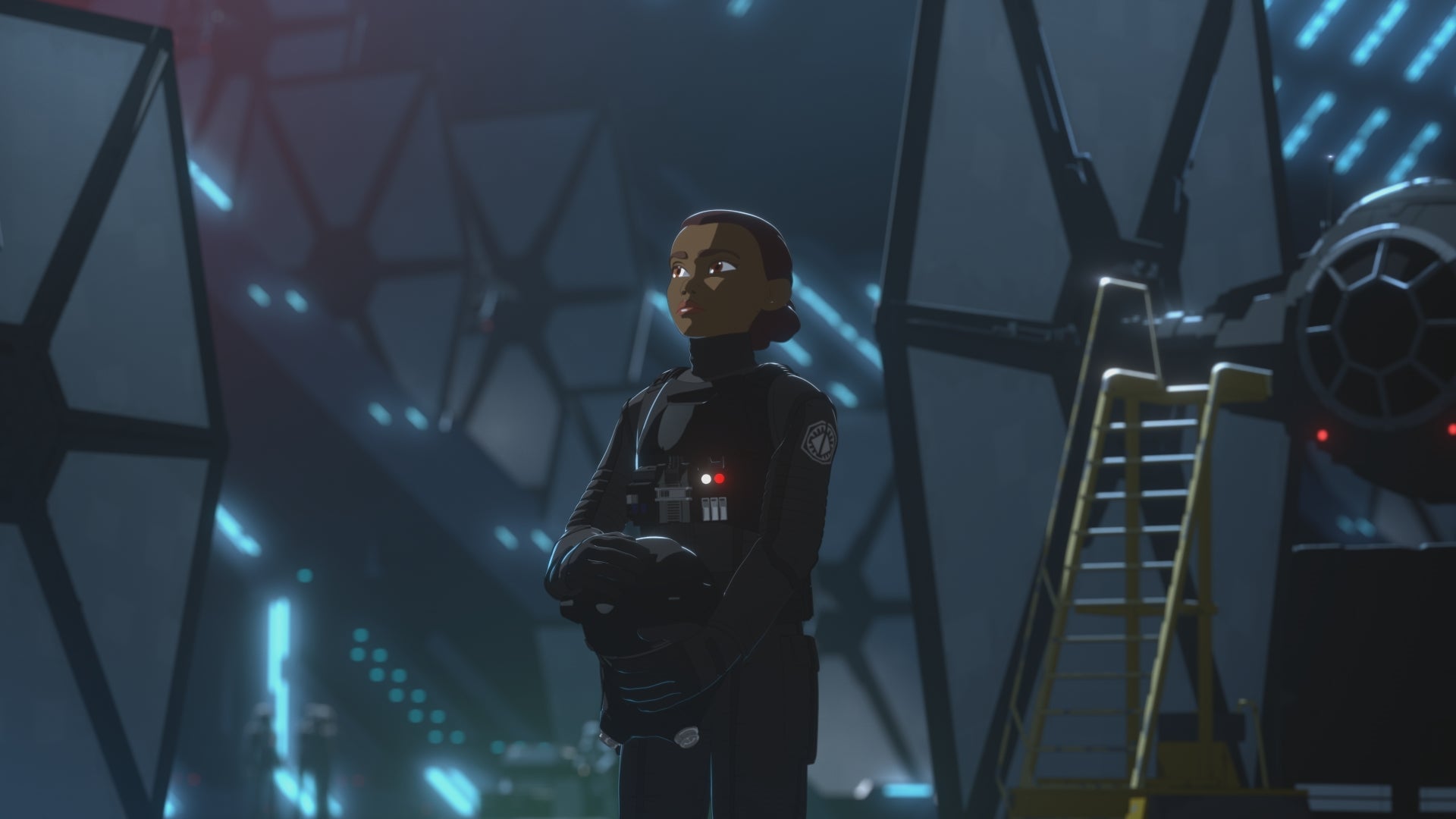 “[With] season one you have to set up the characters [and] there’s a lot of worldbuilding,” added Ridge “Now that we are more familiar with the characters we can dive in deeper, so you get a little more information about the different people on the platform and such.”

That includes the leader of the platform, Captain Doza, whose past as an Imperial officer was revealed in the first season but subsequently left behind. Portillo confirmed that thread would come back in season two, but that’s about as much actual plot information the cast and crew were willing to give up… save for what’s in the trailer.

“We want to tell the story that makes sense to our characters,” Ridge said. “In the trailer you get a sneak peek of Kylo [Ren]. You know that he’s involved somehow. But it’s really about Kaz and Tam and Team Fireball. “

Speaking of Kaz, Christopher Sean, who provides his voice, had a great perspective on the beginning of the end.

“It’s been such a joyous ride let me tell you,” he said. “This show, the team, the cast, the crew, everyone is amazing and to be honest, being rooted in the sequel trilogy and with the Rise of Skywalker ending in December, it just seems to be the perfect place for the series end. But I’m so excited because everything about season two is so good…[We] really developed the characters in the first season and now we… just develop the adventure.”

“Season one was fun Star Wars Resistance, “Bobby Moynihan, who voices Orka on Resistance, told Gizmodo. “Season two is what happens when the fun stops, how you really deal with it, and how do you get that fun back? I love this season. I’ve seen the first couple of episodes. There’s an episode in this season, god, I want to say everything but you can’t. It’s really great.” 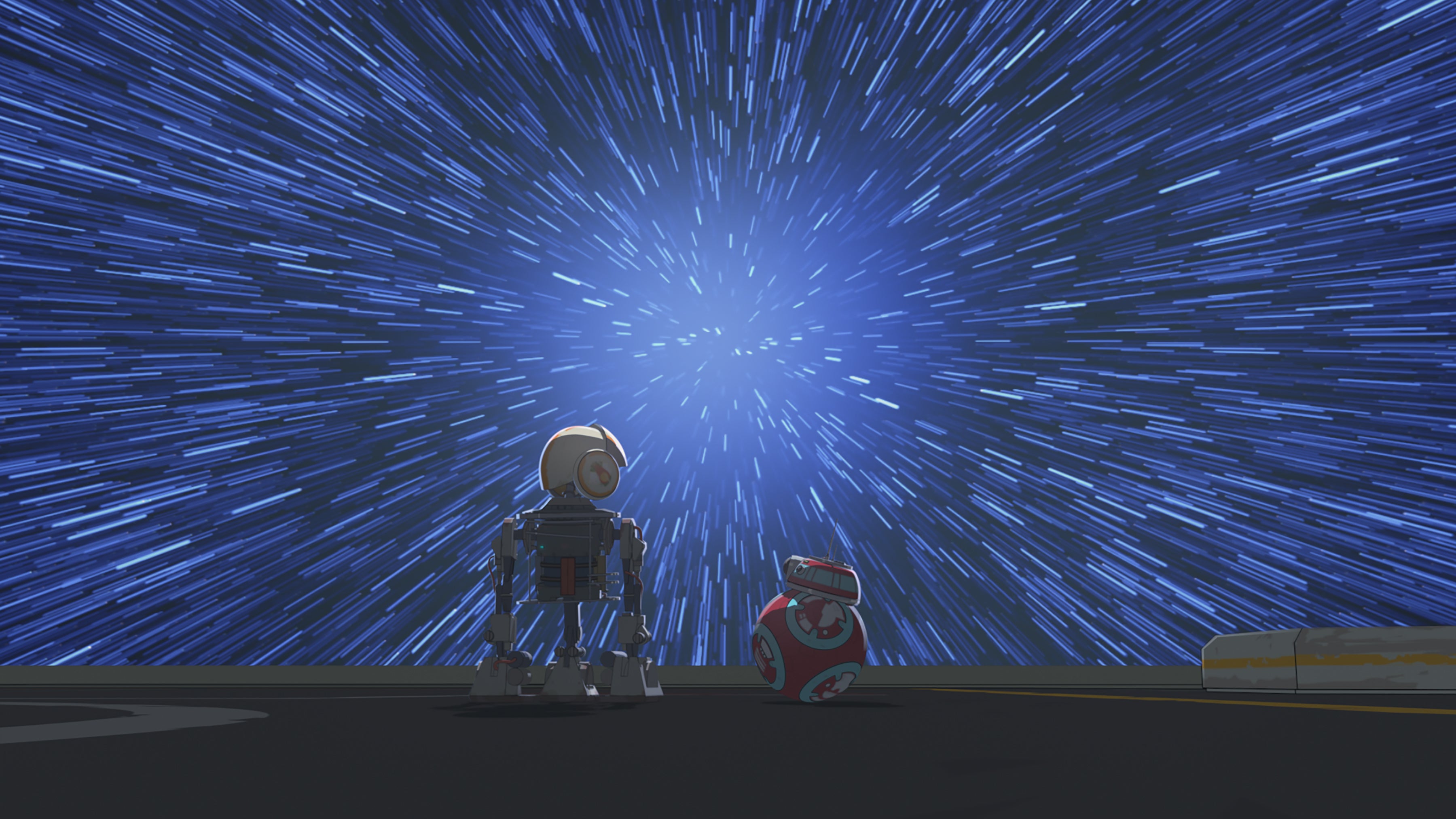 Looking into the future. (Image: Lucasfilm)

And though this is the end of Resistance, Moynihan, superfan, reminds us Star Wars never really ends.

“And, hopefully, it’s not the last we’ll see of these characters, right? You know it’s Star Wars. It’s a gigantic universe. Hopefully, they’ll show up in other places.”

However, the first place they’ll show up is for the season two premiere on October 7. It does not currently have an Australian release date.