Online in Japan, fans are wondering why the mascot character and the official representative for the country’s biggest game magazine Famitsu appear in Death Stranding.

Famitsu recently gave the game a perfect score—one of only twenty-six to get the coveted 40/40 in the publication’s history.

A thread on 2ch, the country’s biggest bulletin board, pointed out these Famitsu-related appearances. The news is being widely covered by Japan’s biggest game blogs, like Hachima Kikou and My Game News Flash. I guess the cameos supposed to be Easter Eggs, but things become murky because Famitsu also reviewed the game. 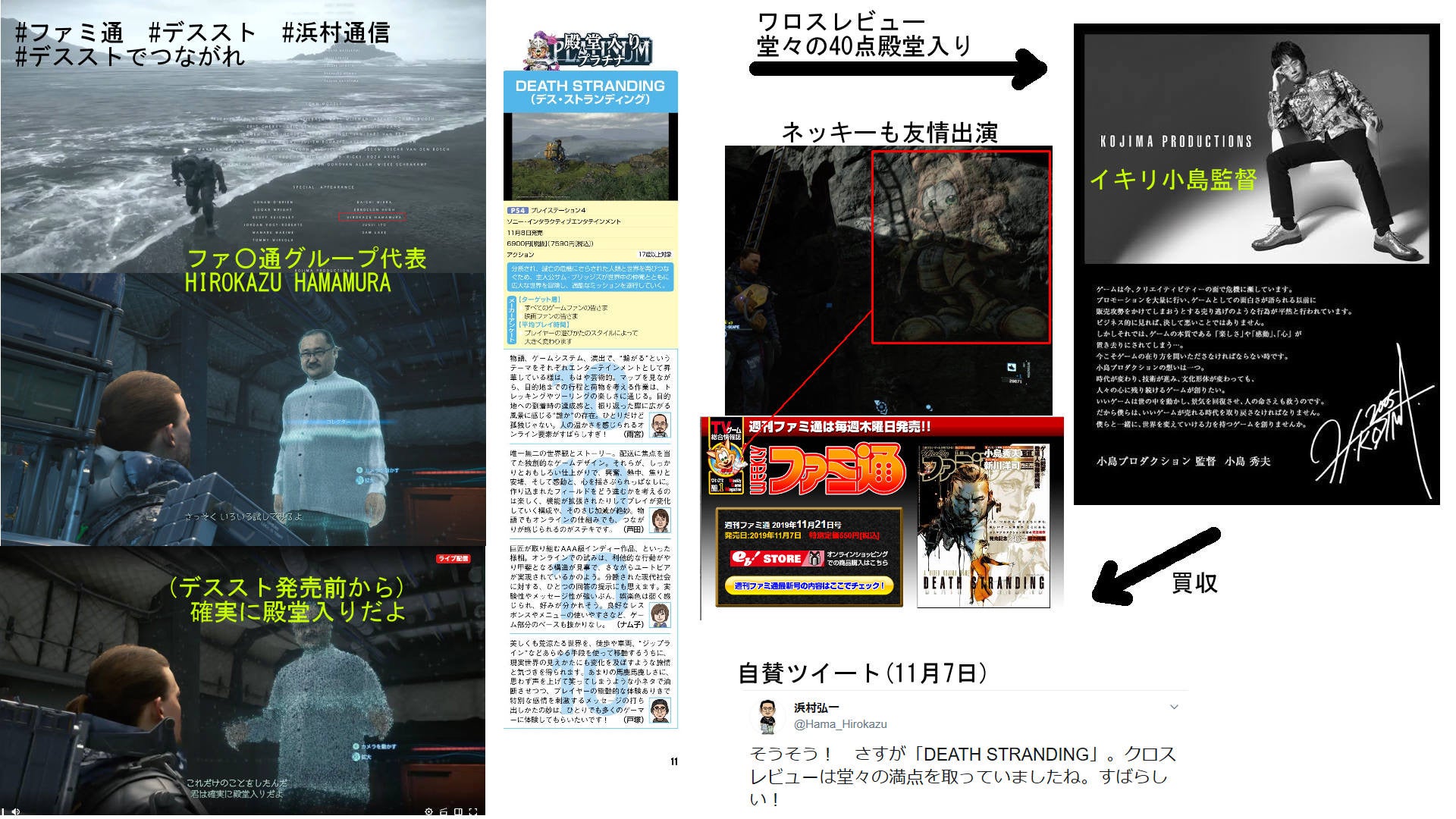 The above image appeared on 2ch, showing Hirokazu Hamamura in-game as well as his name in the closing credits as a “Special Appearance.” Hamamura used to be Famitsu’s Editor in Chief, but now he is the president of the magazine’s publisher, Enterbrain. As of writing, Hamamura’s official Twitter account lists him as “Famitsu Group Representative.”

In-game, he is The Collector, and according to his character bio, his father was a video game magazine editor in the days before Death Stranding is set. At that time, online media overtook print, the bio adds. Like the vast majority of the dialogue in the game, The Collector flatters Sam. However, according to 2ch, Hamamura’s Japanese subtitle reads, “君は確実に殿堂入りだよ” (kimi wa kakujitsu ni dendou iri da yo), which means, “You’ll surely get in the Hall of Fame.” High-scoring games in Famitsu are tagged with 殿堂入り (dendou iri), which basically means, “Hall of Fame Entrant” or “Hall of Famer.” 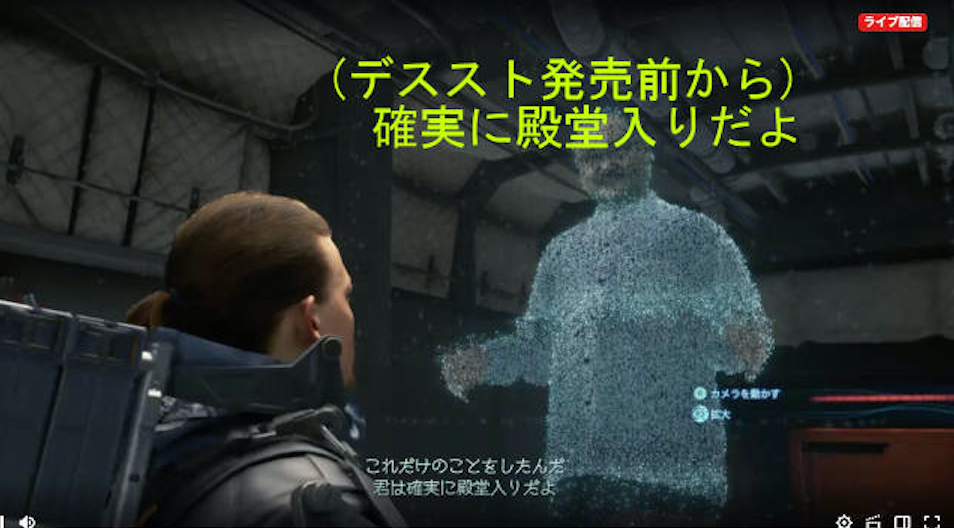 This specific Japanese subtitle can be seen in the above image. In English, the added green Japanese text reads, “(Since before Death Stranding went on sale), [it] will surely get in the Hall of Fame.” Below is the previously mentioned subtitle. Kotaku, however, has yet to confirm this specific line in-game firsthand.

Even though Hamamura is now an exec, when game fans in Japan see him, they think of Famitsu. This is why he is the Famitsu Group’s designated rep. The publication’s official mascot character Necky the Fox is also in the game (screenshots below).

Commenters on 2ch certainly have opinions about this, saying that Famitsu’s articles and reviews are already merely PR or that this situation makes them feel uneasy or gross. There are also the inevitable conspiracy theories about scores as well as some real talk. “Putting a perfect score on something you appeared in is unpleasant,” wrote one commenter. Another added, “Appearing in the game as an advertisement is ok, but reviewing the game is not.”

One 2ch commenter chimed in, “If you going to appear in a game, don’t review it.”

“I think it’s fine if he appears in the game, but this fact needs to be made clear in the review,” wrote yet another commenter. The appearance of Hamamura or the Famitsu mascot does not appear to be included in the review. 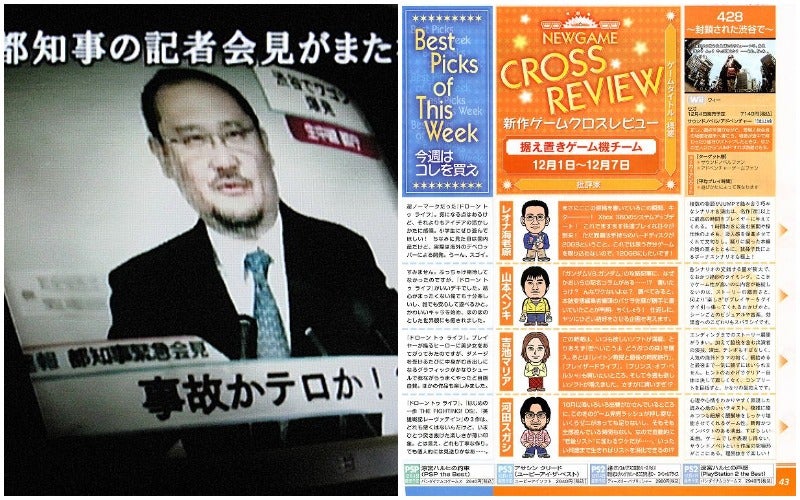 This isn’t a first for Hamamura. Previously, he appeared in the Japan-only Wii game 428: Shibuya Scramble, which also got a perfect score. It’s also not the first time he’s been wrapped up in a Kojima game. Hamamura appeared in an ad campaign for Metal Gear Solid: Peace Walker that ran in Famitsu. The publication then awarded the game a perfect score.

Online in Japan, the reaction to these latest cameos has not been good. The unfortunate thing about all this is that Death Stranding is an interesting game—an inventive breath of fresh air! It’s a shame that these Famitsu-related appearances are creating unnecessary controversy where there should be none. They are actually messing things up for the game’s Japanese launch.

Surely, Hamamura has more pressing things to do. Necky, too.