2019 was U.S. toy fans’ first full year as we once knew it. Desperate Americans were forced to buy from non-dedicated toy sellers, with their lower prices and convenient one-stop shopping. It was a nightmare, but somehow we made it through with some pretty cool stuff. Let’s check it out. 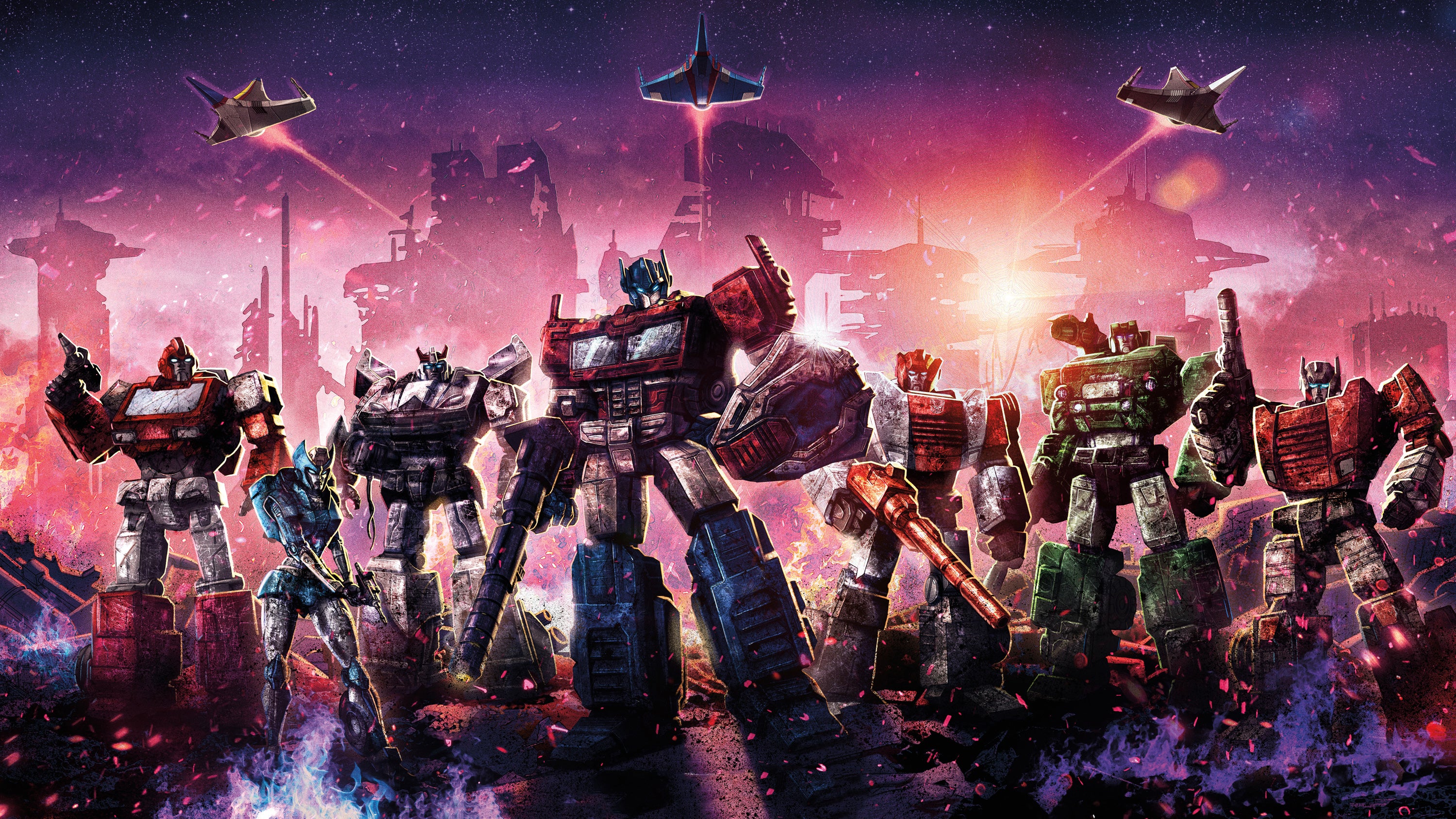 The latest subline in Hasbro’s Transformers Generations toy line is a smorgasbord of old school fan service. The Siege line is packed with classic characters from the original “˜80s cartoon series, reimagined for modern release. The toys look like they’ve been in a fight, covered with scratches and battle damage. Just look at poor Soundwave here. He’s seen better days.

The Siege line also proves that older fans don’t mind the odd play gimmick. Figures come with weapons and other items that transform into robots. Translucent plastic weapon effects simulate blasts and beams flying in the heat of battle. Weaponizer figures break apart to be used as armaments for larger robots. There are so many ways to play. I mean, carefully collect and arrange on a display shelf. 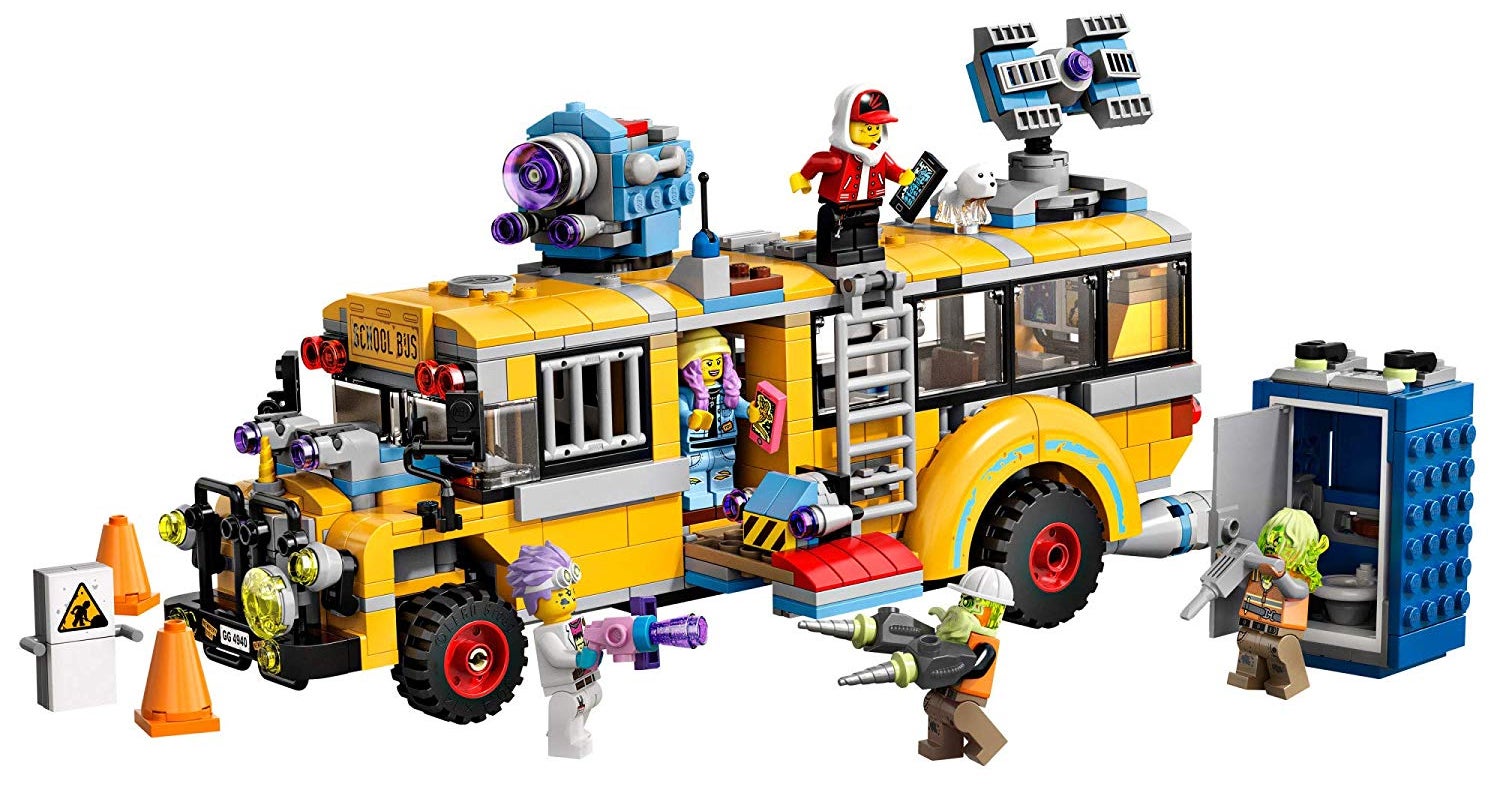 Launched earlier this year, the new Lego Hidden Side line is sort of a fresh take on Ghostbusters with an augmented reality twist. Quirky scientists and other ghost hunters battle spirits and transformed objects across school busses, trains, haunted high schools, and more. The builds are wonderful (I have the bus on my desk) and the characters are neat and quirky. But wait, there is more. 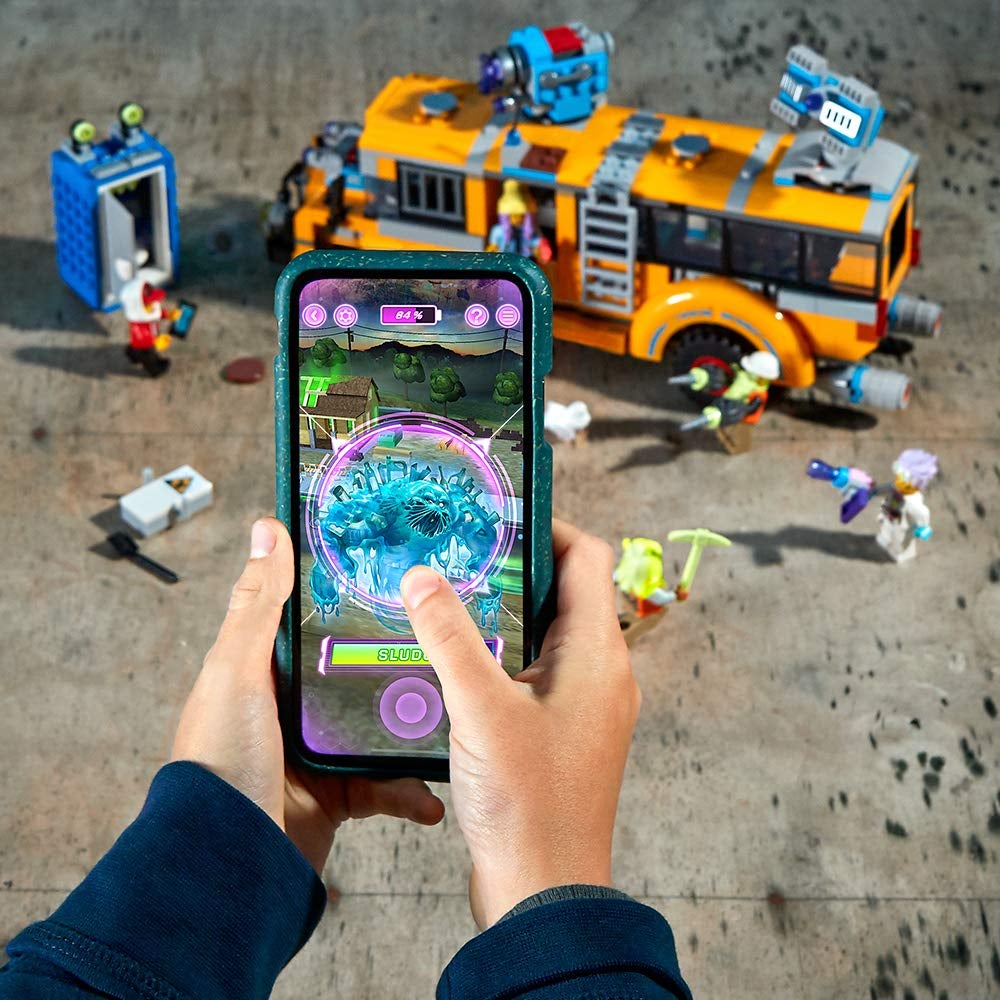 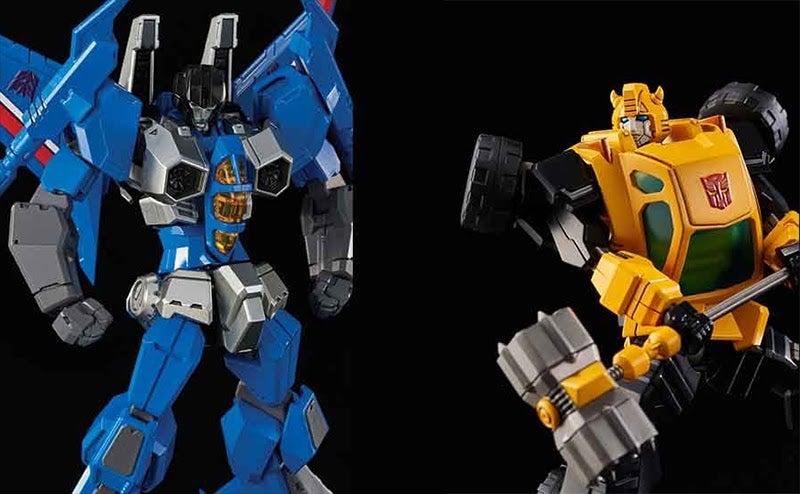 I’ve been wanting to tell you all about Flame Toys’ Furai line of Transformers models for a long time now, but I keep accidentally running them over with my power wheelchair. Distributed in the U.S. by Bluefin Brands, these non-transforming robots are some of the coolest, most detailed “beginner” models out there. There’s no glue, no paint, just snip and click. I’ve assembled Thundercracker, Bumblebee, and Optimus Prime so far. Hopefully getting my hands and highly-destructive mobility aid on Megatron next. 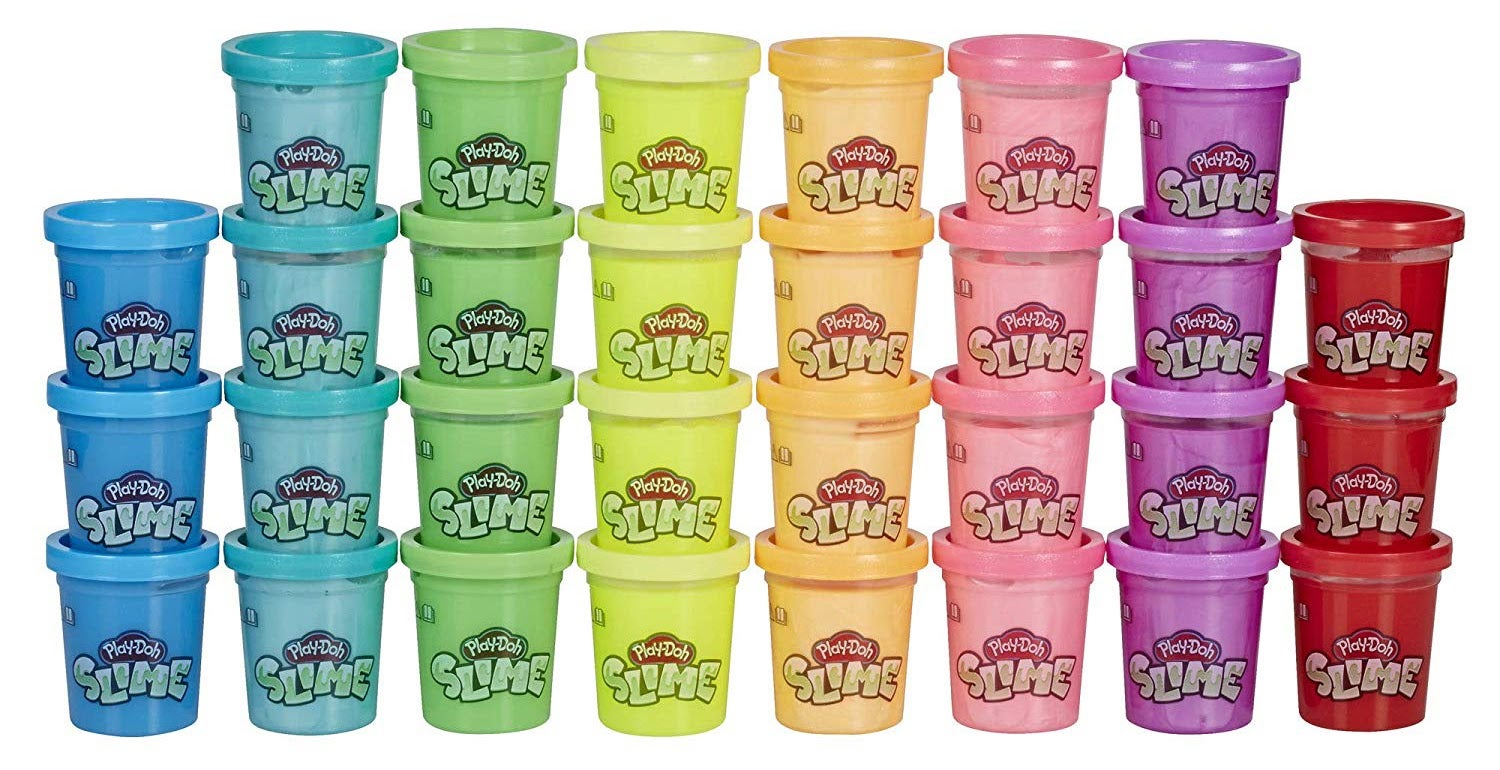 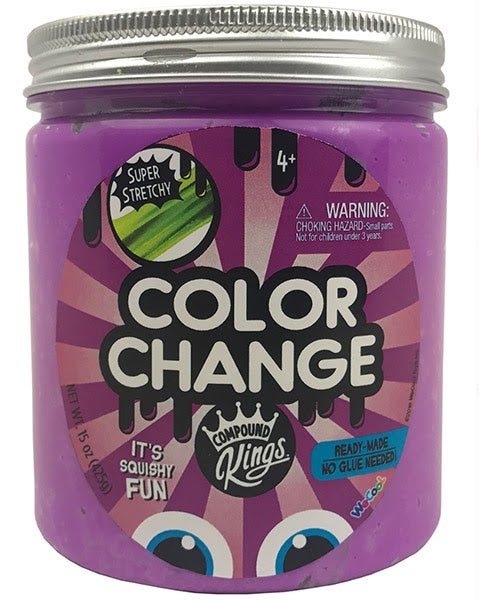 I have really gotten into slime, putty, and other squishy things this year. Goop of all sorts is enjoying a period of popularity, with kids and teens getting together to create their own glitter-infused concoctions. Even Play-Doh has gotten into the squishy stuff, launching its own line of slimes in several different consistencies.

My favourite brand of slime and such, however, is Compound Kings. I have a jar of their colour-changing purple slime by my bedside table that I like to fiddle with before going to sleep. It helps me relax. And sometimes I put it on my face for no reason. I am an odd person. 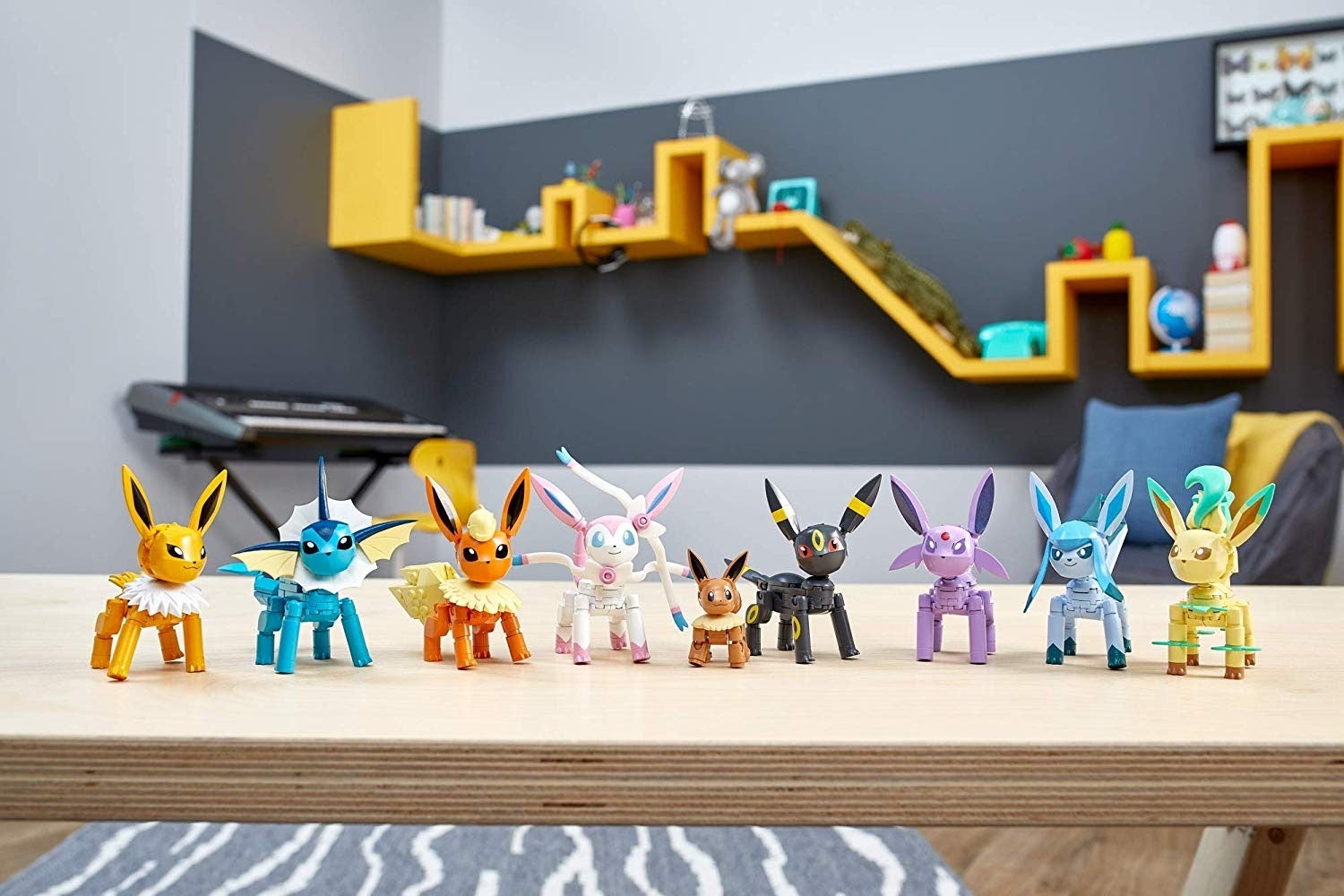 Yes, yes, Mega Blocks, now Mega Construx, are inferior to Lego. But Lego does not have the Pokémon licence. Mega does, and it’s been doing some pretty cool things with it. The Detective Pikachu line from earlier this year was excellent, and I own several of the series’ larger Pokémon builds, but the best set by far is the Every Eevee Evolution! Pack. It’s a celebration of the best, most versatile pocket monster. The set has Eevee, of course, and all of the Eevee extended family”Vaporeon, Jolteon, Flareon, Espeon, Umbreon, Leafeon, Glaceon, and Sylveon. It’s such a great little collection, and you get to build them yourself.

When it comes to Star Wars I am more a fan of the tech, weapons, costumes, and armour than I am the stories the series has been trying to tell over the past four decades. I enjoy Hasbro’s The Black Series role-playing gear more than the movies. When I put on the Luke Skywalker Battle Simulation Helmet”a helmet large enough for my giant melon, mind you”I feel like an X-Wing pilot in one of the films’ more interesting moments. 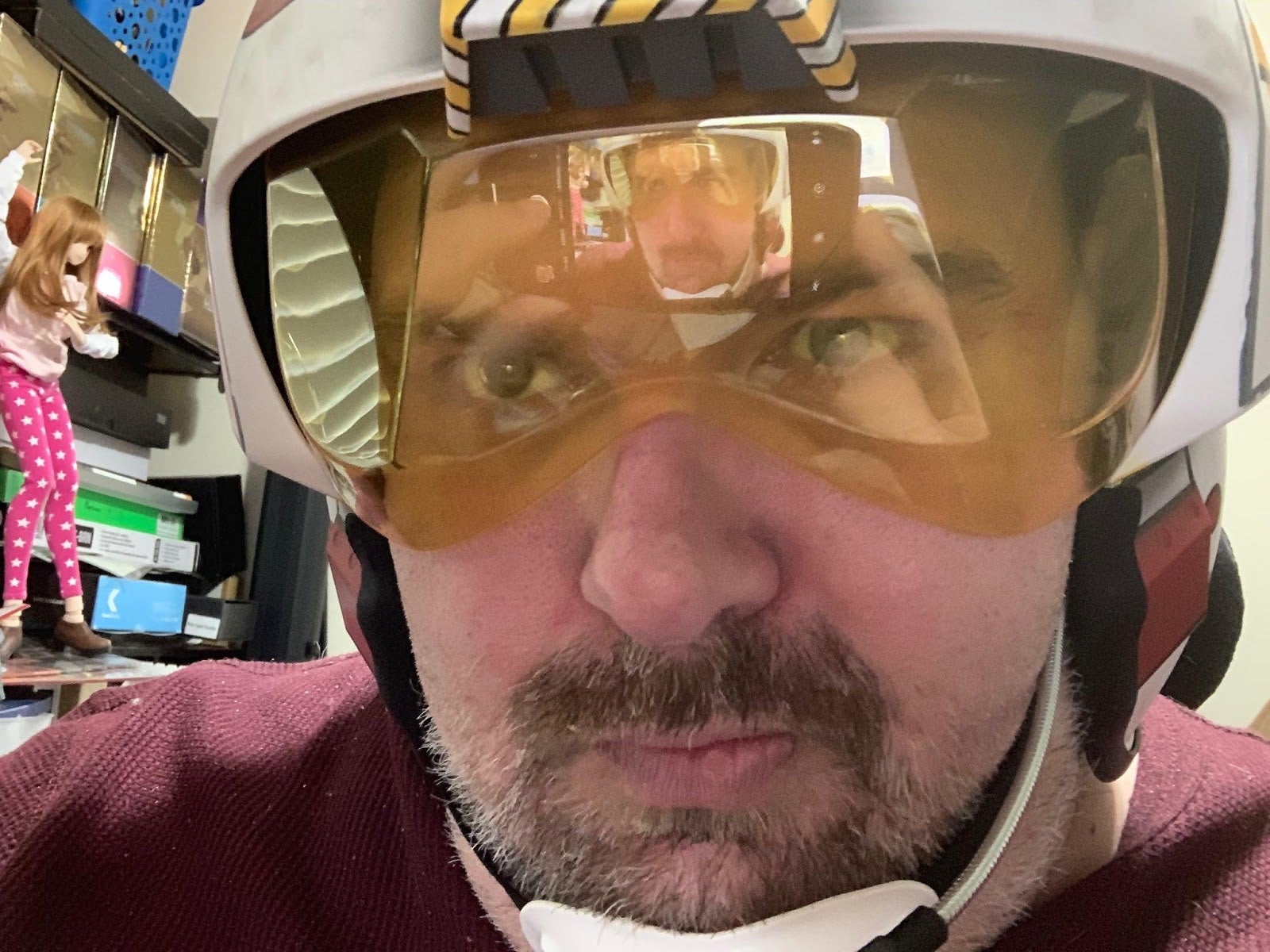 It looks amazing, especially on other people. It has lights and sounds. It even has a switch on it that swaps between Yavin and Hoth effects. It’s a movie-hopping helmet, and it’s my best friend. 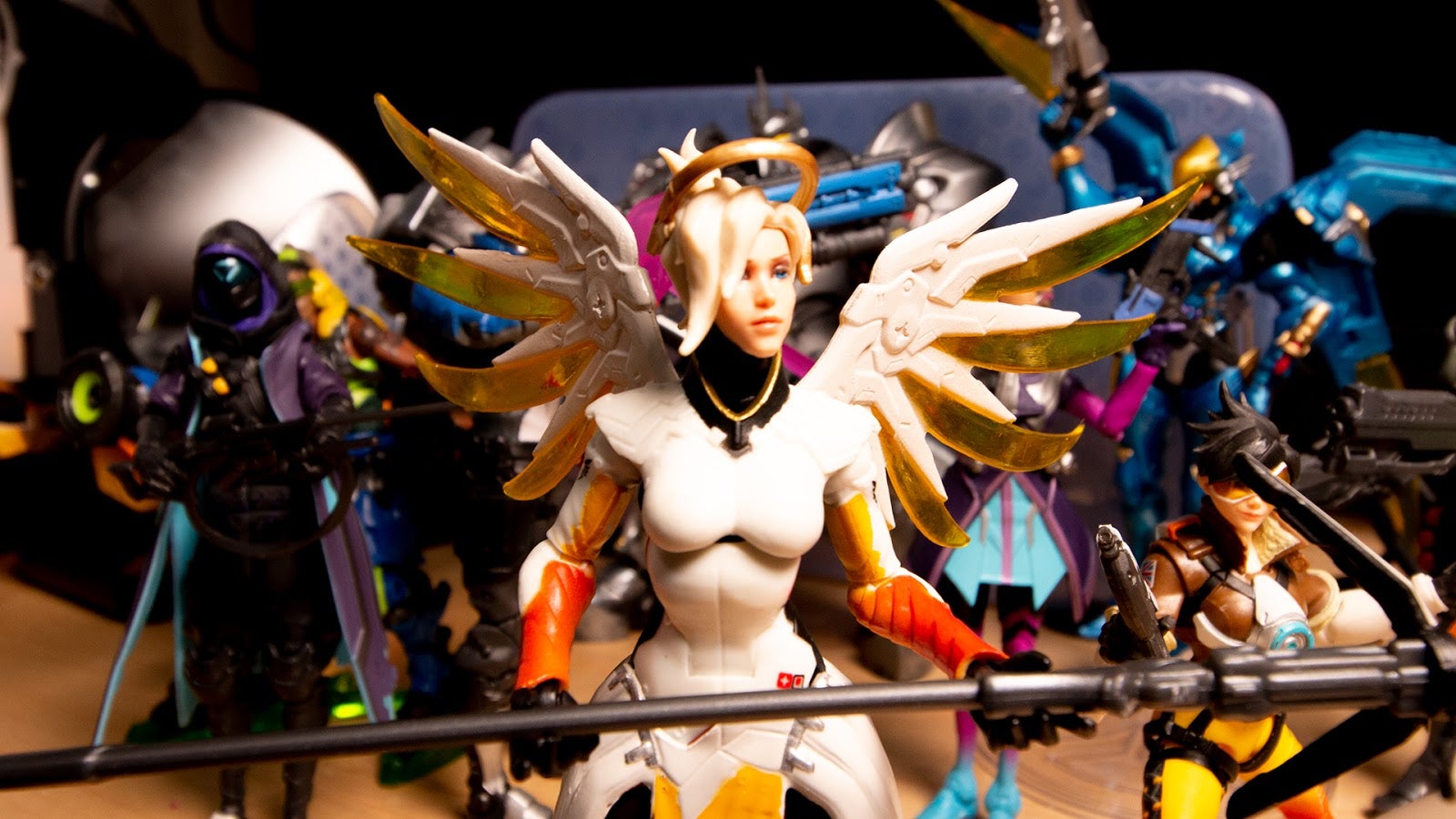 Thank goodness Hasbro got the Overwatch licence from Blizzard, giving fans a line of highly-detailed, reasonably-priced (starting at $US20 ($29)), game-faithful plastic friends to play with. I’ve had these on various desks all year long, and I’ve probably had more fun with them than the game proper.

So what did you play with this year?