“The German player Özil posted an extreme statement about China on social media,” NetEase wrote on the Chinese social media platform Weibo, according to a translation by The Independent. “The speech hurt the feelings of Chinese fans and violated the sports spirit of love and peace. We do not understand, accept or forgive this!”

On December 13, Özil posted on Instagram about China’s mass roundup of Uighurs, Turkic Muslims who live in the Northwestern part of the country, and their imprisonment in re-education camps.

“East Turkistan, the bleeding wound of the Ummah, resisting against the persecutors trying to separate them from their religion,” wrote Özil according to a translation by The Guardian. “They burn their Qurans. They shut down their mosques. They ban their schools. They kill their holy men. The men are forced into camps and their families are forced to live with Chinese men. The women are forced to marry Chinese men.” 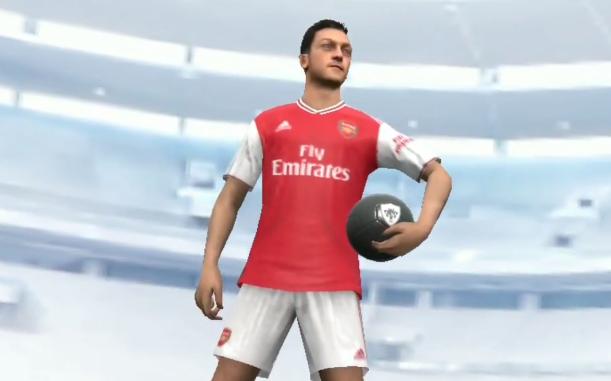 Özil happens to also be friends with Recep Tayyip Erdoğan, Turkey’s facist President. The Arsenal player broke Ramadan fast with Erdoğan earlier this year, and also had the autocrat be his best man at his wedding in June. In October, Erdoğan engaged in a military campaign of ethnic cleasning against the Kurds in northeastern Syria.

Özil, a German player of Turkish descent, was criticising other Muslims for not speaking out more against China’s actions, NetEase has decided to scrub him from the game in China, including its popular mobile version, over the remarks.

Earlier this year, NetEase, which also distributes Blizzard’s games in China and is co-developing Diablo Immortals, strongly criticised Hearthstone player Ng “Blitzchung” Wai-chung for saying “Liberate Hong Kong” during a post-match interview. “We will protect our national dignity,” NetEase wrote about Chung’s suspension on the official Blizzard Weibo account it operates, according to a translation by IGN.

Usually when players get removed from a sports game its for something like making Nazi jokes, not calling out human rights abuses that arguably amount to ethnic cleansing.