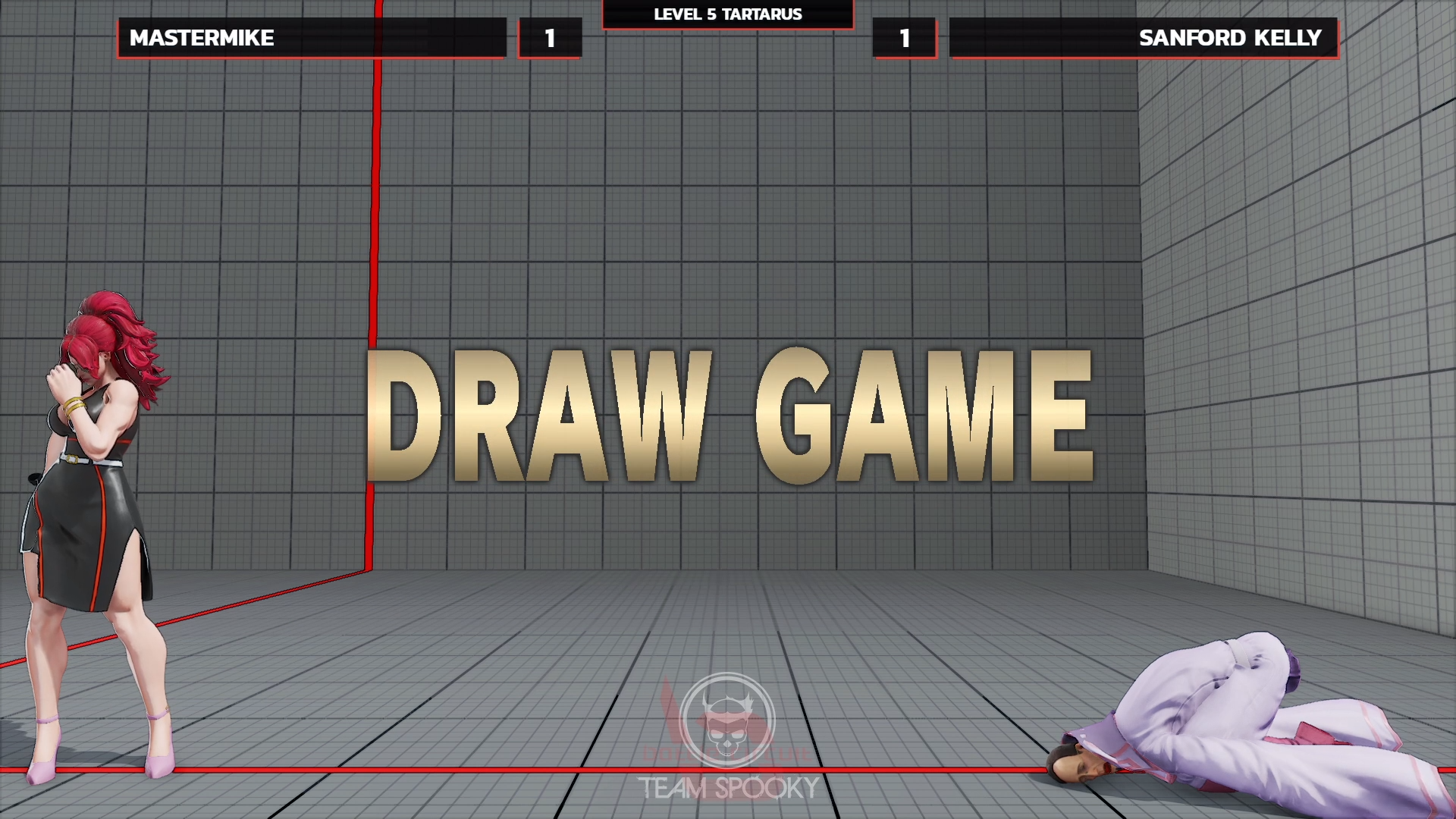 Screenshot: Capcom (Team Spooky)
To sign up for our daily newsletter covering the latest news, features and reviews, head HERE. For a running feed of all our stories, follow us on Twitter HERE. Or you can bookmark the Kotaku Australia homepage to visit whenever you need a news fix.

Brooklyn-based Next Level Battle Circuit is one of the most prominent weekly tournament series in the fighting game community and, as such, provides a fantastic opportunity for New York City’s best players to promote themselves and their region every Wednesday. During last night’s event, two competitors personified what’s come to be known as the “east coast” style when, with both players sitting on a sliver of life, their match ended in a draw.

Michael “MasterMike” Flores and Sanford “Santhrax” Kelly met in the losers bracket of NLBC’s Street Fighter V tournament, determined not to be eliminated from the competition. They use pretty defensive characters—F.A.N.G and Poison, respectively—and the fight slowly dragged on until both players were sitting on match point. With one last swing of Poison’s whip, Santhrax, already on the verge of death, reduced MasterMike’s health to a minuscule blip. It would only take one clean hit or blocked super for the match to end, but that’s not what happened. No, they simply waited each other out until the contest ended in a draw. Event broadcaster Victor “Spooky” Fontanez summed up the entire moment on commentary with one simple phrase: “East coast!”

While the fighting game community might seem like one big interconnected scene thanks to the spread of social media and online play, things weren’t always like that. In the days when games like Street Fighter III: 3rd Strike and Marvel vs. Capcom 2 ruled the roost, much of a player’s time was spent practicing with likeminded individuals at the local arcade or, at most, a spot one or two towns over. As such, regions developed their own, separate playstyles that were largely predicated on which tactics their best competitors employed.

This phenomenon was most obvious when comparing the west and east coasts. Where folks in Southern California might have learned to “rush that shit down” from community veteran Alex Valle, the scene in New York City was dominated by the slow, methodical play of its own legends, players like Eddie Lee, Arturo “Sabin” Sanchez, and eventually Justin Wong. These sharp divides aren’t as prevalent today, but they still pop up from time to time, especially when someone manages to win a big event with super defensive strategies or, as was the case in last night’s matchup, both players decide to turtle up.

Is any one style more legitimate than any other? Not really! Despite how some portions of the fighting game community gripe about projectile-heavy zoning or keepaway tactics, the only thing that really matters is securing the win. Defensive play may be boring for some, but many still find excitement in the way players seem able to see a few steps ahead of their opponent in any given match. There’s a beauty to be found in the small nuances that set meticulous strategies apart from, say, getting in someone’s face and beating them to a pulp, and we have the east coast to thank for carrying that torch all these years.