The GTA San Andreas Myth That Turned Out To Be True 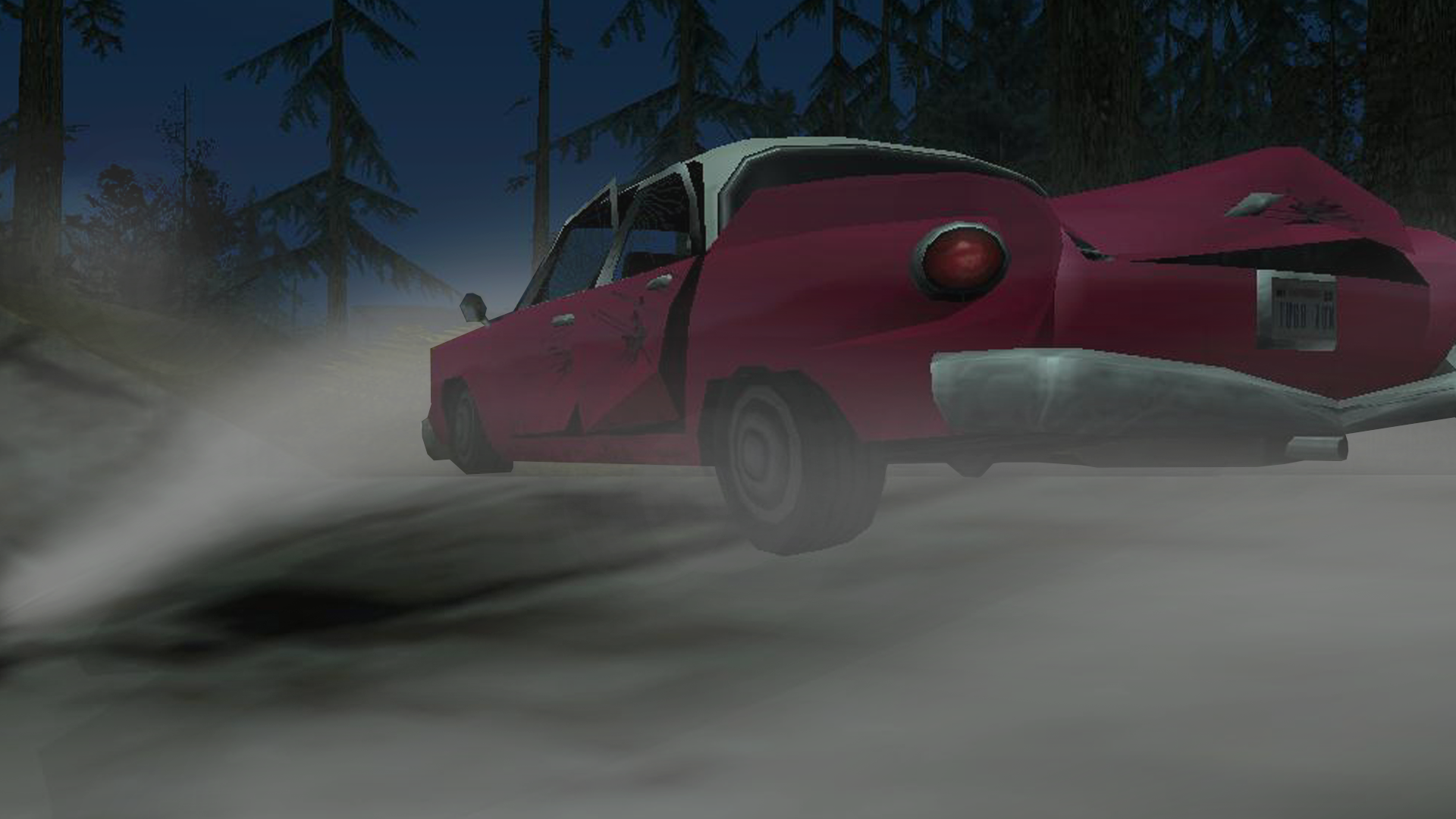 Back in 2005, I was almost 15 years old and I was still playing Grand Theft Auto: San Andreas. The game at this point was over a year old. But I was still spending hours every week playing it. It was during one of these sessions that I experienced a strange and spooky encounter with an old car in the woods.

One weekend back in 2005, I was playing some late night GTA San Andreas. I was out in the southern area of the map, where it is heavily filled with trees, rocks and not much else. Suddenly, a car rolled down a hill. It was old, beat up, and its red paint job stood out in the dark forest.

I ran up to the car, only to find it was empty. I didn’t know what happened and was a bit creeped out, so I left the area quickly. What I didn’t know at the time was that I had just run into a ghost car, a popular myth in GTA San Andreas.

Not long after the game was released, players began reporting strange cars they found in the woods. These cars would drive down hills as if they had human drivers on the inside. But when examined, the cars were empty. People began calling these strange automobiles “ghost cars”.

Unlike other famous mysteries in GTA San Andreas, such as Piggsy or Bigfoot, ghost cars could easily be found. If you run around the woods of GTA San Andreas for long enough you will probably encounter a ghost car.

After my first encounter with a ghost car, I began looking online for information about the cars. I quickly found now-long lost posts about the ghostly cars from other fans.

Some were telling the truth, telling tales that sounded like my creepy encounter. Other fans seemed to be making stuff up. I distinctly remember one player sharing a “real” story about how a ghost car actually chased them and honked its horn as it weaved around trees, trying to run over the terrified player. Another player said they saw a ghost car and while leaving they ran into a UFO.

While this stuff might sound crazy today, 15 years ago it sounded a lot more plausible. GTA San Andreas seemed impossibly big at the time and it was still a new game. I remember reading these stories and thinking to myself that some of this could be true. At the time the game felt like a puzzle box that nobody had cracked yet.

I, like many other players at the time, spent hours searching the woods and deserts of San Andreas for secrets and creepy creatures. I remember spending way too much time in the foggy woods using my jetpack to coast around, looking for the elusive Bigfoot. 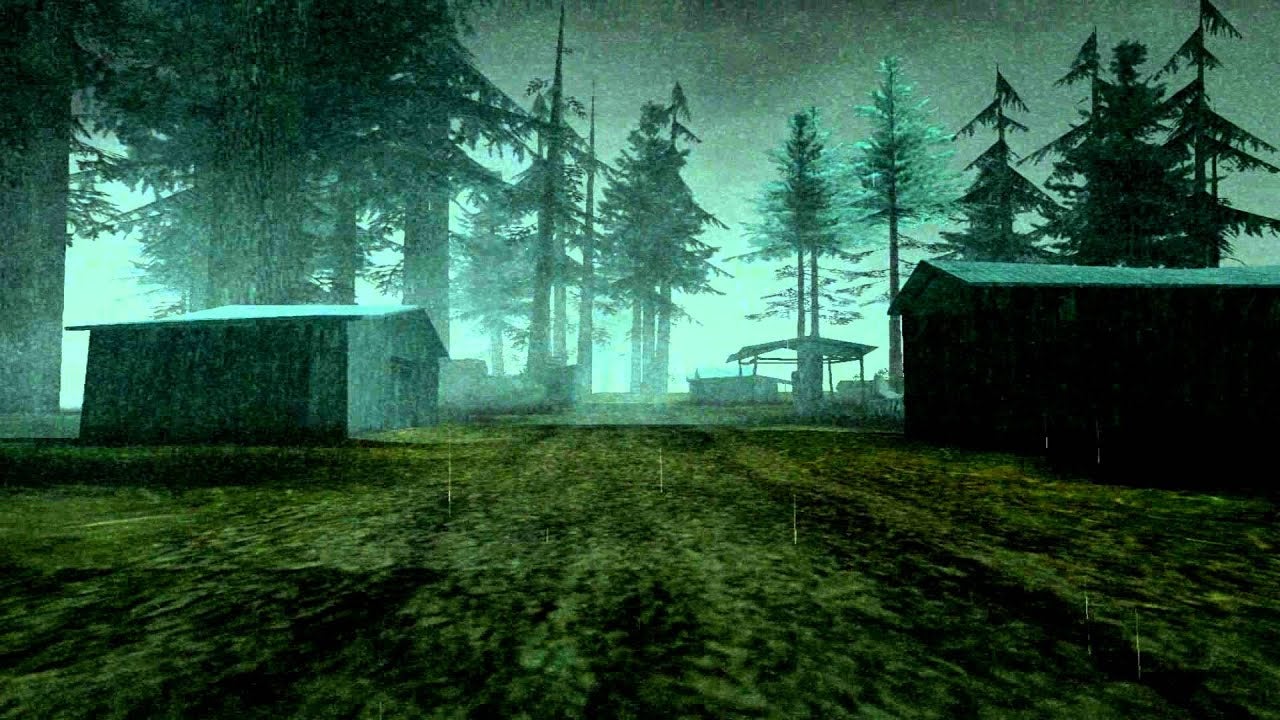 Now that we have ripped apart San Andreas and seen all the files and lines of code in the game, we know there aren’t any strange creatures or ghosts. But before we knew all the answers, San Andreas felt like the real world. It was large and we didn’t know everything.

Back then, it really did feel as though maybe aliens and other strange things could be lurking in the digital world of the game. And when we found ghost cars and could regularly spot them, it almost felt like a confirmation that anything could be in the game.

So if ghost cars are actually in the game, what are they? Is this actually Rockstar including a creepy paranormal event into their open-world crime simulator? The answer is no and the explanation of ghost cars is interesting, but not creepy at all.

There are a lot of vehicles in GTA San Andreas. A few cars in the game have special versions that can sometimes spawn. The Glendale, an old car that looks as though it was made in the 50s, has one of these special variants.

In the in-game files of San Andreas, this special version is named “glenshit” and is a beat up and ugly version of the Glendale. This beat up version of the car can spawn in a few places in the southernly rural sections of the map.

Sometimes it can spawn on hills or small inclines in the woods. When this happens the cars will roll down the hill and appear to be driving. The game doesn’t spawn a driver, so when players investigate they find an empty car.

These cars were not, however, actually running or turned on. So any videos or pictures featuring the cars driving around or having their headlights are fake and were made using mods or editing tricks.

Also, these cars can sometimes spawn during vigilante missions because the game can technically spawn any car during these missions, including the shitty version of the Glendale.

So the ghost cars are just poorly placed spawn points for a beat-up old car. Maybe Rockstar placed them here on purpose, to create spooky cars that drive down hills without drivers?

But the more likely answer is that Rockstar wanted players to find crappy and old cars in this part of the map, cars that look abandoned or wrecked. Then, because some of their spawn points were too close to hills, these cars would roll down mountains and scare teenagers who were up too late playing GTA.

The GTA series has a lot of mysteries — you can find a whole wiki dedicated to them — but most of them are fake or totally made up. But a few of them, such as the ghost cars, turn out to be true.

And while the reason ghost cars exist isn’t creepy, these rare proven-to-be-true myths help make it easier to believe that maybe Bigfoot is out there, wandering Mount Chiliad.