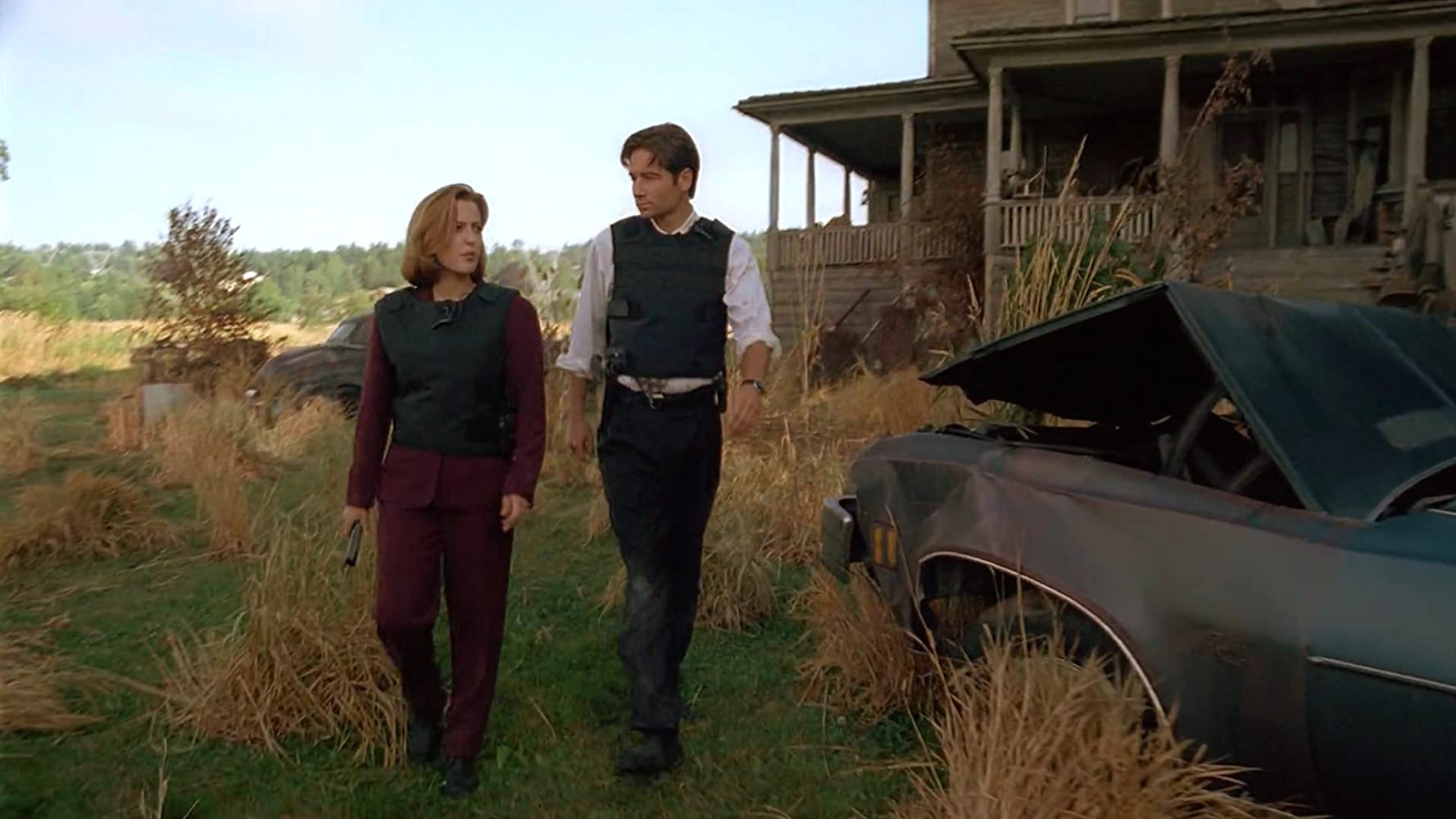 These are strange days we’re living in, which makes it the perfect time to revisit The X-Files. Lately, we’ve been focusing our binge-watch efforts on the monster-of-the-week episodes that scared us so bad we might as well say they scarred us”because they’re still giving us nightmares. Here are 10 favourites you can watch to give yourself and otherworldly fright.

This very early entry in the series divides its focus between the investigation of a puzzling string of murders”committed in locked or otherwise enclosed rooms with no apparent entry points, leaving behind victims with their livers brutally ripped out”and Scully’s affirmation of just how her â€œspookyâ€ new partner is viewed by the rest of the bureau. Though she agrees that Mulder’s theories are a bit out-there, she has faith, and together they capture the killer”Eugene Victor Tooms (Doug Hutchison), a mutant-human creature who’s able to stretch out and shimmy into impossibly narrow spaces, searching for livers to sustain his next 30-year hibernation”just as he’s angling to make Scully his next target.

The creepy character proved to be such an unsettling villain that he returned for season one’s 21st episode (â€œToomsâ€), hellbent on both revenge against Mulder and gobbling up that one last liver he requires before he can take a long rest. Once you’ve met Tooms, you’ll never look at an air duct the same way again. 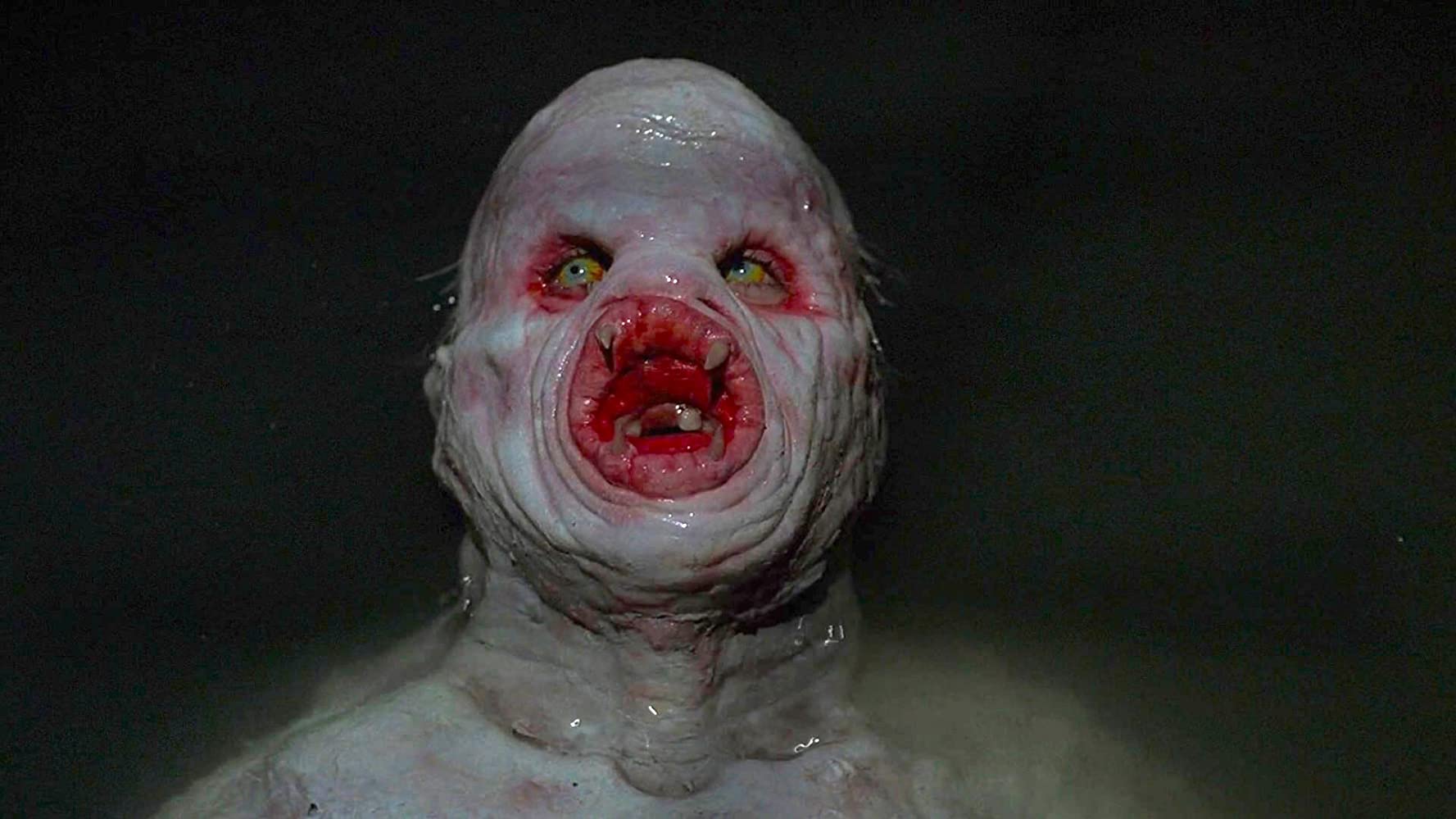 The FBI’s X-Files division is temporarily â€œshut downâ€ during this episode, but of course that doesn’t stop Mulder (so salty about how the bureau’s treated him, he’s thinking about quitting) and Scully (who yoinks a wayward worm from a dead body during an autopsy, an image that’s never not shiver-inducing) from pooling their talents when a humanoid sewer monster starts terrorizing several fan-favourite episodes of the series”with good reason. Not only does it prowl the foul, fetid flushings of a major metropolitan area, but the genuinely freaky creature design (ugh, that gory, fang-framed maw!) is also just as haunting now as it was back in 1994.

Evil kids are a well-worn horror trope. But The X-Files put its own sci-fi spin on the idea in â€œEve,â€ which begins with a murder so strange that Mulder initially suspects extraterrestrial involvement”until another, practically identical murder happens on the other side of the country. When Scully and Mulder travel to the second crime scene, they’re shocked to discover that the victim’s young daughter is identical to the first victim’s child. The mystery widens to include a fertility clinic with ties to a sinister cloning project (hat-tip to Deep Throat for that information). That’s unnerving, but the scariest parts of the episode come courtesy of the eerie â€œtwins,â€ played by Erika and Sabrina Krievins. They’re the youngest remaining products of the experiment, and despite their age and the fact that they were both raised in comfortable, loving homes, they prove more than adept at cold-blooded murder. They also very nearly succeed in poisoning the perfectly nice FBI agents who’re just trying to help them. 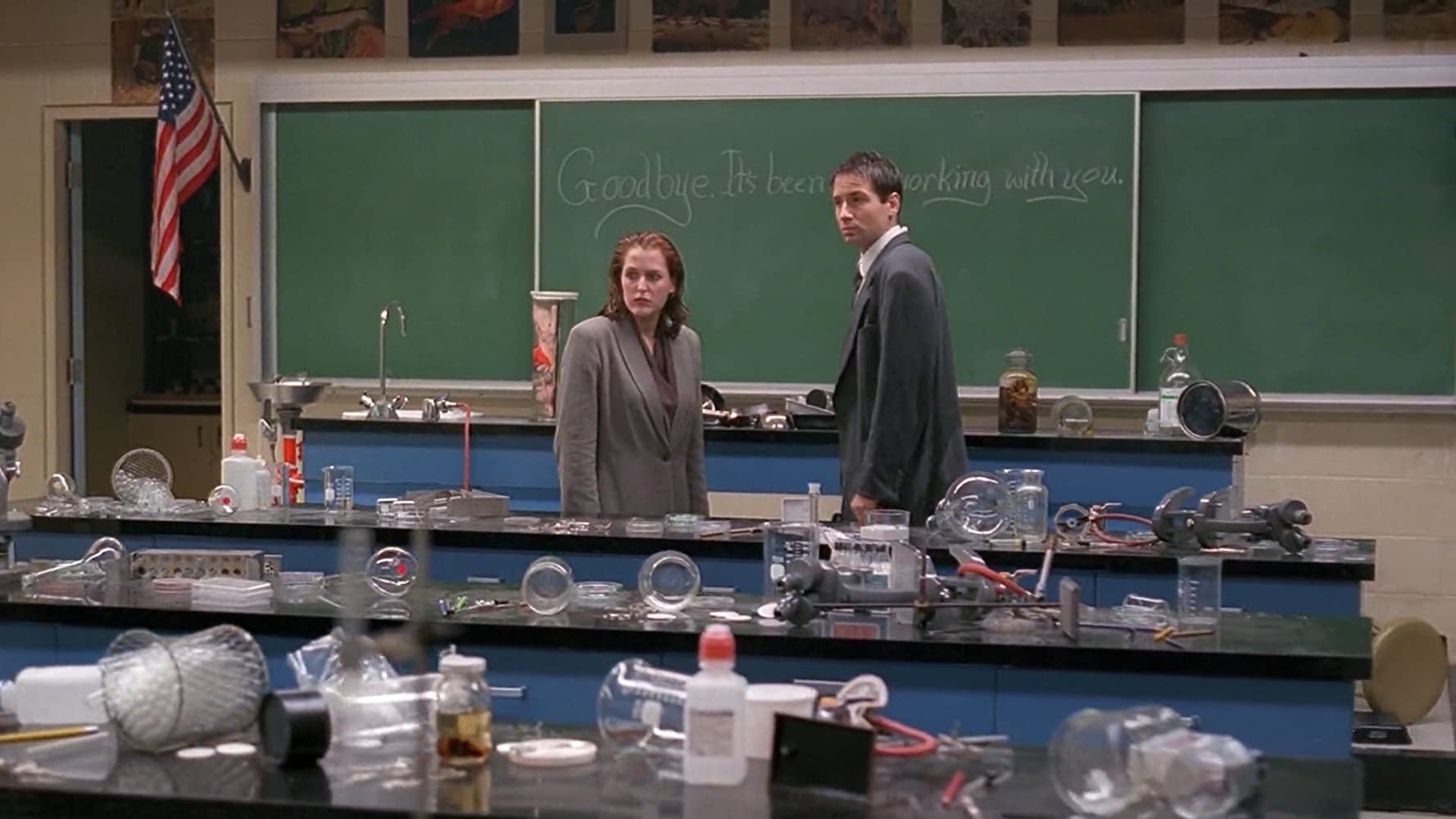 A small town in New Hampshire beckons Scully and Mulder when a teenager is found mutilated in the woods; citing the area’s unholy reputation, local law enforcement suspects cult activity is to blame. While Scully’s mind goes straight to â€œSatanic Panicâ€”and the story delves into some themes associated with that phenomenon, including repressed memories of ritual abuse”Mulder has other ideas, and so do we, since we’ve already seen that the staff at (ahem) Crowley High School is indeed into devil worship. While the episode is ultimately about what a crisis of faith among Satanists might look like (in short, it’s messy), there’s a lot of terrifying stuff along the way that’ll plunder your worst memories of high school science class. Snaaaake!

This list would not be complete without â€œHome,â€ easily the single most disturbing X-Files episode ever, and arguably the most disturbing episode of any television show ever. In quaint Home, Pennsylvania, there’s a crumbling farmhouse where the near-feral Peacock family has lived for generations; the current occupants are fond of nighttime drives in their vintage Cadillac…that is, when they’re not producing alarmingly inbred mutant children and murdering anyone they perceive to be threatening their way of life. If you ever wondered â€œwhat could be scarier than the family in Texas Chainsaw Massacre?â€”well, â€œHomeâ€ has all the answers. 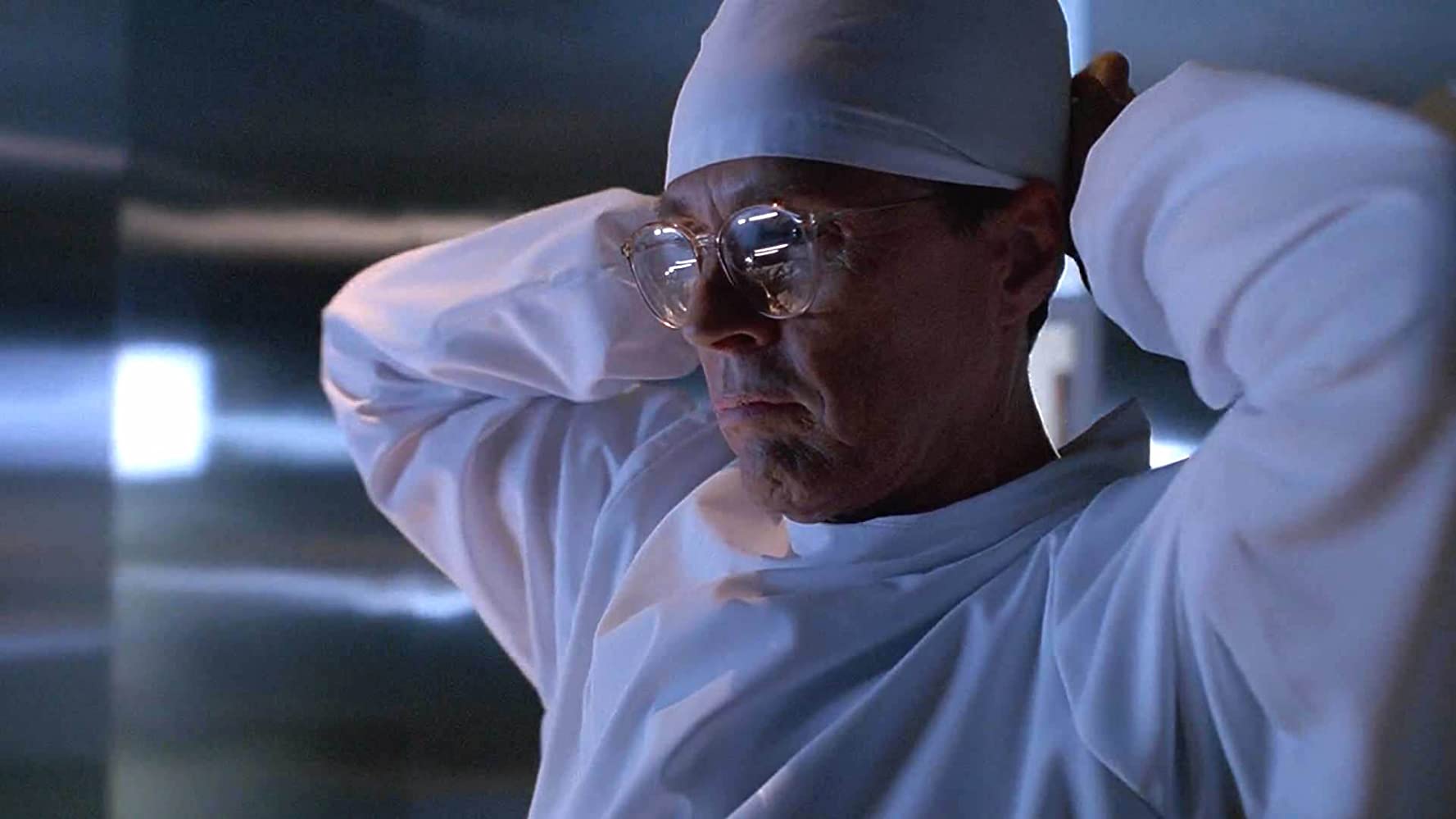 He does facelifts, and black magic. (Image: Fox)

Scully and Mulder are called to investigate a plastic surgeon who claims he was possessed when he mutilated a patient, kicking off what might be the goriest X-Files episode ever: a bathtub full of blood! Scalpels flying! Lasers burning! Acid sizzling! Pins stabbing! Leeches…leeching! As soon as he spots a pentagram at the crime scene, Mulder suspects witchcraft, and Twin Peaks fans will immediately intuit that Dr. Jack Franklin (guest star Richard â€œBen Horneâ€ Beymer), who works at the hospital”which is raking in huge financial rewards for all the plastic surgery its doctors perform, despite its increasingly risky reputation”is probably involved way more than he lets on. The plot of â€œSanguinariumâ€ really doesn’t deviate much from the standard X-Files monster-of-the-week formula, but its medical setting means the gross-out factor is staggeringly high, and most definitely not for the squeamish.

It’s not every day that a headless corpse vanishes from a morgue. It’s even more infrequent that a headless corpse strolls out of the morgue, goes home, and re-grows a new melon in place of the one that’s missing. When the severed head”the only part of Leonard Betts (Paul McCrane) that’s still hanging around”returns some mystifying medical results upon examination, Scully and Mulder dig deeper, discovering that Leonard is capable of regenerating not just body parts, but an entirely new body if he needs one. Leonard is icky enough as it is, but one of his evolutionary quirks is that he feeds on cancerous tumours”he’ll rip â€˜em out of a living body if he needs to”and in the episode’s final moments he lets Scully know that she has cancer, something she was previously unaware of. Though he tries (and fails) to kill her and rip it out of her, she’s left reeling from his grim revelation. And so are we. 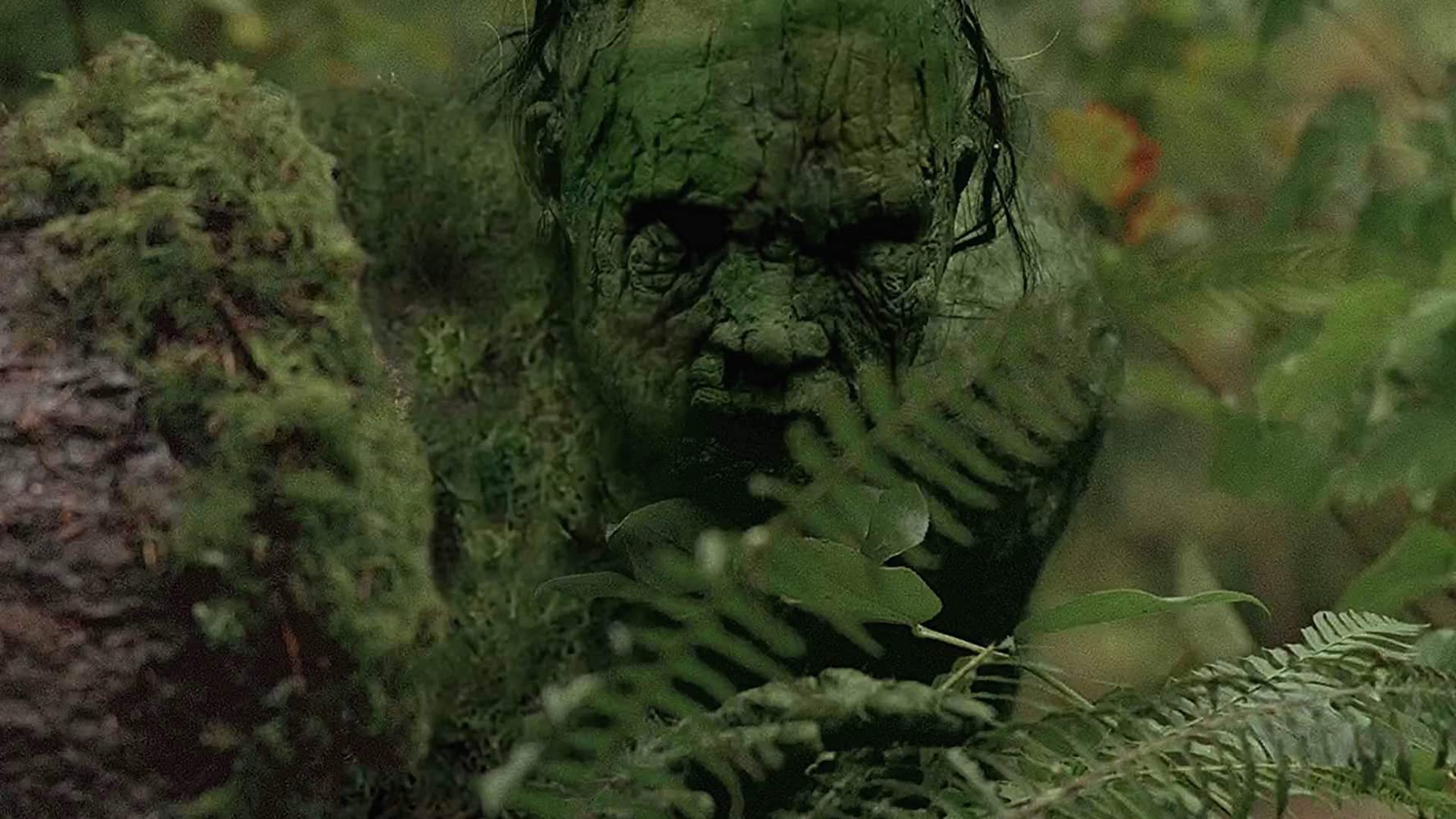 Driving through Florida’s Apalachicola National Forest en route to an FBI conference, Scully and Mulder stumble upon an odd missing-persons case that’s vexing the local authorities. Mulder can’t resist volunteering them to assist, especially when the perpetrators are revealed to be prime X-Files material: near-invisible creatures, a la the Predator, with glowing red eyes, who’ve apparently started lashing out to protect their home from developers and other human intruders. Most of the episode involves Mulder, Scully, and the local law (including future Star Trek: Discovery star Anthony Rapp as a helpful police techie) stomping through a foreboding, tangled landscape of trees and ferns, searching for monsters they can’t see. â€œDetourâ€ has some comical moments to lighten the mood (Scully singing â€œJoy to the Worldâ€ as a campfire song when the agents are stranded in the woods overnight), but it has some major frights, too.

What’s scarier than an evil child? How about an evil child with an evil doll? Scully’s Maine vacation is rudely interrupted by the presence of such a pair, so she’s compelled to investigate why an entire supermarket full of customers decided to gouge out their own eyeballs. Stephen King and X-Files creator Chris Carter co-wrote â€œChinga,â€ which puzzles through why a pretty widow has visions of people’s gruesome deaths before they die, and what her daughter (and the kid’s favourite toy, whose recorded â€œI want to play!â€ guarantees carnage will follow whenever it’s uttered) has to do with it. There’s not a ton of Mulder in this one”aside from a few loopy phone conversations, one of which includes a Chucky reference”but â€œChingaâ€ is a must-watch for the Scully faithful, as well as anyone who gets the heebie-jeebies from porcelain-faced maniacs.

Vince Gilligan (Breaking Bad) wrote this tense instalment that sees â€œMonster Boyâ€ (Mulder’s frustrated nickname for himself) sent to Chicago to investigate a disgruntled employee’s claims that his call-centre office is full of zombies and his boss is a monster in disguise. The situation gets more urgent when the frantic man takes his coworkers and Mulder hostage”and then it gets even weirder when Mulder starts to share his visions, seeing the boss as a giant insect. How? Why? What? It doesn’t really ever get explained, per X-Files tradition, but the scenes featuring an institutionalised, tied-down Mulder screaming his head off as a giant insect infiltrates his hospital room are as disturbing as they come.