A Chaotic Ranking Of The Scarlet Witch’s Comics Costumes 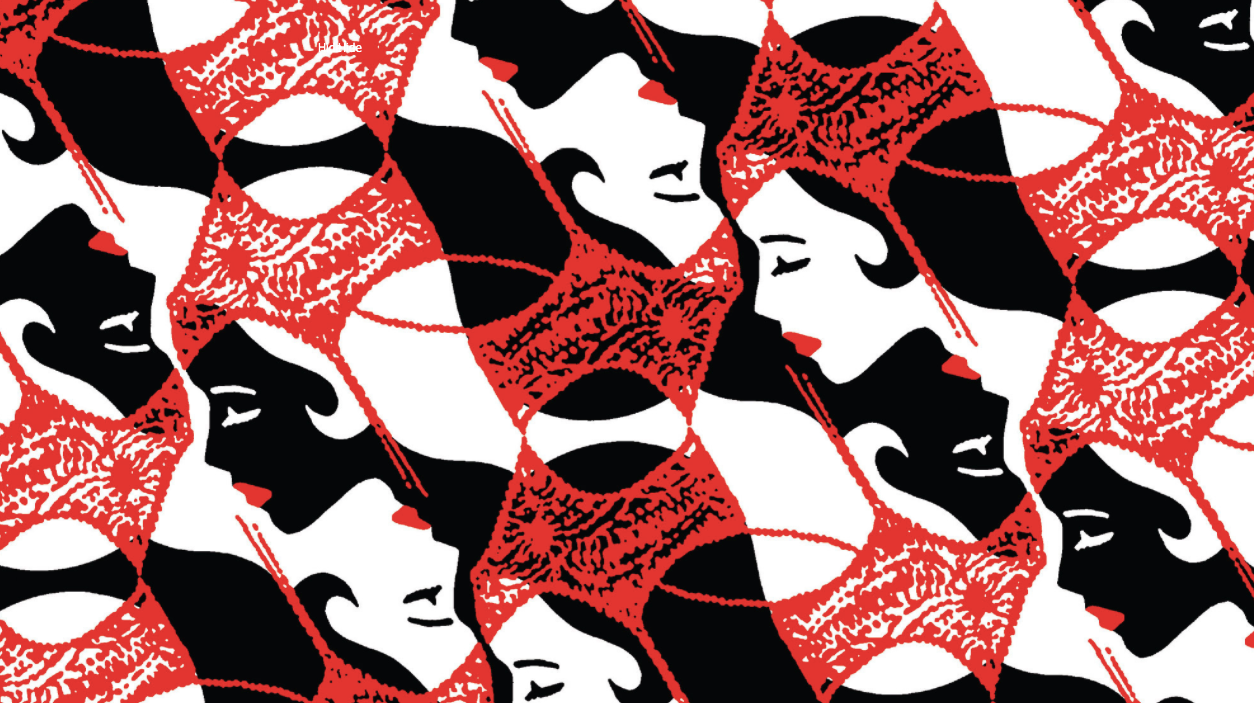 The cover of Scarlet Witch #6. (Image: David Aja, Marvel)
To sign up for our daily newsletter covering the latest news, features and reviews, head HERE. For a running feed of all our stories, follow us on Twitter HERE. Or you can bookmark the Kotaku Australia homepage to visit whenever you need a news fix.

WandaVision‘s first trailer made it obvious that Elizabeth Olsen was finally going to get her wish of being able to play the Scarlet Witch in not just one new costume, but rather an entire variety show’s-worth of them. As luck would have it, that’s very much in line with the character’s history of costume changes in Marvel’s comics.

Unlike her Marvel Cinematic Universe counterpart, Marvel Comics’ Wanda has always had a flair for the…outlandish, which has suited her character more often than not. To be clear though, she’s had some outright bad fits over the years that are worth revisiting in order from the least impressive to the most outstanding. 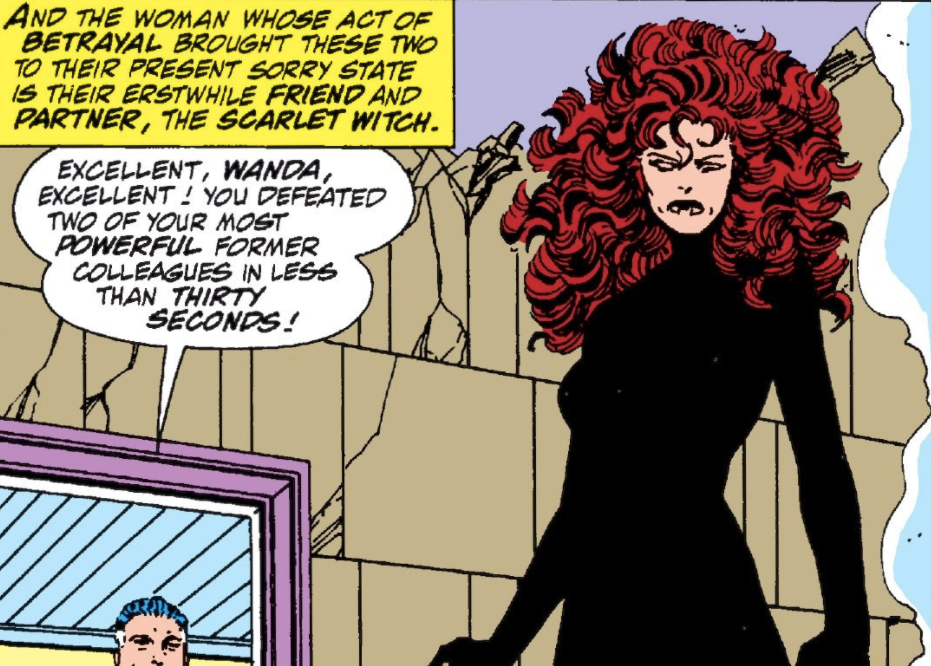 After being mentally manipulated into turning on her fellow West Coast Avengers, Wanda briefly took to wearing a simple, black catsuit”a bold deviation from her traditional scarlet and pink costumes that made her look much more like Madelyne Pryor. Though the idea behind this suit was that Wanda was not herself, it did little beyond telegraph that she’d gone dark, and ultimately, this look didn’t last all that long. 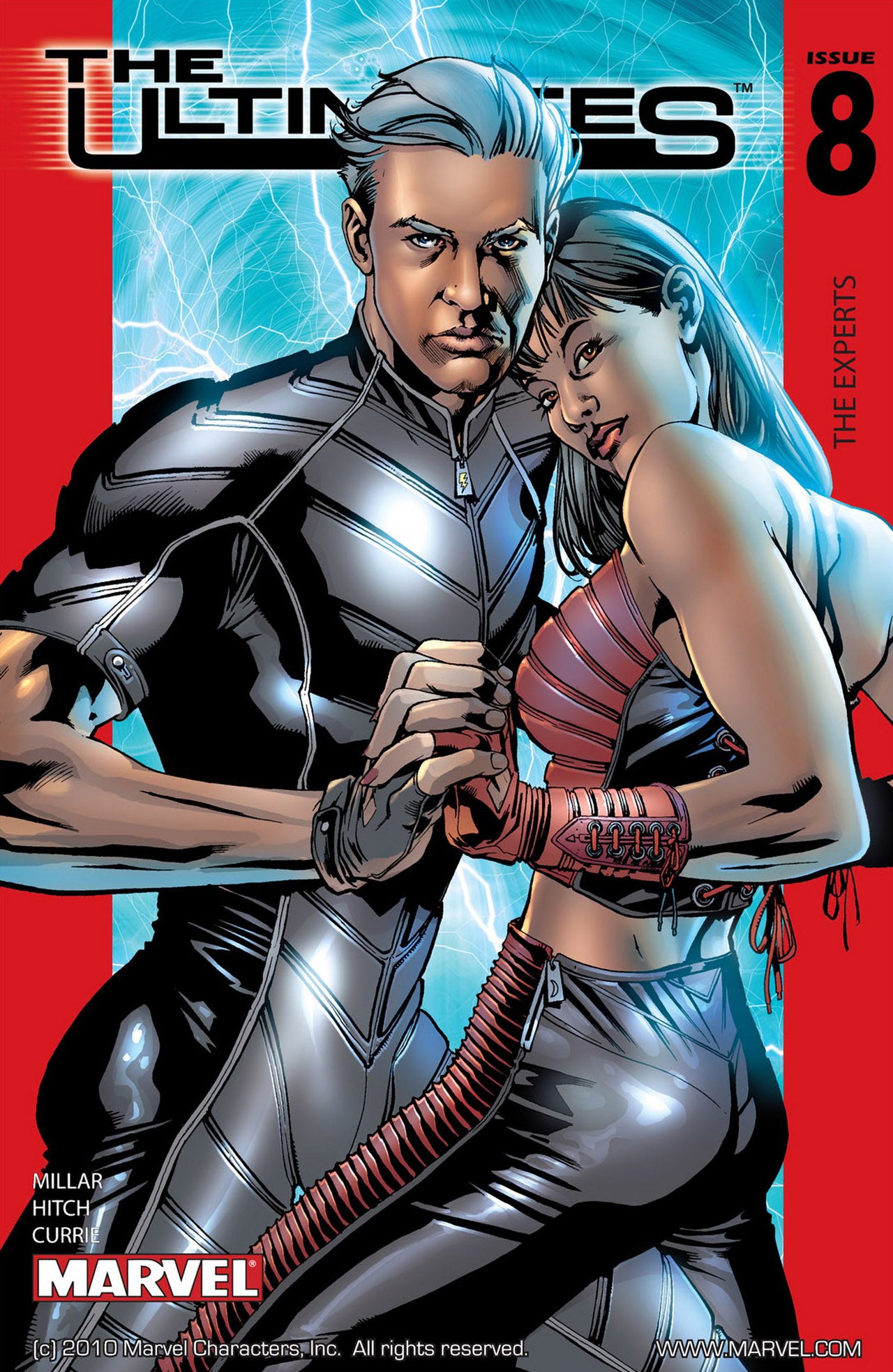 The cover of The Ultimates #8. (Image: Bryan Hitch, Marvel)

In Marvel’s Ultimate universe, the Maximoff twins were presented as an uncomfortably close pair of siblings who made nearly everyone around them strongly suspect that they were sexually involved with one another. In The Ultimates, Wanda initially sports a relatively functional (for comic book standards) getup that screamed late “˜90s/early-aughts music video that more than a few people”particularly Pietro”made a point of commenting on. 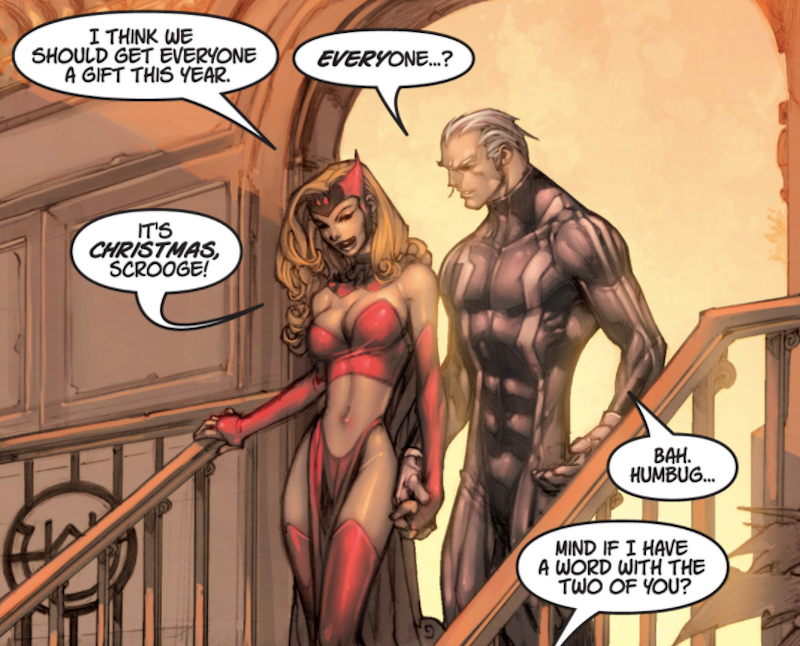 By Ultimates 3, Wanda began wearing a costume much more similar to her classic bodysuit, albeit without the tights, a choice made to further emphasise the scandalousness of her relationship with Pietro. After Tony Stark and Black Widow’s sex tape is unearthed, the other Avengers begin to worry that Wanda’s sense of style will only draw further scrutiny from the media and potentially lead to the team’s dirty secrets being revealed to the public. When presented with this idea, the twins…do not take it well. 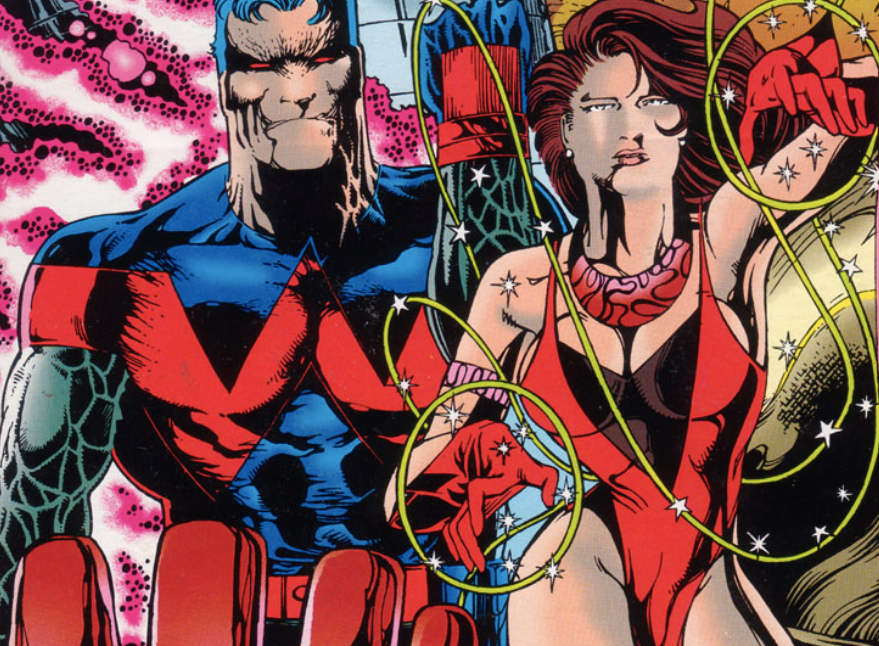 While working with Force Works during the mid-“˜90s, Wanda’s costume (that she began wearing in her first solo comic book series) was essentially a bathing suit, a necklace, and a pair of gloves. While that might sound rather normal for her, the level of danger that she and her teammates were constantly in made the entire thing seem ill-thought-out. 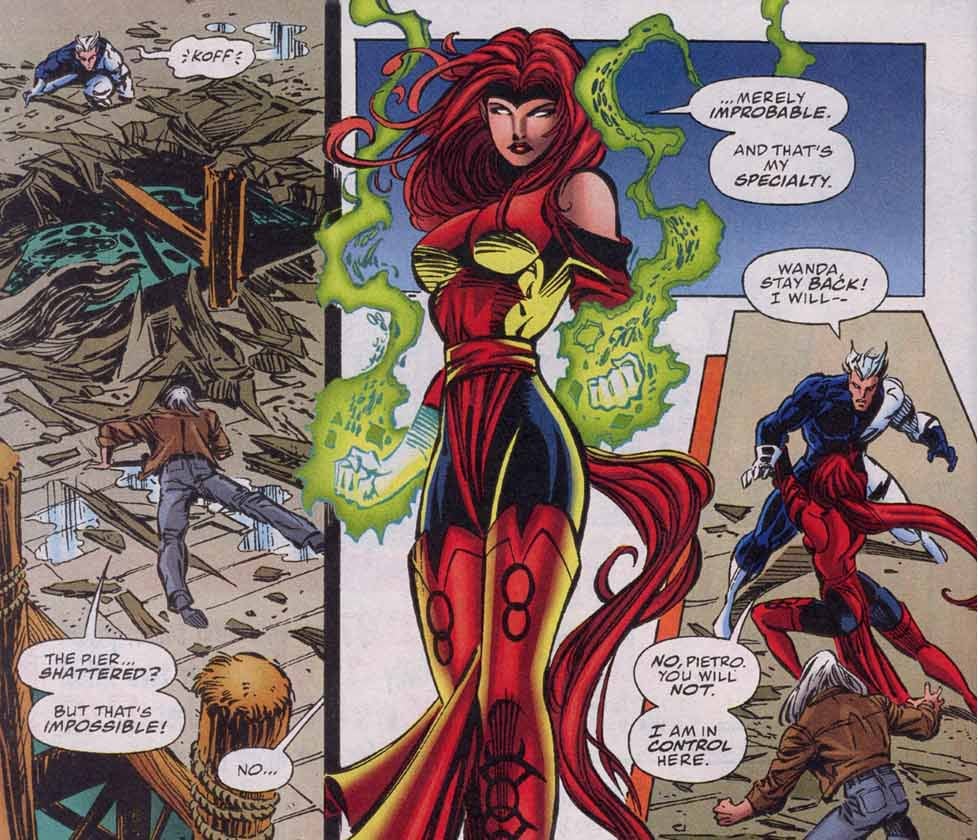 The “˜90s were a dark time for fashion in comics all around. Take, for example, the time Wanda spent dressing like some sort of amalgam between Psylocke, Storm, and Jean Grey while also wielding oddly green energy. 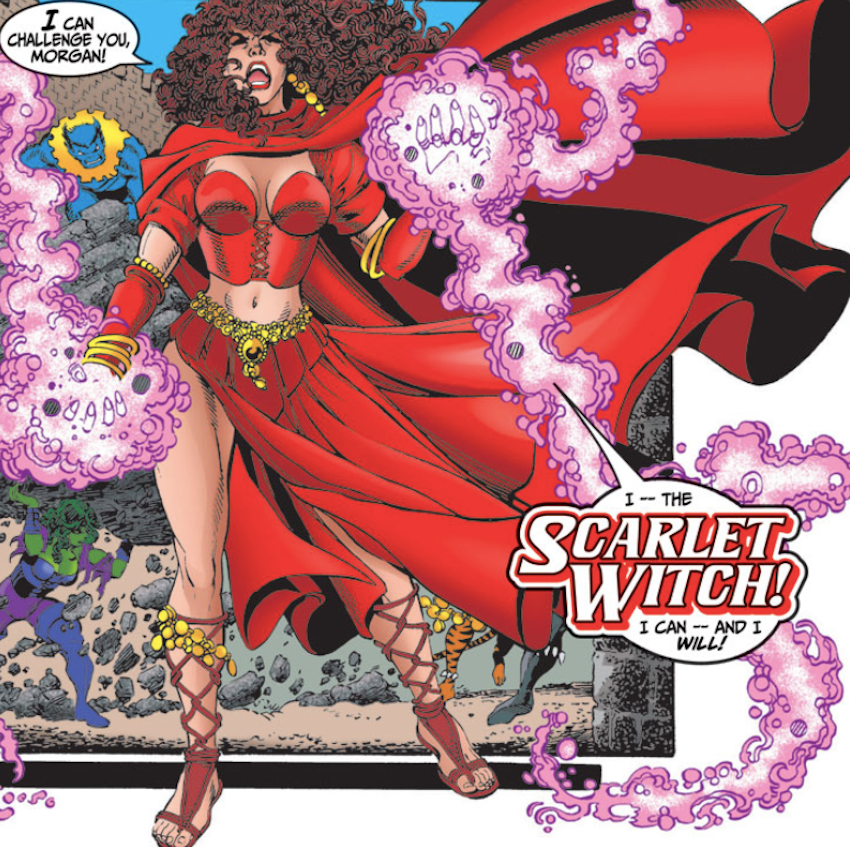 While trapped in an altered reality by Morgan Le Fay to better suit her old-world Celtic magic, the Avengers all received massive costume changes that made them all resemble Medieval Times cast members. George Perez, Al Vey, and Tom Smith designed each Avenger’s ensemble to speak to the general concepts tied to their superhero personae, and Wanda’s was particularly notable both because of the sheer lack of physical protection it provided her while also seeming very much like the sort of thing she’d wear to a themed party at the Avengers Mansion. 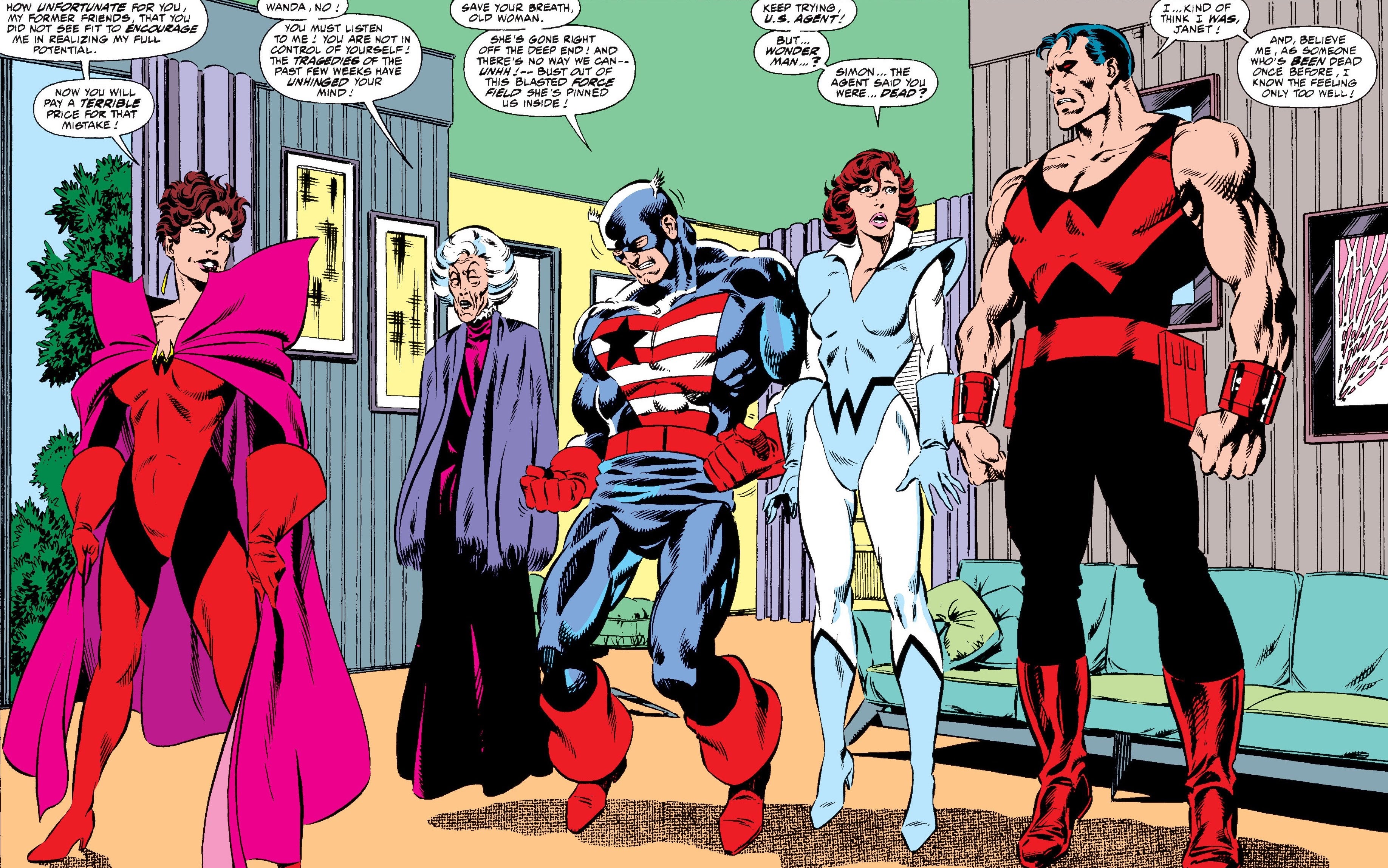 Not long after Wanda began sporting the black catsuit, this shoulder-first wildness became her go-to battle gear. While this was also a wild new look for her, it was a very on-brand take on her classic costume that gave you the sort of drama and high camp that would have made Magneto truly proud. The look was more reflective of John Byrne’s artistic sensibilities than anything else, but everything from the oversized gloves to the ridiculously flared collar simply worked for Wanda. 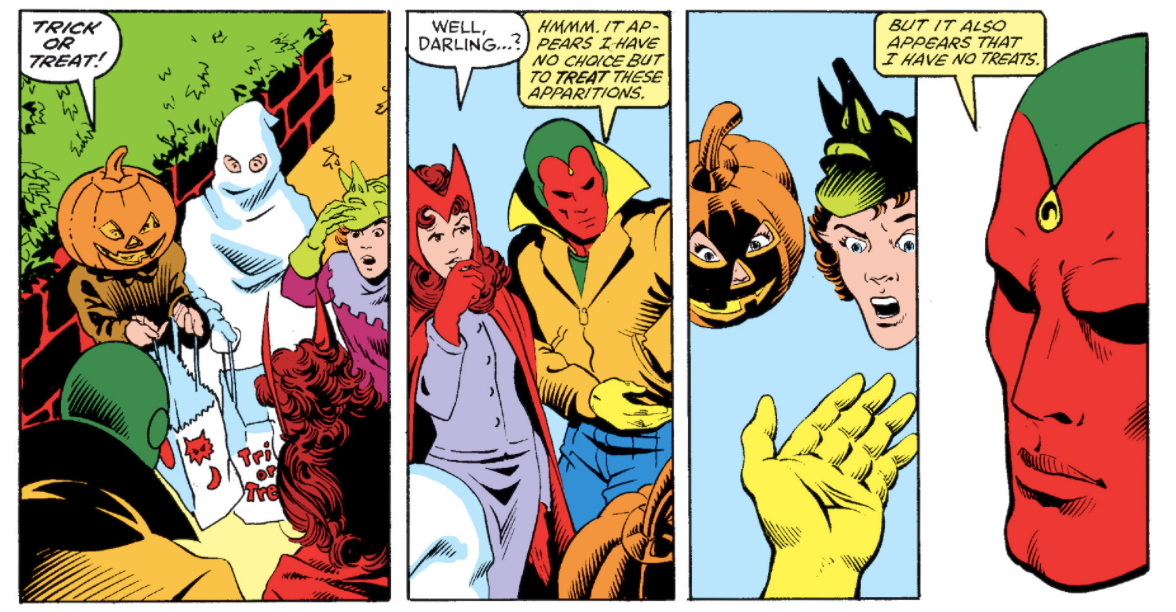 Vision and the Scarlet Witch

Strictly speaking, this wasn’t one of Wanda’s proper superhero fits, but it was part of a costume thrown together so that she and Vision could stroll through the New Jersey suburbs on Halloween night without being too accosted by regular civilians. Where most of Wanda’s costumes tend to emphasise her flair for the extra, Rick Leonardi, Ian Akin, Brian Garvey, and Bob Sharen found away to convey her desire for a mundane life of marital bliss with the Vision in which it’d be perfectly normal for the two of them to put regular people clothes on top of their classic costumes. 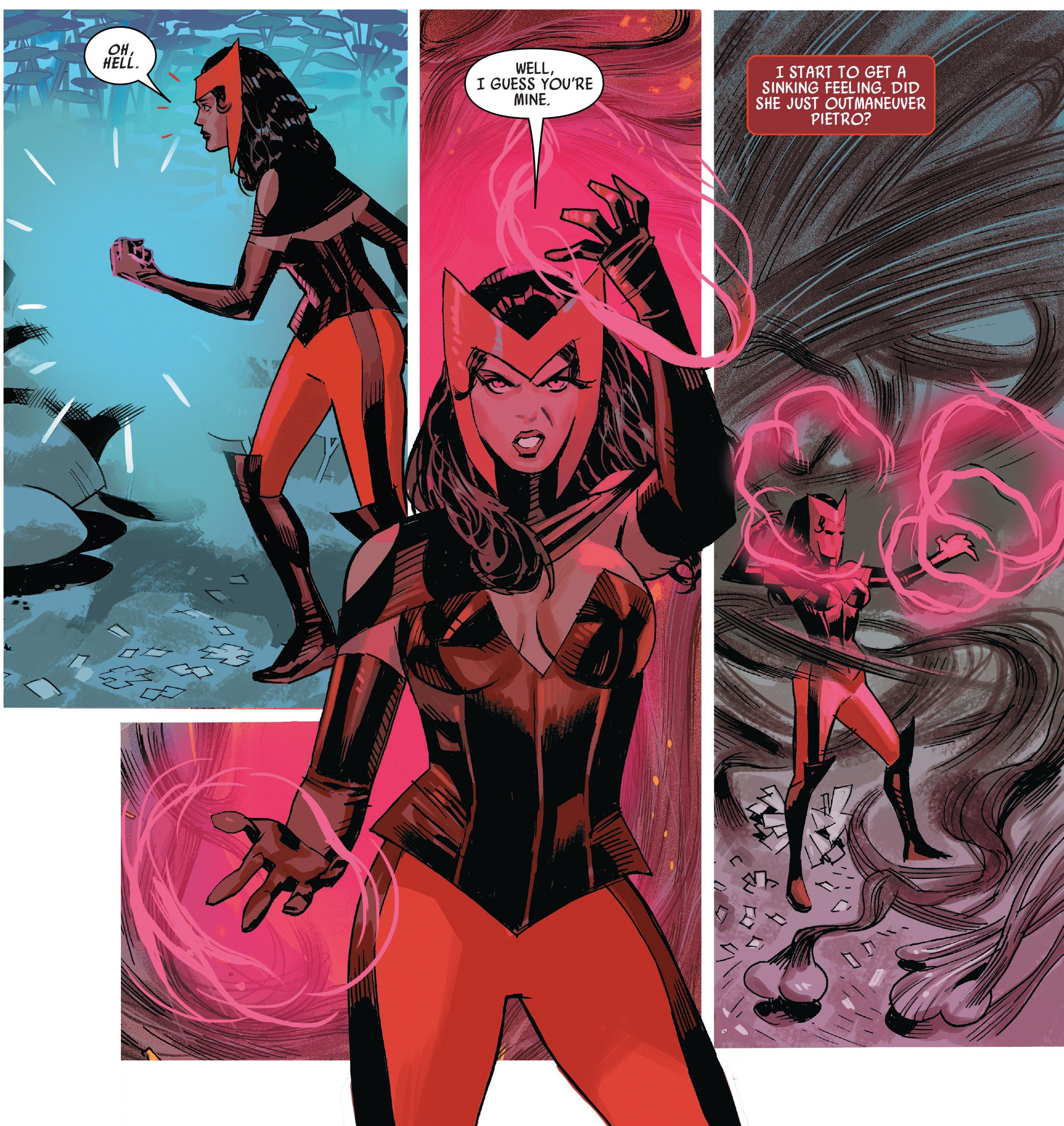 In periods where Wanda has more fine-tuned control over her abilities to manipulate probability by channeling elemental chaos energy through her very being, her costumes tend to become much more practical and she eschews her signature cape for something a bit more manageable. Daniel AcuÃ±a’s take on her costume visually reads like a classic Wanda number, but it spoke to how, at this point in her life”when she and Pietro had recently learned that Magneto wasn’t their father”Wanda was desperate to discover the truth of her origins and redefine herself. 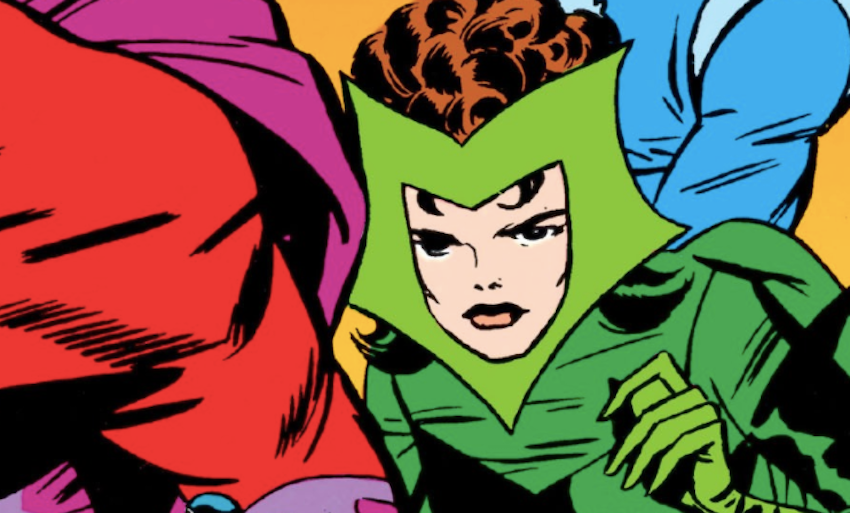 Obviously, green has never really been Wanda’s colour, but her original costume was occasionally depicted in the hue back in the early days when she was first making her appearances on X-Men comic book covers. The reasoning was that the covers needed to pop a bit more and not be dominated by too much of any one colour, and because Wanda and Pietro were working with Magneto at the time, her costume became green, while Pietro’s became blue, and the entire thing is a mess one need not dwell on for too long. 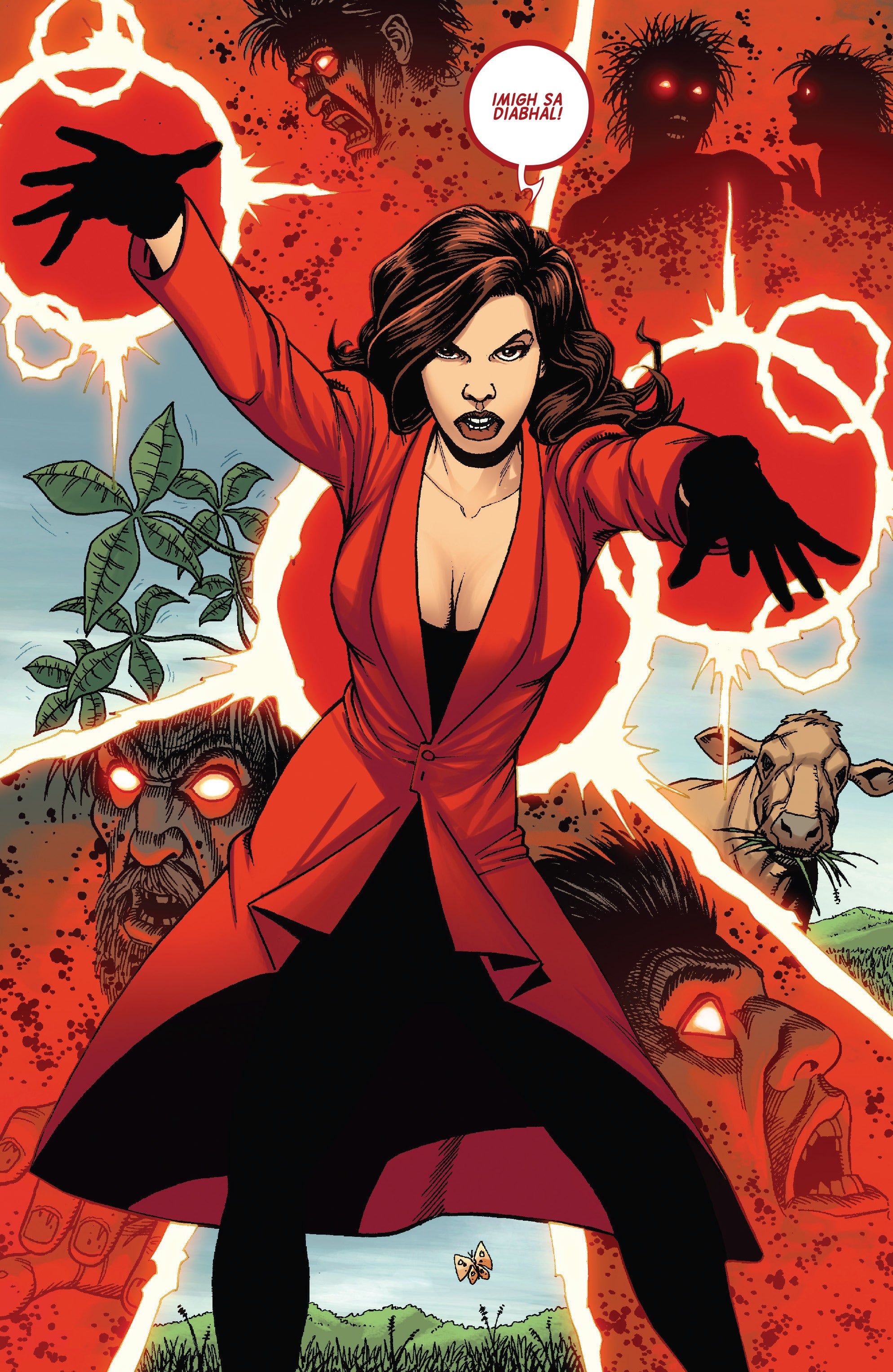 While travelling across the world in search of a way to save the whole of magic from dying in James Robinson’s Scarlet Witch series, Wanda went through a number of outfit changes as one does while globetrotting. What this costume lacked in complexity, it made up for with the simple fact that it was a very pure, albeit staid distillation of Wanda’s fashion sense. 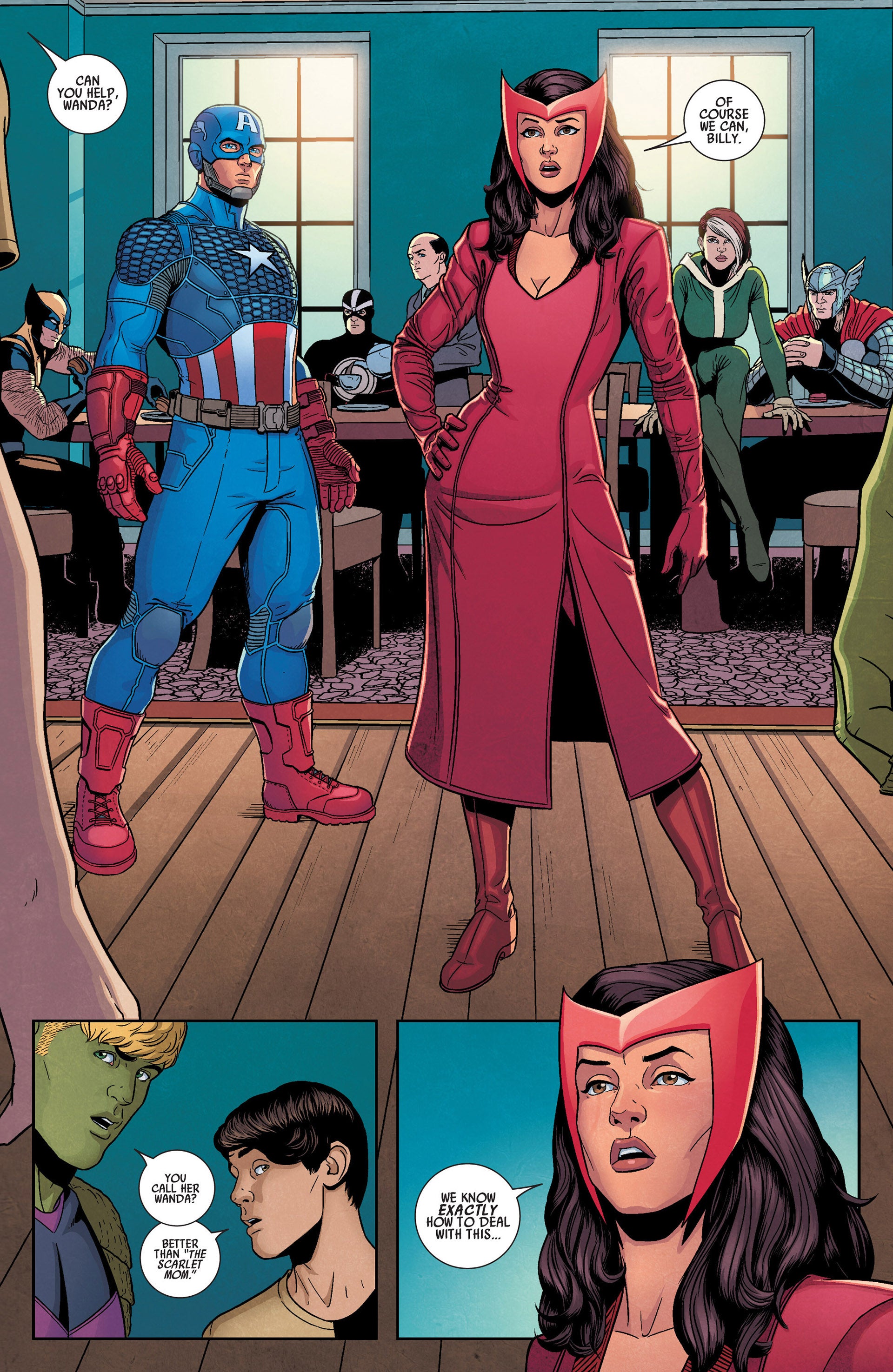 Though modesty isn’t exactly a part of Wanda’s brand, it’s not as if she hasn’t been able to pull it off from time. Even if she wasn’t sporting her headdress and a plunging neckline, this look still screams “Scarlet Witch” specifically because of the way Wanda wears it”like an unbothered magic-user who would have little to no problem hexing a person out of existence with the slightest flick of her wrist. 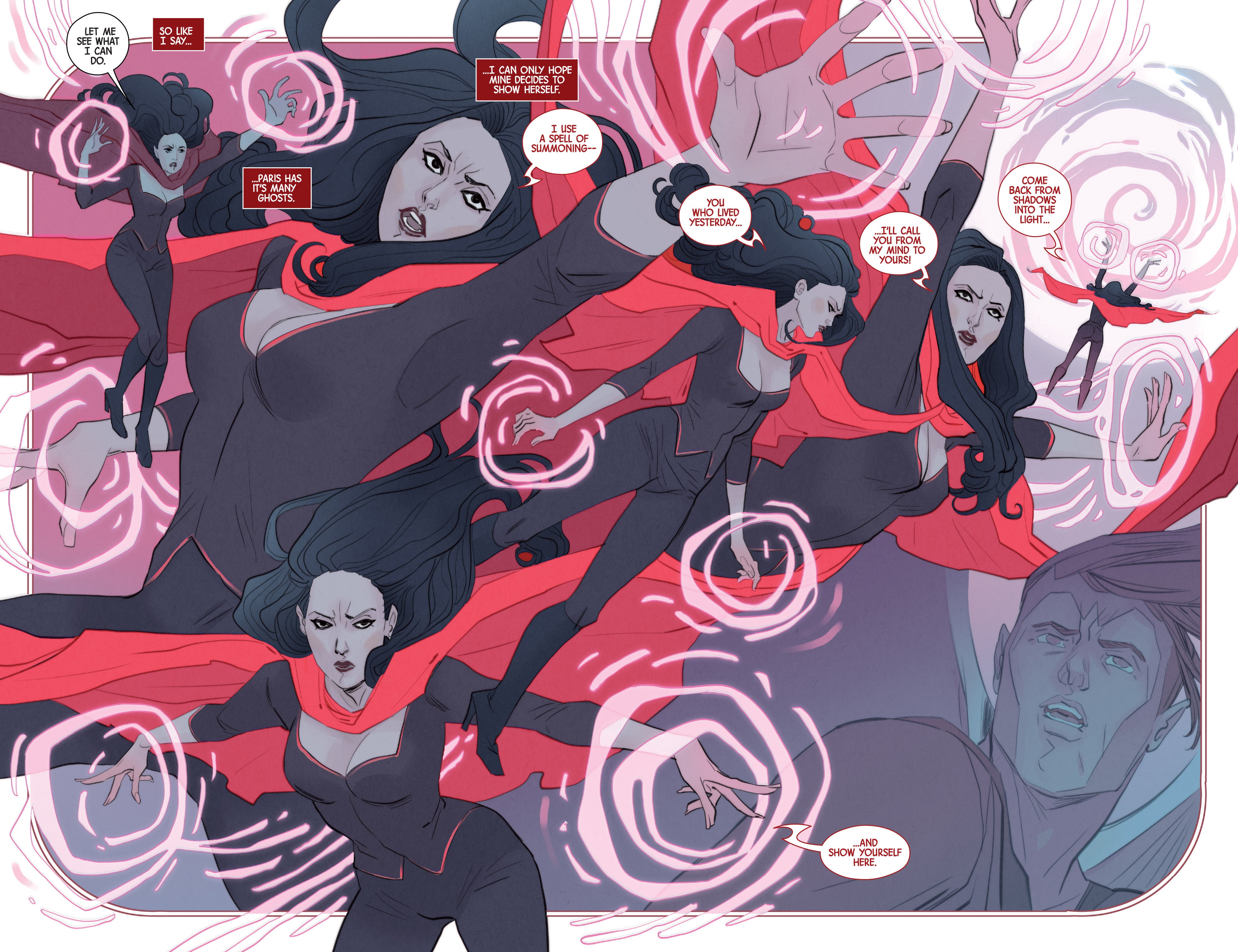 Wanda casting a summoning spell to draw a spirit to herself. (Image: Marguerite Sauvage, Marvel)

Wanda’s predominantly black costumes have a tendency to make her not look like herself because they often lack any sort of accents that say “chaos witch.” Even without her headdress, though, Marguerite Sauvage’s take on Wanda in Scarlet Witch was infused with a distinct Little Red Riding Hood energy that complimented the arc’s story of Wanda travelling down the Witch’s Road to better understand the fundamental source of the world’s magics. 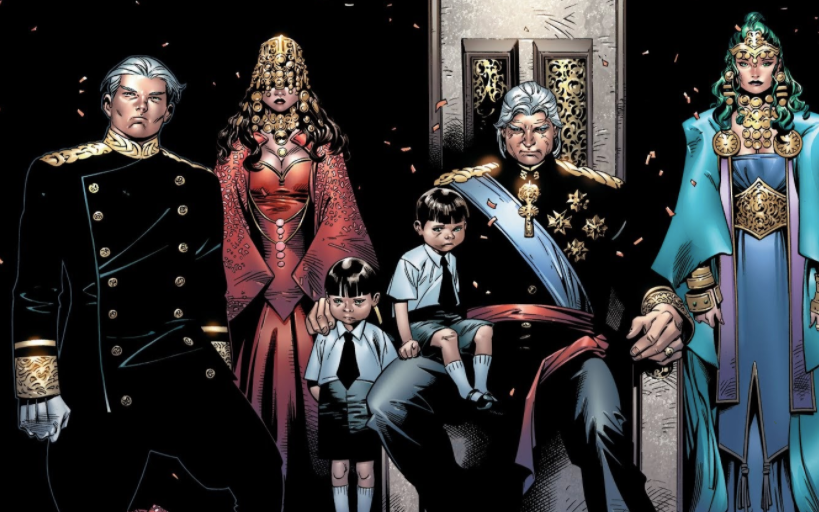 Marvel’s House of M encapsulated everything that was gross and dysfunctional about Magneto’s relationships with his children, as was evidenced by Wanda full-on warping reality to turn their family into a group of royals in a world dominated by superheroes. Difficult a time as this was for Wanda’s mental health, she did manage to whip up what’s arguably one of her most impressive looks, meant to serve as official regalia befitting a princess rather than a costume proper. 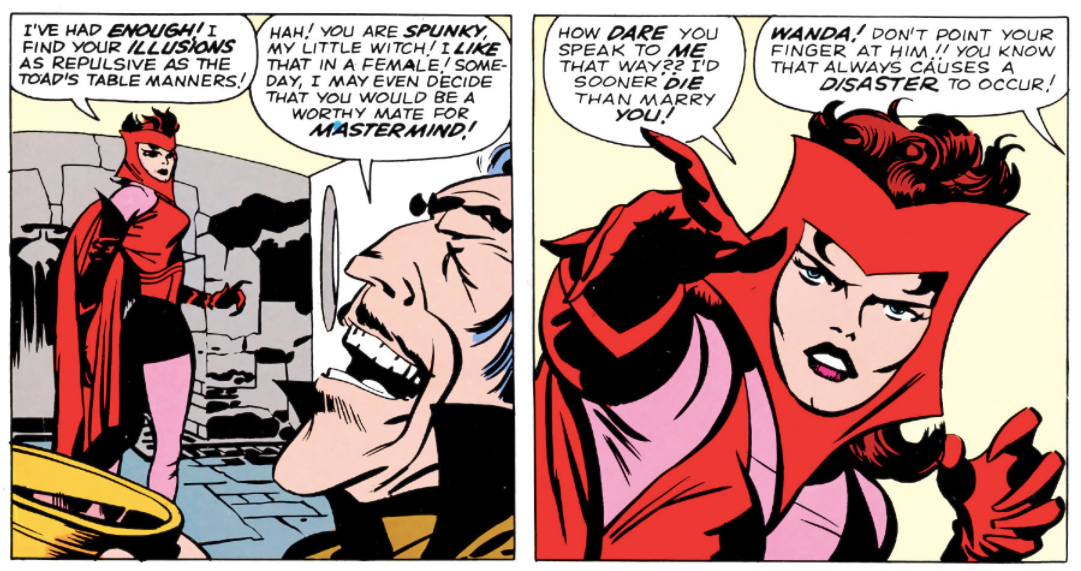 Wanda’s true original costume continues to be iconic because, as silly as it might sound on paper, visually, it’s striking as hell and perfectly blends witchiness with Silver Age comic book villainy. Throughout all of the tumultuous life changes she’s been through, this is the one costume that’s come back time and time again, both because artists clearly have a fondness for the design and because it’s the one that defined who Wanda is. 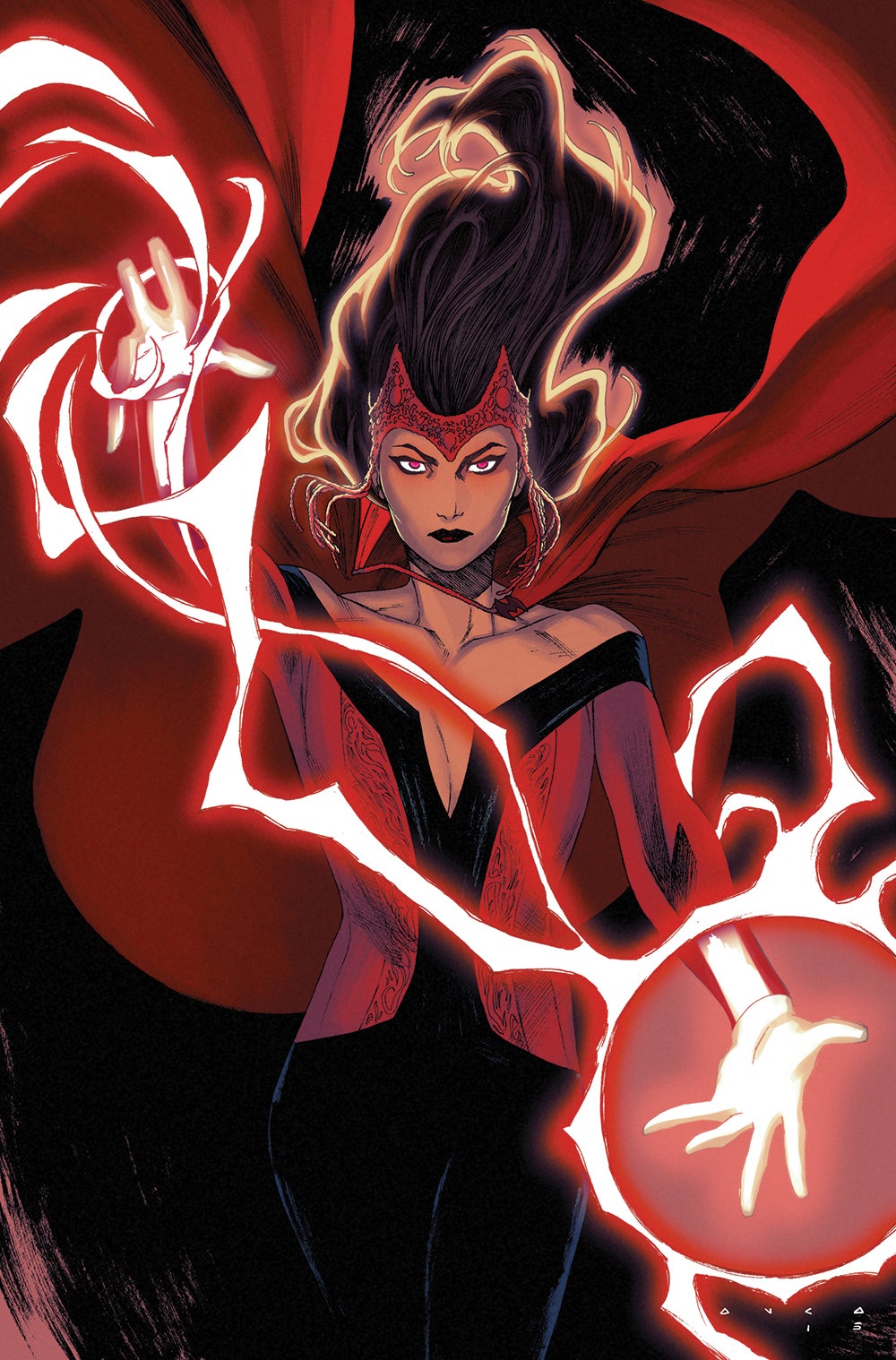 In time, all things must change, including the clothes superheroes decide to put on while saving the world. In a really interesting way, Wanda’s primary Scarlet Witch costume managed to incorporate elements of all the costumes that came before it and streamline them into something that was both stylish and cohesive.