New Jersey-based computer company Maingear announced today that it is retooling a significant portion of its manufacturing facilities, normally dedicated to making very pretty gaming PCs, to create very pretty emergency ventilators to aid hospitals in the fight against covid-19.

Emergency ventilators are an important tool in the fight against covid-19, which can severely impair infected patients’ ability to breathe. Medical facilities across the country and around the world are being inundated with patience requiring breathing assistance, and like surgical masks, there aren’t enough ventilators to go around.

Maingear’s ventilator is a response to that shortage. Called the LIV, it looks like a gaming PC with a tube coming out of it. That’s because the prototype is housed in an actual gaming PC case. In fact, I’m pretty sure it’s the same case used on the F131 PC I reviewed back in 2012. 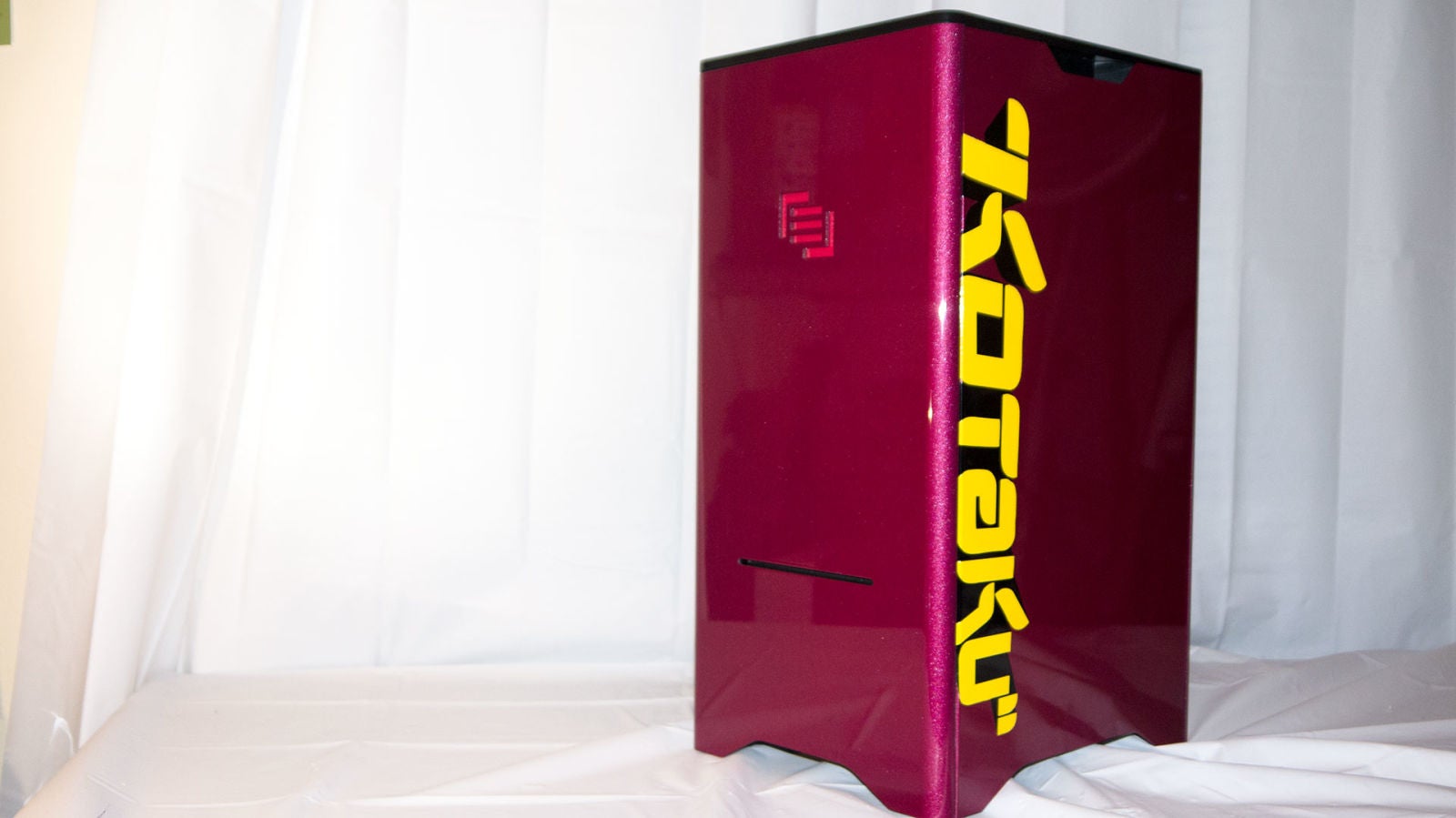 It is exactly that, minus the drive slot. (Photo: Maingear)

Instead of PC components, the LIV integrates a complex oxygen delivery system with a touch-screen interface. Designed for patients undergoing intensive therapy, it powers on and starts supplying oxygen in 1.5 seconds. Medical professionals can adjust every aspect of the device, from expiratory pressure to breaths-per-minute, while a series of presets are available to aid untrained medical workers in operating the device.

According to Maingear’s morning announcement, the LIV can be manufactured at scale at a quarter of the price of traditional ventilators. Though still pending FDA approval, the company is already in talks with state and local officials to supply LIV units to medical facilities across the country, with plans to scale to ship internationally.

It is a bit weird that Maingear has gone out of its way to create a flashy promotional website for its emergency ventilators, but whatever gets more ventilators in the hands of medical personnel is fine by me.