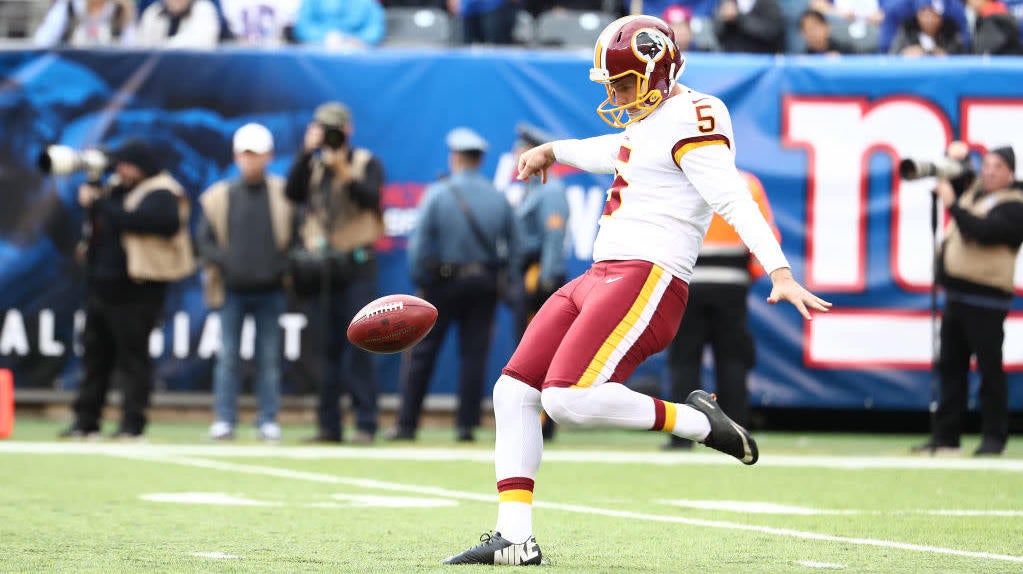 Washington Punter Tress Way (Photo: Al Bello, Getty)
To sign up for our daily newsletter covering the latest news, features and reviews, head HERE. For a running feed of all our stories, follow us on Twitter HERE. Or you can bookmark the Kotaku Australia homepage to visit whenever you need a news fix.

The 2020 Madden Bowl, EA’s big official championship for its long-running football series, was won last week by a player who didn’t throw a pass for the entire tournament, or even put a recognised QB under centre.

If you know football, you will know that is messed up! It’s one thing to favour a running game over a passing game (or vice versa!), but to completely eschew a whole half of a playbook—and have the game let you do it, and then come out a winner—is wild.

As USA Today report, 26-year-old Raidel “Joke” Brito won $US65,000 ($101,326) and a solid gold championship belt for taking out the tournament. He did it by building a very strange team: instead of starting with a solid QB and moving out from there, he decided to not draft a QB at all, using the money he saved there to bulk up the rest of his squad.

I’ve seen some people using this as an excuse to make fun of Madden, but really, I would rather see it the other way, and argue that maybe Mitch Wishnowsky needs to be taking some snaps on 1st down this season.