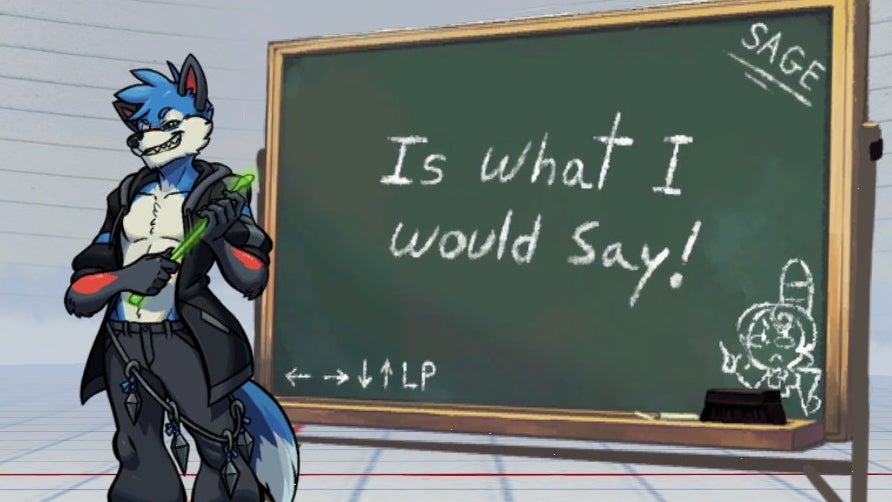 Although Skullgirls patches these days often focus on improvements to online play and tiny graphical bugs, the 2012 fighting game received an update over the long weekend that pays homage to a pair of high-level players.

Before they dominated Mortal Kombat and Dragon Ball FighterZ, Dominique “SonicFox” McLean was the world’s greatest Skullgirls player. Now, their fursona will live forever in the game as a background character, randomly taking the place of tutorial NPC Mrs. Victoria in the training stage. When the update went live, SonicFox was obviously over the moon.

IVE BEEN SO EXCITED TO TALK ABOUT THIS BUT YEAH

SONICFOX IS FINALLY AN NPC IN SKULLGIRLS! AAAA IM SO HAPPY pic.twitter.com/GO2fV2yNi1

“Today was definitely a dream come true for sure,” SonicFox said on Twitter. “I can’t believe my boy is in Skullgirls! Growing up with the Skullgirls community helped make me who I am today. Without Skullgirls, [I don’t know] where I’d be in life. This community will always have a special place in my heart, and I’ll never leave it behind.”

There’s also a neat little Easter egg: When the screen shakes, players can get a glimpse of a small trans pride flag on the inside of SonicFox’s coat. SonicFox is proudly non-binary.

But that’s not all! During crowdfunding for Skullgirls, one of the donation tiers gave contributors the opportunity to have either themselves or a character of their choosing immortalised as an in-game NPC. These background characters included another high-level player known as sev. Since Skullgirls originally launched almost a decade ago, however, sev has transitioned to more accurately reflect her gender. So, as part of the same update that added SonicFox, the developers worked with sev to update her NPC accordingly.

While balance adjustments and online improvements are important too, these are the kinds of cool changes developers can make when they intimately connect with the people who play their games. Sure, some on-loookers have taken issue with SonicFox being in Skullgirls now because, let’s be honest, they don’t like how proud SonicFox is of being non-binary, or gay, or black, or a furry. They’ll just have to deal with it. This is the fighting game community at its best.