I’m one of those people who can’t do VR. Maybe I haven’t found the right console to play on, or the little balance-regulating nub in my brain is too sensitive, but VR makes me puke. So when Steel Wool Games announced a Switch port of VR game Five Nights At Freddy’s: Help Wanted, I was excited to check out the game in a way that wouldn’t risk throwing up on myself.

Help Wanted, which came out in 2019, took the original Five Nights games and tweaked the gameplay to make it VR friendly, as well as adding some new mini-games. The Switch version, which came out last week, simplifies those motion controls further to make it work on a console. The controls are clunky, which is deadly in a game that tests your reflexes and timing. You need to be able hit the door switches as soon as you see Mangle running from his stage, which is tricky when turning feels like moving through a ball pit filled with glue. 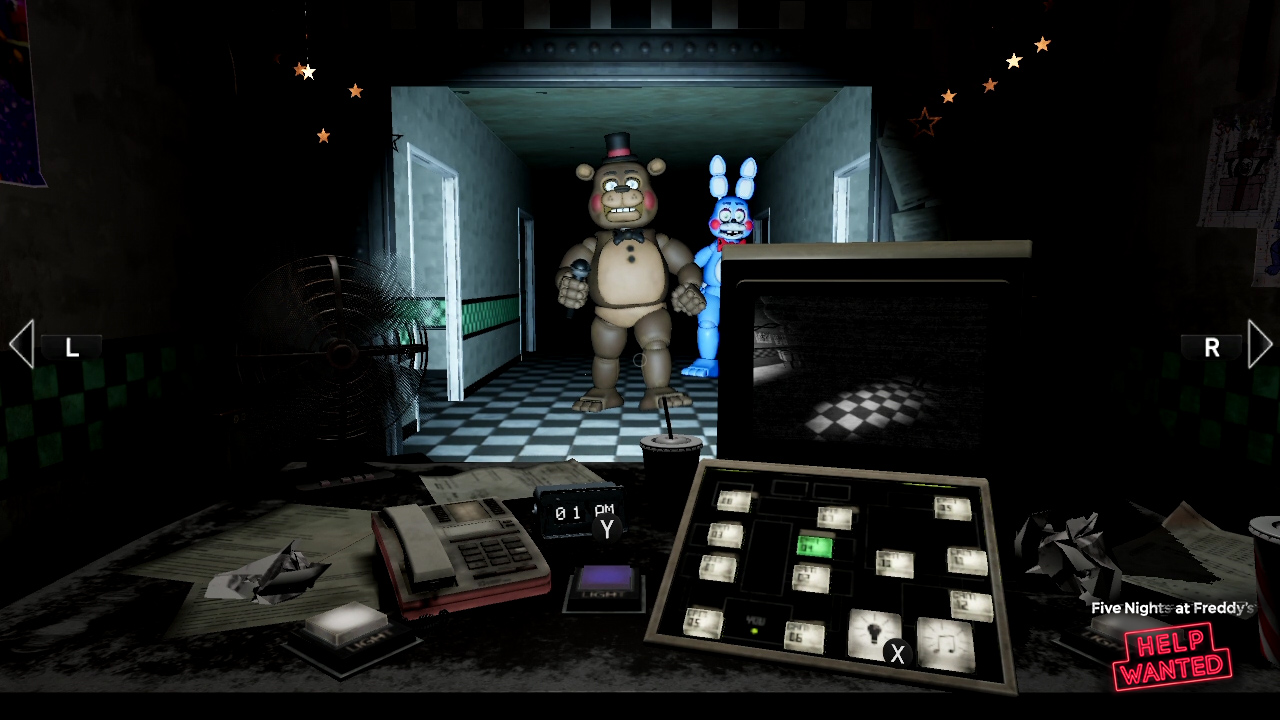 The goal of Help Wanted is the same as all Five Nights games: keep the nasty robots away from you long enough to survive until morning. On Switch, the face buttons are assigned to various survival functions—turning on lights, closing doors, putting on a mask so the robots think you’re one of their own. You have two options for your camera: free look and tethered camera. In tethered, your head always snaps to the front, and you can turn with either the shoulder buttons or the left thumbstick. Free look controls just as normal game would—your camera moves (and, most importantly, stays in place) with the thumbstick. I’m telling you now: you want to play in free look. It’s easier to manage, and you’re better able to find the secret collectibles littered about the game.

Help Wanted’s robots behave differently than in the original games. For example, in Five Nights 1, you can see Bonnie the rabbit walking by your open door, instead of only popping up as she did in the original. That was one of the first real scares I had in Help Wanted. A jump scare is a jump scare, but seeing Bonnie walk by activated my primal fight or flight response. I had a short time to choose whether or not to hit the door button. Would leaving the door open trigger an attack, or would closing it? 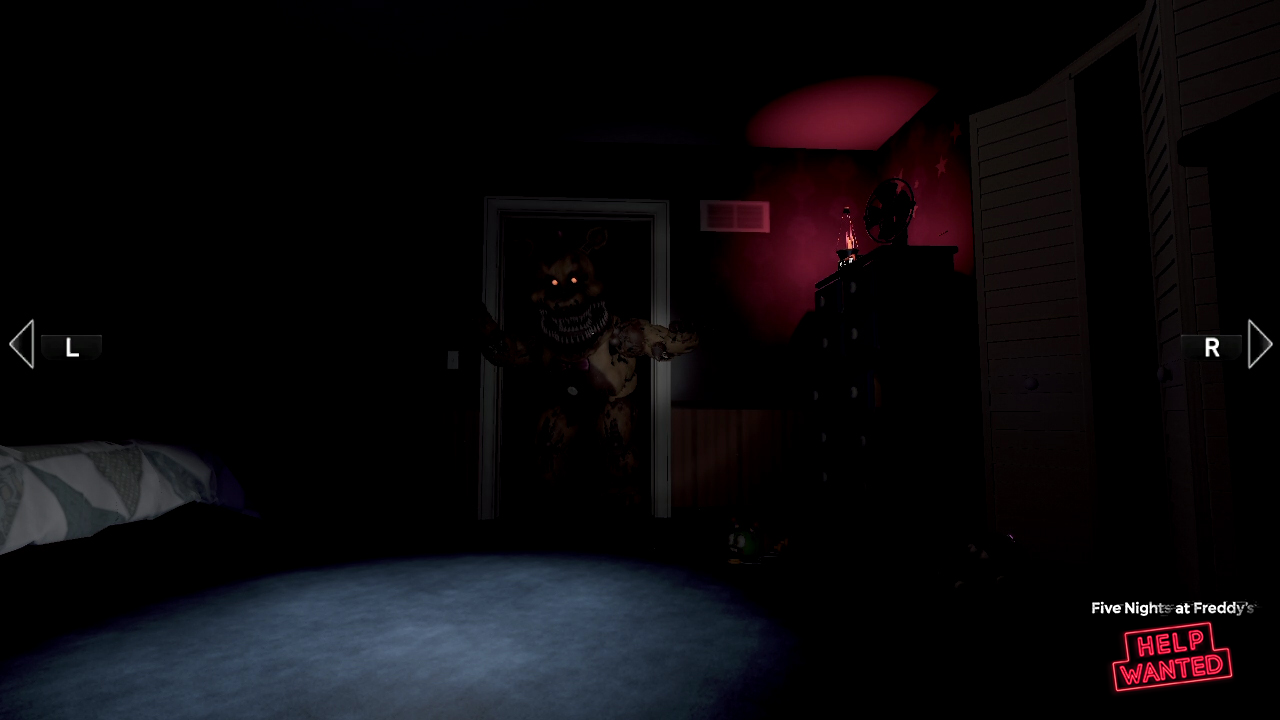 These changes, along with the novelty of the controls, isn’t enough to warrant a replay of the original games if you’ve experienced them already. Completionists, though, will want to take a crack at them to find hidden coins tradeable at the prize table for collectibles or for special audio tapes that you can only hear when you access a secret part of the game.

In addition to Switch- friendly versions of the VR Five Nights games, Help Wanted also features a slew of mini-games set in and around the Five Nights universe. They are very short—sometimes simple, sometimes not— puzzle games. In one you’re tasked with repairing broken robots, where the slightest mistake results in a jump scare and a game over. This is where the clunkiness of the Switch controls punishes you the most: If you need to push a tiny button, your reticle needs to be almost exactly over the surface for the game to recognise it as interactable. But if your vision is always snapping forward, or if you can’t move the thumbstick precisely enough to hover over the button, you lose precious time and increase the likelihood of failure.

Despite that frustration, the games are fun. I especially enjoyed robot repair and vent repair technician games. The mechanics are extremely juvenile, but the presence of children’s entertainment murder bots makes the simple challenges unique and frightening. 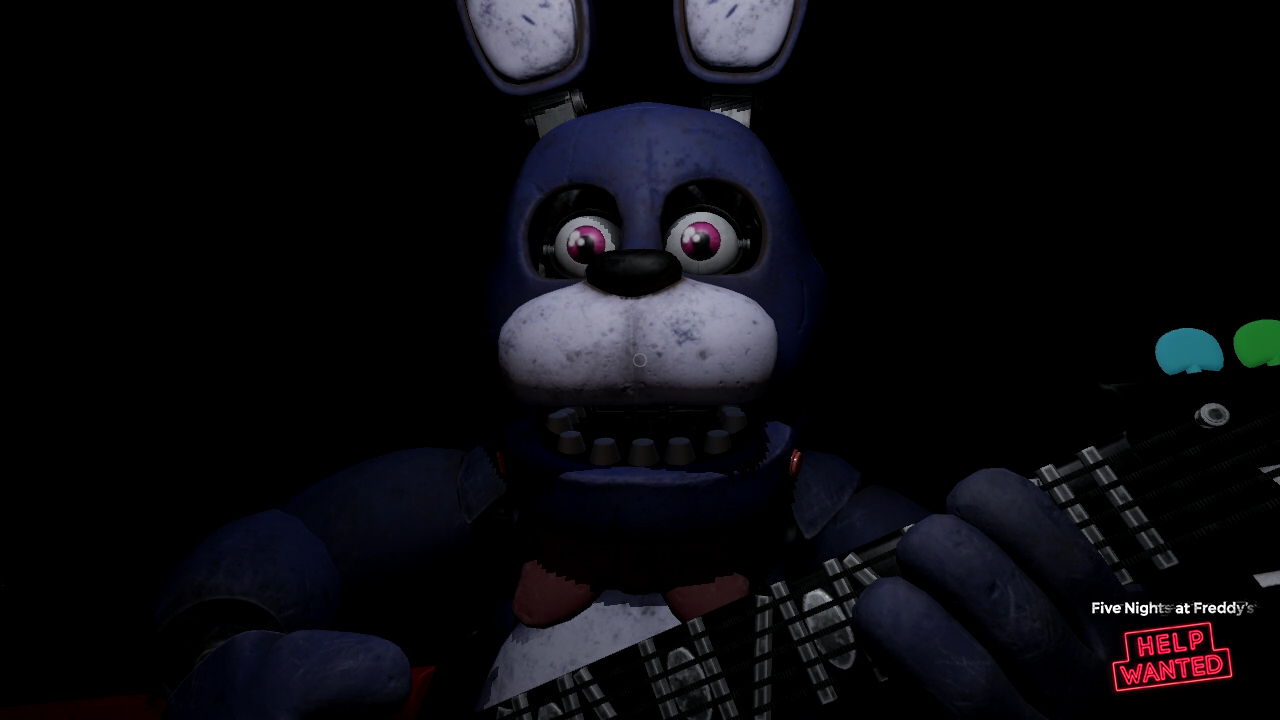 The overarching premise of Help Wanted is that you’re playing a game designed by Big Fazbear to wallpaper over the violent “incidents” of the past and present them as nothing more than urban myths. The tone dispenses with the pure horror of the originals for a kind of mocking, tongue in cheek humour that reminds me of Portal 2 or The Stanley Parable, though less well done. There’s a part during the vent repair game, for instance, where a corporate guy gives you directions over a PA system. Before the game starts, he ends his tutorial with a staid “and finally, no matter what happens you should never —” before the audio cuts out. It’s a tired bit that evokes an eyeroll rather than laughs. Given the game’s premise, this tone may be intentional. The only story you’ll find is within a collection of tapes hidden throughout the entire game. Collect them all to hear the gruesome tale.

While I enjoyed Help Wanted on Switch, it feels like a copy of a copy. You can’t faithfully replicate the dread of struggling with your Vive controller to flip a switch to keep a homicidal robot from killing you when, in the Switch port, you just hit X. I felt a sense of lack, the notion that this game would be incredible if I could play in VR. But, as I mentioned earlier, I can’t. So if you have any tricks on how to beat VR sickness, please let me know.