Published 2 weeks ago: April 30, 2021 at 7:00 am
If a college were run by video game characters, this what the diversity and inclusion department would look like. (Image: BioWare / Capcom / Housemarque / Kotaku)

The future is bright for the current and upcoming crop of AAA releases. Reviews for Returnal are positive. I’m gassed as hell to have Lady Dimitrescu chase me around in Resident Evil Village before I let her snap me in half. Rift Apart looks so sharp on the PS5 that it might become my first Ratchet and Clank experience. And y’all already know I’m going to play the shit outta Mass Effect Legendary Edition. Other people are excited for these games, because, in their eyes, these games speak to a welcome shift in video game culture as every one of these titles either stars or prominently features women.

But when I look at these games, my excitement dims into frustration and, like the tiniest drop of ink in a crystal-clear glass of water, begins to take over. Though these games star women — monstrous women, badass women, or furry women — all the women are white (or voiced by white actresses), so I can’t quite feel the same sea change as others might when they look at these games.

Cis white women are a safe option. They are just as much the default as the white men they replace. When companies want to look progressive and inclusive, they hire white women. When video games similarly want to look progressive and inclusive, guess who gets put on the box. I’m reminded of BioWare’s campaign to have players vote on what the default female Commander Shepard would look like for Mass Effect 3. I remember being crushed when my choices were blonde, brunette, redhead, and two paper-bag-test-passing tan women. 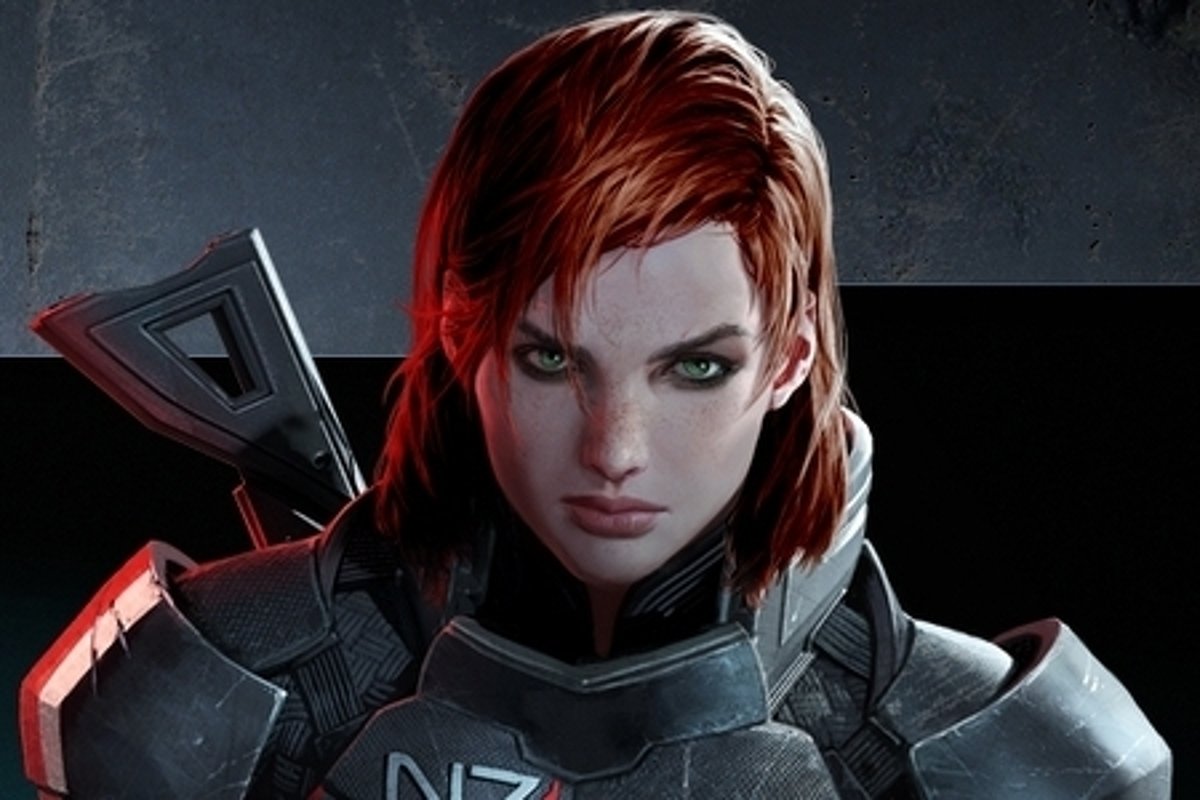 And yet, there was so much hype around this contest because fans were excited that BioWare was finally paying attention to their female main character. Unfortunately, it seems like whenever a game’s protagonist can be customised, white-passing women are the default.

It sucks when games forget about you. It also sucks to be constantly told to wait your turn.

Almost five years after its launch, Overwatch — a game in which its colourful, disabled, and queer characters are a large part of its appeal — still doesn’t have a playable Black woman. (Sojourn’s coming, I know. But Overwatch 2 still doesn’t have a release date, and we’ve been waiting almost five years now.) Yesterday, the Overwatch League announced an MMAthemed skin that features cornrows for one of its female characters. After seeing the skin, I joked that cornrows — a style worn and popularised by Black women — got added to the game before there was even a Black woman to wear them.

Secure this legendary Mei skin TODAY, just in time for the #OWL2021 May Melee!

I understand that any change is better than what the video game industry was like before. There’s nothing wrong with being excited about a skin or a video game starring a cis white woman. I’d just caution against seeing those games as indicative of real progress. And when people do, there’s an unintentional erasing effect that can make marginalised people in the community feel invisible.

While I am glad to see the shift away from its dude-dominated history, I think we can still want more for ourselves. Game makers should push beyond the safety of white men and women and create protagonists of all races, shapes, orientations, and abilities.

I say all this fully aware that diversity in video game protagonists isn’t as dire as it was. Life is Strange: True Colours, Kena: Bridge Of Spirits, and the hilariously named but damn cool looking Forspoken come to mind when evaluating upcoming AAA offerings. The indie scene features an even deeper wealth of diversity (and by diverse creators too!) Progress is often a game of inches, but it doesn’t have to be.