One Year Later, Did Microsoft Keep Their E3 2016 Promises?

E3 is right around the corner, and that means we're about to get deluged with colossal news and shiny new trailers. And as we do every year before the hype, let's first take a look back to see if the three console makers delivered on all the grand promises they made at last year's E3. Up first: Microsoft.

Did you grow up with games like Monkey Island? Does the name Fred Edison conjure fond memories? Do you often wonder whether Zak McKracken was underrated or just not very good? Thimbleweed Park is probably the video game for you.

As you probably already know, Overwatch is an excellent game -- unless you play Torbjorn. Fuck Torbjorn.

Though I didn't get a chance to play that newfangled Legend of Zelda that everyone was raving about, there was plenty to get excited about at E3.

The Makers Of Zelda On Why Their Games Are Usually Late

"First of all, it would be great if I didn't have to put a release date out at all," Nintendo's longtime chief game designer Shigeru Miyamoto recently told me when I asked him about the tendency for Zelda games to be late. "But I have to." We both laughed.

Nintendo has publicly denied that a joke from an E3 demo for the upcoming Wii U game Paper Mario: Color Splash is a reference to a harassment campaign that targeted game designer Zoe Quinn. The company says it's a nod to the Watergate scandal from the 1970s.

It's been nearly 10 years since development started on The Last Guardian, designer Fumito Ueda's long-anticipated follow-up to Ico and Shadow of the Colossus. I caught up with Ueda at E3 to talk about his lengthy journey.

I played a lot of games at E3, an annual whirlwind of demos and announcements that can be as exhausting as it is exciting. Let's talk about some of them, shall we?

Bungie Answers (And Dodges) Our Destiny: Rise Of Iron Questions

As has become annual tradition, I sat down with Bungie at E3 last week for a frank discussion about the state of Destiny, a video game in which players travel through space trying to convince internet commenters that yes, people still play Destiny.

Why Everyone Should Rewatch E3 Several Times

The funny thing about E3 is how it's all about That First Reaction. The curtains rise. The lights dim. The speakers begin to boom. Or in Sony's case, the orchestra.

And then everything comes to a close and the internet sits around deciding Who Won. But in my case, I went back and rewatched everything. The trailers, the speeches, the streams. All of it. At least three times. And you know what? I'm bloody glad I did.

The Reasons Behind God Of War's Bold New Direction

Sony Santa Monica has big plans to shake up God of War. "We looked at every aspect of this game differently," creative director Cory Barlog told me at E3, "all centred around the concept of 'Why? Why am I doing this? Why am I here? Why am I making these decisions?'"

Resident Evil 7 In VR Is A Nauseating Mess

I literally gasped when the Resident Evil logo came up at Sony's E3 press conference. A big budget horror game in VR?! My dreams came crashing down to Earth after playing it in VR, unfortunately. Right now, it's a mess.

The Games Stephen Played At E3

Between interviews, video shoots and encounters with mascots, I played a bunch of games at and around E3 last week. Let me tell you about them. 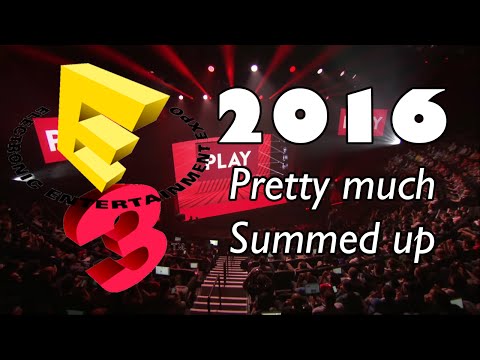 Well, it was better than I expected it to be. Zelda looked incredible, Sony showed off new games, Microsoft announced two new consoles for some reason.

Anyway, on the off chance that you hid under a really big sound-proof rock for a week, this video does a great job of (hilariously) summing up E3 2016.

Robot Dinosaur Cosplay Was One Of The Stars Of E3

Hollywood effects studio Spectral Motion were hired by Sony to create a little something for Horizon Zero Dawn's E3 demo. The suit they came up with ended up being one of the lowkey stars of the entire show. 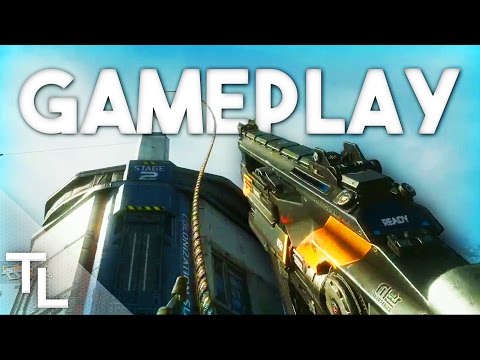 I'm hoping the sequel delivers on something a bit more substantial. If this new gameplay footage is anything to go it just might.

It wasn't really supposed to be a big one, but it had its moments nonetheless. How did you judge this year's E3?

Personally, I was pleasantly surprised.

Dragon Quest VII was one of the biggest games of its time, a significant leap over its predecessors in terms of raw size. So when the developers at Square decided to remake it for 3DS, they ran into some issues.

Nine Cool Things I Did In Zelda: Breath Of The Wild At E3 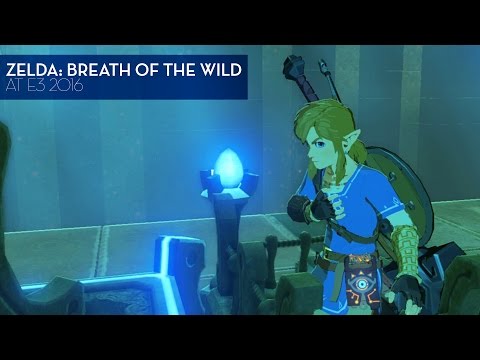 We ended this E3 the way we started, by going hands-on with The Legend of Zelda: Breath of the Wild. Here, for your viewing pleasure, is direct feed footage of some cool moments that happened naturally as we played the game.

Whenever I see a new trailer for Horizon Zero Dawn, I mutter to myself: "please don't suck." Based on the 30 minutes I played this week, things are looking promising, and it's not just the big stuff: it's the game's smaller details, too.