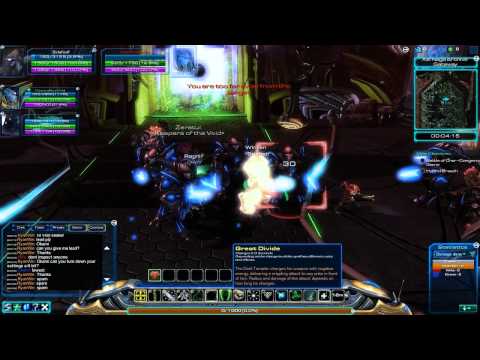 StarCraft Universe, the “World of Starcraft” MMO project that touched off a tense week for the StarCraft II modding community back in January, has released the first trailer of gameplay from its alpha version. You get a wide look at a lot of features of the game in that four-minute trailer, above.

Ryan Winzen, the project leader who has vowed to get a playable demo out this year, contacted Kotaku today to share the video and update the community on the mod’s progress. You may remember that when work began on this mod back in January, it attracted the attention of Blizzard and its lawyers, concerned about the “World of Starcraft” name and how its code was being manipulated.

When the two sides understood that Winzen was using the official StarCraft II modkit, and then settled on a different name for it - hence, StarCraft Universe - the project went forward with Blizzard's blessing. The notoriety earned Winzen a standing invitation to visit Blizzard (still unclaimed, he says, because of scheduling and other commitments), and even a look from a studio interested in trying him out for a job.

Six months later, Winzen says he did not land a games development gig, but says it's OK, that he didn't feel he was ready for one at the time. "There's a lot more to being a developer than just being creative and being good at what you do. One of my weaknesses was being able to communicate creative thought in the most effective manner to a team, mainly because I had no practice," he told Kotaku. "But since then my team and I have been Skyping every day and I feel we've all become much better developers as a result of good communication."

Winzen has also left school to work on Starcraft Universe full-time. "At this point I'm learning way more creating SCU than I ever would at school," he says. "Most of my friends trying to get into a creative industry find themselves having to grind out a massive portfolio to find any work even after four years of college."

The team's most pressing current goal, Winzen says, is finding a way to get everyone down to BlizzCon.