Plants Vs. Zombies Composer Tries Her Hand At Magic: The Gathering Rap 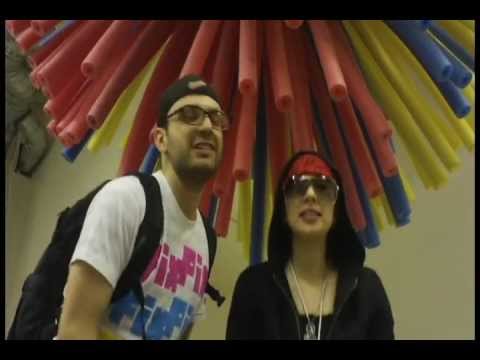 It’s an indie game geeksplosion as the woman behind the Plants Vs. Zombies music teams up with the programmer for Xbox Live Arcade’s Spelunky to rap about their shared love of Magic: The Gathering.

This is the sort of video I would normally avoid, but the sheer indie gaming power contained within (coupled with Laura Shigihara’s overwhelming cuteness) stayed my hand. Sure the music steps all over the lyrics as two of the softest rappers of all-time wax lyrical about Magic cards, but it’s Laura and Andy Hull, plus Plants Vs. Zombies designer George Fan, Aquaria and Spelunky creator Derek Hu (shirtless, no less), Paul Hubans with a mouthful of tinfoil, and Team Meat’s Tommy Refenes flaunting his sweet Super Meat Boy cash.

Laura sent the video our way, along with some words.

“I was randomly inspired to make a Magic: The Gathering rap video, so I asked my friend Andy if he wanted to work on it together (he’s the Spelunky Xbla programmer). We wrote and performed the lyrics together, George Fan helped us film the scenes at TIGJam (a yearly indie game dev event), and I produced the song/edited the video afterwards. It’s pretty silly and very nerdy (hopefully there are some Magic players out there who will get all our references), but we had a lot of fun with it.”