The Path To Enlightenment? For This Man, Pornography 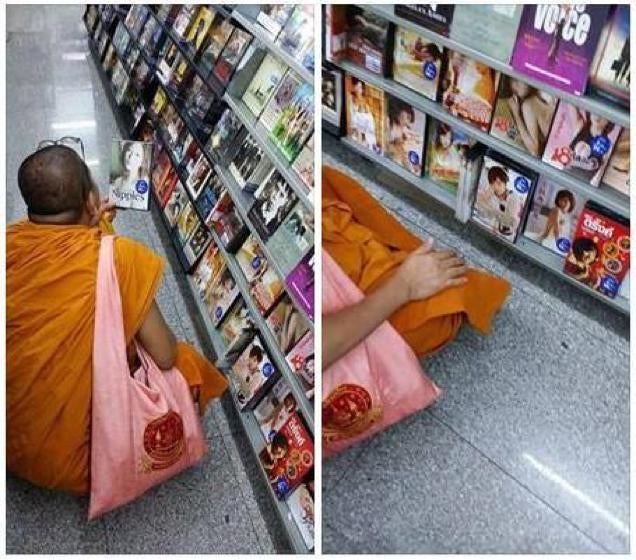 For Buddhist monks in Thailand, life is strict with loads of rules. Days are spent meditating and chanting. This apparent monk, however, spent his day doing something else.

As pointed out by Coconuts Bangkok, these images first appeared on Facebook site FuckGhost, and they apparently show a Thai monk looking at adult movies. The one he is supposedly holding looks to be titled "Nipples". The story has even spread to the Taiwanese and major Chinese site Xinhua.

What's the big deal? As ThaiWorldView.com explains, "According to monastic discipline, a monk cannot be alone with a woman. A woman cannot touch a monk and she cannot give something directly to a monk to avoid any contact." (Here's even more context.)

Here is how people usually think of Buddhist monks in Thailand: 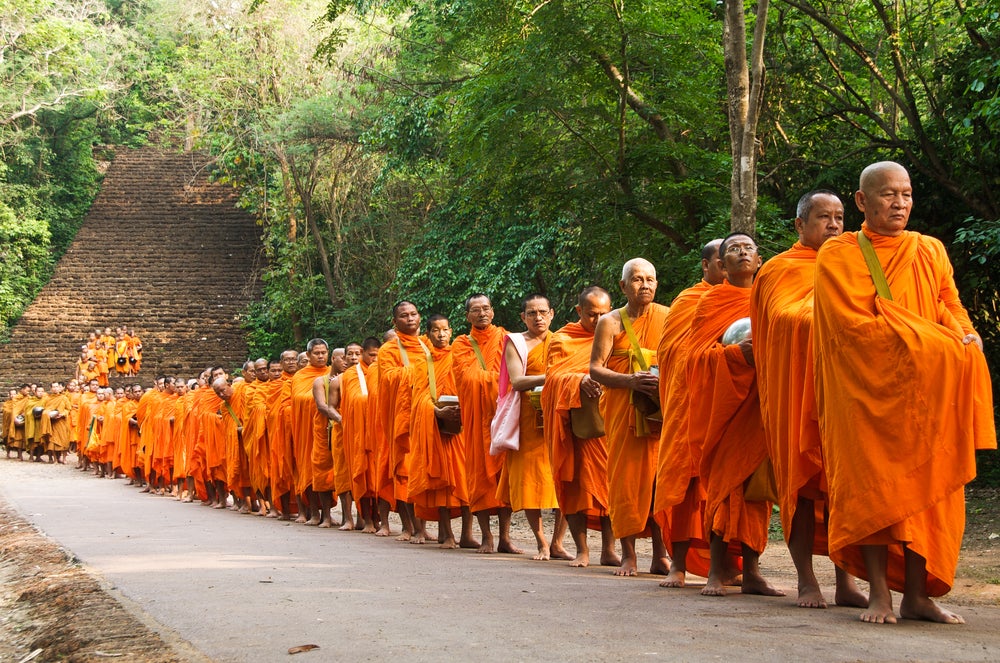 Of course, this shopper might be a fake monk or this could be a Photoshop hoax. Coconuts Bangkok reports that the photo was taken at Khlong Thom Center, an electronics market with a vast selection of pornography for those unfamiliar with a new invention they're calling "the internet".