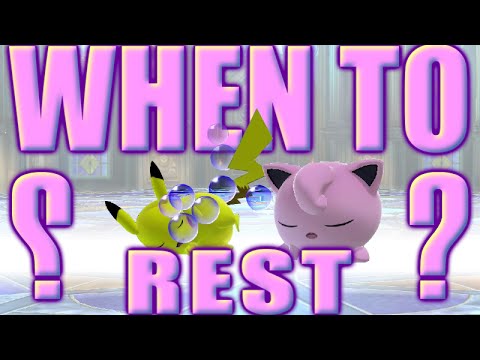 One of the key things that makes Jigglypuff an absolute terror in the Smash Bros. ring is her “rest” move. If you’ve ever gone against the Puff, you know what I’m talking about: it’s when she falls asleep and then beats you into a pulp. But just how powerful is it, exactly? Numbers to the rescue!

In the latest instalment of its entertaining “Smash Science” video series (via Smashboards), YouTube channel Smash Highlights broke down the exact kill percentage for Jigglypuff’s rest as it applies to every other character in the latest Smash game excluding Mii fighters. The short clip is worth checking out if you have trouble fighting with or against Jigglypuff, or just enjoy watching a bunch of Smash-ers being bounced around in short succession:

They also put the data into a Google docs spreadsheet if you prefer to consume your content the old fashioned way (i.e. reading). Either way, it’s useful information to keep in the back of your head for the next time you square off against Jigglypuff in Smash, so you have a better idea of just how vulnerable you are to her rest as an opponent. Or how easy it will be to crush someone else as Jigglypuff, by the same token.

Now get back out there and keep fighting the good fight, Smash fans. And never forget: fear the Puff.