At least 20 times a day, I check in on my virtual cats. I consistently have the impulse to do so, in fact. Neko Atsume, the Japanese cat game a bunch of us at Kotaku are addicted to, calls to me. It speaks to my soul, and I can't stop playing it.

You can see the game in action, with some background info from Chris Person and myself, in the video above.

It starts off slow. You have some kind of patio-backyard area that you can put cat food out on. Then some stray cats make their way over to your phone screen and bring you offerings of silver fish. You can spend said silver fish on things like baseballs and cat beds and scratchers. Do so and you'll find more stray cats keen on visiting your slowly-growing cat establishment. It feels a bit like Tamagotchi, without so many responsibilities and inevitable deaths from neglecting those responsibilities.

Eventually, you'll get some gold fish in exchange for the cats sticking around and playing with the things you bought them. Eventually, you use those gold fish to purchase fancier items that bring out... special cats. Cats that look like Anna Wintour, for instance: 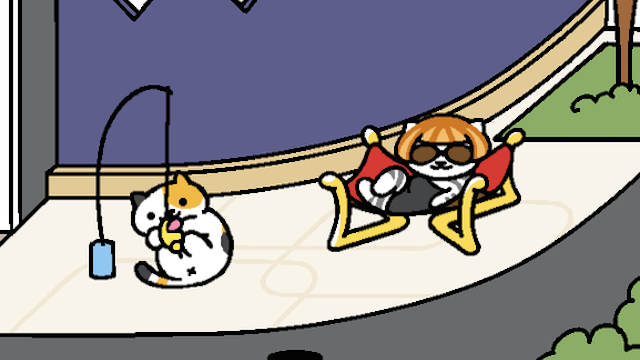 And others that I won't spoil. And eventually you score enough gold fish to actually expand outside of your limited view of the world out there on the patio. Here's Chris' pad: 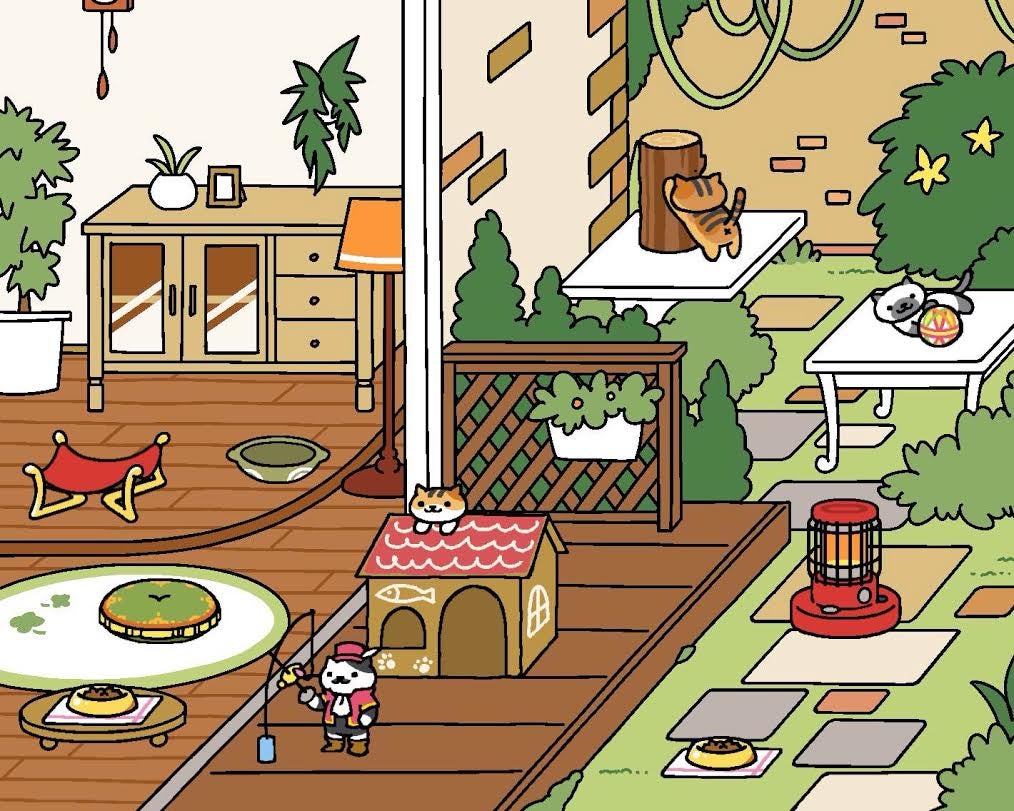 Those are some damn happy cats.

Neko Atsume is a little dumb. But it's also the game I've been most adamantly pushing forward in. A few quick bursts of attention throughout the day is sufficient enough to keep things going, a quality many iOS (or Android) games share. Finding myself bored or stressed out or sad? I pop into Neko Atsume and check to see if I've met any new cats in my rolodex of strays. If so? I take a picture of them, doing my best to find the angle where I can show off the adorable X marks that indicate their little cat butts. I refill their cat food, and check in on the shop to see if there's anything new I'd like to buy for them.

Neko Atsume is simply there, whenever I want it to be. I'll take a few screenshots when I meet a new cat or buy something new I've had my eye on. I'll post it on Twitter. My Twitter friends and Kotaku colleagues who are equally obsessed with the game will share in my excitement.

Here's the iTunes link and here's the Google Play link.