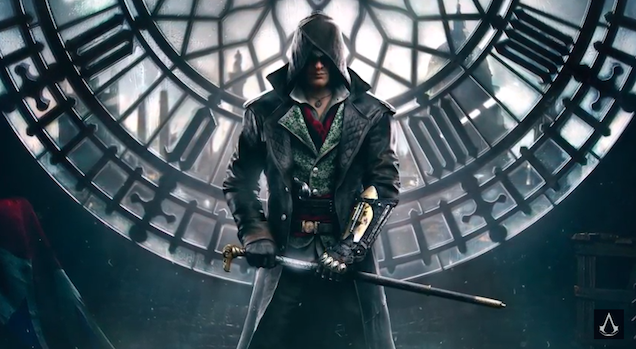 It's official: the next Assassin's Creed is called Syndicate, and it will be out for PS4 and Xbox One on October 23, with a PC release coming later in the year.

If you read Kotaku, you already know a lot about Syndicate — it's set in Victorian London, it will have both male and female protagonists, and it puts a lot of emphasis on carriages and grappling hooks — but now it's all Official. Syndicate takes place in London during 1868, and will star the brother/sister duo of Jacob and Evie Frye, who run their own criminal gang.

There's footage of pre-alpha gameplay, which is looking pretty rough:

And a trailer showing off Jacob's weapons:

GameSpot's got a mega-preview of the game that Kotaku boss and Assassin's Creed superfan Stephen Totilo combed for salient details, which we'll list here:

And a few more details via Game Informer's interview with the game's creative director, Marc-Alexis Côté: