You Can Play As Link In League Of Legends 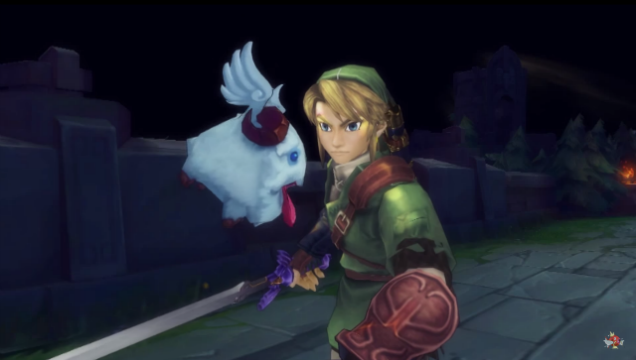 Yes, that Link. If that is his real name.

If you play as Garen in League of Legends, you can now dress the character up like a true Hyrule warrior and indulge in some serious Nintendo fan fiction — like League player and YouTuber MagikarpUsedFly just did (via Reddit):

While this is the first I've heard of it, the Link skin has actually been around for a few months now. Awesome fan-made creations unfortunately have a tendency to slip under the radar (see: A Bowl of Ryze) when they're not relentlessly promoted as Riot's premium contributions to its game so often are. Custom League content creator BaeckerSkins first introduced the Link skin last summer:

If you're interested in playing as the guy, you can download the skin on its leaguecraft page. If nothing else, this'll hopefully help tide me over while I continue to wait for Nintendo to release the MOBA they definitely should make but almost definitely never will.

Who knows, though. Nintendo did just start to sound real interested in the garbage smartphone game market. Fingers crossed.