The UFC’s Light Heavyweight Champion Has A Video Game Problem 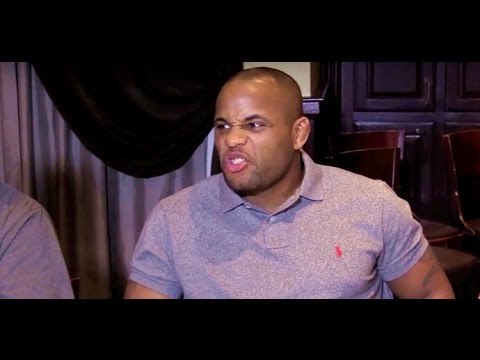 UFC Light Heavyweight champion Daniel Cormier beats people up for a living. In his spare time? He beats up video game controllers.

Daniel Cormier is fresh off his very first title defence — a five round war with Swedish superstar Alexander Gustafsson — but in an interview before the match he discussed video games. More specifically, just how seriously he takes them.

He has an “Xbox controller graveyard”, controller shattered all over his room. He doesn’t take too kindly to losing. In the cage or out of the cage.

Because man, I don’t know if I can take anything Cormier says seriously — particularly when it comes to video games. Not after this travesty — a staged online twitter argument between Cormier and Gustafsson riddled with Halo 5 hashtags. Was this interview just another word from his sponsors? YOU TELL US DANIEL!

Regardless, for the folks following along at home: the fight between Cormier and Gustafsson was absolutely sensationAL. A genuine fight of the year candidate. In a weird way it was almost video game like. It was about as close as a fight can possibly be. Cormier won via split decision with one judge scoring the bout for Gustafsson and the other two scoring it for Cormier.

Cormier apparently broke his foot during the fight ad Gustafsson won’t be able to fight for six months. So they’ll both have plenty of time to play Halo 5.