Harmony Explores The Unique Hell Of Living In A Utopia 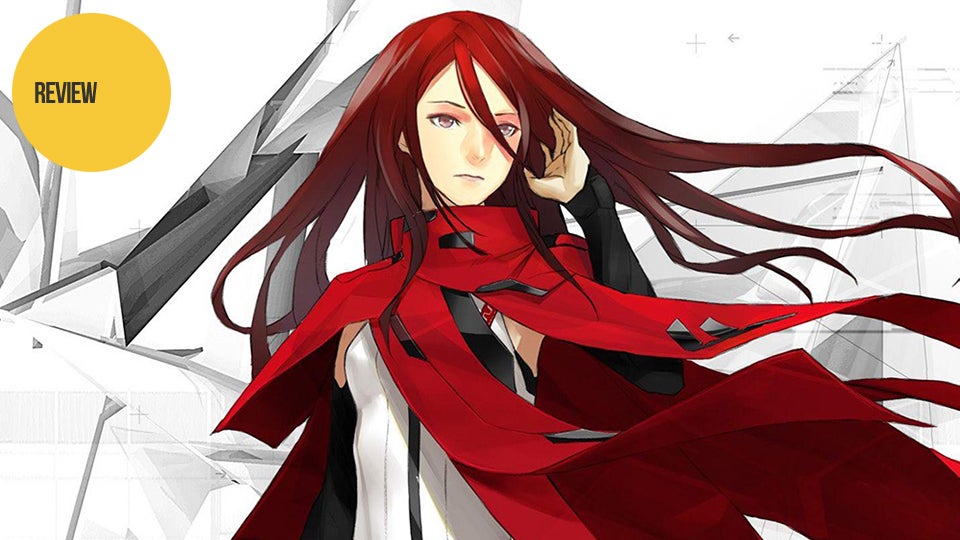 Last month we looked at a zombie-powered steampunk world in the first film adapted from the works of Project Itoh, Empire of Corpses. Now we are back with the second film, Harmony, which shows just how terrible life in a utopia could be. 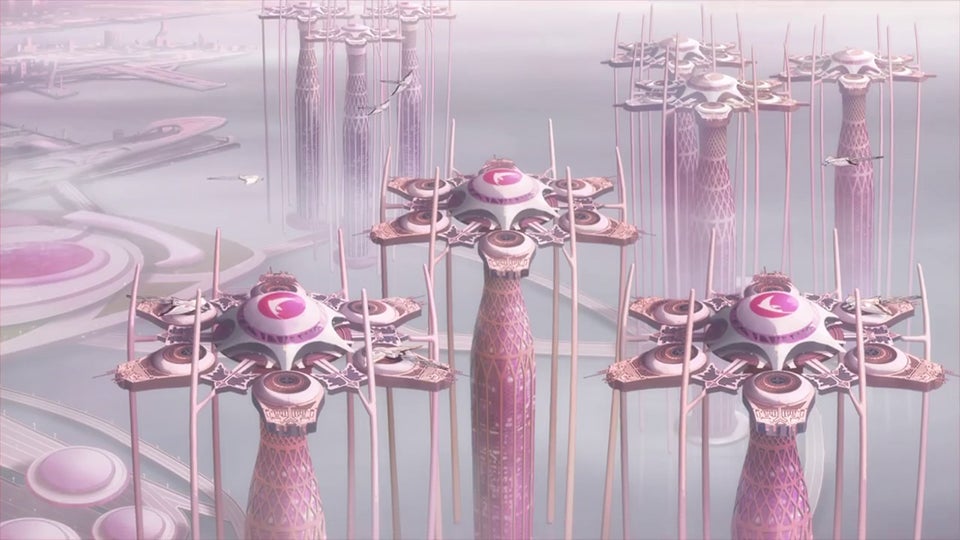 The main star of Harmony is the setting itself. In the world of Harmony, humanity is 50 years into recovery after a nuclear war devastated the planet and brought our species to the edge of extinction. With so few humans left, humanity's zeitgeist changed from focusing on the individual to focusing on society: Your body is not your own; it is a vital resource for the survival of the species.

With this thought in mind, two new technologies came into play: WatchMe, a system of nanites implanted into every adult's body to monitor everything from body fat to RNA transcription errors; and Medicare, a home pharmacy capable of fixing nearly every problem WatchMe finds. By the time Harmony begins, disease is a thing of the past in the utopia and 80% of the world's population uses WatchMe. 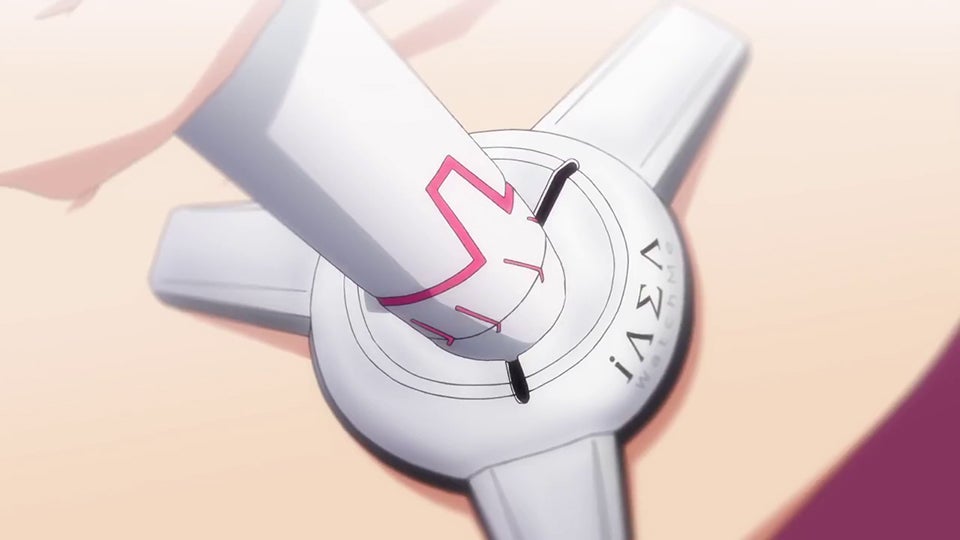 From this starting point, the film excellently realises a world where social well-being rules. In this new hyper-healthy society, alcohol and smoking (among many other things) are banned. Even the architecture and colours of buildings are designed to be as soothing as possible.

But the real game changer is the Augmented Reality contact lenses that everyone wears. They not only display how healthy the things around you are but also allow you to see the personal information of every person you meet. 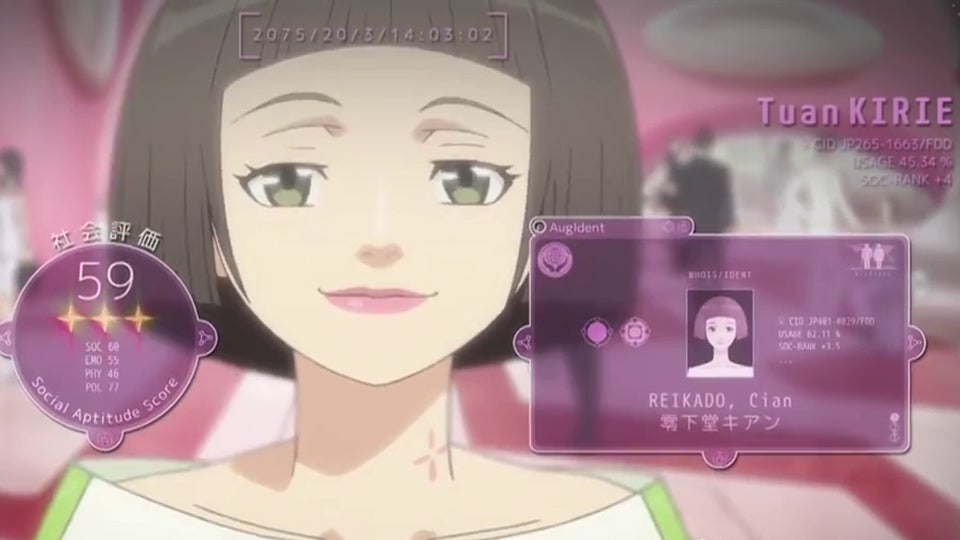 This includes a social aptitude score — a numerical rating showing how selfless a person is. While people with lower SA scores tend to have the less important jobs in society, they aren't shunned — rather all those with high scores go out of their way to be nice to those with low scores and hopefully turn them into more productive members of society.

To some people, this world of imposed kindness and humility is a living hell. Harmony is the story of two such people: Tuan and Miach. 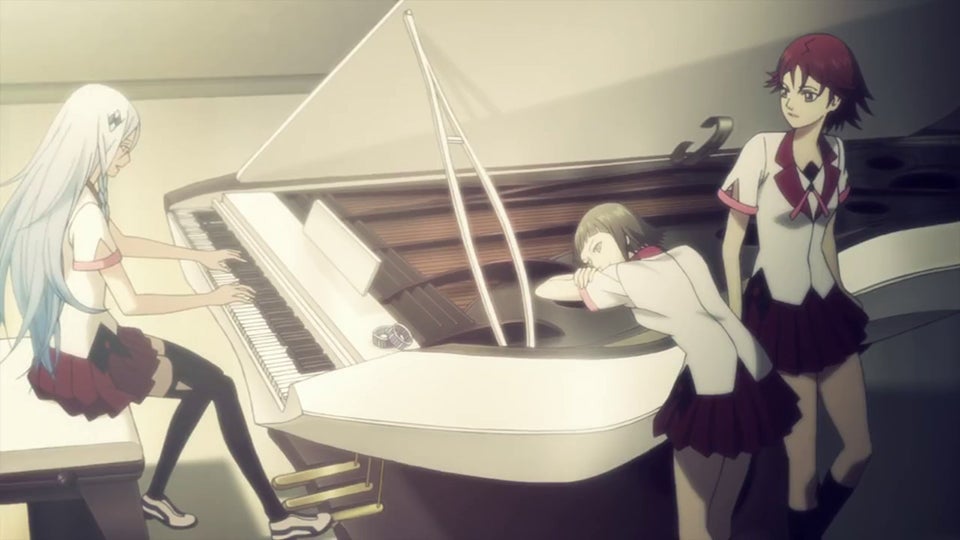 Back in high school, Tuan became enraptured with another girl in her class, Miach — a charismatic ideolog who rejected the view that her body and soul belonged to anyone else. Joined by a third girl, Cian, the pair decided to escape the utopia in the only way available to them: suicide. But while the attempt was successful for Miach, Tuan and Cian survived. 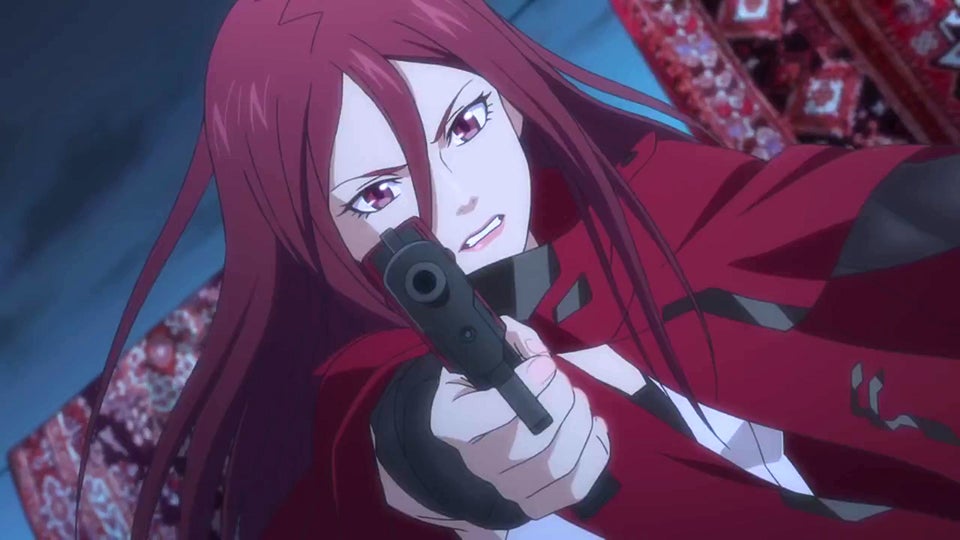 Now, years later, Tuan is a high ranking agent of the World Health Organisation — which has developed into a corps of diplomat/soldiers tasked with interacting with those living outside of the utopia. By living between the two worlds, she has found some degree of peace — until the day over 6000 people across the utopia suddenly attempt suicide at the same time. Driven by her own goals, Tuan puts herself on the trail of those behind the incident — but soon finds that she is far more connected to what is going on than she could possibly have imagined. 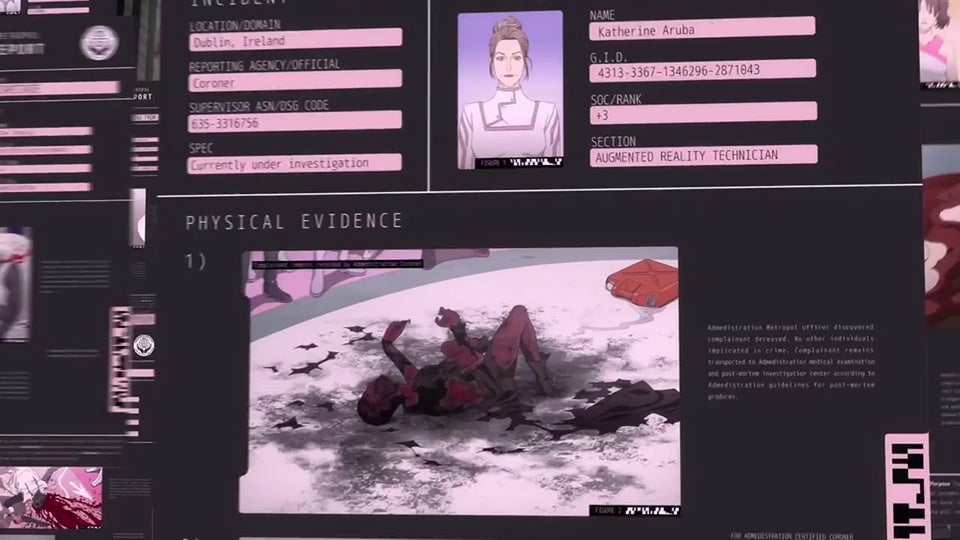 On the personal side, Harmony is a character study on how Miach's life and suicide has changed the people closest to her. After Miach's death, Cian reforms and accepts the utopia's ideals wholeheartedly. Tuan, on the other hand, fakes it. She pushes hard to get into the WHO, hoping to escape to the fringes of the utopia where she might have at least the illusion of freedom. 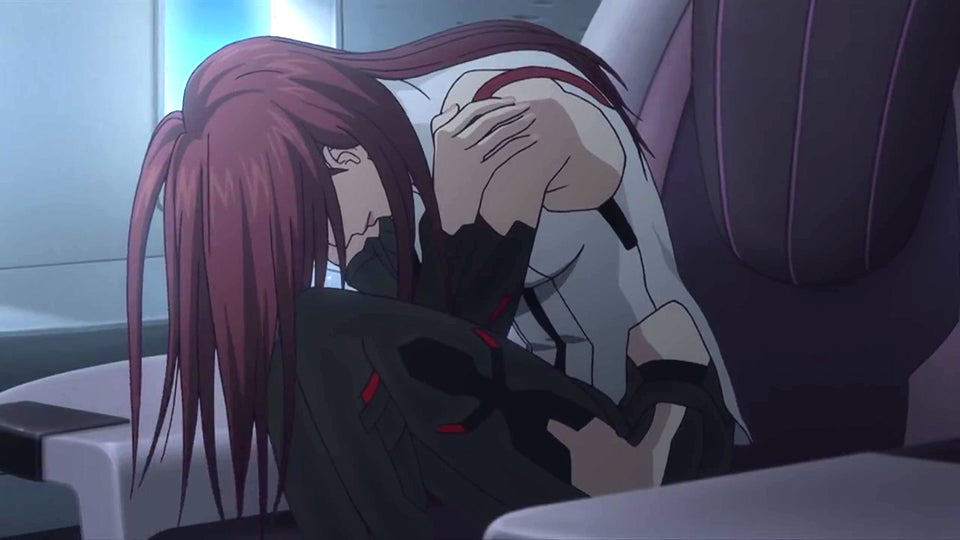 Tuan is, by her own admission, a sociopath. She cares nothing for the feelings of others or the society she is supposed to be protecting. Still, if she can smoke and drink — i.e., have some matter of control over her own body, she is happy enough. Yet, at the same time she feels she is a coward. In her position, she could easily escape the utopia and head into the outside world. Even easier she could escape by killing herself as Miach had done. Because of this Tuan sees herself as a pale imitation of Miach — someone with her soul but not her drive. Much of the story is Tuan discovering what exactly is important to her and then acting accordingly. 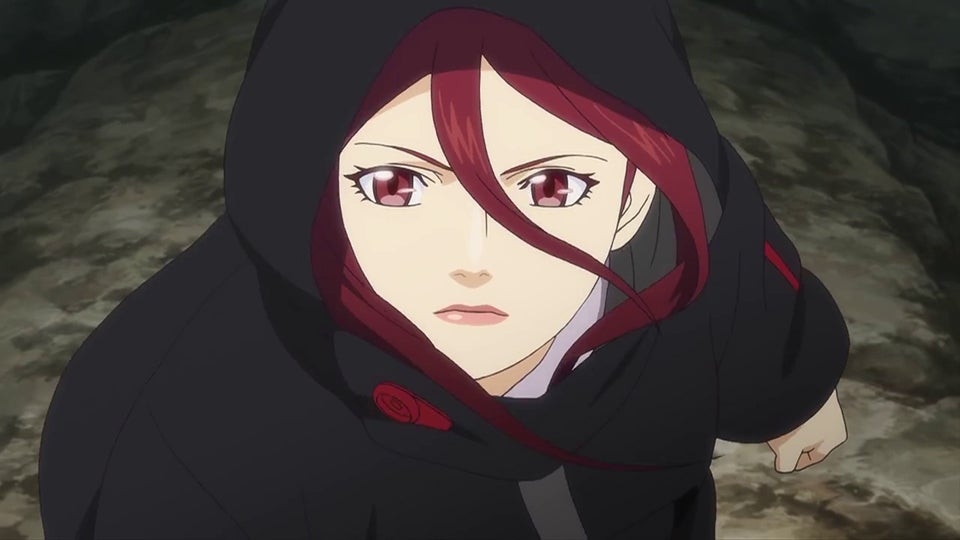 Seeing how Tuan interacts with the utopia is another interesting aspect of the series. In a world of cool colours, only Tuan (and the other WHO agents) wear deep red. It makes her the center of attention where ever she goes. More than that, many people clearly fear her: In a peaceful world, she is the closest thing to a soldier. She also has an abnormally high SA rating due to her work — yet she does not bother with manners or politeness. She can even turn off her public profile, making her unreadable and thus unknowable in the way society has come to expect. Numerous times throughout the film, she even blackmails her boss to get her way. Tuan is the shark in a school of fishes — and it is obvious to everyone. 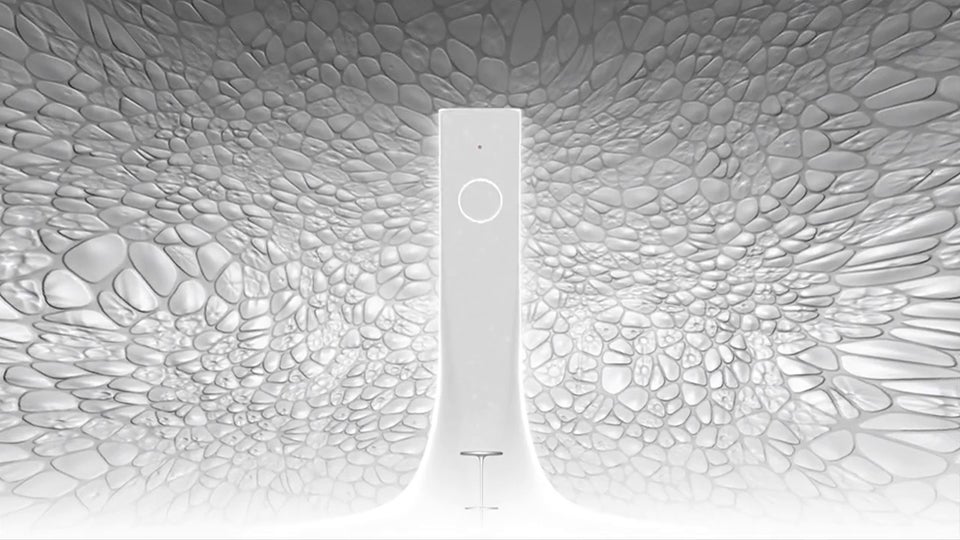 Philosophically, Harmony is the window dressing for a discussion about the nature and purpose of the human soul. While many anime before — like seminal work Ghost in the Shell — have placed great importance on the inner self, Harmony postulates that not only is the ego unnecessary, it is also a hindrance for human evolution. The strife and confusion in society — as well as that within our own hearts — is due to consciousness itself. Only in a world without "I" could there ever be true harmony. It is a terrifying thought, to say the least. 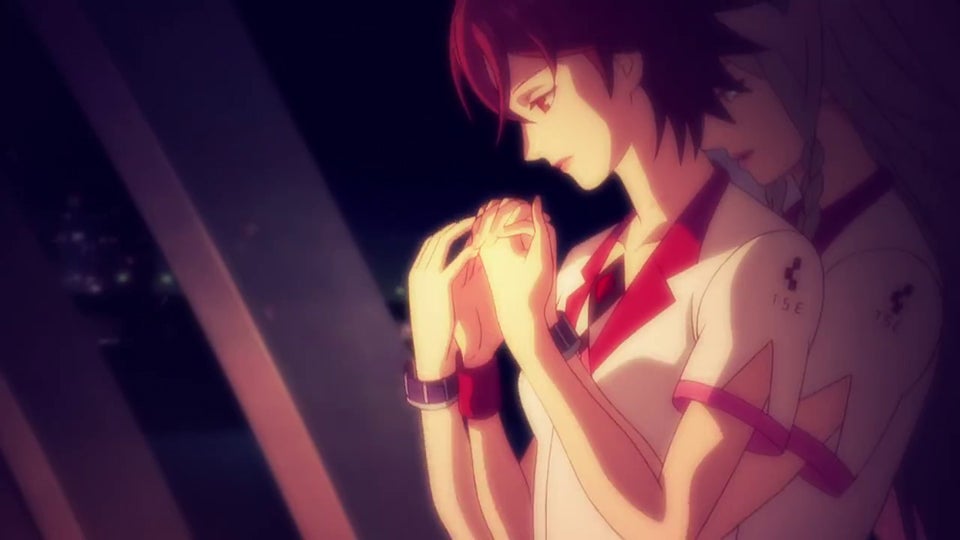 Like its sister film, Empire of Corpses, Harmony is a fantastic film and a grand example of how sci-fi can be used to explore the nature of humanity in a way no other type of fiction can. It creates an excellently realised utopian world and uses it to tell the story of two captivating characters while also exploring philosophic quandaries that have puzzled mankind for millennia. And if nothing else, by the time you finish watching the film you'll question whether "harmony" really is such a good thing after all.

Harmony was released in Japanese theatres on 13 November 2015. It has been licensed by Funimation for release in the US in 2016.