Are you shopping for an anime fan and have no earthly idea what this “anime” thing is — much less what he or she would like? Or perhaps you know what they like and are looking at your options. Either way, don’t worry. We’re here to help.

Shopping for an anime fan can be a tricky thing. After all, saying “I like anime” is a lot like saying “I like movies” or “I like TV.” There is anime of every genre from romance and slice-of-life to sci-fi and fantasy.

If You Don’t Know What Anime Your Fan Likes:

Not knowing your anime fan’s preferences isn’t the end of the world. The easiest gift you can give is a subscription to an anime streaming service so your fan can choose the anime he or she wants to watch.

There are more than a few of these services to choose from:

Crunchyroll — Crunchyroll specialises mostly on simulcasting (with English subtitles) anime that are currently airing in Japan — though that’s not to say they don’t have a decent back catalogue as well. They also stream more than a few Japanese live-action shows — often ones that are adaptations of popular anime or manga.

Funimation — Funimation tends to have fewer simulcast titles each season but they always manage to grab one or two big hits — moreover, they release dubbed English versions of these anime in addition to subtitled ones (though the dubbed episodes usually come out a few weeks later than the subbed). They also have a massive back catalogue. If your anime fan already has a Crunchyroll subscription, giving them a Funimation subscription as well will ensure they miss practically no anime coming out of Japan.

Hulu Plus — Much of what starts out on Funimation and Crunchyroll ends up on Hulu. Sometimes they’re up to date right along with the other two as far as simulcasting goes, but often they air new episodes a few weeks later. Of course, the upside to Hulu is that, well, it’s Hulu. Not only does it have a ton of anime but a massive selection of Western TV shows as well.

AnimeLab — What Crunchyroll and Funimation are to the US, AnimeLab is to Australia. While their selection is much smaller than either of the other two, they tend to get most of the big shows that are currently airing, with a selection that’s been getting broader and broader with each successive season. So if you’re in Australia, it’s a fine choice. 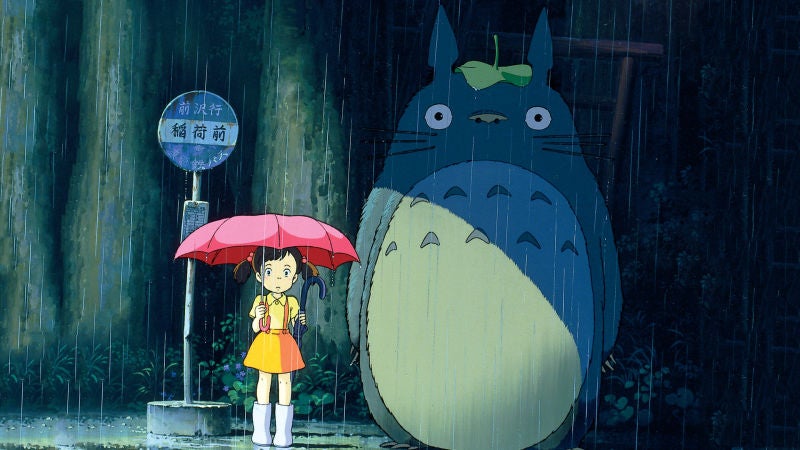 Now, let’s say you’re looking for a gift that’s a bit more personal than an anime subscription, but still want a gift that will appeal to most anime fans — and you have $US215 ($299) to spend. Well, you’re in luck. The collected works of Hayao Miyazaki (of Studio Ghibli fame) have been released in one Blu-ray box set. This 11-movie set is great for adults as well as children.

If You Know Which Anime Your Fan Likes

If you happen to know what anime the anime fan you are shopping for is into, there are even more options. 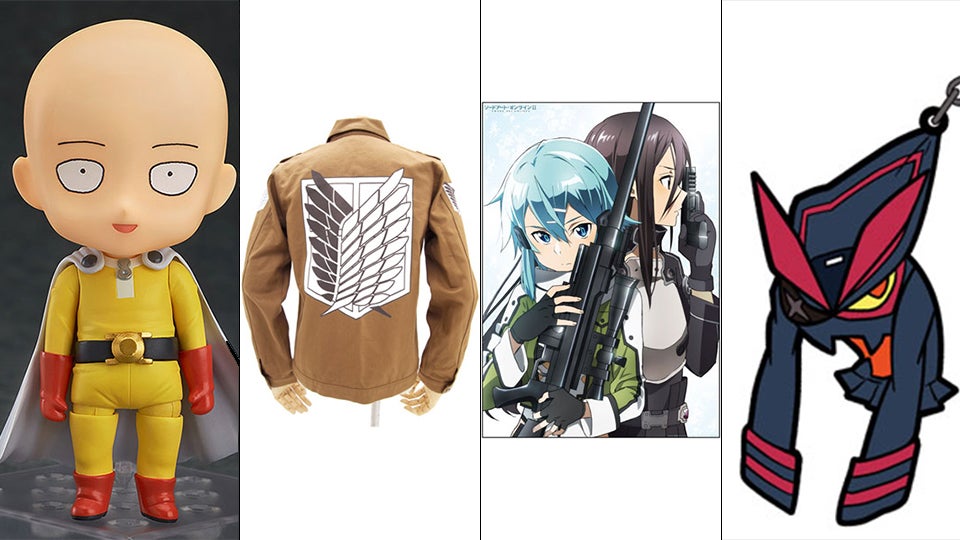 Anime series, as a rule, come with vast amounts of merchandise. There are many sites (like RightStuf, JBOX and AmiAmi to name just a few) out there that will import these goods from Japan to your door — be they statues, key chains, T-shirts or numerous other items. Just plug in the name of an anime and you’re good to go — just be warned that you’re going to run into a lot of half-naked anime characters while you shop.

Another possible shopping option comes from the nature of anime today: While some anime are original, most are adapted works. They largely come from three places.

Manga — Manga are Japanese comics. Popular anime like Attack on Titan, One Piece, Dragon Ball, and Naruto are all adaptations of Manga. Many of these have been translated into English and released in the US.

Light Novels — More and more these days, however, Japanese “light novels” — plot-centric, action-filled book series — serve as inspirations for anime. While far less of these have been translated than manga, popular anime Sword Art Online (along with its sister series Accel World), No Game, No Life, Durararara!, The Melancholy of Haruhi Suzumiya and The Devil is a Part Timer have all had a novel or more translated into English.

Visual Novels — The last place anime tend to come from is a type of video game known as visual novels. These are often choose-your-own-adventure-style stories with comic-like visuals and full voice acting — though some feature no interactive choices at all. To put it another way, visual novels are games that fit somewhere between manga and anime.

Popular visual novel anime include Steins;Gate, Clannad, and Danganronpa. However, while visual novels on consoles have their content rated by the ESRB, visual novels on the PC often have pornographic content — something to keep in mind. Steam, MangaGamer, and JAST USA are the main go-to places for PC visual novels while those for consoles can be found at any place that sells video games.

Alright, with all these gift ideas you should now be ready. So go out and make an anime fan’s holiday season something special!