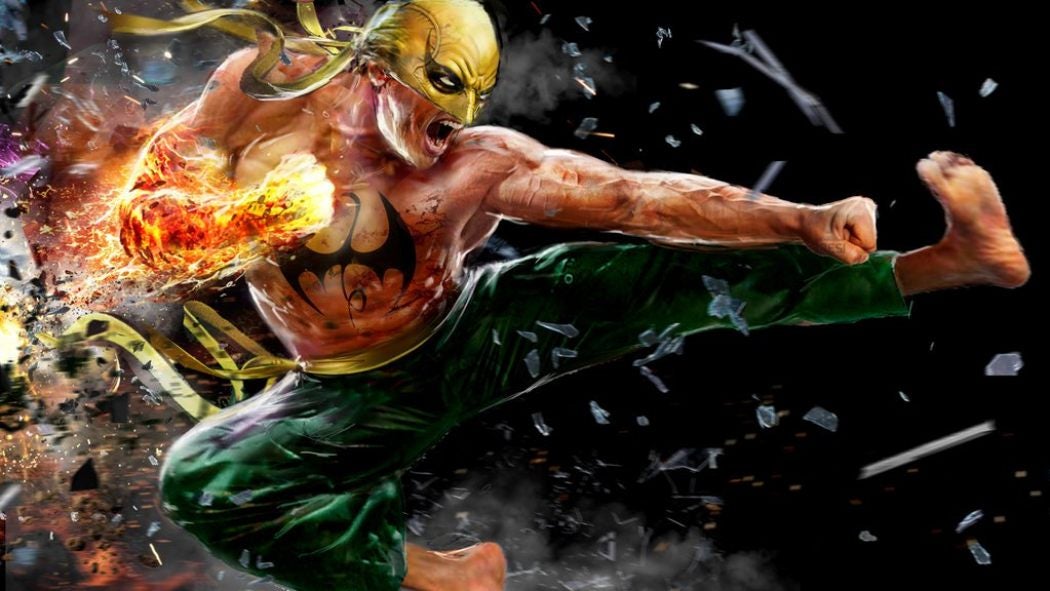 Last week, white actor Finn Jones (best known as Loras Tyrell on Game of Thrones) was cast as Danny Rand, the white comic book character who becomes Marvel's martial arts superhero Iron Fist. In terms of bringing the original character to life on screen, it was an accurate choice. But for many it was an upsetting choice, and guess what? They have every right to feel that way. Those people who know why they are upset, and angry, and disappointed need no justification for the way they feel, especially from me. But I have seen far too many people call Marvel's Iron Fist casting decision a "damned if they do, damned if they don't" situation, where they're weighing both sides as if they were equally valid.

They aren't. Yes, it's true that the comics character Iron Fist is white, and thus it is indeed technically accurate for a white guy to play the role on TV. But technical accuracy does not equate "the right thing", for lack of a better term. Because as with so many superheroes, there is nothing about the character of Iron Fist that requires him to be played by a white person. Nothing. It is fundamental to no aspect of his personality, his origin, his powers.

In fact, Iron Fist is unique among Marvel's other superheroes that have made the leap to live-action in that making him, say, an Asian-American would have unequivocally improved him. Why? Because Iron Fist never should have been white in the first place.

Ever since his comics debut in 1974, Danny Rand has been a rich white kid who happens across the mystical city of K'un L'un, gets taught martial arts, and of course turns out to be better at them than any of the natives. His preternatural talent allows him to defeat the dragon Shou-Lun, which gives him the mystic power of the Iron Fist — at which point Danny immediately leaves to be a superhero in America, because why would he stick around in K'un L'un?

His character was, and is, an appropriation of Asian culture — no different from American Ninja, Shogun, The Karate Kid, The Last Samurai, and all the other movies/comics/stories where a white guy discovers a foreign culture, learns its ways, and becomes better at it than the people born into it. It is both crappy and a cliché, and one that still gets used too often.

This obviously wasn't considered a problem in the '70s, but it sure as hell is a problem now. And it would have been easily rectified by casting an Asian-American (or even an Asian non-American) in the role of Danny Rand. How perfect would it be if Danny Rand was looking to reclaim his Asian heritage, instead of taking it from others? Besides being more culturally sensitive, it's narratively much more powerful if the character Danny Rand has an authentic bond with the setting of his origin story, as opposed to merely co-opting it. So not only would a non-white Iron Fist have increased diversity and fixed an problem inherent in the character, but this change could have arguably made Iron Fist a better character.

So let's not pretend that Marvel faced with an impossible dilemma here. Marvel wasn't "damned if they did, damned if they didn't". The company had the chance to increase the diversity of its live-action universe and its multitude of media projects, and to rectify a problematic character created to co-opt another culture. There was an opportunity here, and you absolutely shouldn't feel bad for Marvel that the company didn't take it. Marvel also had the chance to cast a non-white actor to play Dr Strange, because there was literally no reason his character needed to be white. (In fact, there's an argument to be made that the comic book Strange actually was Asian, since he was portrayed as such by luminary comic artists like Steve Ditko.) Marvel passed on that opportunity, too.

Why? Besides racists, there's only one group of people who had an emotional stake in keeping Danny Rand a white guy, and that's the small group of die-hard Iron Fist fans for whom changing anything would be a betrayal of the highest order. However much they might have complained, they would all have absolutely watched an Iron Fist TV show anyway — and let's not pretend that Marvel is in the business of satisfying fans over mass audiences. There's no way Finn Jones was cast solely to appease comic fans. Instead I'm sure Marvel thought that a white star would attract the widest audience. And maybe Marvel is correct in this.

But again, that doesn't mean it's the right thing. If Marvel Studios was actually committed to diversity — really committed, not just "taking 10 full years to give us a movie with a non-white lead, and god knows how much longer for a movie with a woman as the star" committed — then it would take at least one of the multitude of additional opportunities it's had to increase its diversity.

Diversity isn't a quota, or it shouldn't be. It's 2016. Diversity should be the goal. It something to companies like Marvel to constantly consider and to strive for, and for us fans to ask for.

With Iron Fist, Marvel had an opportunity — a golden opportunity — not only to increase the diversity that it claims is so important, but to update a character who was created in a less sensitive time to one who makes sense in the 21st century, too. It chose not to take that opportunity — the easiest, most natural opportunity that Marvel Studios will likely ever have to recast one of its infinite stock of white male heroes as someone else. It chose to perpetuate the problem, instead of helping to fix it.

So don't feel bad for Marvel and its "impossible choice". There was very clearly a right choice here, and Marvel didn't make it. Be upset. Let them know. And don't let them forget it.