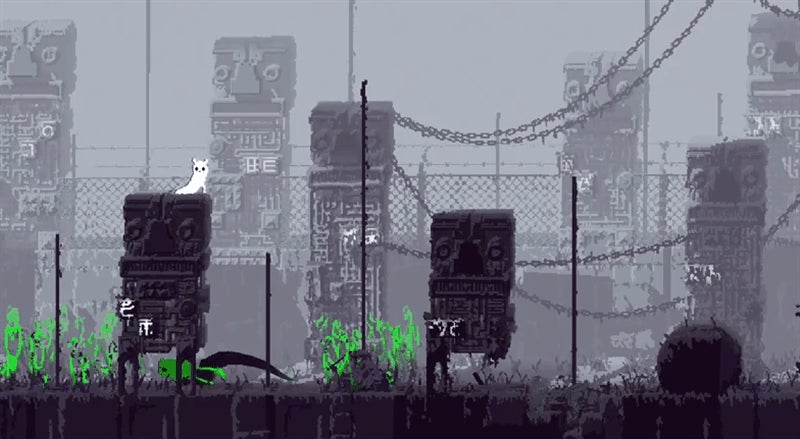 Video: We last checked in on Rain World a little over a year ago, with its nifty platforming and cute little Slugcat star. Yesterday at E3, half of the game's two-man dev team showed off the progress they have made since then.