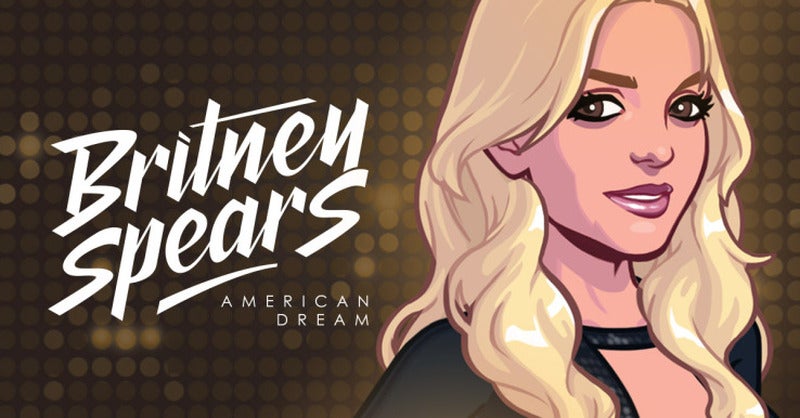 I liked the game, I think Kim K works really hard at what is admittedly a weird and stupid job, and Glu are mobile developers that really know what they're doing. But there's something about their effort starring Britney Spears that makes me feel incredibly gross.

As detailed in a very thorough article in the New York Times this May, Britney Spears has lived under a conservatorship for the last eight years that leaves her father in charge of her career and finances. So I suppose I should say, Glu has "teamed up" with "Britney Spears." The resultant app is called Britney Spears: American Dream, a title so ironic I'm not sure it wasn't intentional.

If you're too young to remember: eight years ago Britney Spears had a worrying mental breakdown which, at the time, we all thought was very funny. We tend to do that — we thought it was funny to call Amy Winehouse an alcoholic and a drug addict and then she died.

We think it's funny to make fun of Courtney Love, a woman who has never really recovered from childhood trauma and her husband's suicide. These are all women with problems, yes, women who are messes and trainwrecks and who are even wrong or mean or fucked up. These are women we don't want to be friends with.

But we think their pain is funny. And when America's Sweetheart, Britney Spears, shaved her head we thought it was very very funny.

But Britney, at least, seems to be doing a lot better. She has a show in Vegas and has had somewhat of a career resurgence. Her new singles are, sometimes, bops! But it is unlikely she will ever have control over her own life. Britney Spears was a young woman who had exploded into international fame at 16. She was a woman who, at a certain point, couldn't handle that any more.

And now she is a mother and a performer and she will likely answer to her father until she dies. Which, maybe that's working for her. That is fine. But it makes this game tricky. 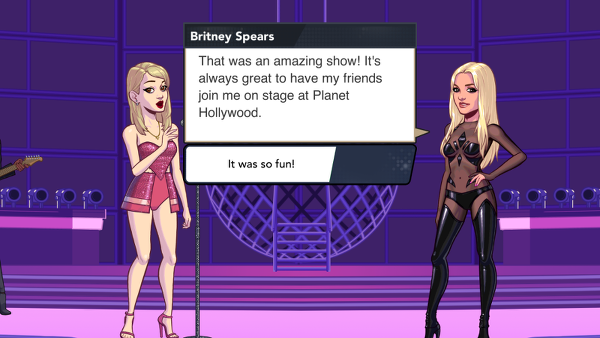 Britney Spears's father makes no appearances in Britney Spears: American Dream. The game presents Britney as a free, bright, personable young woman, the kind who will personally mentor a young musician she meets at a coffee shop. There are parts of the game that are fun and funny. Being that Britney is ostensibly a musician, you as a player are responsible for recording singles, and not only can you randomly select genres from a pre-set list (how about some Dark Honky Tonk?), you get to name them and make the cover art. Memorably, an acquaintance of mine was once trying to top "Honk Yo Donkos." 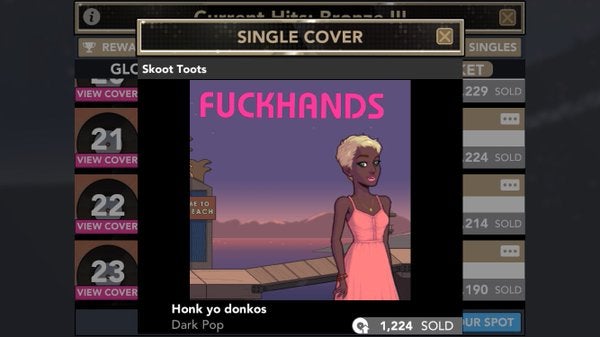 But the rest of the game feels like a sad mirror of Britney's life. Could she ever have been a woman that could handle the impossible task of being that famous? Was she ever this spritely, this kind, this hopeful, this encouraging? We don't know, we will never know.

All we have is this game, now, presenting her story as the American Dream. I play this game and feel dirty. It's because the only outlet free from supervision Britney Spears has in our world is her Instagram account.