Vote For The Best Toys Of The Year 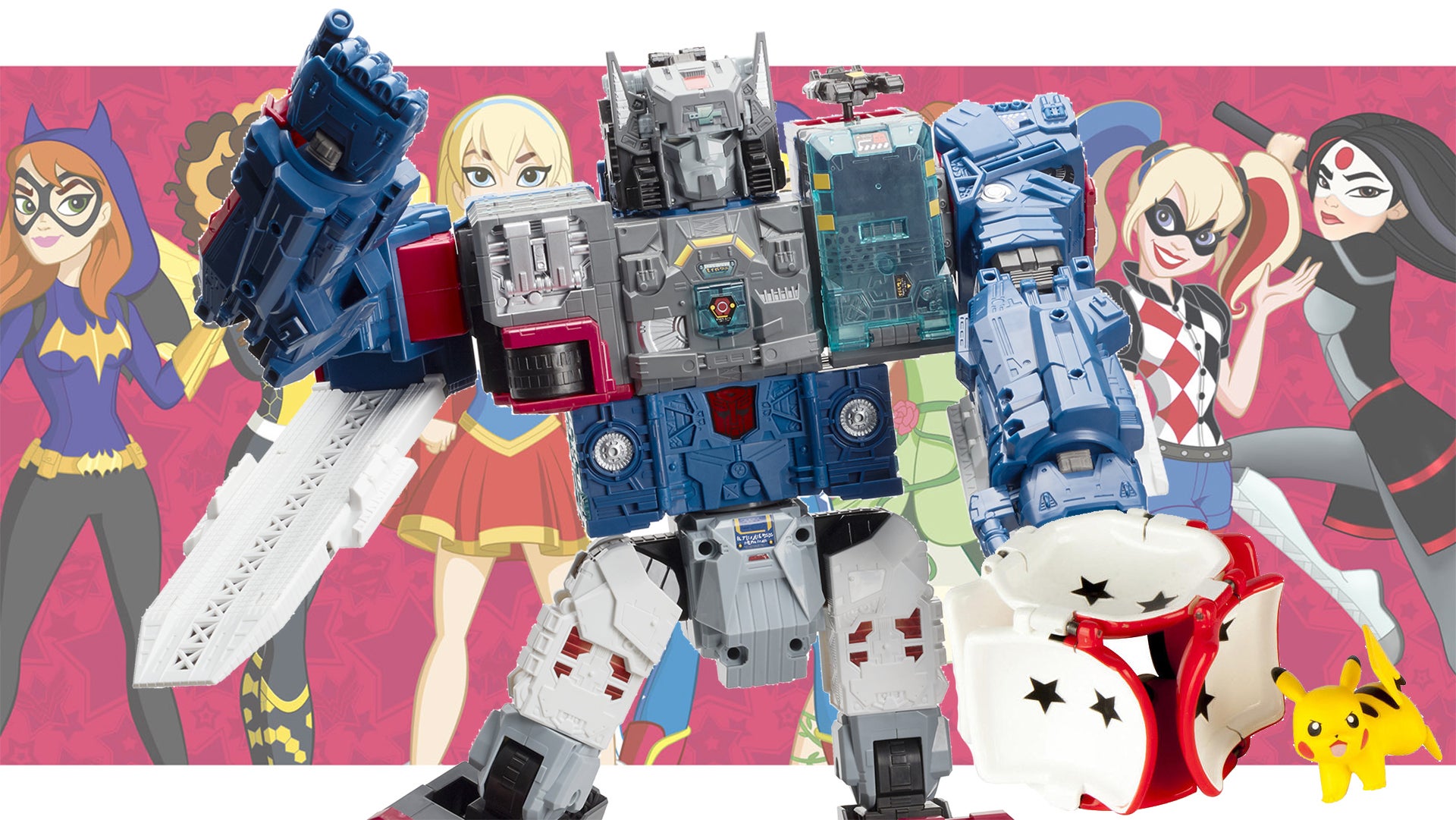 DC Super Hero Girls versus Pokemon. Funko Pop! vinyls versus LEGO Disney minifigures. Fossil Hunter Lottie versus Fortress Maximus. We've got some tough choices to make to determine the winners of the Toy Industry Association's 2017 Toy of the Year awards.

The TIA probably doesn't have a special group that just sits around playing with toys and games all year to come up with picks for its annual awards, but if it did I would volunteer. Instead, nominees this year were chose from more than 700 submissions from 250 different companies, from the largest toy empire to tiny independent operations.

As it turns out, I've already played with many of this year's nominees. In fact, in the list below I bolded anything I've purchased and/or played with over the past year.

Highlights of this year's nominees include Hasbro's remake of the biggest Transformer ever, Fortress Maximus, reborn for the Titans Return line; Anki's Cozmo, which is an actual robot friend for you to love forever; and DC's Super Hero Girls line, which brings together doll fans and comic fans in a whole new way.

Now it's up to store owners, toy media, TIA members and consumers to hit up the official website and vote for their favourites. Winners will be determined by popular vote and announced on Friday, 17 February 2017 at a ceremony held at the Intrepid Air and Space Museum in New York.

ACTIVITY TOY OF THE YEAR Arts and crafts, construction and other indoor toys that inspire creative play through various forms of activity

COLLECTIBLE OF THE YEAR Toys that compose a set; can include novelty playthings, miniature versions of existing lines, licensed collectibles, etc.

DOLL OF THE YEAR Toys that include plush, baby, toddler, and fashion dolls, and their play sets/accessories

GAME OF THE YEAR Children's board, card, electronic, or other physical game formats or puzzles (does not include video games or apps)

SPECIALTY OF THE YEAR Toys primarily distributed through specialty retailers

TECH TOY OF THE YEAR Physical toys that are electronic or interact with a smart-phone, tablet or gaming device

VEHICLE OF THE YEAR Toys that are powered or non-powered vehicles, and their play sets/accessories

Looking over the bolded entries, it's clear I need to get out more.