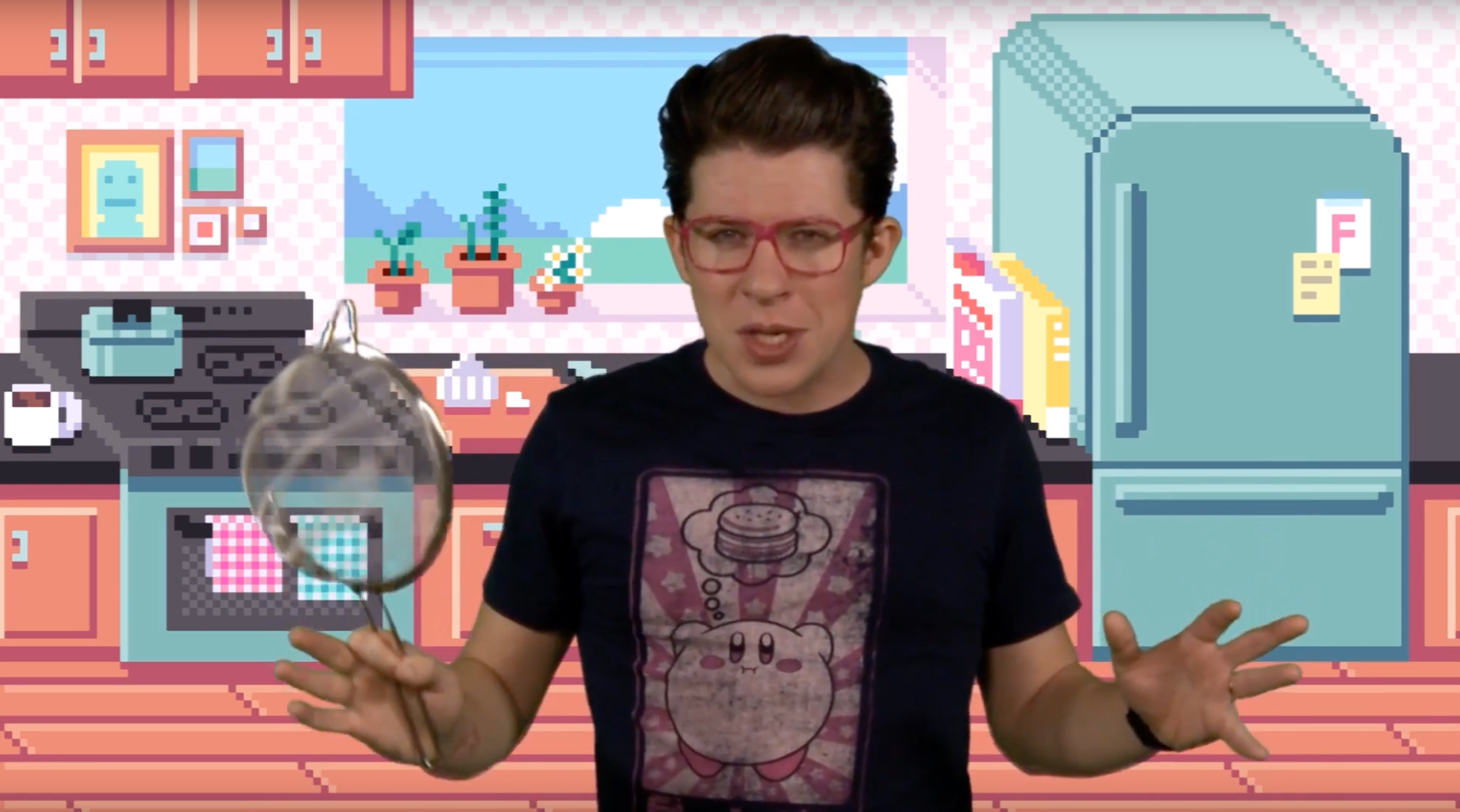 In 2014, it seemed like chef Justin Warner’s star couldn’t rise any higher. He was on Zagat’s 30 under 30, he had won season eight of Food Network Star, which would net him at least a pilot of his own cooking show, and he ran a successful restaurant, Do or Dine. By 2015, he’d lose both.


Warner’s path to Twitch Creative was hardly straightforward. He started out in restaurants as a waiter, later auditioning for an episode of Food Network reality television show 24 Hour Restaurant Battle in 2010. He was dating an actress at the time, and she had a habit of taking him to her casting calls.

“We went to the audition, and they were like, ‘Who’s gonna cook?’ and I was like, kind of half jokingly, ’cause we were kind of hungover, ‘I’ll cook,'” he told me. “They were like, ‘But you’re a career waiter…how is this gonna work?’ Anyway, we end up getting on the show, somehow, miraculously.”

Warner is still surprised that he won — he didn’t have any professional cooking experience at all. “I out-cooked a like, cook,” he told me. “So then my head gets really big and… I’m like, maybe I could get a group of dudes together to open a restaurant in Bed Stuy.”

Do or Dine established him as an unconventional chef in the New York food scene. He served comfort food with a twist: Fish and chips with a whole fried fish and a yuzu-shallot vinaigrette, nachos with masago sour cream, a foie gras doughnut. The New York Times review of his restaurant is glowing. “The whole scene sounds too ironic, too hipster-ish, too Brooklyn,” it reads. “Instead, it is charming… this is demented, and unaccountably delicious.”

It seemed like there was nowhere to go but up — he’d go on to win season eight of Food Network Star. But things began to stall. His restaurant closed, and Food Network passed on his pilot. “The prize that you win is that you get to have a show on Food Network,” he told me. “The problem with me is that I don’t exactly fit into the Sunday morning relaxed cooking demographic… The viewership demographic dropped by like 15 years when I was on,” he said. While that might not seem like a problem, for a television network that can reliably buy ads for a particular demographic, a sudden change can be disastrous. “You can’t just roll up to ad sales and be like, ‘Hey cool, we’ve got 50-year-olds that are gonna buy this non-stop, all the time, all night on Food Network, except for this half hour when that weird kid is on.'”

“I wanna teach people things, I wanna get people really amped, I wanna use weird ingredients. I want to have fun. I didn’t want to do anything watered down.” And indeed, when Warner is on camera, he comes off relaxed and casual, but also very knowledgeable, making complicated or scary ingredients seem normal and approachable. 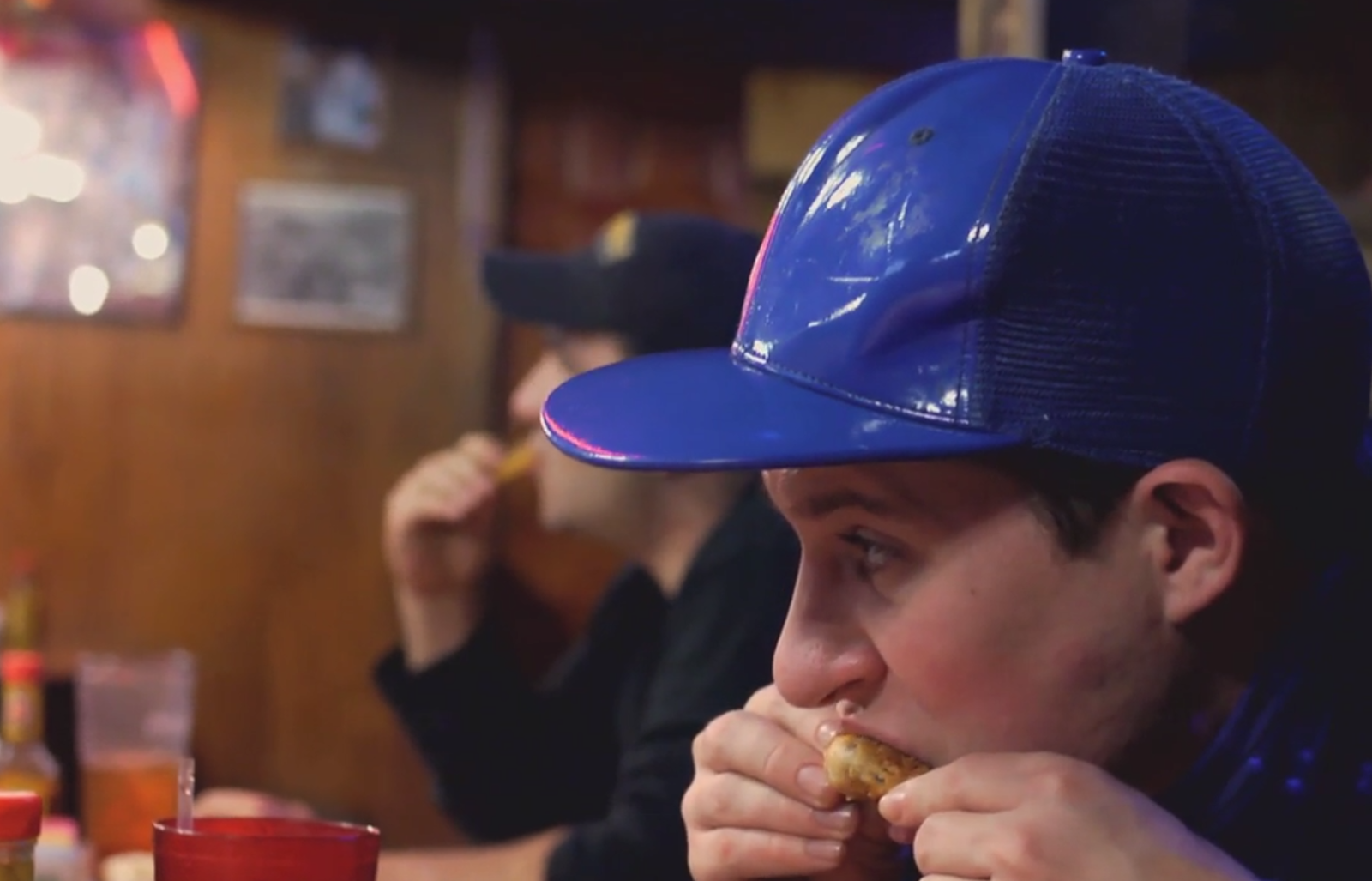 Here’s Justin chowing down on some frog legs. Yum!

And as for Do or Dine, “The restaurant stopped making money,” he told me. “The joy that we had experienced when we had first opened it was just not there. Hype is a weird thing. Our restaurant was very much like No Man’s Sky syndrome.”

He went on to write a cookbook, The Laws of Cooking: And How To Break Them, and it did well, and he has freelance television jobs as a judge on cooking competition shows, but he was at a loss for a daily gig. “I am a gamer, so I obviously know about Twitch,” he told me. “So I kinda just went down a couple wormholes one day with Twitch Creative. I was like, ‘Man! I think with just a little bit of TV finesse, we can really really do this. We can do this really well.'”

It’s hard to talk to Warner without falling into some kind of video game metaphor. He is an avid gamer, saying, “I mostly cook when I’m not playing games.” But his Twitch channel, Chef Shock, which airs a cooking show every weekday, isn’t a nerd themed show. While he’s dabbled in geeky food in his freelance work for Food Network, like making Splatoon-themed squid dishes, Chef Shock is meant to be an appreciation of cooking as a craft.

“We’re going to start with raw ingredients at the beginning, and we’re going to end up with food,” Warner told me of the concept for the show. “And if you look almost anywhere, you almost never see that. There’s always some other gimmick, or there’s always some other television effects.” He doesn’t pull out a fully made dish from a cabinet after he sticks what he’s prepped in the oven. His audience is going to be there from start to finish, and they will find out if his food is good at the same time he does. And that gives him room to interact with his audience and chat about his other obsession: Games. While cooking pasta he might ask, “Is anyone else a little bummed that Sombra didn’t come out today?” Yeah, Justin. We were all really bummed about that every day.

Chef Shock is not like most cooking shows. His set is his actual Bed Stuy apartment’s kitchen, which is overstuffed with cooking gadgets and adorned with his own gaming plushies and figurines. 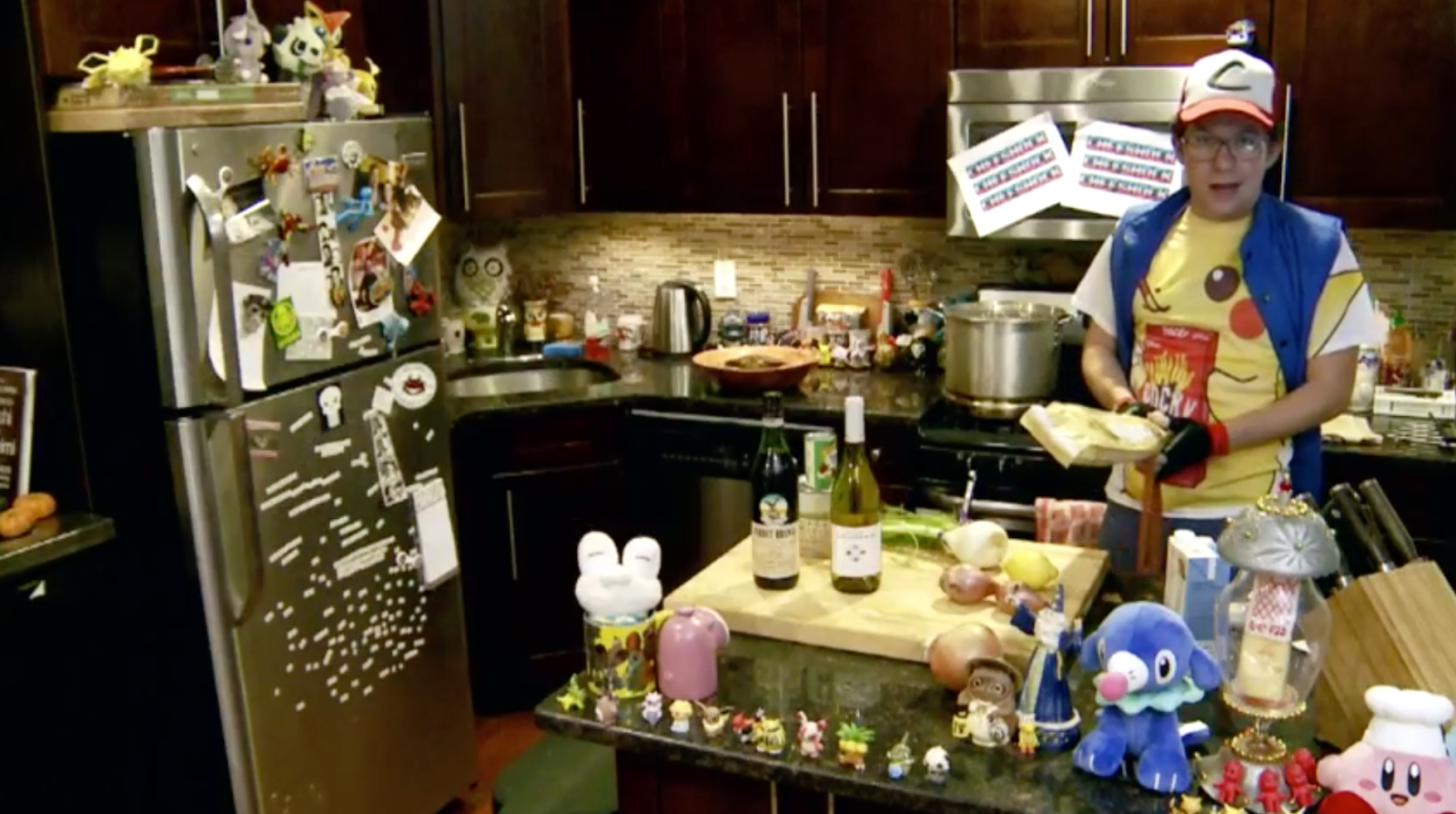 Warner comes off as a confident chef, but also as someone who is willing to mess up on camera or to improvise. In his Linguine with Clams episode, while he’s cracking eggs for his homemade pasta, he accidentally breaks the one he wasn’t intending to use. “Hey, that’s never happened before,” he said, pointing at it. But it doesn’t feel like a disaster — just one of the hurdles of cooking. If you’re not an experienced cook, it makes tackling harder dishes feel less intimidating.

Warner wasn’t expecting to grab an audience so quickly — Chef Shock’s first season was only two weeks long, but each night there can be upward of two or three thousand viewers in the stream. It is by far the most successful cooking show on Twitch Creative, as most only net a hundred viewers or less.

“One thing that gets people right off the bat is that I decorated my set with my actual stuff,” he said. “I think when someone is coming from a largely gaming medium and they see someone doing something other than gaming, they’re like, ‘What is this? Why is he here?’ and then they’re like, ‘Hey is that Reaper and Soldier 76 guarding a squash?'” Indeed, he has a plush Boo and a Reaper figurine sitting on top of his microwave, keeping watch as he shows off his knifework.

He likes cooking on Twitch because of the immediacy of the feedback from his audience. Any time Warner brings out Salt Pig, chat spams the salt emote and more often than not asks for a close-up on it. “I break out the VIP spoon and everybody’s like, ‘Yay, the VIP spoon!'” he said.

“What I love about food is like, food brings people together,” Warner said. “With Twitch i’m bringing so many people together and… just celebrating the glory that is like, hey, great cooking, hanging out and chef’n and jivin’, you know?”

And indeed, his audience will share with him the meals they have made according to his recipes, sometimes cooking along with him.

Trying a slow cooker pot roast recipe that I saw @EatFellowHumans do on his show. Carrots and onions are on the bottom. pic.twitter.com/LN8AJo3Bs3

Fuck @EatFellowHumans cioppino recipe is almost as delicious as mine is (Kappa) pic.twitter.com/Nb4sIm3A5x

Chef Shock is on hiatus while Warner is on holiday in Japan, but will return for a second season starting December 15.