The first two Cook, Serve, Delicious games cast players as the head chef and principle operator of small restaurants, cooking and managing their way to foodie fame. Announced today for Xbox One, PlayStation 4, Nintendo Switch, and PC, Cook, Serve, Delicious 3 sends players on a journey across war-torn America in a food truck with a trusty robot crew. Gotta love a sequel that switches things up.

Like its predecessors, Cook, Serve, Delicious 3 is all about cooking beautiful food in high-stress situations, but the structure and flow of the game have changed. Instead of working in a restaurant from open to close, players are tasked with completing a set number of dishes at each food truck stop as they compete in the Iron Cook National Food Truck Championships.

According to series creator David Galindo in the game’s announcement, the new venue means stripping away many of the series’ supplementary mechanics, like doing chores and creating side dishes. Basically, it’s the management systems of the first game and the gameplay mechanics of the second with an all-new story-based campaign.

The chef’s robot protectors, Whisk and Cleaver, are fully voiced, adding personality and humour to the cooking of gorgeous foodstuffs. They’ll also help defend against enemy food trucks on the way to the nation’s new capital of Nashville, Tennesee. 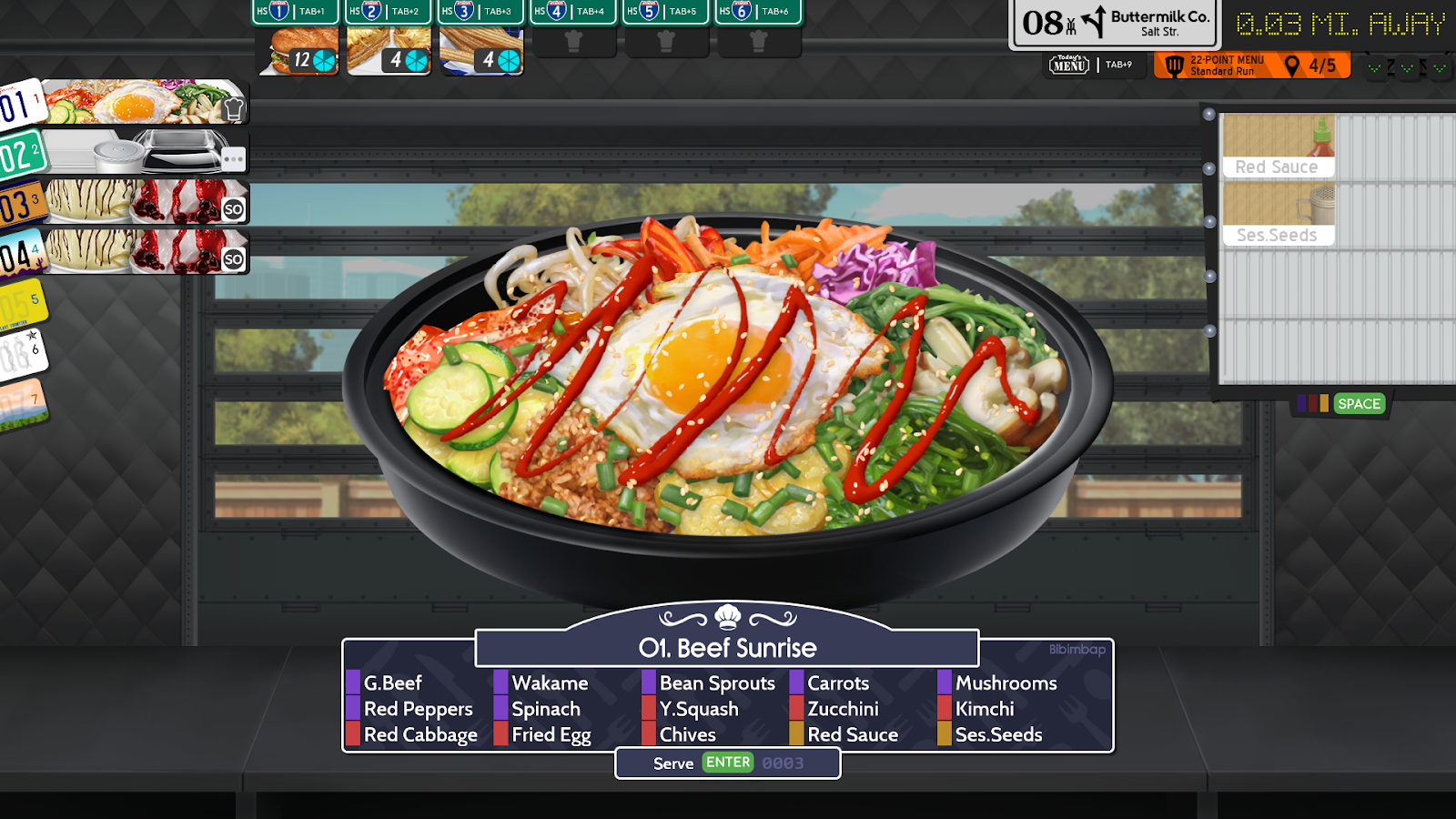 Cook, Serve, Delicious 3 is launching on Steam Early Access in January, with a full release planned on PC and consoles later in 2020.