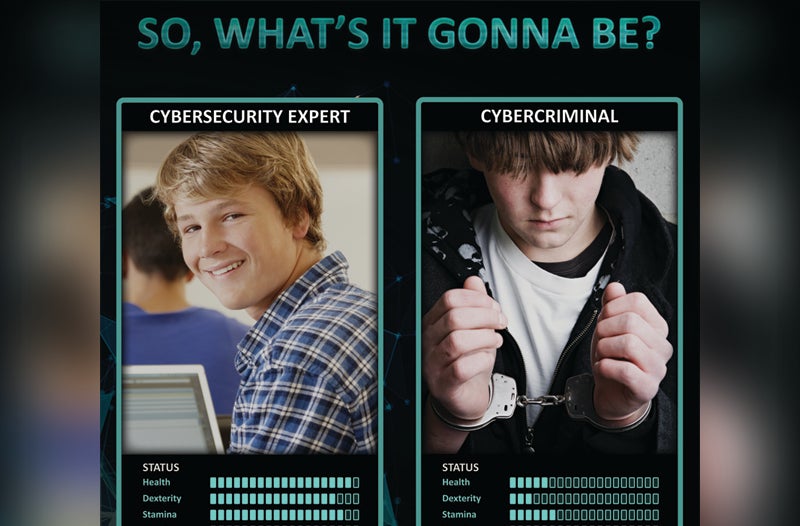 This week, the FBI teamed up with Europol to launch a public prevention campaign designed to “raise awareness of the risk of young adults getting involved in cybercrime”. In service of that mission, the law enforcement agencies representing some of the world’s most powerful nations somehow came up with this.

If the FBI’s very official-looking graphic is to be believed, hackers have significantly worse health, dexterity, stamina and happiness stats than their upstanding cybersecurity peers. Worse yet, they have far fewer “CASH TOTAL” points: A dismal one to the IT expert’s eight.

“So what’s it gonna be?” asks the FBI. A life with “many careers and professional opportunities”, or one filled spooky 8-bit skulls and prison sentences with “no access to the internet”.

Luckily, the FBI and Europol have more than a single graphic seemingly inspired by Tony Hawk’s Pro Skater to spread their message. They also made a gif.

Launching #ddosattacks is illegal, even if you do it to boot out a video game enemy. Penalties can be severe. Think twice, it is #up2u! pic.twitter.com/y3DoieqG7N

“The teenagers that become involved in cybercrime often have a skill set that could be put to a positive use,” said Europol in a press release. If that skill set includes graphic design, maybe they can help out with the next campaign.