8 Classic Games Actually Worth Playing On Your Phone

Having lugged around those gigantic 21″ CRTs to LANs as a kid, the concept of being able to carry fully-fledged PC games like Duke Nukem and XCOM in my pocket would have blown my mind. But while they’re some of the most recognisable games, there are plenty of other classics from all platforms you can grab on iOS and Android right now – and you don’t have to deal with a compromised experience or dodgy controls either.

Dungeon crawlers have come a long way on mobiles, and you might be surprised by just how wholesome the experiences are. Case in point: Titan Quest. A decent Diablo clone built around the time and setting of ancient Greece and Egypt, DotEmu ported the game to iOS and Android just over a year ago.

It’s the full Titan Quest experience, too. While you’ll be able to notice some differences in texture quality, lighting effects, anti-aliasing and naturally the UI, you’re getting all the content that Iron Lore delivered back in 2006. For $12 on Android or $13 on iOS, you get a campaign spanning around 60 hours, no ads or in-app purchases, scalable difficulty levels and an open world that’s big enough to eat up any daily commute. It would be remiss to talk about classics and not include the solid port of Chrono Trigger, which Square Enix brought over to iOS in 2015 and Android in March. It’s still one of the best JRPGs ever made, still inspiring RPGs to this day. 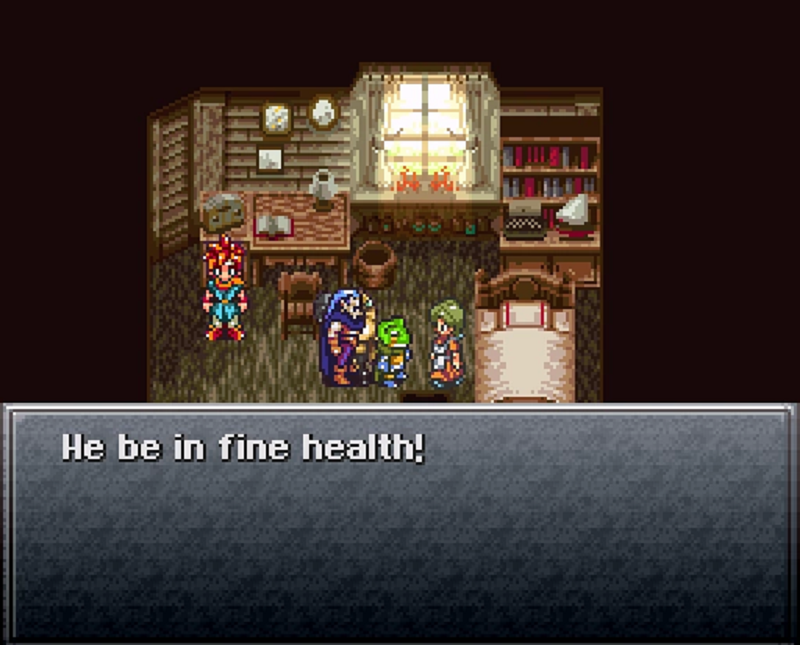 You can get Myst on mobiles as well, but the sequel Riven is a harder and more interesting game. It’s available on iOS for $5.99 through Cyan themselves (the developers of the originals, and more recently Obduction), whereas Noodlecake Studios handled Riven‘s Android port.

Either way, $6 or less isn’t a bad deal to get the follow-up to one of the most iconic puzzlers of the early PC era. Riven‘s pace should dovetail nicely with the daily commute as well, although getting frustrated at 90’s game designer logic might not be the most optimal way to start, say, a Monday. You can grab the original or the sequel on mobiles these days, although I always found one playthrough with Dirk the Daring was enough for me.

Nonetheless, it’s fascinating that you can enjoy a laserdisc game with a HD coat of paint on your smartphone. Keep in mind this isn’t the side-scrolling nightmare that was the NES game, although some people might find the endless string of QTEs just as frustrating. That said, it’s a great piece of gaming history for $8 and under. Another port courtesy of DotEmu, The Last Express is a classic adventure from the 90’s about a tale of romance, action and intrigue that unfolds on the final journey of the Orient Express. The Last Express was different in that it had a non-linear story, going against the grain for point-and-click games of that era. Mechner also used rotoscoping to help recreate the art noveau look from the time period that the game was set in, a fairly uncommon technique for game development. (Some of the bluescreen shots were uploaded to Steam a few years ago, and they’re well worth a look.)

The Last Express is available on iOS for $8 or $7.50 on Android. It’s best played on larger size screens, such as tablets, although the game is compatible with standard-sized smartphones.

You can play it with a controller if you want, but Max Payne runs just fine with touch controls. And while the graphics will remind you of just how dated Max Payne has become – it’s been a while since the lobby scene was a staple of PC benchmarking – Rockstar’s mobile port has left the gameplay intact.

Mid-range phones are more powerful than your average desktop PC when Max Payne first released as well. You’ll want to check the compatibility list if you’re playing on Android. But if you’re on iOS, or your Android phone is in the clear, then you can enjoy one of the PC’s most iconic action shooters for a measly $4.49.

“Classic” might be a bit of a stretch for BC Racers, which was a passable (but not amazing) prehistoric-themed arcade racer. Released by the same studio who would go on to do the original Tomb Raider games, BC Racers was published in 1994 on the Sega CD, only to be released as freeware on the PC a year later. And it’s that port that you can get on Android (an iOS port sadly isn’t available).

The entertainment in BC Racers was the difficulty, and the characters involved. It’s basically a racer where you sock other racers in the face as you drive past them, sometimes with a stone tablet and other times with a straight palm to the face. It’s a cute piece of gaming history, and one that most people don’t know made it over to mobiles.

A game from around the same time period that received much more acclaim was The 7th Guest, a point-and-click adventure helped up as one of the better remnants of the FMV era. I still prefer Christopher Walken’s turn in The Ripper. But if you’re looking for some light entertainment, the silliness of Henry Faust’s mansion isn’t a bad alternative.

A remastered version of 7th Guest was released on Android last year for $7.69, while Trilobyte handled the iOS version. It’s an entertaining window into those early years of the CD era of gaming, and hopefully before too long we’ll see some of the better FMV games (Zork Nemesis, Ripper, or even something like Night Trap) brought over as well.

Those are some classics from PCs and consoles that you can get on your phones right now, some of which you might have heard of, and others you might have forgotten about. What iconic games would you have loved to have in your pocket back in the day?