Persona 5 is a game entirely about making friends with magic teens and well-meaning (well, mostly) adults. Yet not all friends are created equal. 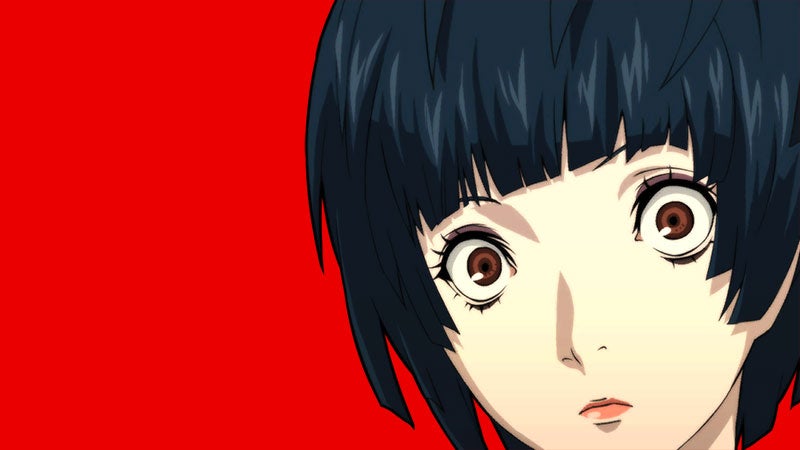 Most of the women available for romance in Persona 5 are your fellow high school students. But not all of them.

In Persona 5, certain important figures are known as "Confidants". These are the characters who you're able to become close to — or at least form strong bonds with — and who over the course of the game will both aid you in battle (either directly or indirectly) and spend time with you revealing their personal story.

As we've talked about, there are so many confidants in Persona 5, and so little time to spend with them all, that only the most dedicated (or those adhering closest to FAQs) will be able to max them all out to their fullest potential.

For the rest of us, we're left with a game full of choices: Given your limited time over the course of one year, which confidants will you choose to spend your free days with?

Let me help you. You should hang out with these ones. I am not judging these on any single set of criteria; some will be useful for their perks, others are just cool and fun kids to hang out with. I'm also excluding the ones you can't hang out with, and whose Confidant rank increases through story progression, not days spent fishing and shopping for books.

1. Makoto: I would give my life for Makoto and her supernatural motorcycle.

3. Yusuke: Ah, if only Atlus had been brave enough to let us romance Yusuke, a delicate and alien flower who only the kindest and most understanding heart could guide through Tokyo's concrete jungle.

4. Hifumi: An imperious Shogi goddess, Hifumi is a better-dressed Makoto, only with a penchant for military strategy over leathers and fists. I wished with every passing day that Hifumi went to my school instead of Ryuji.

5. Futaba: You would not expect a video game about kids saving the world through turn-based combat to be a shining example of the depiction of anxiety in popular culture, but here we are. Futaba's emergence from recluse to vital member of the Phantom Thieves is illustrated beautifully through her relationship with the Protagonist.

6. Kawakami: At the beginning of the game this scruffy, gutless teacher seems a waste of your precious time. But stick with her, because not only does she provide some very useful perks later down the line, but the conclusion of her story — provided you don't try and date her — is one of the sweetest in the game.

7. Sojiro: Sojiro's transformation from "grumpy arsehole" to "Curry Dad" takes almost the length of the game, and it happens so gradually you barely notice it. It's a cute representation of your own progress through the game, and some of his abilities are useful, especially at the beginning and end of your story.

8. Iwai: It can take a long time to get to know Iwai, the grumpy gun shop owner, thanks to an insane social skills bottleneck imposed on him early in the game. Get past it though and you can start to hang out and do some work. The whole Yakuza thing is very overplayed, but it's hard not to like the guy. He means well and works hard, and adds a little grit to a cast that is 90 per cent Pencil-Thin Teens.

9. Ann: There are two Anns in Persona 5. One is hostile to those around her and haunted by her role in a school scandal. The other is a teen model struggling to come to terms with her passion (and who serves as a focal point for pervy anime cutscenes). Either could have made for an interesting character had Atlus stuck with one and pursued it, but the game seems to have written both Anns in isolation, and neither fleshes them out nor manages to bring them together. A damn shame, because her character design is amazing.

10. Shinya: Shinya is a whiny little snot who is tough to like, but his gun powers are cool, so there's that.

11. Haru: Much like Persona 5 itself lingers one Palace too long, it also adds an extra party member towards the end where no more were needed. Haru's story may be tragic, but there is absolutely nothing compelling about her personality or tale unless you are really into knitwear.

12. Chihaya: A hippy fortune-teller, at first Chihaya seems a bit of a sap. And her best power, the ability to enhance the amount of social skills you earn for completing a certain task, are available to anyone, not just those progressing down her Confidant ranks. But still, she's a nice kid.

13. Yoshida: I see why he's here. The game is so critical of modern politics that it needed some kind of redemptive tale to stop it slipping into some kind of nihilistic wasteland. But with useless charm boosts (you can get them easier elsewhere) and the fact he's a fat old dude who talks politics, there's not much compelling you, a magical high school teen, to spend time with Yoshida.

14. Mishima: Do not spend time with this dork unless you absolutely have to.

15. Ohya: Ohya is a bad person and an even worse journalist. Of all the characters I would want to go drinking with in this game, she is bottom of the list.

16. Ryuji: Get the fuck out of here, Ryuji. Everything you touch turns to ash.