A Game About Geckos Battling Each Other With Vomit 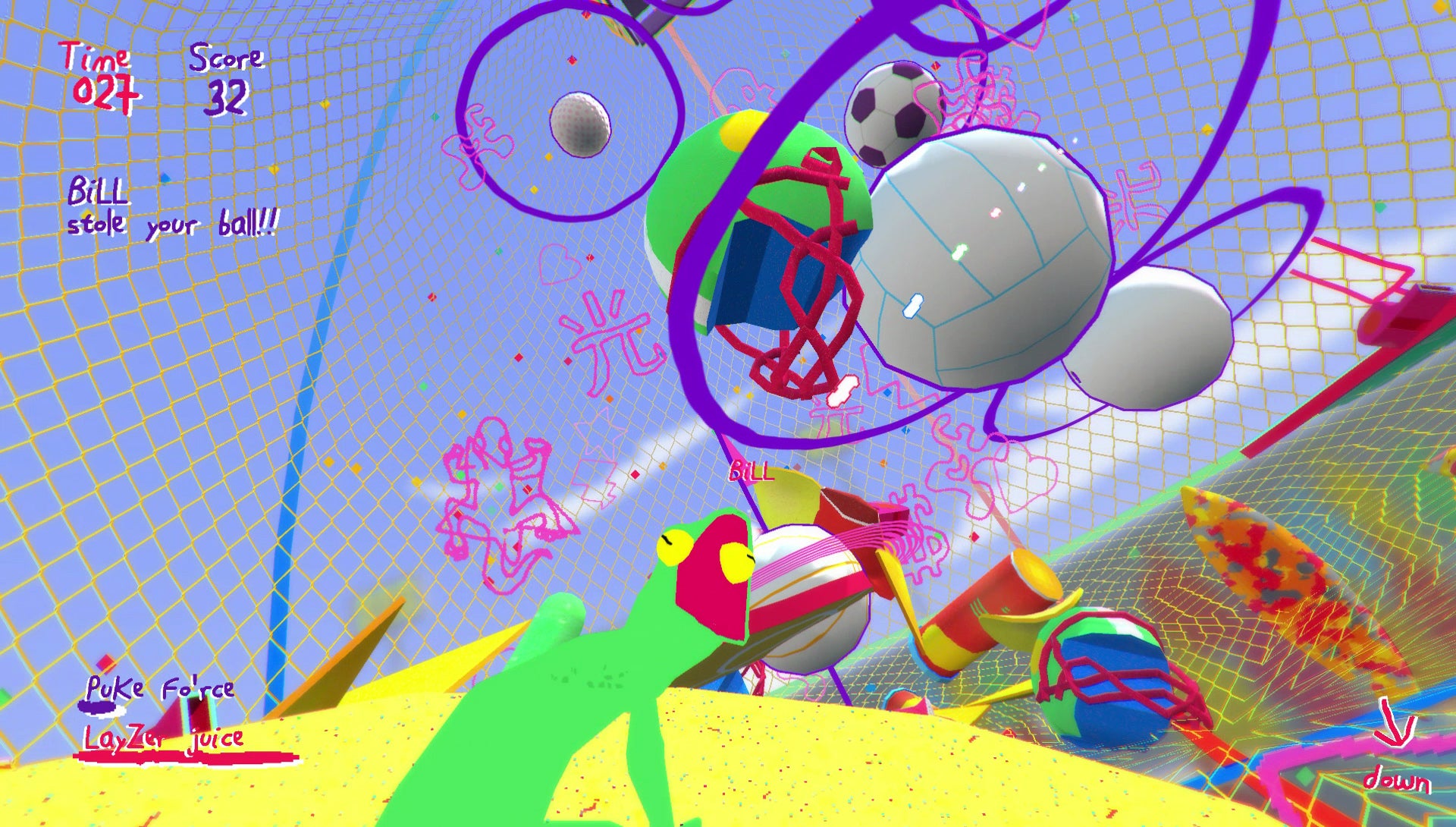 Gecko Ridemption, a game about the very real struggles geckos face in captivity, is not entirely "good" in the traditional sense. But it's extremely good in many others.

Published by Adult Swim, it's a 1v1 gecko combat point capture sports game... I think? Yeah! Sure! Basically, though, you and your opponent are both geckos, and you can stick to pretty much any surface. You climb up, down and all around in an effort to capture tiny sports ball planets, which add to your total score. After a couple of minutes, one of you is declared the winner. The other is declared dead, which is kinda sad, but that's probably just how it goes for geckos, unless it completely isn't.

Oh, by the by, you reach said planets by vomiting out assorted food items, which stick together, forming extremely lumpy (and probably acidic) sky bridges. Also, your gecko is capable of charging and firing a continuous laser beam from its mouth that will bust up your opponent's freshly de-masticated constructions — as well as your opponent.

Coupled with the fact that you spend half your time sideways or upside-down, it makes for an extremely disorienting experience. The game doesn't control super well, either, and the colour palette seems to have, itself, been vomited up by a gecko who recently consumed a box of coloured highlighters. It might hurt your eyes a little, is what I'm saying. But the game is really weird and very fun, if you just take it on its own terms and let yourself laugh a lot. Oh, and it's free. The question, then, is the same as the one that I imagine led to Gecko Ridemption's conception: Why not?

You can play it on Adult Swim's site or Itch.io.