Battlegrounds Player Gets Flung Across Island By Glitch, Wins Match 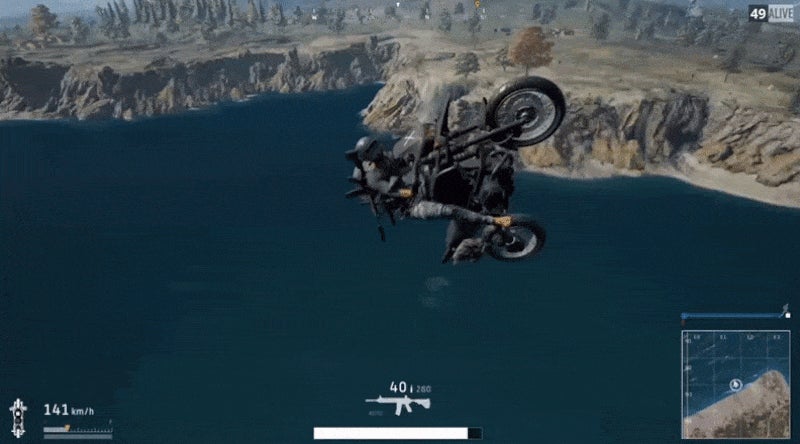 Years from now, historians will argue over whether this was a jump — constrained, as jumps are, by the laws of physics — or something else entirely.

During a recent PlayerUnknown's Battlegrounds match, player Nillaaa decided to hop on a motorbike so as to get back to the main zone quickly. Then he drove over a hill, and some ancient demon in the game's code finally shattered the bonds constraining it. That's the only logical explanation for the fact that this happened:

The good news: After teleporting from north to south island, he stuck the landing. The bad news: The devil-jump warped Nillaaa to a spot near the bridge, which is usually overrun with vicious campers. However, despite being rattled by the sheer strangeness of his near-death experience, he managed to pick off a dude, grab a car, and speed to safety.

He went on to survive a handful of harrowingly up-close skirmishes, kill 10 people, and win the match. In any given game of PUBG, most players wouldn't have survived the bike ride outside space-time or any of those individual encounters, let alone all of them.

Already, artists such as Redditor Eunai have taken to immortalising Nillaaa's feat:

Those historians I mentioned earlier? Yeah, they're gonna be really confused.