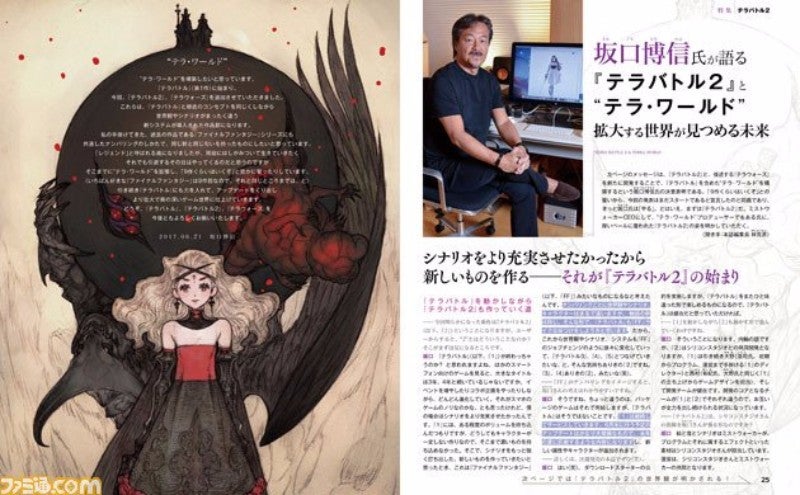 Sakaguchi discusses the sequel in the upcoming issue of Famitsu, which won't be officially published until later this week. Reportedly, Sakaguchi said that he's created a larger "Terra World" brand, enabling different entries in the series to co-exist as individual titles like in Final Fantasy.

According to Hachima, Terra Battle 2 is slated for a 2017 release on PC, iOS and Android. The game is free-to-play with in-game purchases. No word yet on an international release.