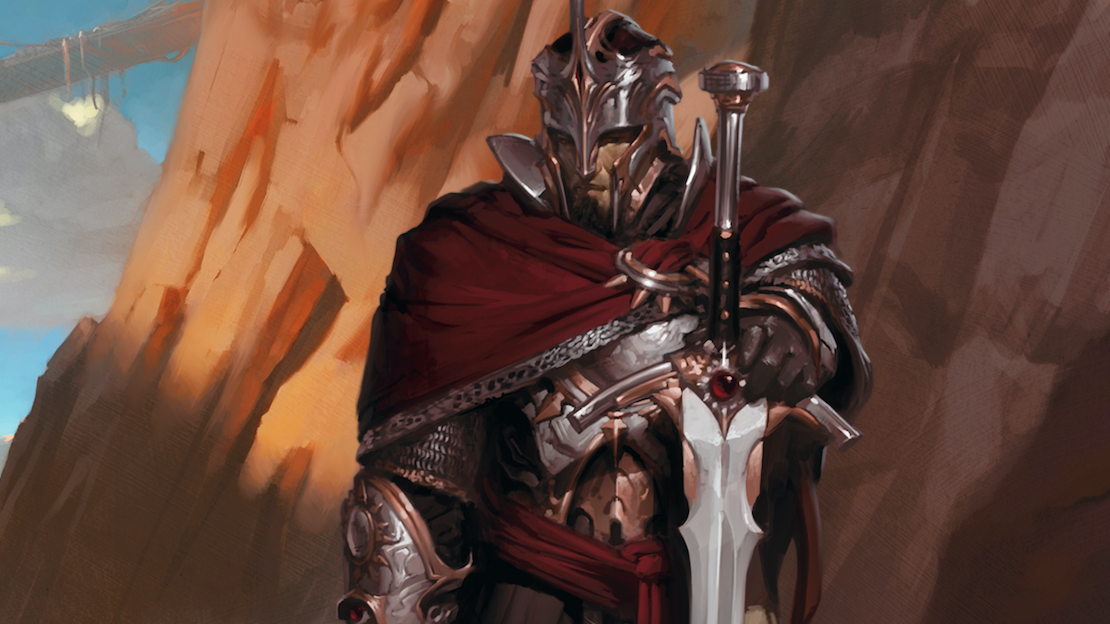 Enter the tavern. Bite the plot hook. Go on your righteous journey. Kill the monsters. Fight the boss. Free the town. Rinse, repeat, and rejoice in those experience points. There you have it: the life of a lawful good Dungeons & Dragons character.

This article was originally published in July 2017 and has since been updated.

Let's face it. "Lawful good" in D&D is shorthand for "obedient and boring." Our hero is an upright, honourable knight who slays dragons or pious cleric of the Good God of Justice, Bahamut. When there's evil, he must fight it, uncritically, like a wind-up automaton in shining armour. He never lies. He never cheats. And he never says bad things about his mother or forgets to wash his hands before eating.

It makes me want to vomit.

In role-playing scenarios, the lawful good hero might as well repeat verbatim canned lines scraped from 1950s superhero movies until either the adventure runs its course or somebody accidentally lights him on fire. There is no more two-dimensional personality than "likes good things, hates bad things."

So after over half a decade of encountering almost exclusively lame lawful good D&D characters (sorry, friends), I wanted to find out whether it's possible to play the blandest of alignments in a way that is dynamic, unpredictable or, at the very least, tolerable. The trick, it turns out, is to give your good guy some great flaws.

In the latest edition of the Player's Handbook, alignment is described as "the moral compass that guides" a character's decisions. Lawful good creatures, reads the handbook, "can be counted on to do the right thing as expected by society." There is a dichotomy in D&D between altruism and a complete disregard for life — good versus evil.

And unlike neutral good or chaotic good alignments, lawful good heroes are required by some moral code or oath to vanquish bad things and empower good ones. A lawful evil character, for example, will "methodically take what they want, within the limits of a code of tradition, loyalty, or order."

To make a coherent ruleset, this type of cookie-cutter morality is necessary. Say your character is Arthur Gallant, a lawful good Paladin. If there's a damsel in distress in yonder room separated by a guard and a door, Arthur likely will attempt to reason with the guard — because society says killing is bad — before doing whatever it takes to rescue the woman. Differently-aligned heroes might say, Well, whatever, I don't know that woman, time to go practice some hymns; or simply kill the guard without thinking twice. "Being lawful good means treating your enemies better than your enemies treat you, and inflicting harm only as a last resort," said Chris Perkins, a game designer and Dungeon Master who works on D&D at Wizards of the Coast. Perkins is familiar with the stigma against our friend Arthur, he said, and characterises the worst-case archetypical lawful good hero as "narrow-minded, uptight, and oh, so serious — like some cardboard do-gooder from a 1950s action serial."

It's a lack of creativity that locks lawful good characters into that stereotype. Adhering to fantasy norms like medieval knights or Amazonian warriors hurts more than it helps, even if it's the path of least resistance.

Look outside Lord of the Rings or The Princess Bride or Conan for inspiration — lawful good exists in sci-fi (Star Trek's Captain Jean Luc Picard), video games (Overwatch's Mercy) and daily life (the recently-deceased Portland hero who stood up against a bigot harassing a Muslim girl).

"Identifying with a character on some level (even if it's to identify that they have opposite reactions to yourself) is often one of the best ways to make them relatable to others in turn."

"There are plenty of kickass lawful good figures in pop culture who don't fit the 'white hat' stereotype," Perkins said, name-checking Batman, Indiana Jones, The Dark Tower's Roland Deschain and Wonder Woman. "Being lawful good means treating your enemies better than your enemies treat you, and inflicting harm only as a last resort."

"If that seems too nice to be cool, don't forget that a lawful good character can be twisted into any shape, be it a psychologically damaged night prowler, a rogue in archaeologist's clothing, a murder hobo hardened by the cruelty of existence, and a god living among men."

The characters Perkins brings up each have different moral codes, but dedication and altruism are the two common throughlines. So, when you're looking to play a lawful good cleric, be more choosy about their flavour: Do they have a fraught relationship with their god? Did their god's fanbase exile them because of their interpretation of some tome? Are they constantly martyring themselves and thereby inconveniencing their party-members by hogging all the potions?

What makes these fictional characters three-dimensional are not their ideals, but their flaws. Think of moments in your life when you were a do-gooder. Probably, you weren't unthinkingly altruistic. The stuff of life makes always being charitable very difficult. Focus on what those difficulties are. Is lawful good Arthur obsessed with hygiene and can't handle dungeons? Does he have a weakness for fine dining and often eats until he's sick? Does some deviant behaviour inspire his perhaps over-eager worship of a lawful good god?

Be flexible. Lawful stick-up-your-butt is no fun to play and less fun to play with. "Lawful" is an alignment, not a mandate to be an unyielding goody-two-shoes. 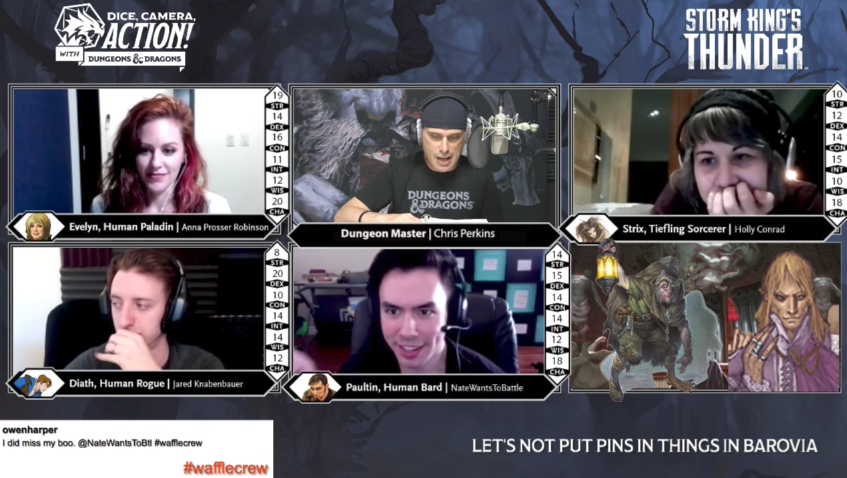 Performing artist Anna Prosser Robinson plays the human Paladin Evelyn on the D&D show Dice, Camera, Action. Evelyn is devoted to Lathander, the Morning Lord, who blesses fertility ceremonies and stands for renewal and youth. Lathander has a whole mythos (thankfully for lawful good characters, D&D has lots of lore for inspiration) in which he loves Chauntea, the goddess of the agriculture, and despises the Cult of the Dragon, an evil organisation founded by a necromancy-worshipping wizard.

Robinson's interpretation of her character's religion comes from her belief that commitment to a god should be treated like a relationship. "Relationships are almost always complicated," Robinson said over email, "whether with other people or with ideals, and complexity is what truly brings great, three-dimensional characters to life."

"Sometimes, thinking in terms of relationships can also help a player identify with a character they might not otherwise have much in common with," Prosser said. "Identifying with a character on some level (even if it's to identify that they have opposite reactions to yourself) is often one of the best ways to make them relatable to others in turn."

On Dice, Camera, Action, Evelyn has unwavering faith. But what that faith means for her is something fluid. Sometimes, Robinson said, Evelyn has doubts about herself, wondering whether Lathander is the only being who could love her. Perhaps no human ever could.

"The dichotomy between such a pitiable earthly loneliness and an outward disposition that is incorrigibly sunny has been heart-rending and thrilling to play with," Robinson said. 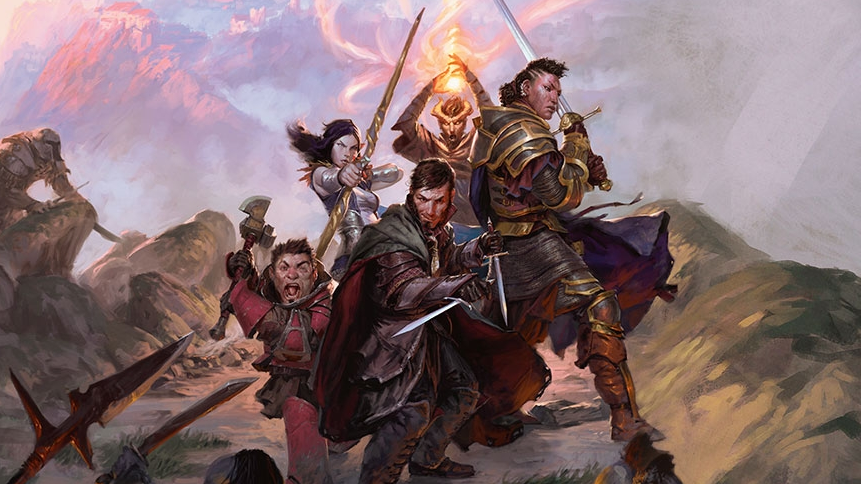 The best thing is to show, not just tell, that dichotomy. More interesting than a brief and self-effacing confession at a tavern is a long, rewarding narrative arc full of back-and-forth with an adventure's world or NPCs. Let your lawful good character's struggle for perfection play out in actions, slowly, over time.

Nobody in real life is going to come up to you and lay out all of their bonds, ideals and flaws. You will realise these things about them through extended interaction.

"The challenge is to find ways to share an internal monologue like that in a way that is genuine to the action of role-play," Robinson said. "I've found great success in adding things like letters she writes or songs she sings to the story, in order to give background without injecting personal declarations into dialogue where they might not yet be called for."

The quest to kill the boring '50s superhero stereotype of lawful good characters is daunting but, ultimately, rewarding. Despite the potential for major cheese, a martyr archetype can be pretty necessary to advance an adventure's plot.

When your poor Dungeon Master is tossing out plot hook after plot hook — help the helpless maiden! Cure the plague! Raid the nearby goblin den! — and more self-involved characters can't bother with strangers' plights, the lawful good character often bears the burden of convincing the party to play along. They're a necessary evil, but that evil doesn't have to be totally insufferable in its pursuit of good.