Nobody Can Find The Source Code For Icewind Dale 2 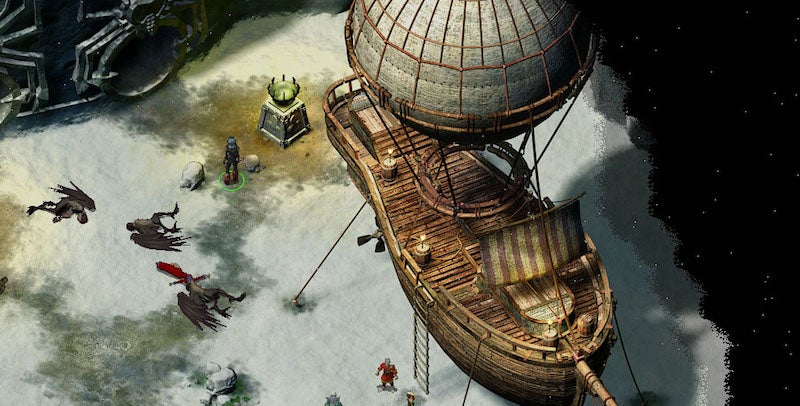 The people who make enhanced editions of old role-playing games such as Baldur's Gate and Planescape: Torment want to do the same thing for Icewind Dale 2. There's just one problem: Nobody knows where to find the code.

Beamdog, a Canadian publisher best known for releasing snazzy new versions of old Infinity Engine RPGs like the ones mentioned above, is looking to re-release Icewind Dale 2 with enhanced graphics and other improvements. But Beamdog's CEO, Trent Oster, says his team can't find the source code for Icewind Dale 2. Without that code, he says, they can't make any sort of enhanced edition of the game.

"We've searched all the archives we have access to, including all the data handed over to Wizards of the Coast from Atari and there is no source code for Icewind Dale 2," Oster told me in an email. "We've reached out to our friends at Obsidian, as many of them were the development staff behind Icewind Dale 2, and they do not have any source code. We're stalled on the project without source and the project won't move forward until we can find it. We've naturally moved on to other things until there is a change in the situation."

Icewind Dale 2, released in 2002, was the last game built with BioWare's iconic Infinity Engine, a set of code used primarily to make isometric RPGs. The game came out during a time of financial turbulence for its publisher, Interplay, which would go on to shut down the game's development studio, Black Isle, a year later in 2003. (Some of Black Isle's staff then left to found Obsidian Entertainment, which is now making its own Infinity Engine-inspired Pillars of Eternity games.)

Perhaps as a result of that turbulence — or confusion over who owns what — Icewind Dale 2 has simply disappeared. "Icewind Dale 2 was created by Interplay working off a customised version of the BioWare Infinity Engine," said Oster. "They took the Infinity Engine variant they used to ship Icewind Dale and started from there. Somewhere along the path of the Dungeons and Dragons licence moving from Interplay to Atari and then reverting to Wizards of the Coast, preserving source code and transferring it to the new rights holder, somehow data was lost."

While developing enhanced versions of Baldur's Gate, Planescape: Torment, and the first Icewind Dale, Beamdog was able to get source code directly from BioWare. "I drove over to the BioWare offices and dug through hard drives and backups for a day and a half, building a big pile of everything I could find," Oster said. "We pulled some of the Planescape source from BioWare archives and some from the [Wizards of the Coast] archives which came to them via Interplay and Atari. The Icewind Dale source code was also from both sources... When we've searched for the Icewind Dale 2 code, there is nothing, not even a pre-release version. We've done the maths and without source code it is simply too expensive to attempt to reverse engineer from an existing version of the game data."

Although anyone can buy and download Icewind Dale 2 on GOG, there's no simple way to extract the source code from finished copies of the game. Because the code is all compiled, the data is inaccessible. "There is really no way to go backwards from a compiled game to the source code to rebuild it," said Oster. "You can decompile the game, but the difficulty of digging through the decompiled blob and extracting anything useful is much too high."

So Icewind Dale 2 remains in limbo — at least until someone finds an old floppy disk in their attic. Or goes to the right garage sale.